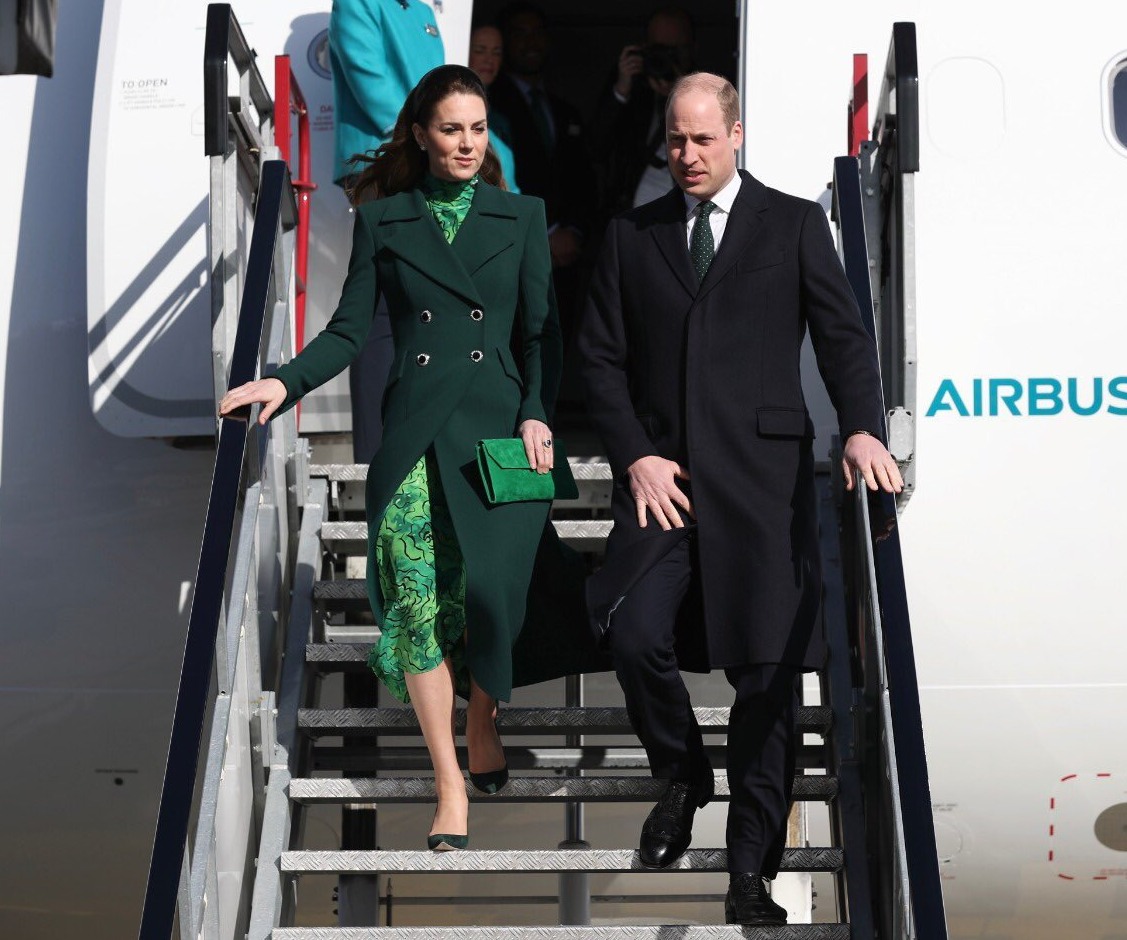 I saw the tweets from the royal reporters early this morning, and I thought it would take a short time for the Duke and Duchess of Cambridge to fly from London to Dublin. It took forever! And you know why? Because William and Kate are still trying to underline the fact that Harry Took Private Planes. William and Kate flew commercial to Ireland, please, everybody praise them for being amazing environmental heroes, and never mention the fact that they have a helicopter they use constantly, nor that they regularly take private planes everywhere. But they’re so performatively environmental! And that’s what people will see.

So, obviously, we got photos of William and Kate exiting the commercial plane in Dublin. And obviously, Kate is letting her theme-dressing freak-flag fly. She must have ordered tons of new clothes so she could be Keen In Green In Ireland. For the plane-exit, Kate wore a peplum’d dress by Alessandra Rich and a coat by Catherine Walker (I’m pretty sure Kate has several green coats in her closet, which she only wears on St. Patrick’s Day, but whatevs). She also had a Dora clutch in green (obvs) and green heels.

I mean… it’s Ireland, I would probably wear green too. I’m slightly disconcerted by all of the different shades of green happening here, because all greens do not “go” together, and at some point, it does become, like, an Irish-friendly costume? I don’t know. The dress is completely hideous. Oh God, she’s wearing one of those “big” headbands too. Lord.

The Duke and Duchess of Cambridge have arrived in Dublin as they begin a three-day official visit to Ireland | https://t.co/MaH1bWUeI0 pic.twitter.com/CQ97cPQ3xD