Mandy Moore’s cat sings with her, but only after she changed the cat’s name 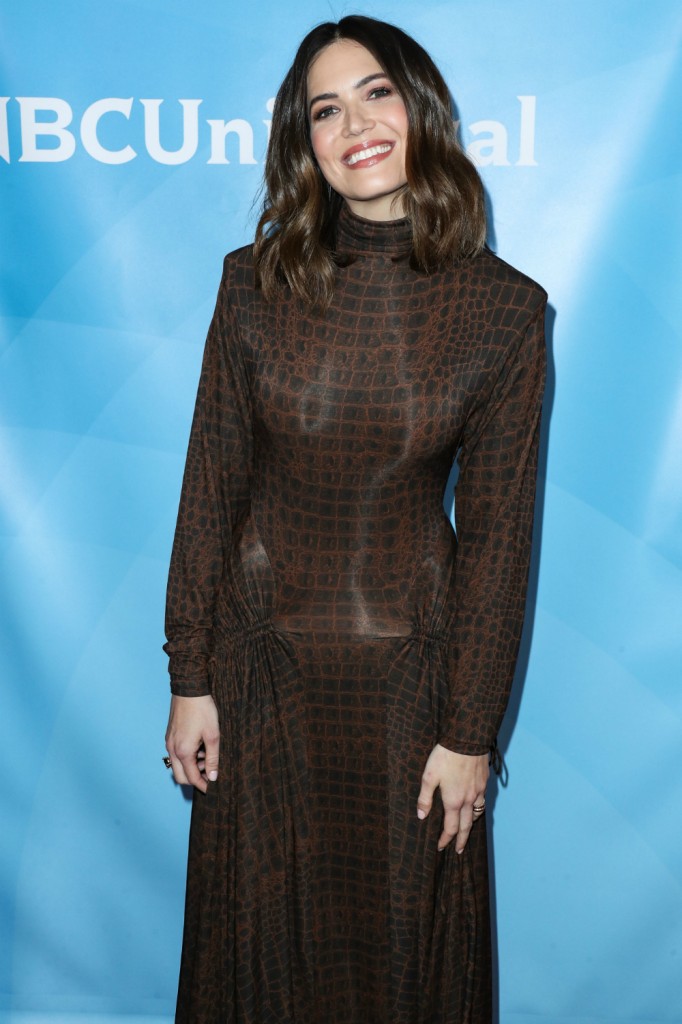 As we discussed last week, Mandy Moore has just released her first album in over a decade called Silver Landings. To promote the album and upcoming tour, Mandy appeared on Ellen DeGeneres’s talk show to discuss her very musical family. As some of you may know, Mandy’s husband, Taylor Goldsmith, is a musician in his own right and helped Mandy write the songs for Silver Landings. But did you know that Mandy and Taylor also have another chanteur in their brood? Their cat Figaro. Apparently, every time Mandy or Taylor start playing an instrument or singing, Figaro, even if he’s napping, will join in. Mandy even brought a clip to show off Figaro’s pipes (1:50 mark)

What Mandy said was, that Fig, née Addison, began his vocal career after Mandy consulted a pet psychic who told Mandy to change the cat’s name.

As you mentioned, your husband is a musician. To be a singer and then to be married to a singer, y’all must just sing around the house.
It’s pretty dreamy, yeah. He’s always playing the piano or playing guitar and we have a house full of animals. We have two dogs and three cats. And I believe one of the last times I was on the show, we talked about Fig, our cat who had to have his name changed because he was freaking out – it’s a very long story: we talked to a pet psychic, she told us we had to change his name to Figaro and truly, any time I start singing or Taylor starts singing, especially when we harmonize, he could be on the other side of the house fast asleep and it’s like, suddenly he’s up on the piano with us. And he sings! I mean, he meows, but…

Wait, I’m really confused, though. You changed the name, and that, plus the singing, the meowing happened. Now, cats just meow for a living, that’s just what they do. It was not meowing before?
No, not like vocal like this.

I’m still a little more hung up on the “I went to a pet psychic” part of this story. As Mandy said, back in 2016, Mandy told Ellen the story. When Mandy was in the process of moving, presumably out of her ex-husband’s home, the cat, who had been named Addison by her ex, was not doing well. It was crying all night and after trying everything she could think of, Mandy remembered a friend of hers who’d taken their dog to a pet psychic. Desperate to help her kitty, Mandy called the same pet psychic who, over the phone, told Mandy the cat hated its name, that Mandy needed to rename him to Figaro and that he was “crying all night” because he loved the acoustics and wanted to hear himself sing. According to Mandy, as soon as they started calling the cat by his chosen name, Figaro, the crying stopped. Not to nitpick a pet psychic story of an over-the-phone diagnosis, but if the cat was crying at night to hear himself sing, why would it stop just because he finally got his stage name? Honestly, I fully accept a pet picking their own name, but was Fig wailing at night a hint as to what the problem was? Because I would have assumed, once he reemerged as La Figaro, he’d ramp his singing up tenfold, like, “now I can truly live my best life!” type caterwauling.

However, the point is that Fig is happy. And I love that he’s taking up the family business. But – and let’s just keep this between us, no need to rain on Mandy’s parade – that is what cats do. YouTube has many examples of cats schooling their humans on how to sell a song. Kate Beckinsale’s cat duets with her as well. Some of the best conversations I’ve ever had were with my cats. My dogs are great listeners, for sure, but if I want a proper dialogue, I’ll look for a cat.

Later in the show, Mandy and Taylor performed Save a Little for Yourself from Mandy’s album. I really like Mandy and I want much success for her but, I don’t know. I haven’t found that song that I want on loop yet.

Happy #Nationalcatday to these 3 bffs (who i found lying together like this when I got home just now). And an extra special thank you to @myfosterkittens for all the work she does for TNR and kitten community, including changing our lives forever with the addition of our Olivia and Peanut girls.

7 Responses to “Mandy Moore’s cat sings with her, but only after she changed the cat’s name”