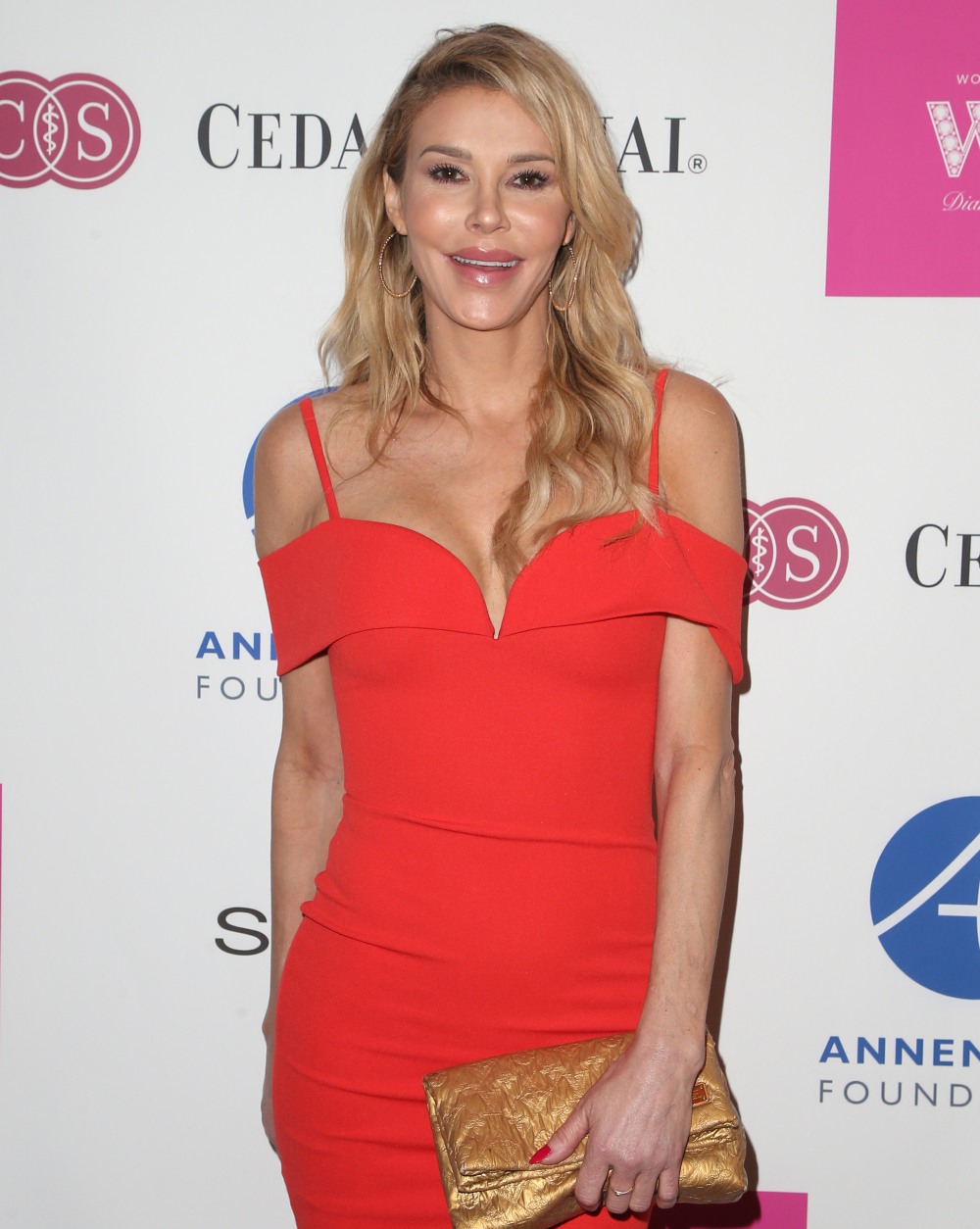 I have no idea who cares, at this point, about Brandi Glanville’s sex life, but I have to admit, I’m still mildly curious. The Denise Richards-Brandi lesbian affair story really breathed new life into my interest in Brandi’s sex life. As it turns out, Brandi wants us to know all about her former lovers! Brandi appeared on Danny Pellegrino’s Everything Iconic podcast and spilled some tea about dating Ben Stiller, Gerard Butler, Matt LeBlanc, David Schwimmer and more. Some highlights:

She made out with a Notebook star pre-Eddie Cibrian: “I dated a lot, I made out a lot. I made out with one of the men in ‘The Notebook.’ They were single at the time, that’s all I will say. I can’t say [who].”

She dated Ben Stiller: “I dated Ben Stiller for a little while, he has a giant penis.” (The “Zoolander” star previously detailed their fling on “Watch What Happens Live with Andy Cohen” in 2016, saying: “It was short-lived and it was fun, I wouldn’t characterize it as a relationship. It was a couple of dates and fun. I’m not sure my wife is even aware of that.”)

She dated David Schwimmer: “He wore makeup. He wore concealer out during the day and it really annoyed me. I understand you’re on set, you’re used to wearing makeup, but I wasn’t used to a man wearing makeup. In the moment, it bothered me.” She also alleged that Schwimmer, 53, called her a “bigger girl,” even though she only remembered weighing “like 109 pounds.” When reached by Page Six, a rep for Schwimmer commented, “The story is false.”

On Denise Richards: “You know what, you’re gonna have to watch[RHOBH] and see… I think people are just anticipating and that’s not what’s gonna happen. There’s always somebody that gets called on their sh-t, somebody gets a big head and every season they start acting like someone they’re not, it’s happened to all of us. Because I’m only in part of the season, I can’t speak to a lot of it but that’s not the vibe I got in any way shape or form. As far as the Denise stuff, because I was given a cease and desist, I’m gonna just not talk about it until I have to… We don’t have a relationship, unfortunately. I would love to be her friend. All I can tell you is I don’t lie.”

She spent a week with Gerard Butler: “I was on Housewives but he did not know that and it really bothered him that I didn’t tell him that. I don’t lead with, somebody comes up to me at a beach party, ‘Hi, I’m on Housewives.’ That’s a–hole-like.” She went on to call him “lovely,” “very handsome” and “sexy,” but claimed he was “a little paranoid” about the paparazzi when they were together. “It was fine, it was good. It was a long time ago,” Glanville added.

[From Page Six and TooFab]

I wonder if David Schwimmer really wears concealer or if he just has the kind of skin where it always LOOKS like he’s wearing concealer? Have you ever met one of those people? You look at them and you’re like “wow, they’ve got a face full of makeup” and then you get closer and you’re like “holy hell, that’s just the way their skin looks naturally?” Anyway, I’m pro-men-wearing-makeup anyway, so whatever. I think it’s interesting that Denise sent a cease and desist to Brandi, and I also think that Brandi’s thing with Ben Stiller was a LONG time ago. 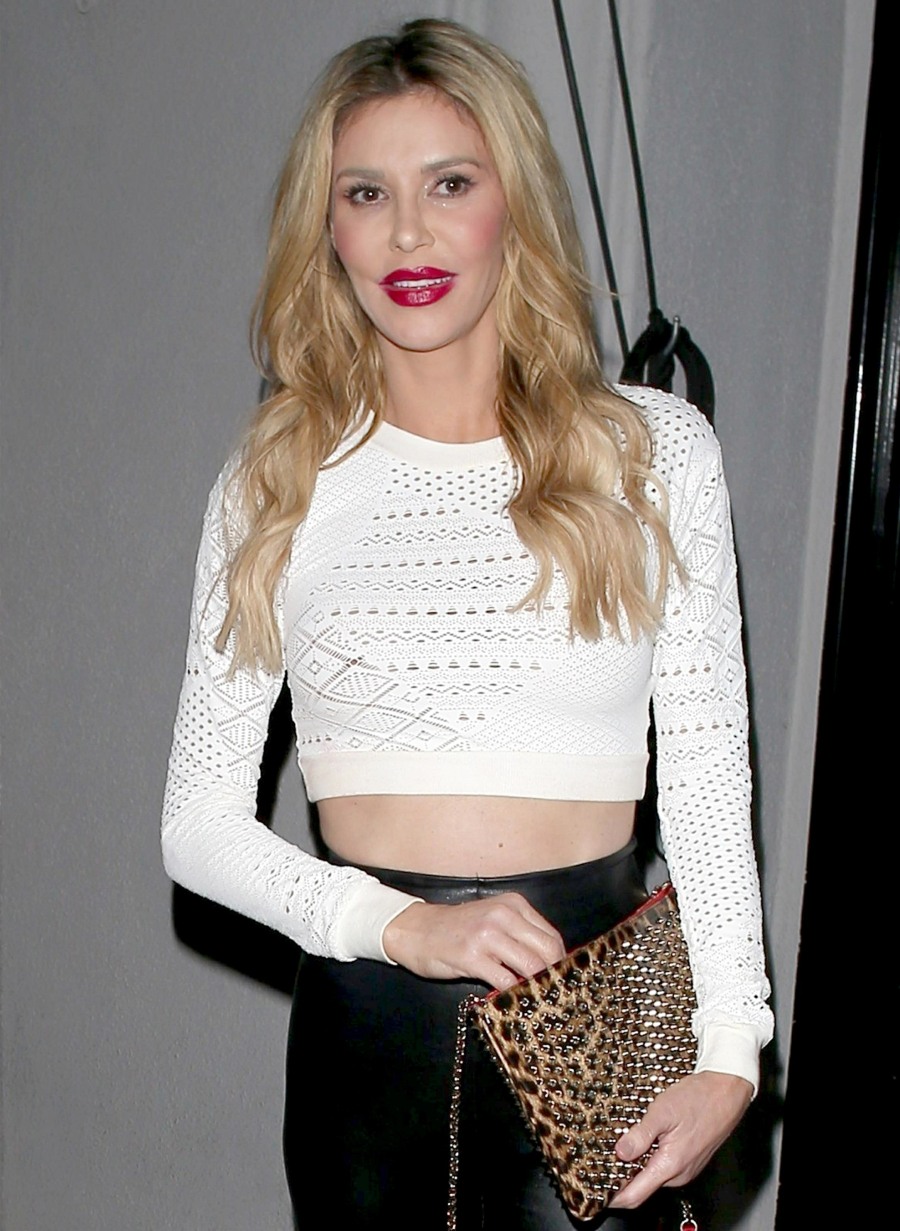