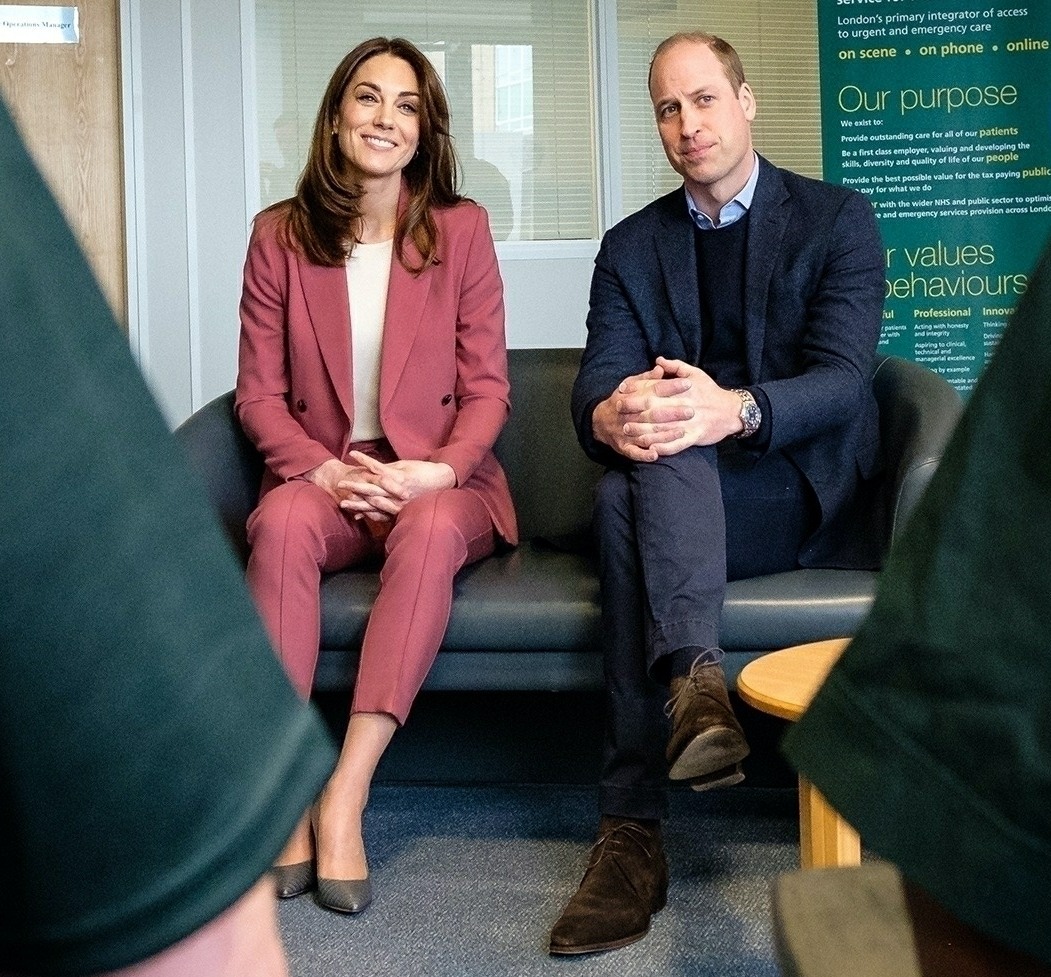 Everyone had thoughts about the photo – posted by Kensington Palace – of the Duchess of Cambridge “at her desk,” posing prettily in a pink suit. I strongly believe that the photo was taken two Fridays ago, the last time William and Kate were in their apartment in Kensington Royal, because Kate wore the same Marks and Spencer suit in that photo which she wore to that photo-op at the emergency call center. But here’s something I didn’t notice about the desk photo: Kate wasn’t wearing her sapphire ring, and she wasn’t wearing her diamond eternity band. Weirdly, she did seem to wear her sapphire ring to the emergency call center the same day though. And she did wear her simple Welsh gold wedding band for the desk photo too. So here’s why Kate didn’t wear her famous rings for the desk photo:

While in self-isolation and working from home, Kate Middleton was pictured without one of her key accessories. On Sunday, Kate and Prince William’s shared photos on their joint Instagram account of the couple diligently working from home. In one of the snaps, the royal mom of three, who wore the coral pink Marks & Spencer suit that she also wore to a recent call center visit with Prince William, 37, was notably without her sapphire and diamond engagement ring and her diamond eternity band.

Her decision to remove her jewelry is likely to aid in the effectiveness of handwashing, which is essential in stopping the spread of the virus.

While Kate, 38, wore her Welsh gold wedding band, she was missing her iconic engagement ring, which once belonged to her late mother-in-law, Princess Diana. She also opted to not wear her white gold diamond eternity band.

A 2018 study at Georgia State University found that rings provided “a protected area [on the skin] in which bacteria can flourish,” according to researchers. They also found that those who didn’t wear rings were able to kill more bacteria when washing their hands than those who wore rings.

LMAO @ “diligently working from home.” William and Kate can really do the bare minimum and they’re considered “diligent,” meanwhile Meghan worked her ass off in a short time and she was smeared and abused. Anyway. As for the ring thing… I know a lot of women would never remove their wedding rings for anything, but some women do. Kate usually removes Big Blue when she’s visiting hospitals or any kind of medical facility, so… why didn’t she remove it for the visit to the emergency call center? And then she removed it for the posed photo at her desk in KP? I bet she’s keeping it off during the quarantine too. 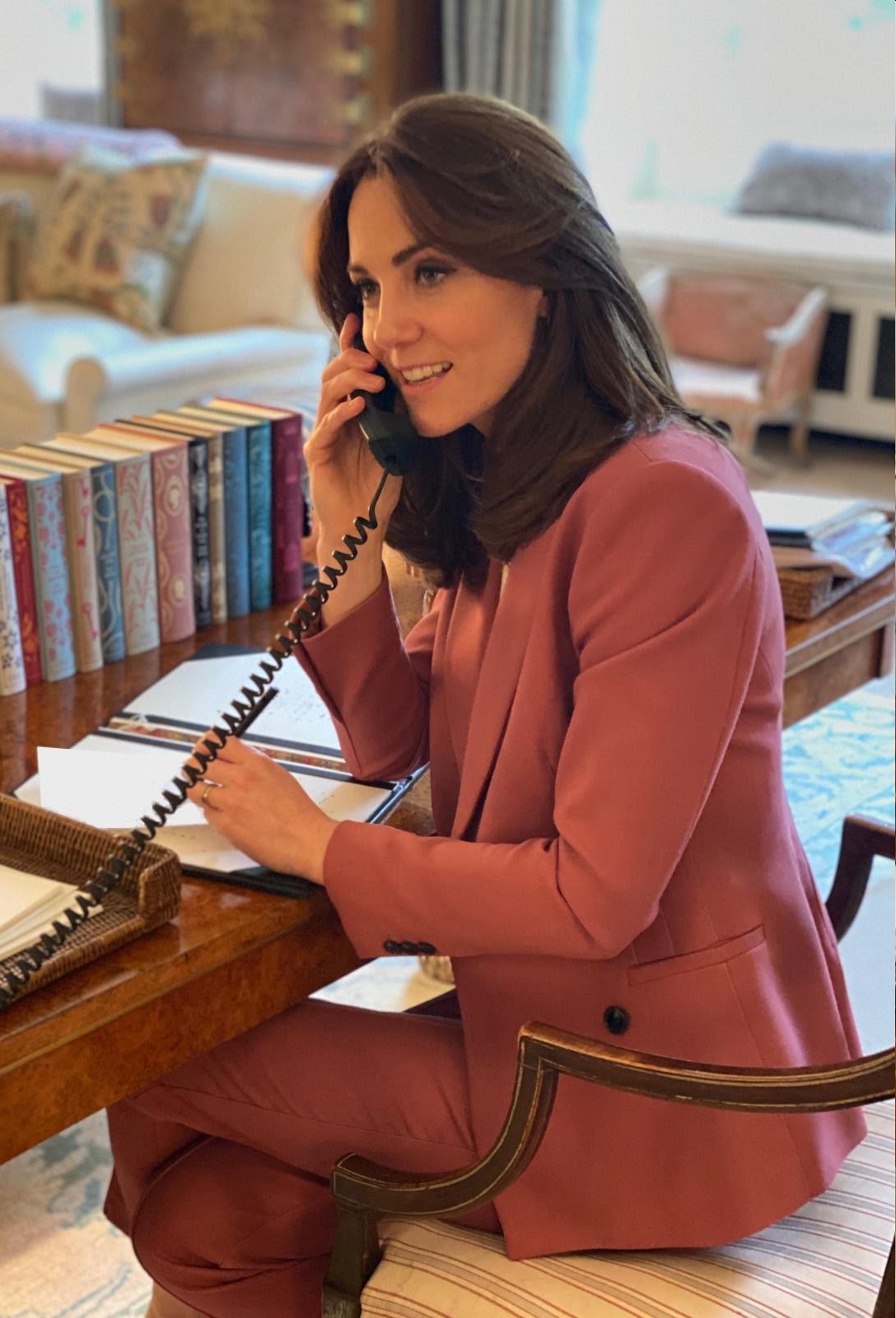 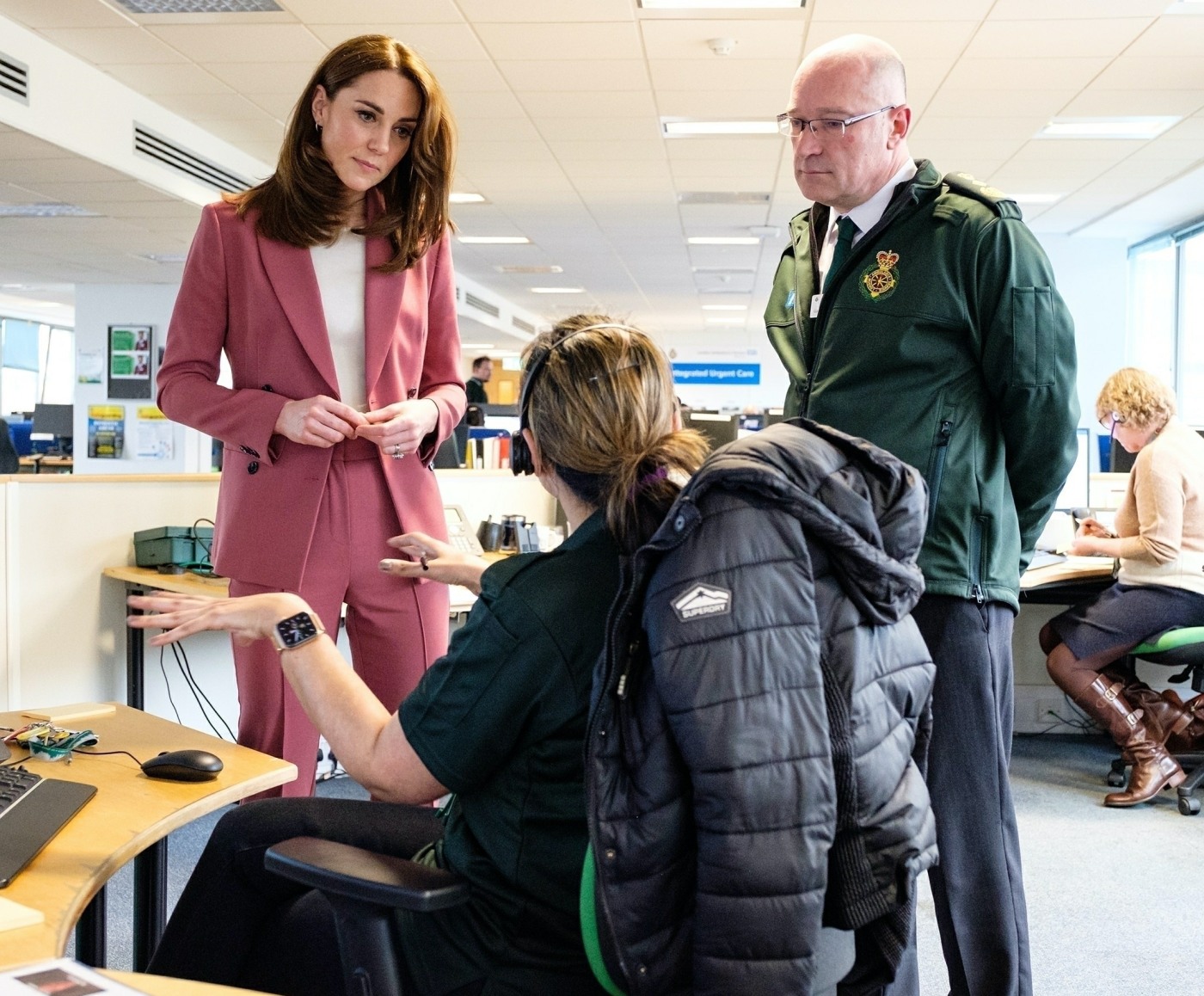 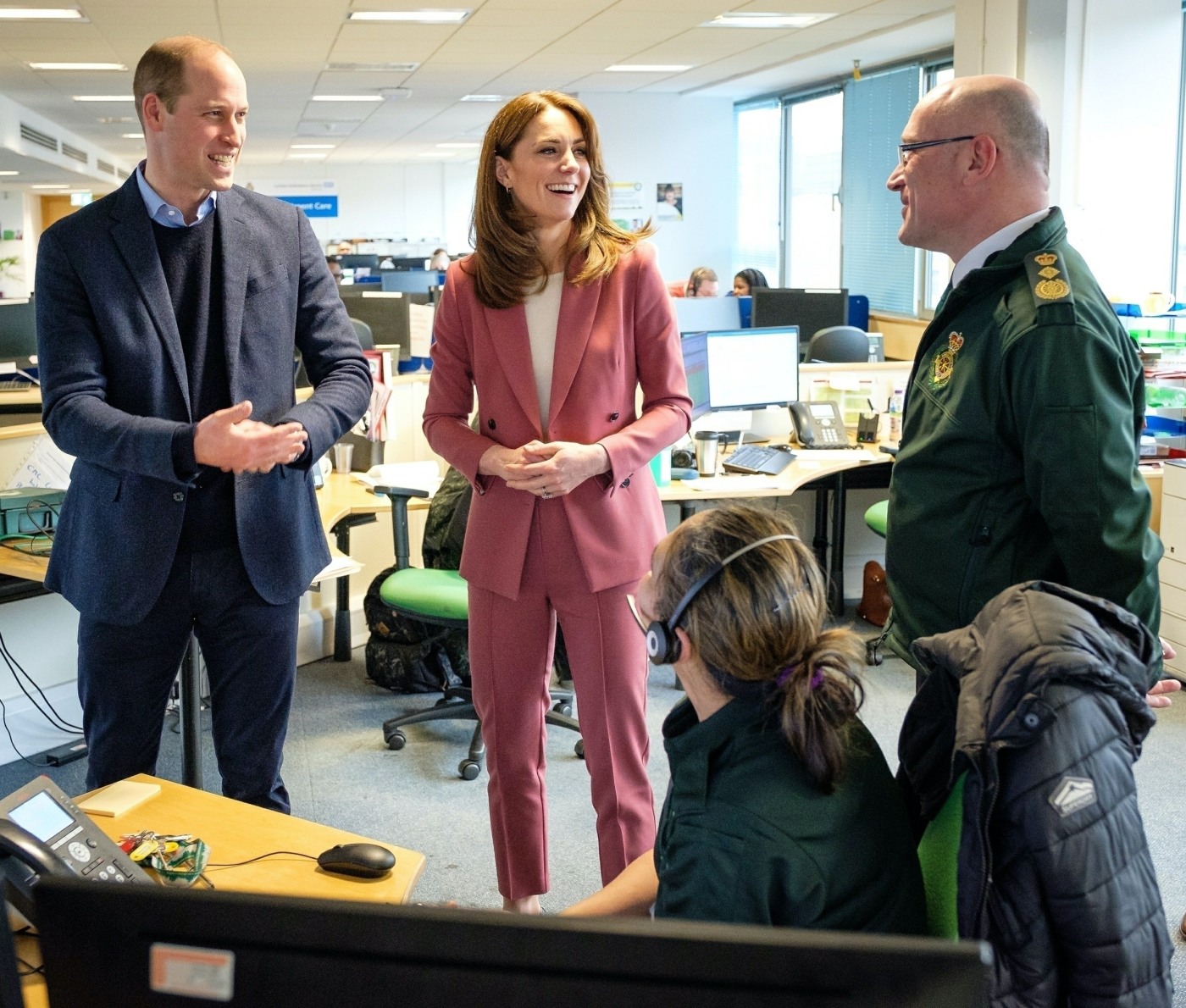