Lea Seydoux: ‘It’s good to be a feminist but we should be ‘mascu­linist’ too’ 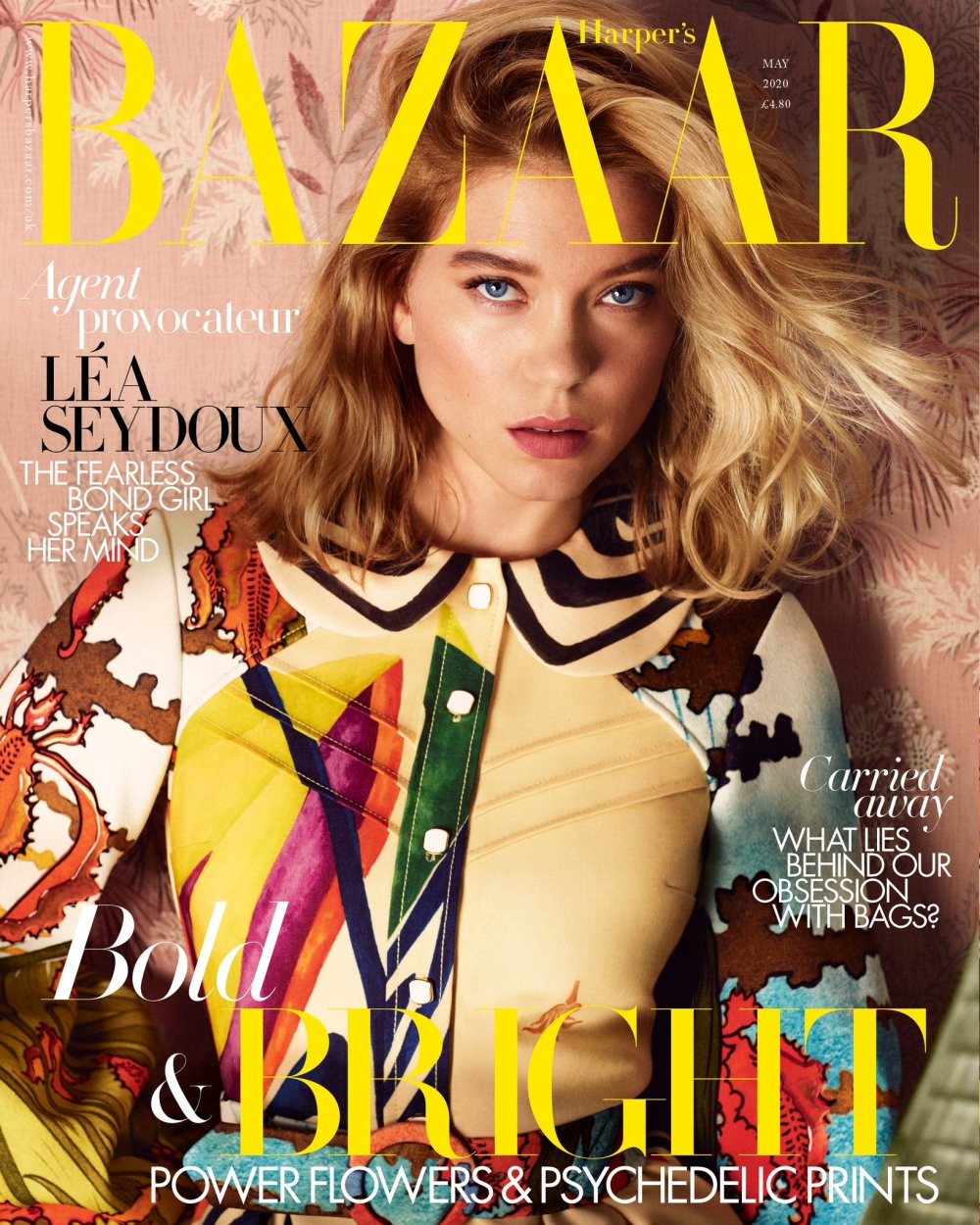 Lea Seydoux covers the May issue of Harper’s Bazaar UK to promote the latest James Bond film, No Time to Die. The film’s release was one of the first ones to be pushed back with the pandemic, but that means that the actors involved had already done loads of print interviews and magazine interviews. Lea clearly spoke to Bazaar weeks (if not months) before the coronavirus took over the newscycle. And as such, the interview seems somewhat… out of touch. I always feel bad about criticizing an actress who is giving an interview in English when English is her second (or third, or fourth) language, because I want to say “maybe something was lost in translation.” Either that, or Lea is really mad that women might consider themselves victims after they were victimized by rapists and predators in the film industry?? You can read the full piece here. Some highlights:

Growing up in a wealthy, well-connected family: As a child she was, she says, “very, very shy. Almost autistic. Almost. I was completely, completely in my own world. I was not connected to people. I was in my own bubble. But at the same time, I was always very aware and conscious of the world. Which is a little of a contradiction.”

She doesn’t think people change: “I’m always playing the same character again and again. The form is different, but the depth is always the same. Interesting, huh?” This also happens to be her theory of human nature. Seydoux believes that people don’t – can’t – change.”I feel that I’m the same as I was when I was a kid. I think there is a mechanism, a way of thinking that will never change. You don’t feel that? I think you evolve, but you don’t change.”

On the essay she wrote about Harvey Weinstein & other film industry predators. “I wanted to say that I don’t victimise myself, that I was aware… I’m not naive, that’s all.” Seydoux is suspicious of the victim mentality that seems to have arisen in the wake of Me Too. “There is a lot of hypocrisy. Because people knew! And they take advantage now to say ‘Yes, I’ve been a victim,’ and they become heroes. Come on! A hero, for me, would forgive.” Forgive the men who have abused their posi­tions, who took advantage of so many women? “So, what? Because they’ve done that they’re done? They’re dead? We need forgiveness, right?”

She’s not politically correct: “There is something about the system that I don’t like. Where you have to fit in a certain way… I don’t want to be where people expect me. I don’t want to be classified… I hate the politi­cally correct. And I hate morality. The judgement. The world has become so polished now, I find it very scary. We’re not allowed to commit any mistakes.”

Men are scared? “I think men are scared. It hasn’t been told yet by men but… I think it’s great that women are speaking out. It’s true that in so many countries, women’s condition is terrible, terrible. And I can understand also that for past generations it was a real struggle. For me, I’ve never felt that I was inferior to men. Never have I thought that I couldn’t do something because I was a woman. But I know that I’m lucky because I live in a country where I’m free and I know that it’s hard in other countries. But I would like this” – she means not just Me Too, but the whole conversation – “to be less openly violent. And we should be able to forgive.”

People should be masculinists too: “It’s good to be a feminist but we should be ‘mascu­linist’ too. And vice versa. Men should be feminists. We should support each other.”

Why would men ever feel the need to change their behavior when women do the most to convince them that no change is needed? Why be a feminist when women refuse to acknowledge the patriarchy which has been enforced upon them since birth? And all this talk of forgiveness… yeah, Harvey Weinstein didn’t assault me, but I’m still not forgiving him. Before any conversation about forgiveness, shouldn’t there be an acknowledge of what was taken, what was abused, an acknowledgement of the damage? Harvey has never done that. Very few abusers do. So no forgiveness. And this whole thing about “openly violent” – wtf. I hope this was all just Lea not being able to express herself properly in English. 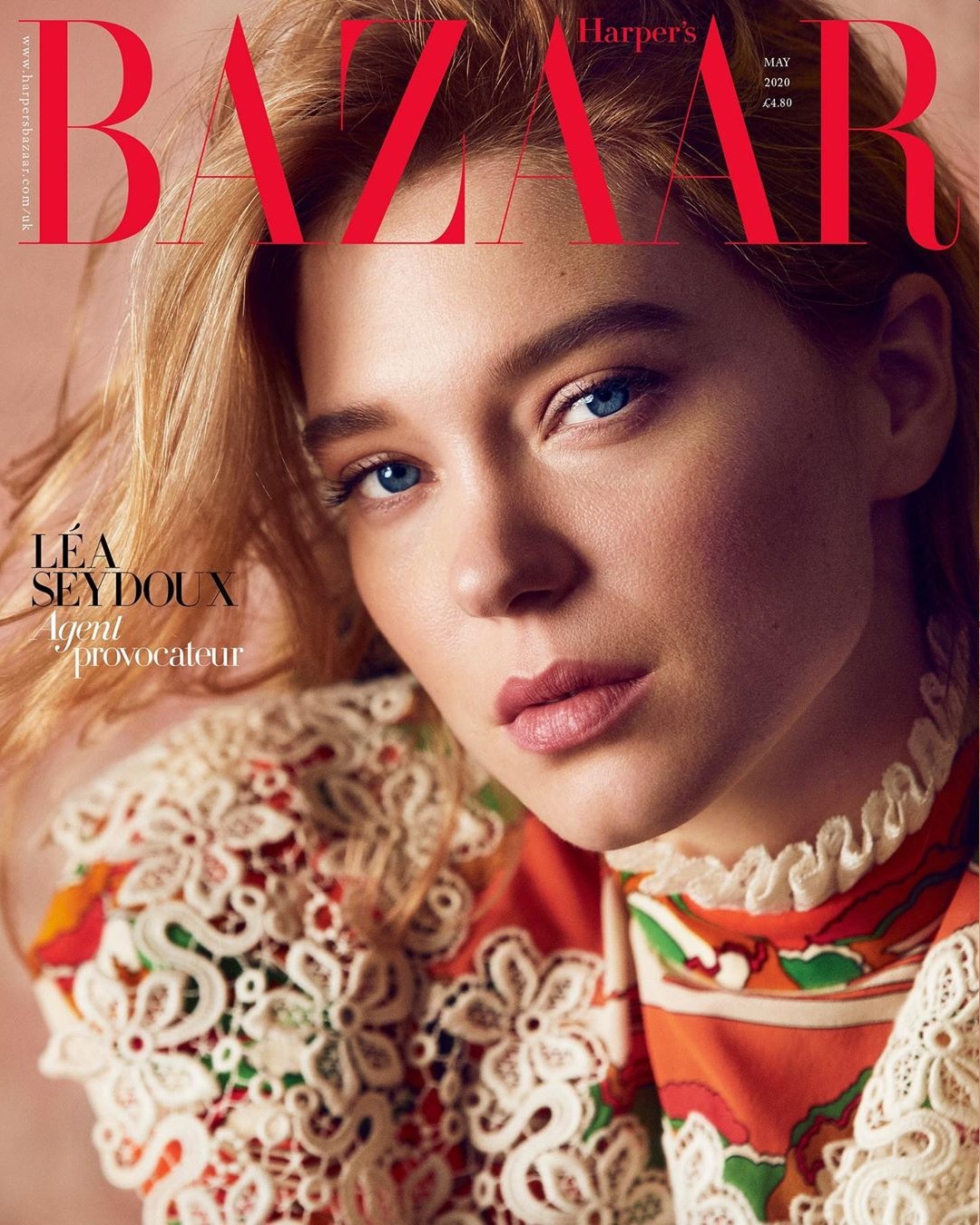 73 Responses to “Lea Seydoux: ‘It’s good to be a feminist but we should be ‘mascu­linist’ too’”