David Harbour gave out his phone number to fans, will he text directly back? 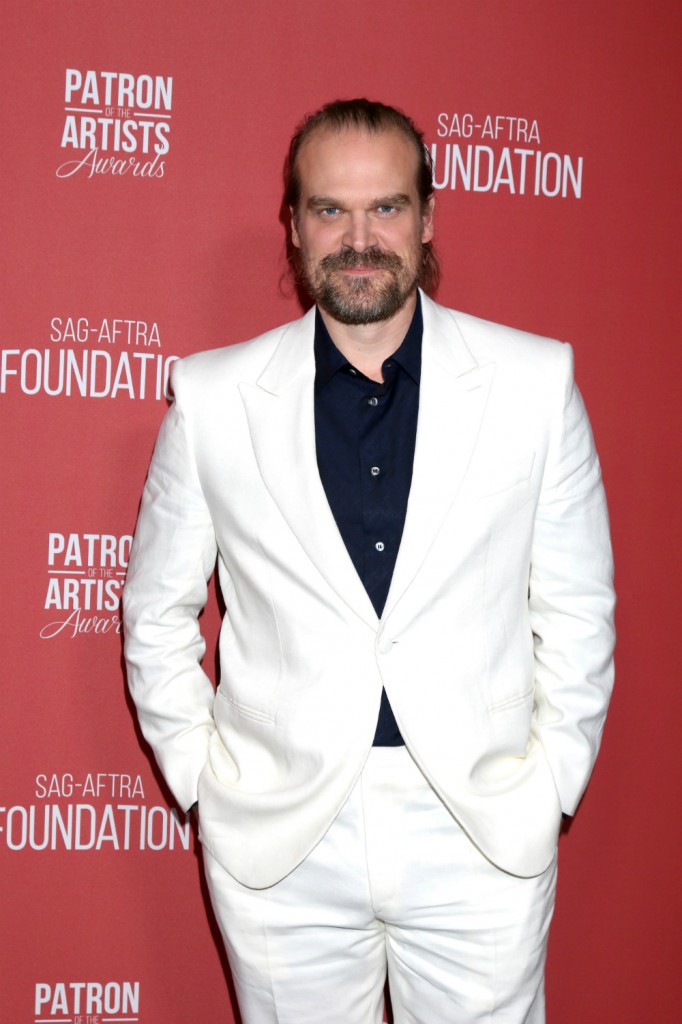 There is a new-ish trend with celebrities to give out a phone number to fans so they (the fans) can text and presumably chat with them. The latest celebrity to reach out in this way is supposedly-dead Stranger Things sheriff, David Harbour. Thursday, David posted this video to his Instagram:

Text me (please not just ‘i love stranger things’ but with info about yourself, where are you? what do you do? Instagram handle? How’s money and work in this time? How’s family? Anything else you feel like might be interesting for me to know about you during all this?) 1 917 540 5294. Clearly, in the overwhelming nature of the numbers thing, i won’t get to reply to everyone, and I may not even see yours (apologies in advance if that happens) but I will try to compile some database of fans and friends to see if there are easy ways to connect and help each other in the future. If I am completely overwhelmed by this and it is a disaster I will keep you posted😋

What he said in his video was:

Alright, so I have this number, this phone number, that you can text me at, with this app, this Community app. I want you to text me some information about yourself. Are you a teacher? Are you a writer, just sitting at your desk? Do you work for Whole Foods, do you work for Amazon? Are you a nurse, are you a doctor? Some famous politician, are you like, Mike Huckabee and you’re watching me? Are you a video game streamer, like, do you play for the Mets? Do you work at Costco, like what’s your deal? Are your making money, are you broke? Are you worried about rent? Are you excited about the prospect of the stock market plummeting and everyone getting back to zero? Text me some information about yourself. I may want to get people together, fans and friends and sort of do some projects together. Let’s see if we can do some creative stuff or help each other out. Is this a terrible idea? Maybe. Text me.

I know he’s not the first celeb to do this but this is a big step for David, who has struggled socially due to his battle with mental illness. It is quite possible this will overwhelm him, as he mentioned in his caption. I do appreciate that he’s letting fans know up front that he may not even see their text. I cannot imagine the volume of messages, tweets and now texts these folks must get. It overwhelms me just thinking about it, but more than 20 emails in my inbox will raise my blood pressure so I’d be a mess at this.

The ‘trend’ of giving out phone numbers to text started last year and, as David mentioned, comes to us from the LA-based company Community. The way it’s presented is that anyone can text the number and once they click on a link to be added to that person’s contact list, they can communicate directly to the person that gave them the number. But according to LA Magazine, it sounds more like direct Twitter. Instead of receiving a response like, “Hey Hecate, so glad you texted me. I agree, we do sound like we belong together! xoxo Diego L.” It’s just general tweets about the celebs latest breakfast or travel plans. It’s a marketing list, although Community swears they won’t sell your information. If you call the number, supposedly you get a voicemail asking you to text instead and not leave a voice message. So here is my question, what do celebrities like David think will happen when they set their number up? I don’t know David, obviously, but he sounds sincere in his video. Does he really think he will be able to introduce fans to each other or work on a project together? Ashton Kutcher was one of the first to jump on this train but he’s an investor in the company so that explains his motivation (and why he never, apparently, responds to anyone directly). It’s a cool concept. I’d love to think I could text Martha Stewart to ask the best way to salvage a burned pot roast, but it doesn’t sound like that’s what happening. I’ll be curious if this whole text phenomena results in celebrities and fans actually connecting or just a series of semi-inspirational quotes and project announcements?

If you want a true connection opportunity, check out CB’s Zoom events on Wednesdays at 4 PM, EST. Email her at info (at) celebitchy dot com. 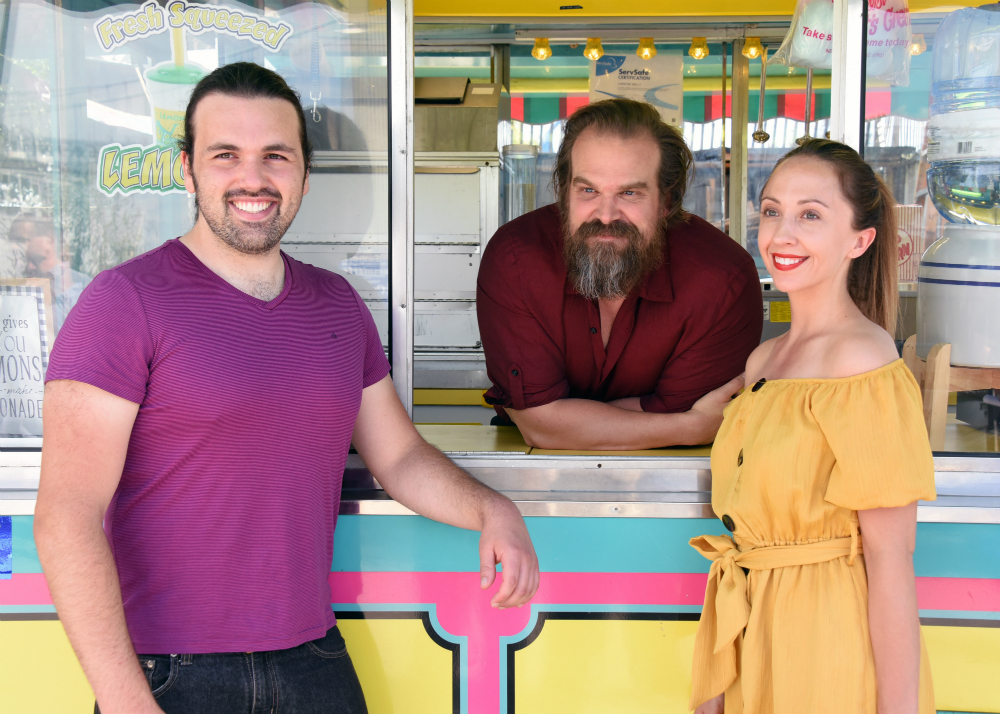 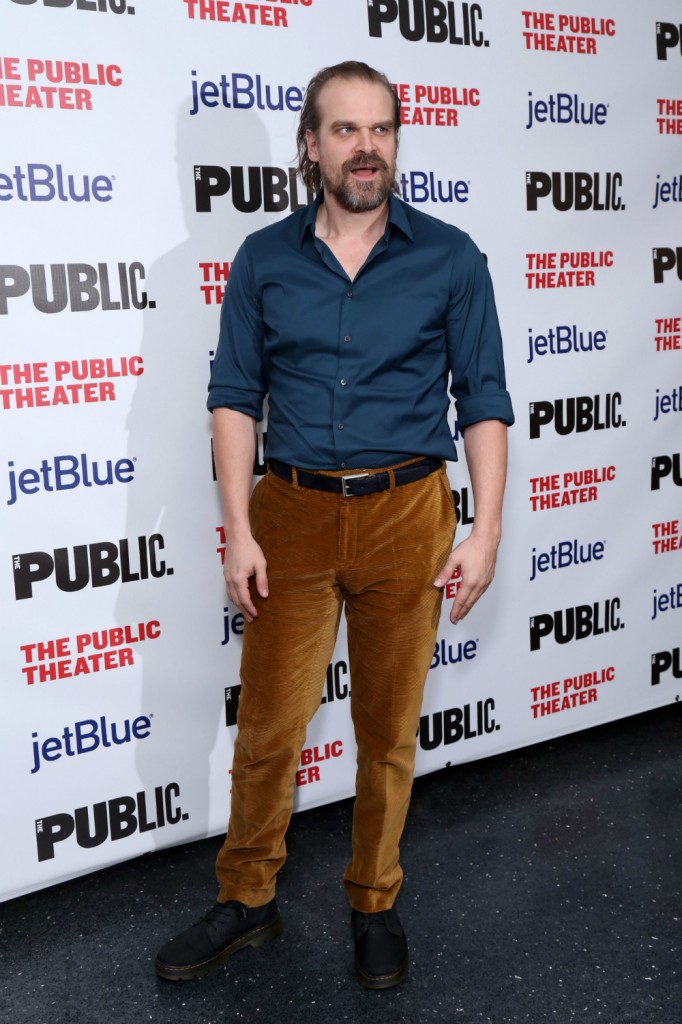 2 Responses to “David Harbour gave out his phone number to fans, will he text directly back?”