Prince William: ‘I think Britain is at its best, weirdly, when we’re all in a crisis’ 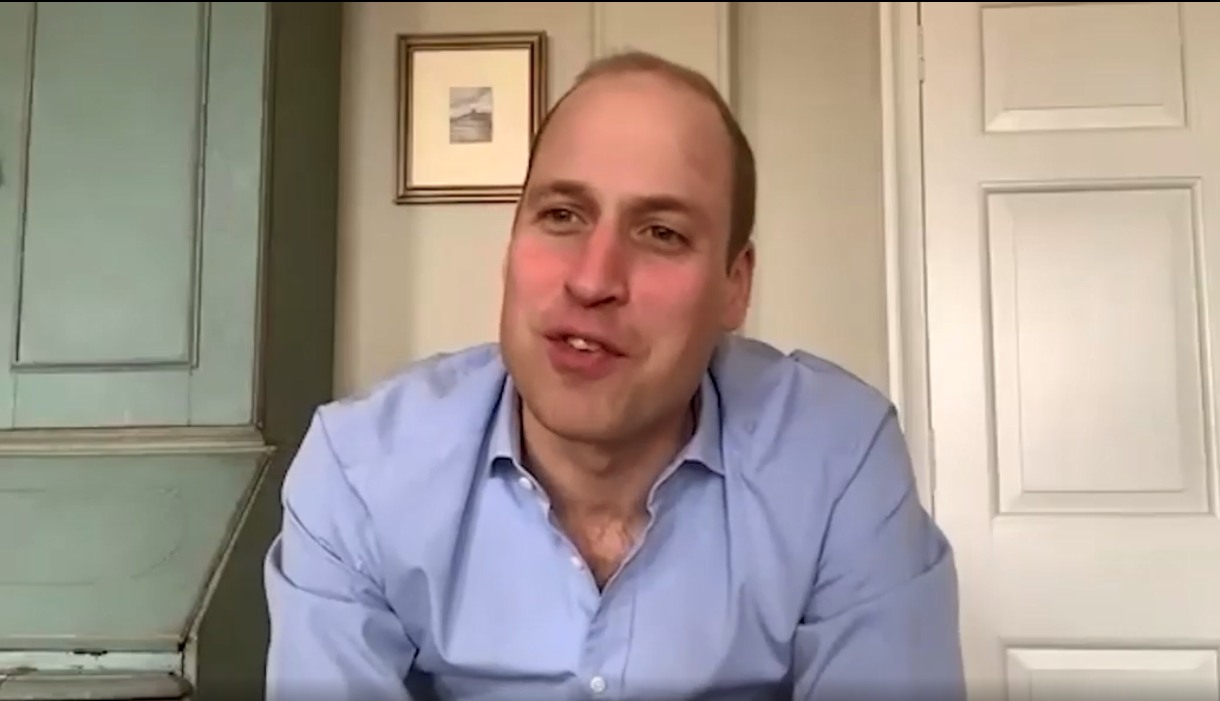 Well, well. Ol’ Workshy William has finally found a way to “contribute” during the pandemic. It took him weeks to work it out, and he and Kate were so slow to realize that they could – gasp – work from home, place Zoom calls to charities and put their faces out to take credit for being future king and future queen. Nevermind that they waited until the Countess of Wessex, Prince Charles and Camilla and even the Queen had all shown that they were working from home. After last week’s call-in to kids of essential workers, William did separate Zoom chats with charities and then used the Kensington Royal social media to publicize it.

Prince William shared some heartfelt words of gratitude with local volunteers in honour of his new role as patron of the National Emergencies Trust, which began on Easter Sunday. The Duke of Cambridge made calls to small charities in Yorkshire and Wales in order to thank those who volunteer for them for their hard work. The trust has raised millions of pounds with its coronavirus appeal, which is being distributed to local charities to help with valuable work in the community.

Last week, William spoke via video link to Jacky Crawford, head of service at Moorland Community Charity in the East Riding of Yorkshire, which runs a food bank and delivers hot meals on wheels. Jacky told him that the charity has seen a “really dramatic increase” in referrals since the outbreak of COVID-19 before saying: “There’s nothing like a crisis to bring you all together.” The Prince agreed, responding: “I think Britain is at its best, weirdly, when we’re all in a crisis. That community spirit and community feel comes rushing back quicker than anything else.”

The Prince also chatted with Natalie Webster, who runs Dal Dy Dir, a community farm in Wales that was founded to support people with disabilities which has used the funding from the NET to distribute food parcels to vulnerable people nearby. William said: “Thank goodness you’re there, Natalie. It’s got to be reassuring for everyone when so much is changing around them to know that you’re still there and your team are still looking out for them. That little bit of reassurance goes a long way.”

The headline everyone is running with is “I think Britain is at its best, weirdly, when we’re all in a crisis.” It sounds idiotic on its own, but I watched the video and it came out organically, after Jackie Crawford was talking at length about all of the work she’s doing in the field in Yorkshire to support the community. The part that bothered me about that call was that he cuts her off when she’s trying to brag about some additional, small initiatives they’re working on in Yorkshire. Rude! As for the idea or the reality that Britain loves a crisis… can something be tone-deaf AND true? Because it feels like it’s both.

The Duke called in to check with a community farm based in Wales to understand how @NatEmergTrust funding has enabled them to continue supporting families, distribute food parcels and grow emergency supplies of vegetables #NETCoronavirusAppeal pic.twitter.com/VGlLN69L7N

The Duke of Cambridge, newly announced as Patron of @National_Emergencies_Trust_ (NET) spoke with the Moorlands Community Charity in Yorkshire about the challenges they are facing and how they are using NET funding to support their community. The charity runs a food bank and are delivering freshly cooked hot meals to increasing numbers of isolated individuals, and have seen a significant rise in referrals to the service since the outbreak of Covid-19. Moorlands accessed NET funding extremely quickly in order to purchase emergency rations of female sanitary products, nappies, baby milk powder and toilet rolls, that had been in short supply due to stockpiling. Visit @national_emergencies_trust_ to find out more about #NETCoronavirusAppeal, launched by The Duke of Cambridge last month.

129 Responses to “Prince William: ‘I think Britain is at its best, weirdly, when we’re all in a crisis’”