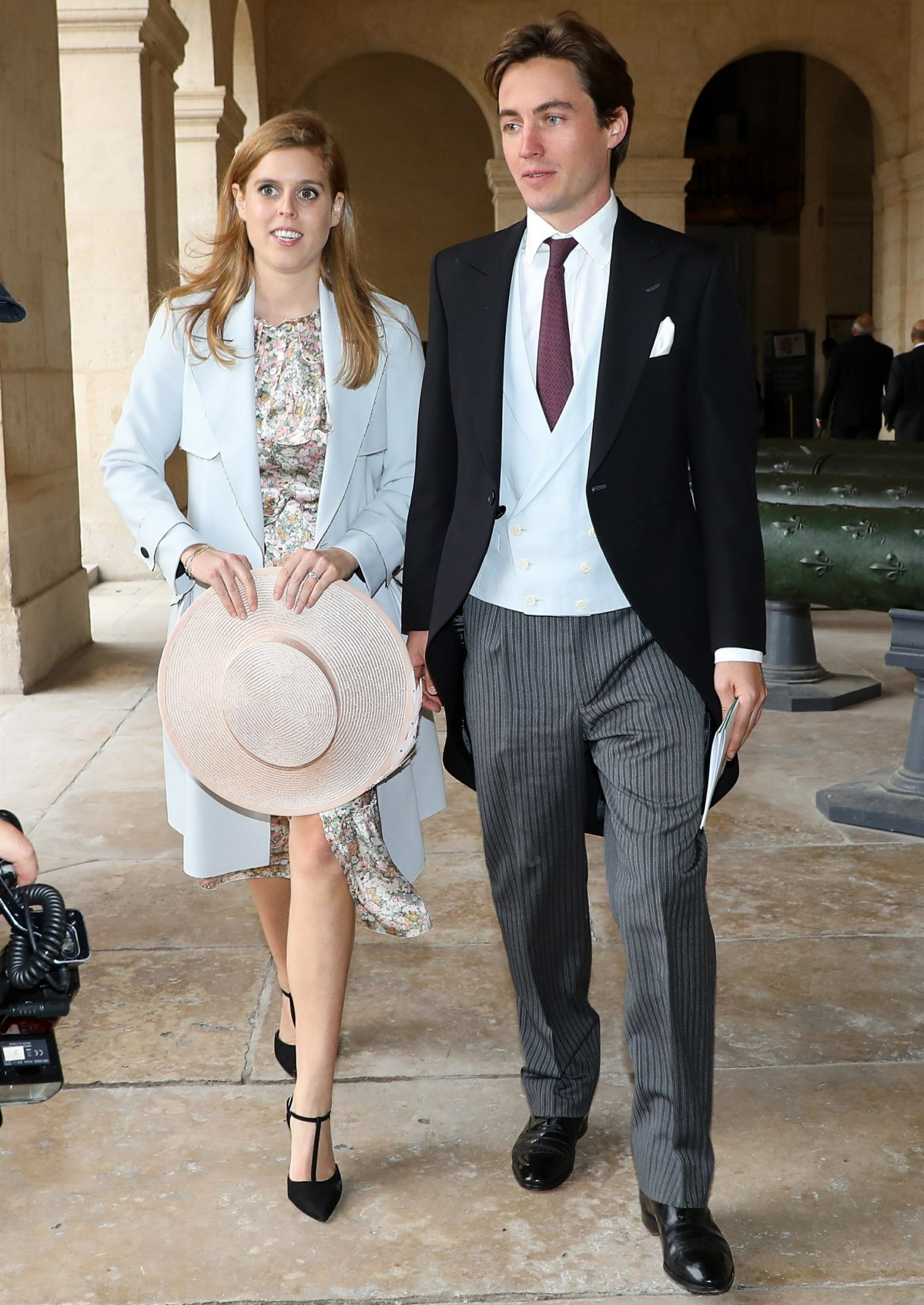 It’s been a few weeks since we talked about Princess Beatrice’s struggle-wedding to Edoardo Mapelli Mozzi. For months after their engagement, they were not allowed to announce anything about their wedding. They had to change their wedding plans because Prince Andrew is a terrible person and he showed how terrible he is during a BBC interview. They finally got to schedule their small palace tent-wedding in May. Then the coronavirus lockdown hit and their plans were thrown into disarray. That’s where we left things two weeks ago (feels like a lifetime): Beatrice and Edo were likely going to postpone their wedding until next year, but no one had confirmed anything. Now it seems certain that a postponement will come. And not only that, Beatrice seems hellbent on doing a big, splashy wedding next year. From the Daily Mail’s Talk of the Town column:

Princess Beatrice has a wonderful idea to bolster the nation’s morale – an even bigger wedding for her and fiance Edoardo Mapelli Mozzi! The couple were due to marry at St James’s Palace in London next month, before the Queen hosted a reception for the happy couple in the gardens of Buckingham Palace. The smaller, private ceremony was planned after Bea’s father Prince Andrew was engulfed in the Jeffrey Epstein scandal, culminating in his humiliating interview with Newsnight’s Emily Maitlis. But Bea’s big day was put on hold following the Government’s advice about social distancing due to the coronavirus outbreak.

Now friends tell me that the cancellation might be a blessing in disguise, as plans are being hatched for a much larger affair next year. That should be the perfect tonic for Britons fed up after lockdown. An insider says: ‘As the granddaughter of the Queen, it seems unfair that Bea would have had to hide her nuptials from the public when her younger sister Eugenie did not have to. Eugenie’s wedding was televised and watched by three million viewers in the UK alone. Beatrice and Eugenie’s profiles and workload will increase after the departure of Harry and Meghan.

‘Beatrice wants to show the public that she will never shirk her civic duties. She wants the public to see her as an individual, and not to be judged for the mistakes of her father. By next year, it would be wonderful if she could hold her head up high as she walks down the aisle in front of hundreds of people.’

Friends suggest St George’s Chapel, Windsor, which can accommodate 800 guests, would be the obvious choice for the ceremony. It remains to be seen if it would be appropriate for Bea to follow Eugenie by having the reception at their father’s official residence, Royal Lodge. Perhaps a Royal Wedding in 2021 is just what is needed to boost the spirit of the nation.

I just… I mean… it’s sort of funny, right? We could all use a brief moment of hilarity. Millions unemployed, the global economy in free-fall, an incipient recession/depression, and thousands dying every day from a viral pandemic. And there’s Princess Beatrice, opportunistically claiming that it’s her God-given right to have a BIG taxpayer-funded wedding next year as a special treat because A) she had to cancel her small wedding, B) people will have forgotten about her horrible father by then, C) she wants a big wedding to lift up the nation! All of these arguments make sense if you’re within the royal family though, so I imagine the Queen will sign off on this completely. 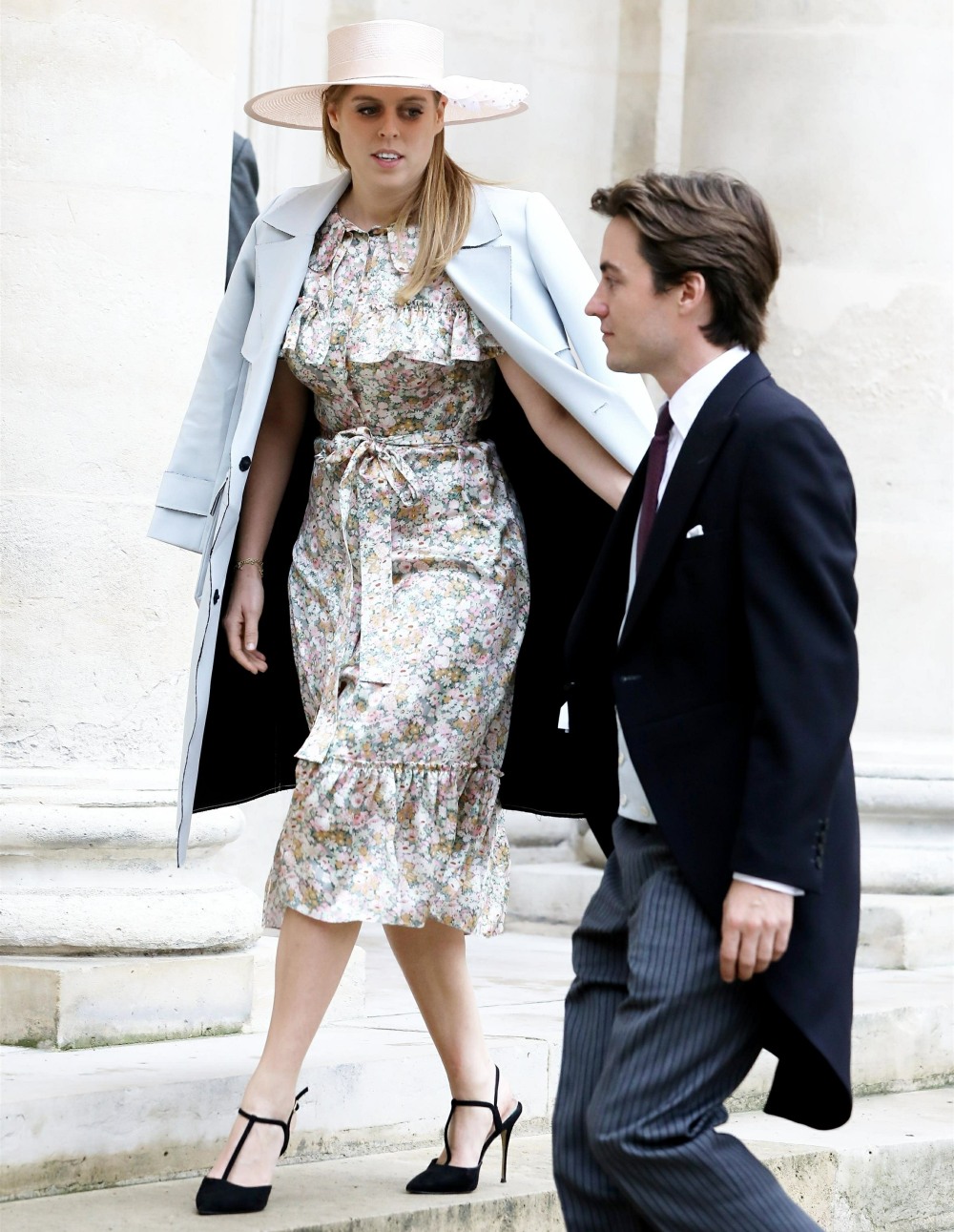