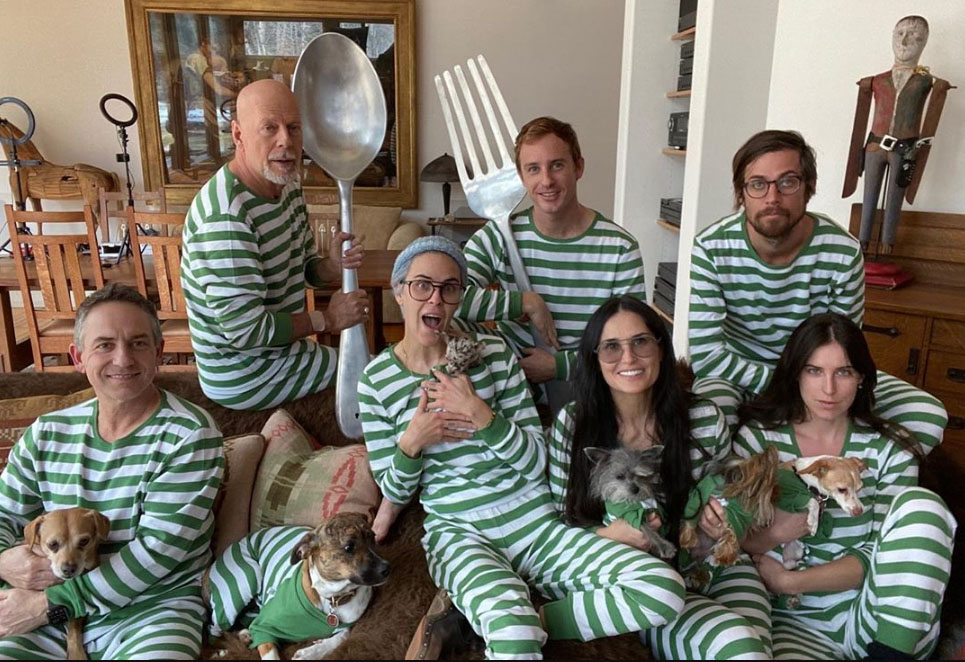 Last week a lot of people were wondering why Bruce Willis was quarantining with his ex wife, Demi Moore, and their adult daughters in Idaho rather than in LA with his wife, Emma Heming, and their daughters, aged eight and five. Emma was commenting on Bruce and Demi’s cutesy social media photos that she missed them. Plus she’s made posts for Bruce’s birthday and their anniversary while they’re apart. A source told People that everything was fine in Emma and Bruce’s marriage, that Emma gets along with Demi and they’re a great blended family, and that Emma and the girls had to stay in LA. It seemed suspicious, and many of you wondered whether Emma and Bruce were separated and just covering it up. In fact we talked about it on our podcast this week. I mentioned that several of you commented that Bruce and Demi are in a virus hotspot near Sun Valley that has been under special lockdown. In a new statement to Entertainment Tonight, a source close to Bruce confirmed that and clarified the situation that he and Demi are in.

A source tells ET that Willis kind of got stuck in Idaho amid the… outbreak.

“He has a house directly across the street from Demi’s house in Sun Valley. It’s been for sale for years. He was visiting and his family was considering quarantining there. He got stuck because Sun Valley became one of the… hotspots,” the source explains.

As for Heming, she was OK with Willis staying in Idaho as she prefers sunny L.A. “He’s very much with Emma,” the source adds.

A second source tells ET that Willis is in touch with Heming and their daughters — Mabel, 8, and Evelyn, 5 — “daily,” and that them being apart isn’t “weird to them.”

“Bruce and Demi made a decision to quarantine together with their children and have been doing so for over a month. The family didn’t want to take any risks of outside influences so they’ve stayed away from socializing with anyone but their family. Bruce isn’t with his wife or young children, but that was understood going into this,” the source shares. “Bruce, Demi and Emma have always had a great relationship and are good friends and none of this is weird to them. It’s outside people who are making it more than it is.”

Moore and Willis divorced in 2000, after 13 years of marriage. While they’ve been close friends for years, a third source tells ET they “never thought they would be forced at this age to stay in one home together 24/7.”

That doesn’t mean the former couple aren’t enjoying their time together, however. “It’s become a slumber party and they have settled in perfectly,” the source says, repeating, “Emma loves Bruce and is fine with him staying with his older children and Demi during this time.”

I searched on Bruce’s Sun Valley properties and he was said to have sold his estate in 2018, which is, of course amazing. It’s got a waterfall, guest house with a separate gym and is an entire compound on 20 acres. I bet that the sale didn’t go through though and that’s what the article is referring to. Here’s a google maps view of Demi Moore’s house in that area. I couldn’t verify where he lives now but apparently Bruce bought a ton of property and some businesses in the small town of Hailey, Idaho in the late 90s. He helped revive the town but also pissed off some of the locals.

After I wrote all this we also got a tip from someone who listened to a recovery podcast called The Dopey Podcast. Scout Willis was a guest on the most recent episode and she said her sister, Bruce’s youngest daughter, played with a hypodermic needle at a park and that’s why his wife Emma couldn’t come with their two daughters. This is what Scout said and it’s at 1:11 into this episode:

So my step mom was going to come up here too with my little sisters but actually my younger sister, who is now 7, at a park had never gotten the talk about not f’ing with hypodermic needles that she found so she actually tried to poke her shoe with it and poked her foot. So my stepmom had to be in LA waiting to get the results from taking her to the doctor. So my dad came up here early and travel got crazy so my stepmom stayed in LA with my little sisters. It’s been really funny having both my parents at the house where they raised us. Which has been really cute. They both were just such nerdy adorable 90s parents in the small town where they chose to have their kids and not be in LA.

[From The Dopey Podcast]

She also said everyone in her family is sober now, which is nice. This story puts perspective on it and I understand why Bruce and Emma didn’t disclose that to the public. Scout just told us about it so it’s out there now.

As for Bruce and Demi’s quarantine, I wonder what their plans are moving forward. It seems like even mega rich people can’t travel at this time, which is good but surprises me. I thought they could still get private planes because there are still a small number of planes flying.

It’s Bruce’s birthday today! 🎉🎈🎂 And where I could use this space to write endlessly about him, let’s be real, he’s never going to see this post because he’s not on social media. So instead I’ll take this moment to ask everyone to please follow the @cdcgov guidelines closely so that we’re all safe and can move through this quickly and effectively so we can get back to some kind of normalcy, please. Look after yourselves and especially our elderly! 🙏🏽 #publicserviceannouncement #covid_19 #flattenthecurve #staywell #birthdayappreciation #brucewillis 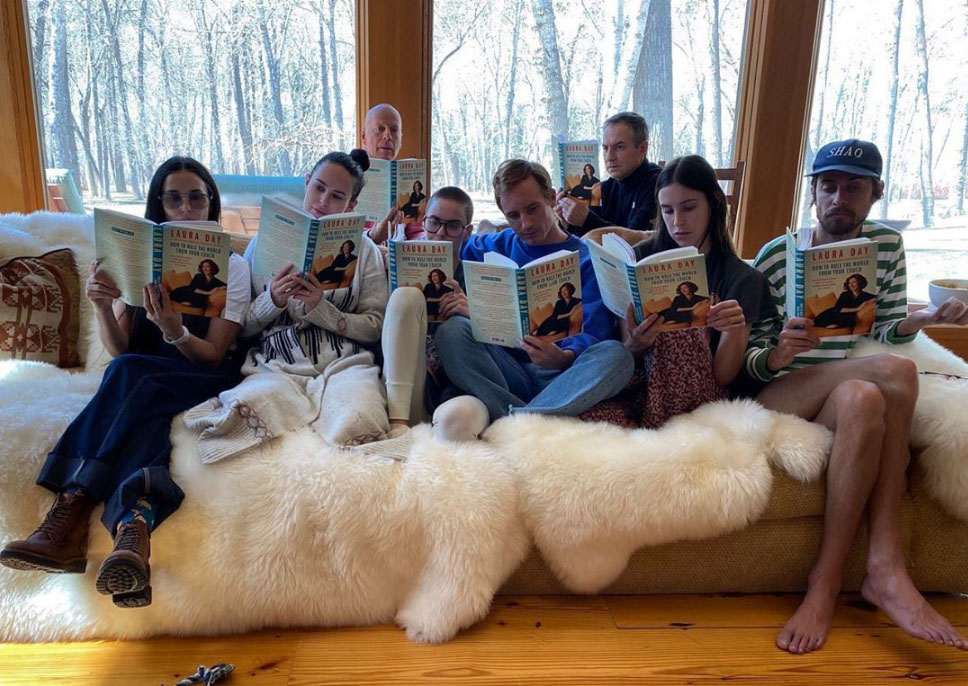