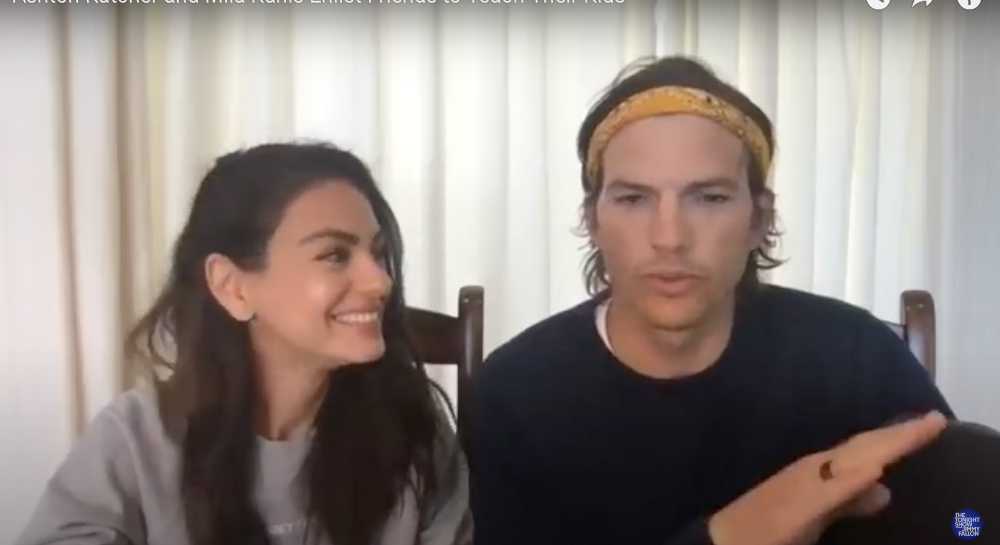 Mila Kunis and Ashton Kutcher appeared on at home version of The Tonight Show with Jimmy Fallon. They’re promoting their Quarantine Wine, which is apparently very successful, having raised about $1M so far. Since all the profits go to four really good charities, I’m very happy it’s making the money it is. I’d be even happier if Mila and Ashton would stop talking over each other to tell us about it, though. Mila and Ashton are parents to daughter Wyatt, five, and son Dimitri, three. Since it is teacher appreciation week, Jimmy asked them about how their homeschooling efforts were going. Mila said she was a great TA but that Ashton had really found a love of teaching. They’re also calling in friends via Zoom to teach their kids any lesson of their choice.

How are you with the home schooling?

Mila: The one thing we did do, which I feel is a good hack, is we enlisted our friends to do like 20-minute zoom sessions with our kids. It’d be like – teach our kids anything. And it could be anything from making flower arrangements to architecture to anything. And so that gives us 20 minutes of not parenting and also allows our kids to have another type of interaction.

Ashton: And it works really well with people who are single and they’re home, they’re alone, they don’t have kids that they’re chasing around all day. So they’ve got a free 20 or 30 minutes and the kid just engage(s) in them. And so we did like one architecture lesson and we did one recyclable energy lesson and we baked cookies for one, we did a flower arranging for one.

Mila: But we piggy-back off of our kids curriculum. I don’t want to take away, their schools are amazing at helping the parents every week.

Ashton explained their next lesson is about how the human body works with a focus on how long it takes to make poop. Enlisting one’s friend to help teach is a good idea. I remember, long before lockdown when our kids were about Wyatt and Dimitri’s age, my local friend group discussed whether we could make a homeschool situation work with each of us taking a subject. We, of course, thought we were on the precipice of an educational revolution – until we acknowledged we could handle maybe a week of it and it would all fall apart. But one 20-minute Zoom session on anything I want to teach is right up my alley. I know a lot of grandparents that are reading stories to their grandchildren via Zoom or FaceTime. The families coordinate and get the same books and the child follows along as they grandparent reads. Everyone is so thrilled with it, I know they’ll continue post lockdown. And, as Mila said, it gives the parents a small respite.

I’m sure everyone readily agreed to this arrangement but listening to Ashton describe it (the video is posted below), he almost sounds like he thinks his single friends owe his kids a 20-minute lesson because they have nothing better to do. If his intent was to say that his single friends are stuck at home, alone and desperate for company so they jumped at the opportunity to put together a lesson plan, then great. But if they’re hitting their friends up and guilting them in to giving them a break, they better send a case of their Quarantine Wine as payment for the single person’s time.

Here’s the interview with homeschool comments:

They also did this voice swapping bit Jimmy asked them to do. They found it much funnier than I did, but they had a lot of fun with it so that was nice: 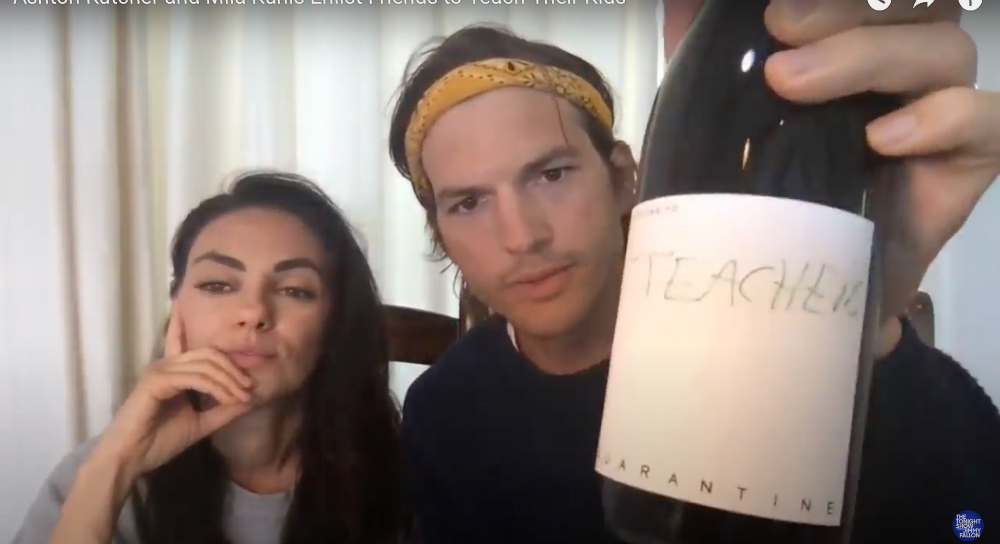 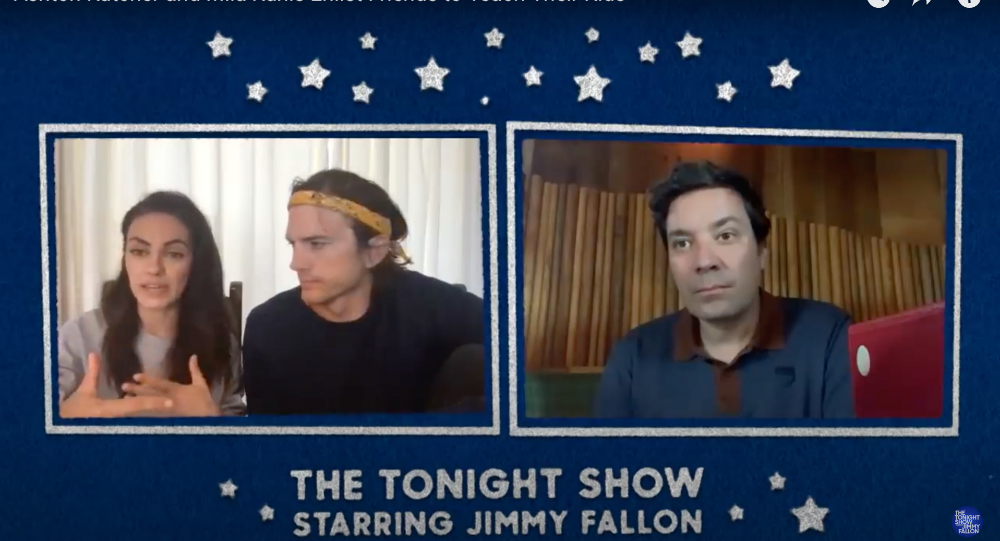