Chris Evans is promoting his Apple TV+ series, Defending Jacob, about an attorney whose 14-year-old son is accused of murder. I haven’t watched it yet, but I do want to. I just know how emotional it will be so I kind of have to prepare myself before I get to it. Jimmy Fallon interviewed Chris at home to talk about the series but also wanted to know about Chris finally joining Instagram, which Chris claimed was motivated but his voluminous number of photos of his very good boy, Dodger. I’m biased, of course, but I think pet photos are the best reason to join Instagram, even if Chris has a lot of catching up to do since he’s only posted two shots of Dodger *hint, hint* The first shot of Dodger Chris posted was when he gave the poor pup a bald patch on his right shoulder. Jimmy asked Chris what went wrong and Chris blamed Dodger! Et tu, Cap?

But I did see what you did to your dog. It’s a little unfortunate. Why would you try to shave your dog?
I had done it once before, right when quarantine began. I gave him just a little bit of a trim with a little bit of timidity. And it went great! And so I got a little confident and put on a shorter attachment. And it just exploded in my face and I kept trying to fix it and eventually I was like, “Alright, got to cut my losses.”

Well, explain it to me because I want to do it for my dog.
The first time I did it, it was after a walk, and so he was exhausted. So he was straight and flat… you got to go with the hair, you don’t go against it. But the next time I did it, it was first thing in the morning, and he had a lot of energy, and he kept twisting his body and the skin will crunch up.

Was he bleeding?
Oh God no. He had no idea what was going on. I just kept trying to speak to him, he doesn’t speak English.

Of course Dodger kept turning to check Chris’ work, what’s a pretty boy to do? I love that Chris got so serious, really delved into giving us ‘the real,’ as if the coverup is something’s that’s been weighing on him. Thank goodness the truth is finally out there! But did he have to besmirch a sweet doggo in the process? I’m more inclined to blame the shorter clippers, that seems to be the linchpin in all of these hair-clipping accidents. Fortunately, nothing but Dodger’s pride was hurt in the process. I’m having a hard time feeling bad for Dodger, though, because you just know Chris bought out Petco’s online dog toy selection to assuage his guilty conscience.

During the interview, Jimmy asked about Chris’ brother Scott, who’d left LA to quarantine with Chris for what they thought would only be a couple of weeks. According to Chris, they’re getting on just fine in their extended lockdown, surviving on Super Mario and whiffle ball. Question: is whiffle ball making a comeback? I saw a pile of whiffle balls at one of the local parks and I saw a few different families playing it in another park. I haven’t heard the whistle of a whiffle ball in a few decades, is it back en vogue? I could totally be into that. Jimmy had Chris and Scott play a brothers version on the #coupleschallenge game. Not surprisingly, they nailed it.

Here are both videos, the Dodger bit is in the first and Scott shows up for the second. Scott’s hair, which was also clipped in Chris’ home during quarantine, is growing out well.

Just woke up to this pillow hog

I assured him I knew what I was doing. He seemed skeptical at first, but with the help of a few treats, I talked him into it.

It went so wrong, so fast. I guess some things are better left to the professionals.

(He hasn’t seen a mirror yet. I told him it looks great) pic.twitter.com/uooHwtmgH3 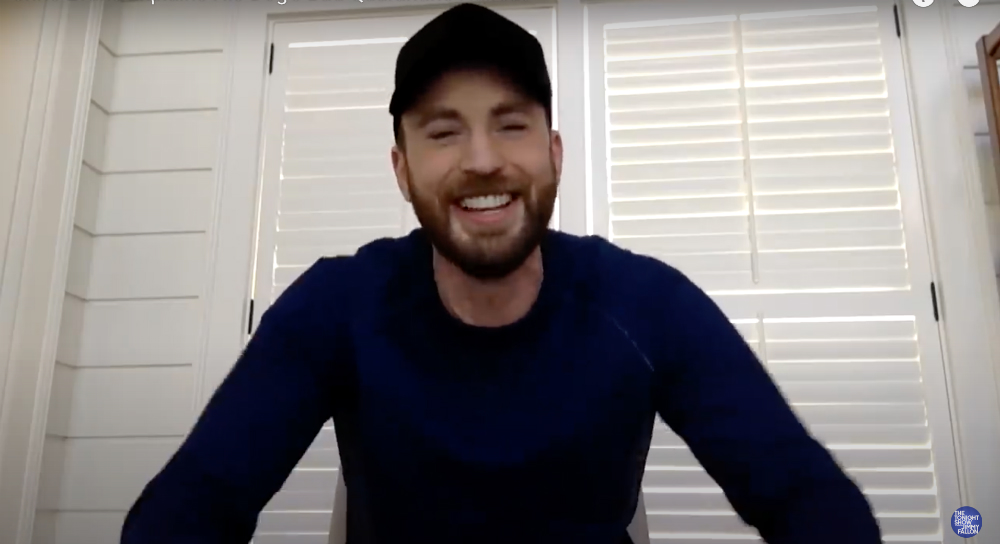