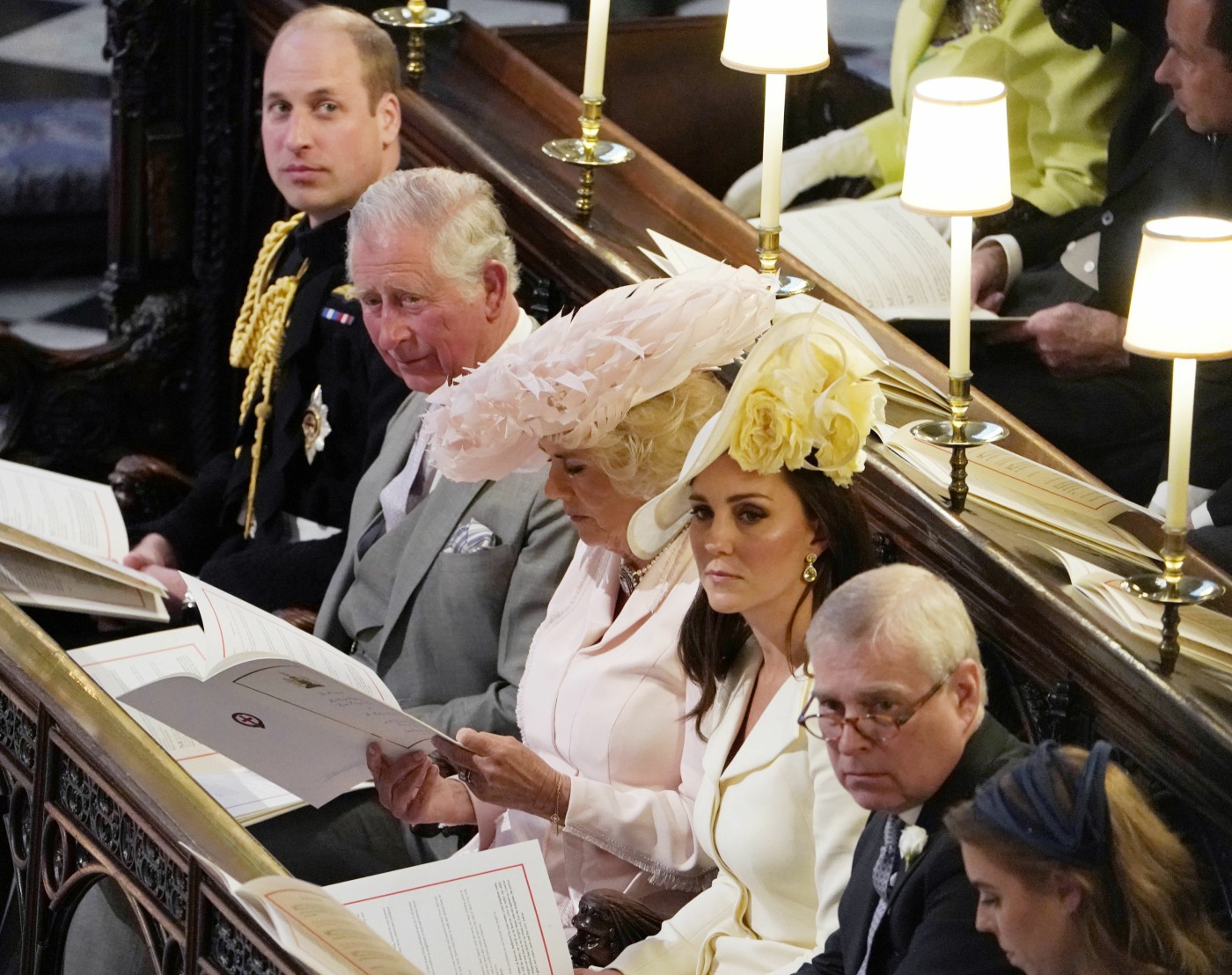 Today is the Duke and Duchess of Sussex’s second wedding anniversary. I did a big photo review yesterday, solely of wedding photos of just Harry and Meghan. But there were so many other storylines and conspiracies from that day! One of my absolute favorite conspiracies was “did Duchess Kate wear white to Meghan’s wedding?” There was a massive argument between British peeps and American peeps about whether weddings guests are allowed to wear white. Here in America, no wedding guest should wear white. Only the bride gets to wear white. But some British peeps argued that across the pond, it’s no big deal. Remember the fights we had?

Anyway, Kate wore a McQueen coatdress to the Sussexes’ wedding, and she paired it with a new Philip Treacy hat which was absolutely yellow. On the day of the wedding, royal reporters claimed that Kate’s ensemble (hat and coat) was “primrose yellow” and that Kate had ordered a new bespoke McQueen coat which was nearly identical to the one she wore to Charlotte’s 2015 christening – the christening coat was off-white, they argued, and the Sussex wedding coat was primrose yellow. Other eagle-eyed royal-fashion peeps claimed that Kate simply rewore the 2015 christening coat and that Kate really did wear white to another woman’s wedding. Well, hello controversy my old friend, the Daily Mirror has this story today:

The bride should always been the centre of attention at any wedding, and all eyes should be on that stunning white dress from start to finish. But unfortunately this isn’t always the case when your guest list includes some of the most famous people in the world – including celebrities, royals and sporting legends. While we’re sure she didn’t mind, this was the situation Meghan Markle was in as she married Prince Harry at St George’s Chapel two years ago today – something her future sister-in-law the Duchess of Cambridge would have been very aware of.

So, when planning her outfit for the special day Kate made a very thoughtful decision. In order not to steal any of the limelight and ensure all the fashion focus was on Meghan, Kate opted to rewear an old outfit for the day. She wore her Alexander McQueen tailored coat, and it was the fourth time we’ve seen her in it. Most famously, she wore it to Princess Charlotte’s christening in July 2015.

Rewearing an old outfit means fashion fans and the media can’t get too excited about what she’s wearing as they’ve already seen and analysed it before. And this isn’t the first time Kate has done this, and she actually rarely wears a new outfit to a wedding, always recycling an old dress or coat.

So… which is it? Did Kate rewear an old McQueen coat, which was off-white/cream in 2015? Or did she order a new McQueen coat in the same bespoke style in a very pale shade of yellow, which read as off-white in daylight? We still don’t know. It’s still a big royal mystery, as far as I’m concerned. Also a mystery: what really went down between Kate and Meghan at the pre-wedding fitting for Princess Charlotte? That was the incident where “Meghan made Kate cry,” although no one has ever been clear on what actually happened. Enduring Royal Mysteries… 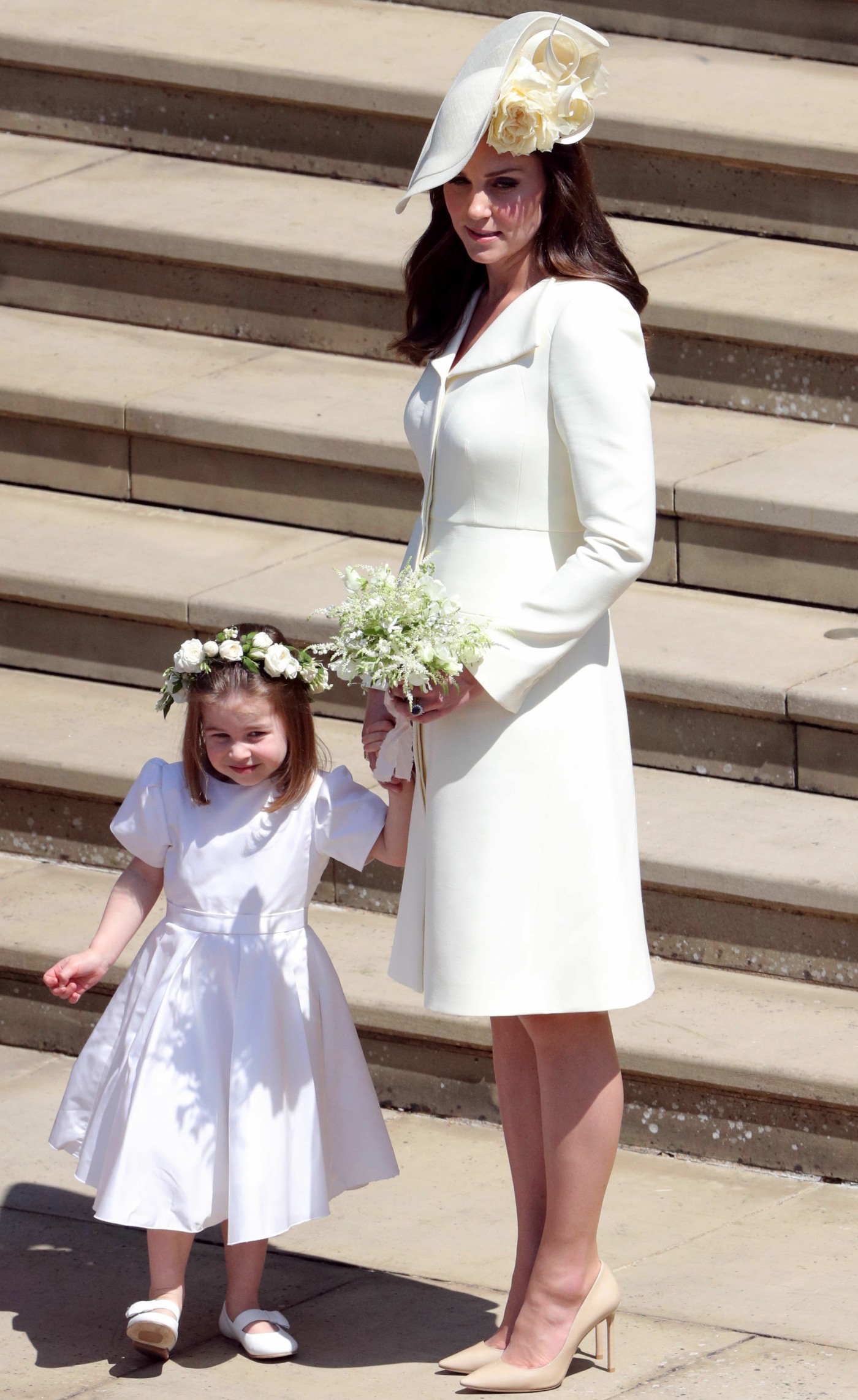 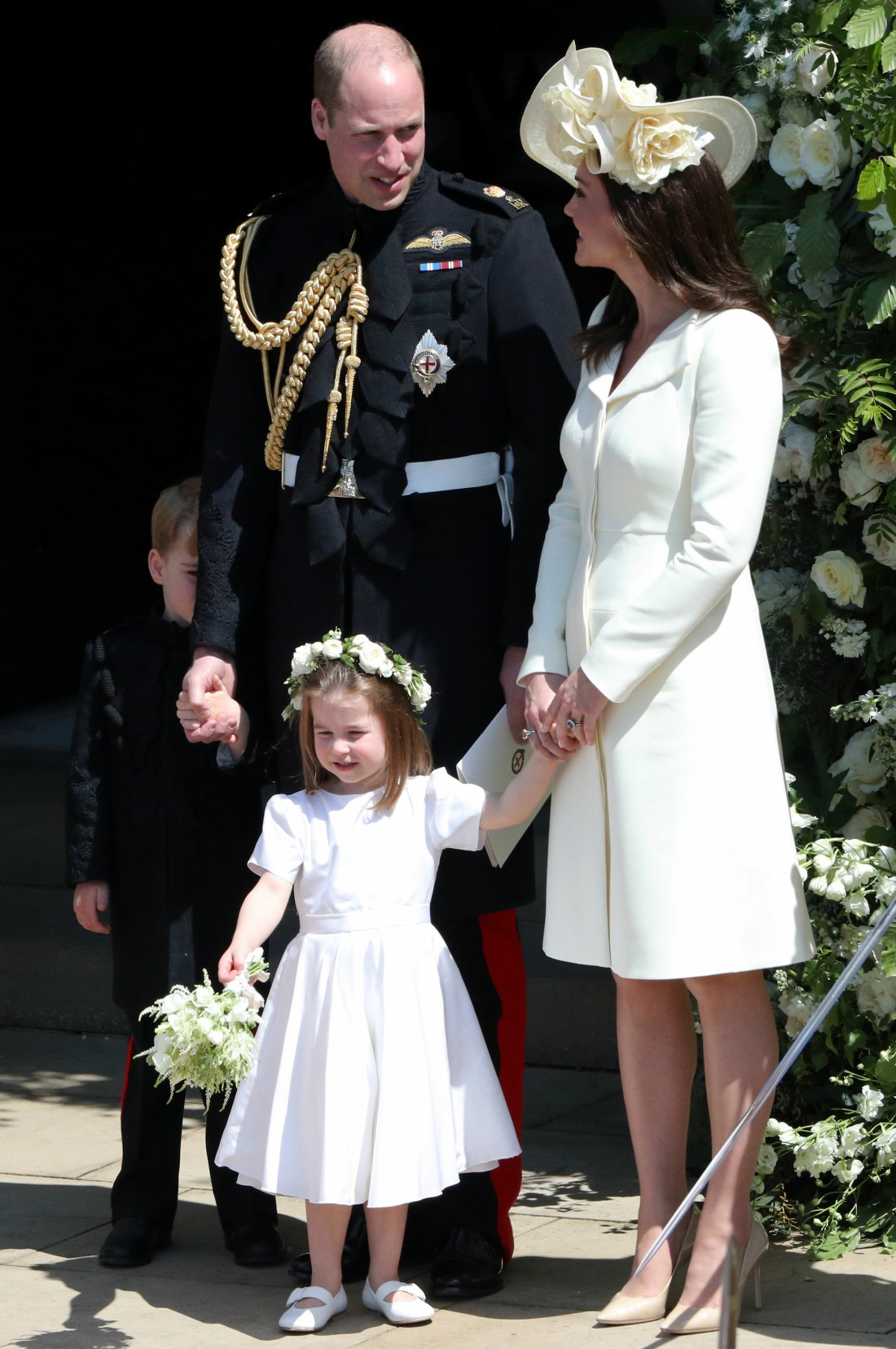 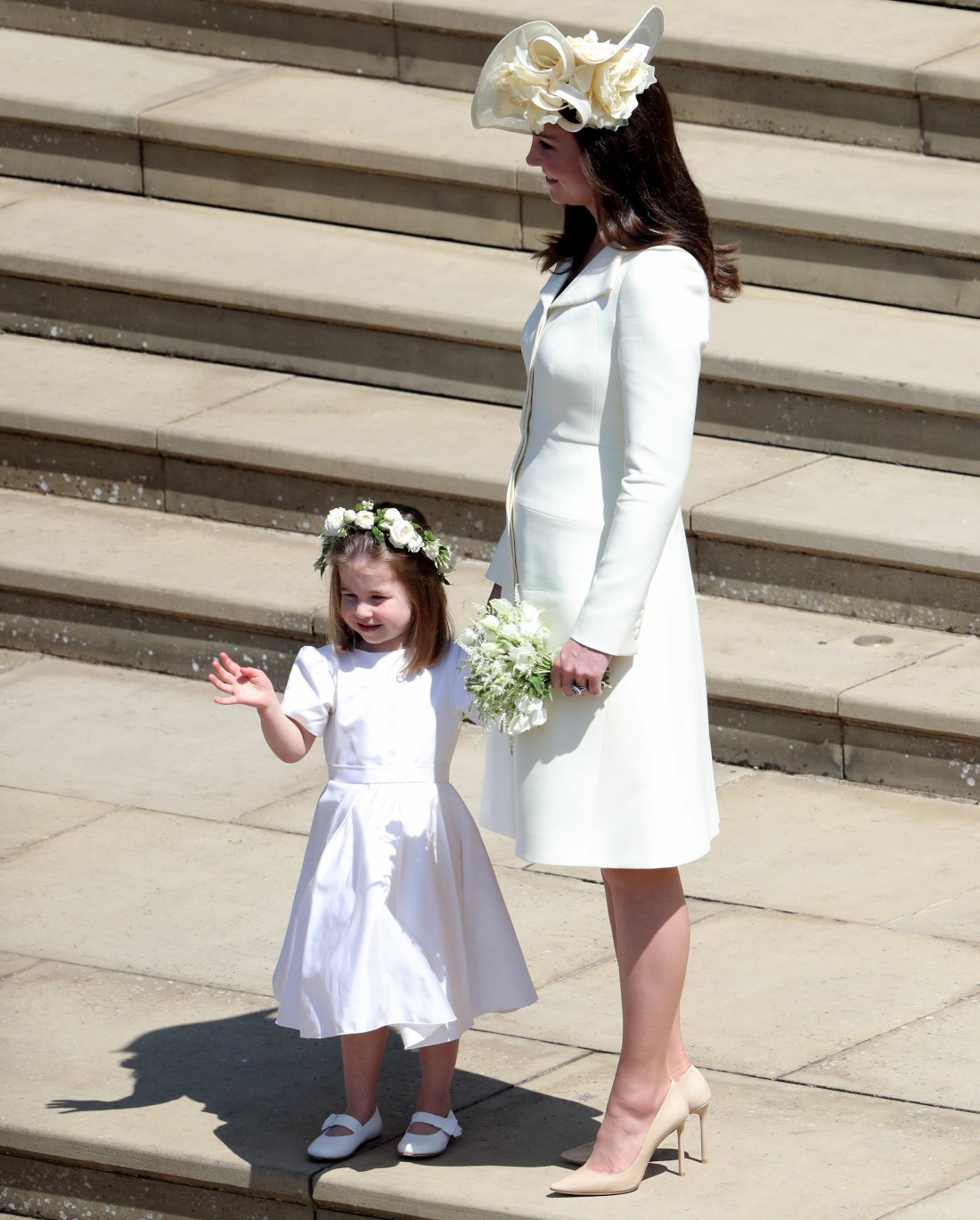