Janelle Monae: The Trump administration’s response to the pandemic ‘is evil’ 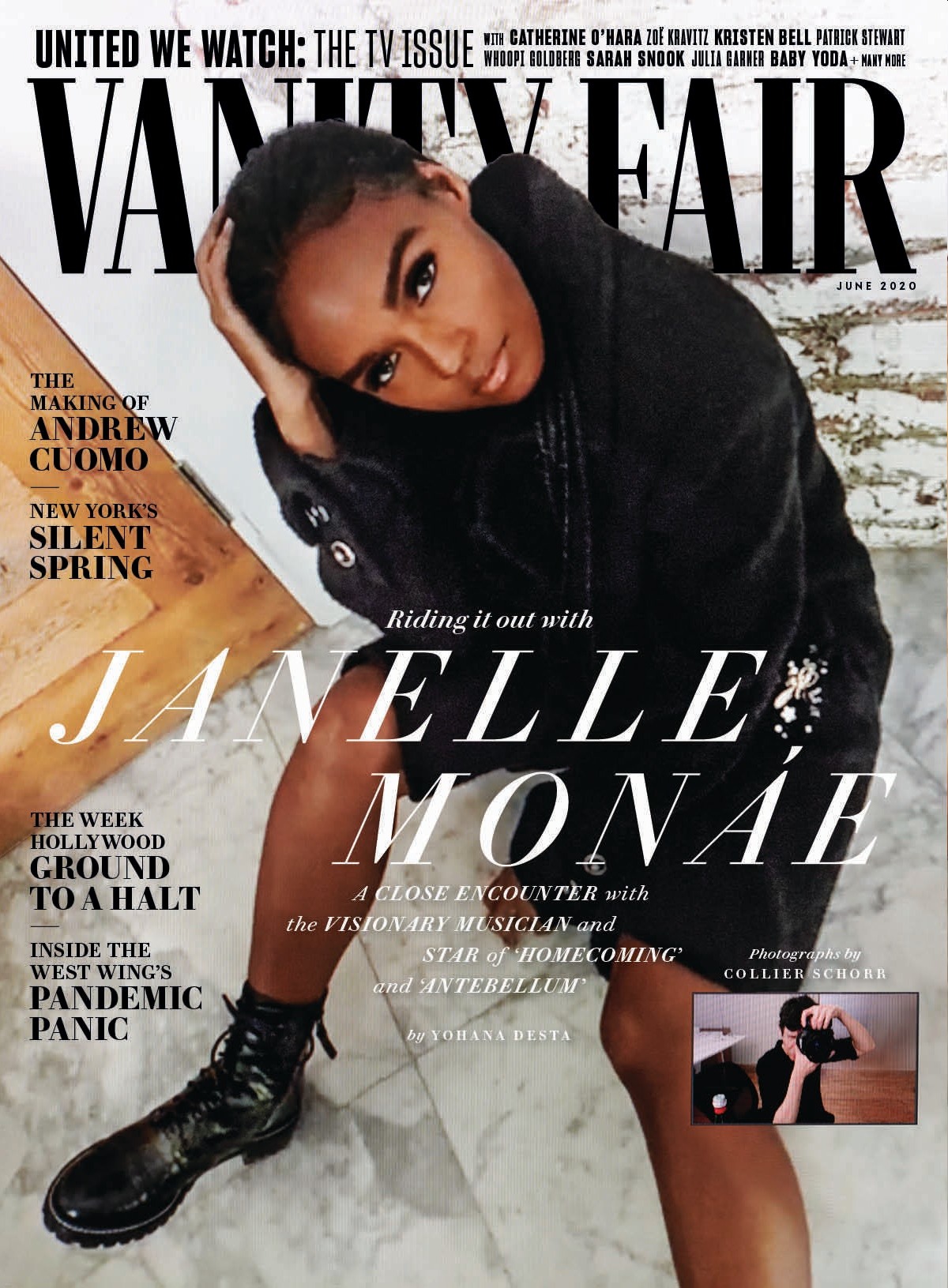 I love Janelle Monáe but I don’t always love her interviews. It’s always been clear that she’s a brilliant woman and an extremely talented artist who thinks about next-level artistic sh-t, but getting her to dish and spill in a linear interview isn’t so easy. Now, add to that the fact that nearly every summer magazine cover profile is being conducted via Zoom, and I thought this Vanity Fair cover story would be a recipe for disaster. Turns out… it’s actually quite good and informative. Janelle edited herself. She covers VF to promote Amazon Prime’s Homecoming Season 2 (the first season starred Julia Roberts, and Julia is back as executive producer). Janelle is also promoting Antebellum, the horror/sci-fi/drama which comes out August 21. You can read the full VF piece here. Some highlights:

On Washington DC’s response to the pandemic: “The way our government is handling things—especially this administration—is evil,” she says. (In this interview and many others, Monáe refuses to say the words Donald Trump.) “We can’t trust this administration to tell us the truth, to protect us. It’s always going to be power first. It’s always going to be capitalism first.”

She’s out & proud queer, but she doesn’t want to talk about her love life: “I don’t want to disclose the people I’m dating, or have dated. I may not always want this to be at the center of a conversation.”

Playing her first queer character in Homecoming: “I feel a deeper responsibility because I know there are kids like me who could have come from conservative backgrounds.”

What Antebellum is about: She stars as Veronica Henley, a polished present-day author who, after speaking out about systemic racism, suddenly finds herself living as a slave on a plantation. Monáe was drawn to the movie because she’s a fan of Quentin Tarantino’s Django Unchained—one of her musical alter egos is the unapologetic “Django Jane”—and Antebellum wound up being shot at Louisiana’s Evergreen Plantation, where parts of that movie were filmed. Monáe also liked the way Antebellum evoked Octavia Butler’s novel Kindred and the fact that it put a woman at the center of a revenge narrative.

Playing a role set in a movie set in an antebellum plantation: “I knew that taking on this role was going to take a lot of deep diving emotionally. This role is the hardest role that I’ve done, because it directly connects the past, present, and the future. I went back and forth with, Should I do this? People are gonna think I’m crazy. It wasn’t until I did some deep meditation—and I saw so many women that reminded me of Veronica, from Maxine Waters to AOC to all of the strong women in our government—that I said, Yes, I should do this. This scares me, and the conversations need to be had because our past will directly determine our future.”

Her anxiety about revealing too much: “If I really talked openly and honestly about where I am right now, would I be abandoned? Would my fans abandon me? Would my family abandon me?”

The post-pandemic world: “There can be a real uprising. The majority of us do not want to continue to see things be the way that they are. We’re demanding better health care for ourselves, demanding people listen to scientists as it pertains to the environment, as it pertains to our health.”

The trailer for Antebellum made me cry, it was so eerie and evocative and terrifying. I honestly didn’t know what it was about, so hearing that it’s sort of a revenge plot is interesting and now I’m more likely to see it. The director of Antebellum made the point that they were filming on real plantations which had been around before the Civil War, and it’s sick that people still throw weddings at these places, because the ground is so soaked in the blood of slavery. That was what Janelle was talking about re: “deep diving.” As for the changes possibly coming in a post-pandemic world… my biggest fear is that not much will actually change.

12 Responses to “Janelle Monae: The Trump administration’s response to the pandemic ‘is evil’”