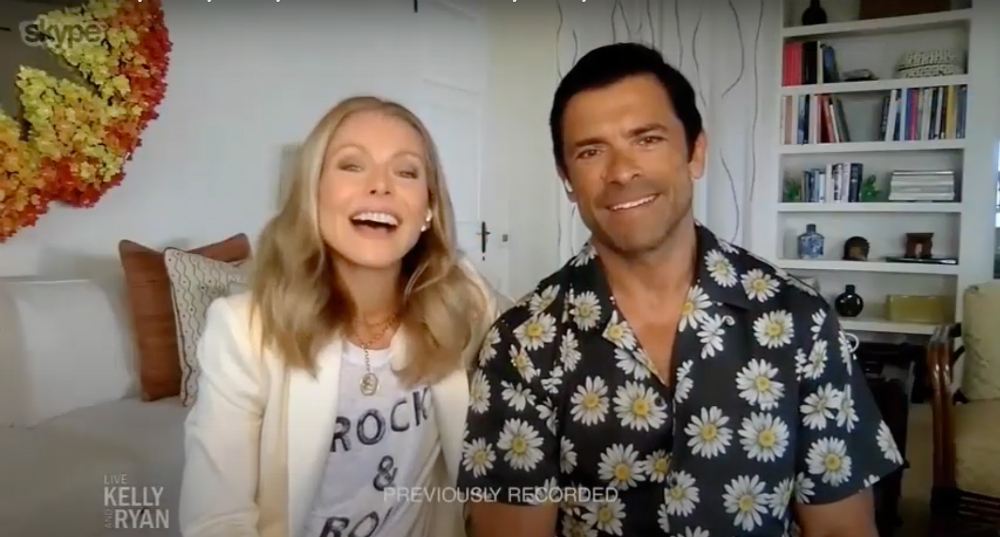 Kelly Ripa and Ryan Seacrest have been recording their show, Live with Kelly and Ryan, remotely since ABC ordered all employees to stay home. We heard last week that keeping up all his obligations from his kitchen almost got the better of Ryan. Kelly has also suggested how difficult the new normal has been for her, explaining that her emotions are running high, exacerbated by missing her parents and feeling touch deprived from her kids. Her comments were slightly relatable as we all adjusted to lockdown living. But over the holiday, we learned a new twist to Kelly’s story, she’s not home at all. Kelly and her family have been quarantining in the Caribbean the whole time. According to Kelly, they had no choice. ORLY?

Kelly Ripa and Mark Consuelos have been social distancing with their kids in the Caribbean amid the coronavirus pandemic.

The couple — who share daughter Lola, 18 and sons Michael, 22, and Joaquin, 17 — were on a trip together with their children when ABC instructed them to shelter in place, a source tells PEOPLE.

“The family was on a trip in the Caribbean when told to shelter in place and decided to stay put,” the source says.

Ripa discussed their decision during a virtual townhall on Thursday with ABC employees moderated by Sandy Kenyon.

“We had planned a trip for our family, and it was supposed to be our entire family of course,” said Ripa, according to a source at the town hall. “And we arrive and three days later, the entire world changed, really. I mean, everything shut down; the government shut down; our country shut down. I hate to use the word stuck, but we were. We decided to stay where we were.”

Ripa added that what was “distressing” was that both her and Consuelos’ parents were supposed to join them a week later.

“Lucky for us, we had our three children,” she added. “And then, you know, it was supposed to be a two-week trip and we wound up going right back to work. Ryan and I both decided it was better to do the show, because we just felt like in with everything that was going on in the world that perhaps, some normalcy of just doing what we normally do, even though it was like in very unusual circumstances, would be the best thing for us. “

I have questions. Kelly said that they were on a planned, two-week family vacation when the US shut down. As of March 11, Live had started filming without an audience in New York. March 23rd was the first show the duo filmed from their “homes.” Even if we give her the benefit of the doubt, that she was ‘stuck’ in her vacation home when lockdown occurred, they family chose to travel to a foreign destination while the country was succumbing to a global pandemic. And that was after we’d all seen/heard the mass devastation it had caused China and Italy. So this was, at best, a very bad decision. But factor in that all three of Kelly’s kids are in school: Lola and Michael in college and Joaquin in high school. Spring Break is only a week-long and rarely do colleges and high-school spring breaks overlap so, how were they planning a two-week vacation in the middle of March? Michael graduated from NYU last Thursday, something Kelly proudly noted, so he was going to blow off a week of classes in his final semester just to hang with Mom and Dad? If people took precautions, were cleared to travel, and quarantined themselves for the required two weeks, it might be ok to quarantine in paradise. However Kelly is not being upfront about it. She’s making it sound like the pandemic snuck up on them.

This does give more context as to why Kelly was so emotional about missing her folks. Especially since she almost endangered their lives by inviting them.

Interesting that the only vacation photos Kelly has posted are throwbacks to ‘better’ vacations from years past when she is, in fact, on vacation now.

Call me crazy but i like #cincodemayo 2018 way better 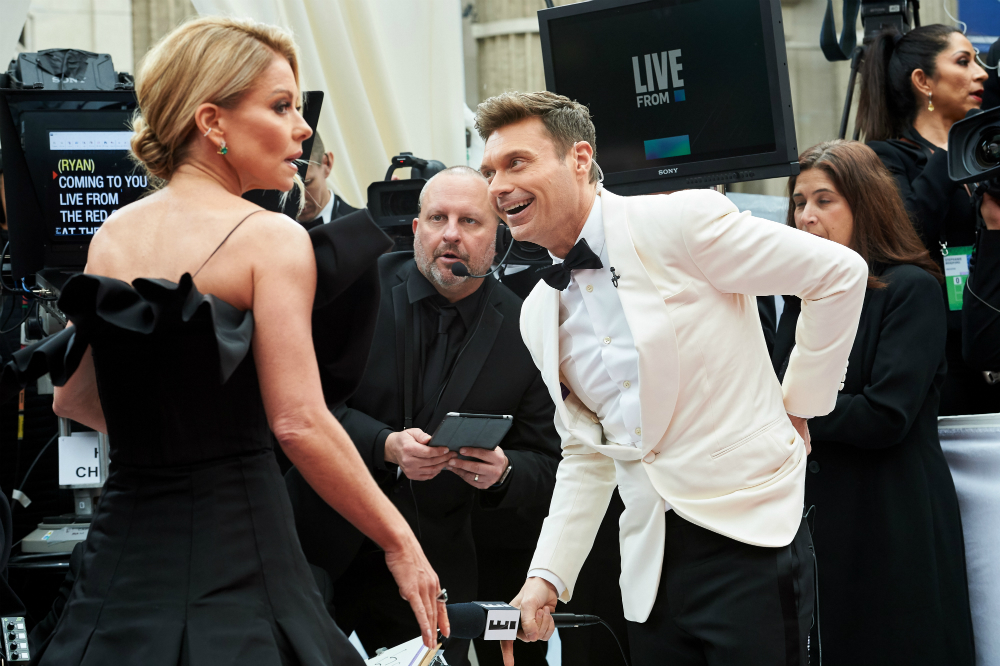