Prince William & Kate have been ‘secretly volunteering’ during quarantine 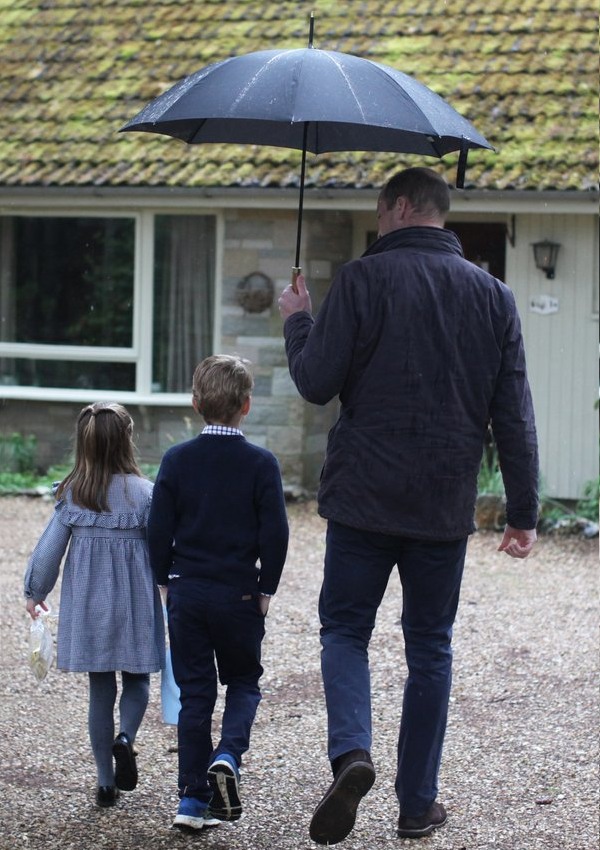 If you follow the Duke and Duchess of Cambridge’s Instagram or Twitter, you are well aware that since mid-April, they’ve been making Zoom calls and “volunteering” in various ways for various charities during the pandemic lockdown. It took them weeks to figure out what to do, and since they figured it out, they’ve been dropping videos, photos and updates of their activities at a somewhat steady clip (about two new things a week). On Friday, their social media released the photo you see above – William walking with Prince George and Princess Charlotte. The photo was taken by Kate, and it was a photo she’s been sitting on for more than a month. I know this because Charlotte is wearing the same dress from her “birthday portraits” which were said to have been taken sometime in April. Kate got a lot of mileage out of that one trip to donate pasta to seniors.

Pandemic or not, one thing remains the same: William and Kate always seek to get tons of credit for what little work they do. So even though we know they’ve been Zooming themselves into an early grave, just working so hard by averaging two events a week, it’s somehow brand new information that Will and Kate are “volunteering.” For real.

Last month five-year-old Princess Charlotte was pictured out delivering parcels of pasta she had made at home with the Duke and Duchess of Cambridge and her brothers Prince George and Prince Louis. And now her parents, Prince William and Kate, have revealed their own secret voluntary work during the coronavirus outbreak.

The Duchess has become an NHS Volunteer responder, along with the Duchess of Cornwall, Countess of Wessex and Duchess of Gloucester. The royal women have been making “check in and chat” calls to people who are self-isolating. Kate’s calls have included one to Donna Williams, 42, a mother of two who is currently shielding her daughter Alessandra who has a rare form of Type 1 Diabetes.

Meanwhile the Duke has been manning a helpline for people in crisis as one of 2,000 volunteers who have trained to help people contacting the Shout85258 text messaging service. He had previously revealed his plans to train for the role on a visit to Devon last September, but his involvement was not publicised in case it led to the service being inundated by people hoping to speak to the royal. But during a video call to fellow Shout volunteers, William revealed: “I’m going to share a little secret with you guys but I’m actually on the platform volunteering.”

“Are you? That’s amazing,” replied one of the callers, Jo Irwin. His revelation, in a previously unseen clip from the May 15 call, was released by Kensington Palace to mark Volunteer Week. Aides confirmed the second-in-line to the throne had completed his 25 hours of online training to help service users work through their problems and HELLO! understands the Duke is an active volunteer.

William and Kate also thanked volunteers working to help their communities through the pandemic in calls to organisations in West Yorkshire and Wales. During a call to Conscious Youth, which supports young people from mainly black and other ethnic minority backgrounds in Huddersfield, Dewsbury, and other parts of Kirklees, the royal couple joked about the highs and lows of home schooling Prince George, six, and five-year-old Princess Charlotte. Speaking to co-founders Sophie Simpson and Serena Johnson, William admitted: “I struggle with Year 2 maths.”

Yeah, we already knew that Sophie and Camilla were doing those check-and-chat calls with seniors, and it’s not surprising that Kate is doing that too. I’m slightly surprised that William went through 25 hours of training to become a helpline counselor/volunteer. But whatever, good for them both.

Here’s the video Kensington Palace released. I didn’t watch all of it, but Kate seemed especially vocal. It’s also clear all of this took place on the same day, Kate and William didn’t change their clothes for any of the Zoom calls. 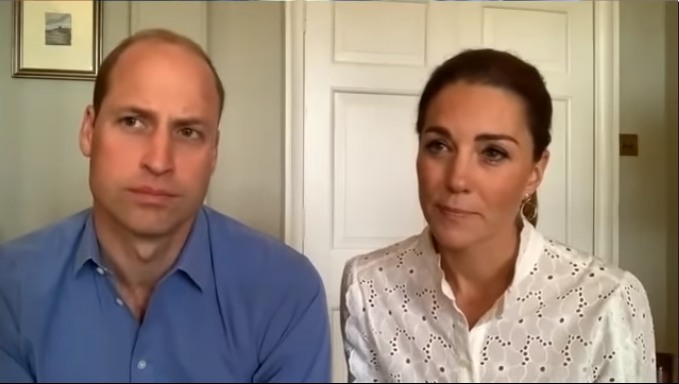 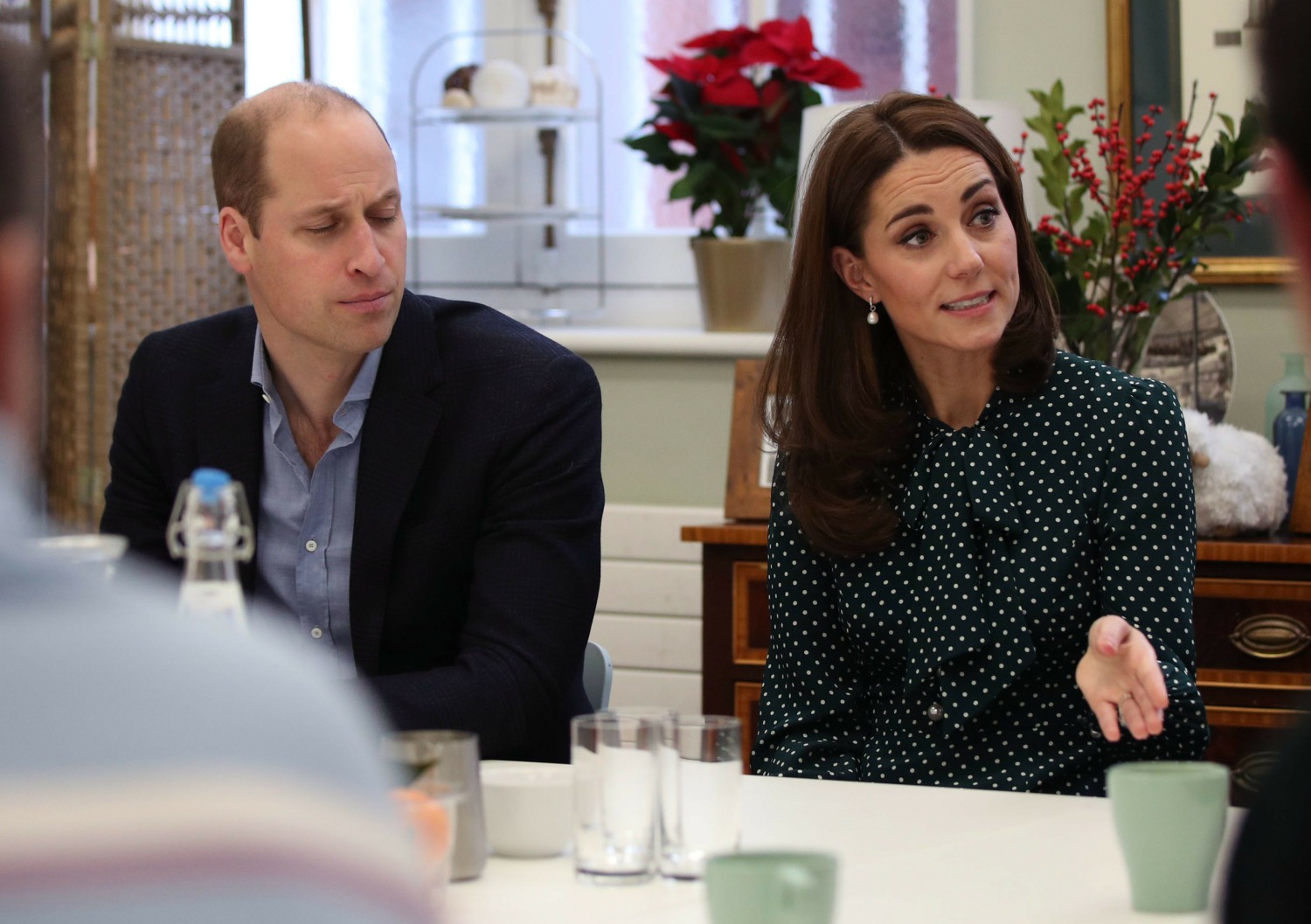