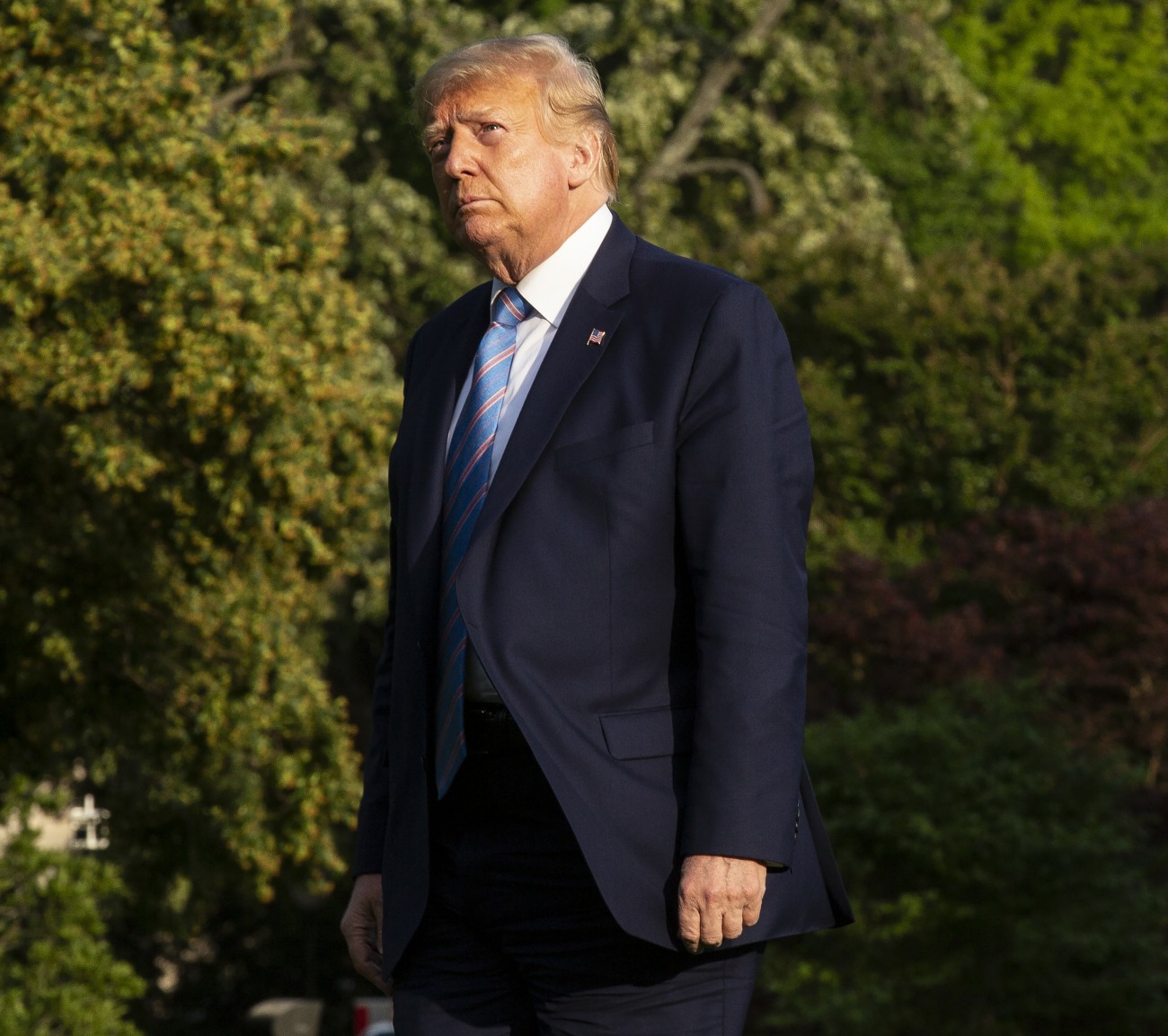 I’ll be kind for a moment and tell a personal story – both my parents’ physical health situations dropped off a cliff in their 60s. My dad always had a bad back, and he moved significantly slower in the last years of his life. My mom has had balance issues for years, and she gets around in a wheelchair now. Sometimes, an older person’s body just starts failing them. Because of those experiences with my folks, my eye will catch on certain people – for example, George Clooney has been living with near-constant back pain for years, and it shows in how he walks, stands and sits. Another example: Donald Trump is not physically or neurologically well. He also has balance issues, I can tell from the way he walks and stands. He cannot sip from a glass of water with one hand. He’s been slurring his words a lot and he speaks slower than he used to, probably because his vision is compromised and he can’t always see the teleprompter. Again, here are the water & ramp videos:

So this became a larger conversation after Trump’s West Point commencement speech. It probably wouldn’t be so notable if Trump and his people were all Hector Projectors trying to make Joe Biden’s mental acuity and physical stamina into a thing.

President Trump faced new questions about his health on Sunday, after videos emerged of him gingerly walking down a ramp at the U.S. Military Academy at West Point and having trouble bringing a glass of water to his mouth during a speech there. Mr. Trump — who turned 74 on Sunday, the oldest a U.S. president has been in his first term — was recorded hesitantly descending the ramp one step at a time after he delivered an address to graduating cadets at the New York-based academy on Saturday. The academy’s superintendent, Lt. Gen. Darryl A. Williams, walked alongside him. Mr. Trump sped up slightly for the final three steps, as he got to the bottom.

Another video circulated of Mr. Trump taking a sip of water from a glass tucked inside his lectern on the dais at West Point. Mr. Trump held the glass with his right hand and brought it to his mouth, but appeared to momentarily have trouble lifting his arm farther. He used his left hand to push the bottom of the glass so that it reached his lips.

Mr. Trump posted defensively on Twitter late Saturday night about the video circulating of his walk, and offered a description that did not match the visuals.

“The ramp that I descended after my West Point Commencement speech was very long & steep, had no handrail and, most importantly, was very slippery,” Mr. Trump wrote. “The last thing I was going to do is ‘fall’ for the Fake News to have fun with. Final ten feet I ran down to level ground. Momentum!”

There was no evidence that the ramp was slippery, and the skies were clear during the ceremony.

The videos again raised questions about the health of Mr. Trump, whose advisers have never fully explained his abrupt visit to Walter Reed National Military Medical Center in November, saying at the time only that it was intended to get a jump on his annual physical.

The White House doctor released a memo this month that summarized Mr. Trump’s yearly checkup, but provided little information beyond blood pressure (normal) and a description of his course of hydroxychloroquine as a prophylactic after the president was exposed to two staff members who tested positive for the coronavirus. The summary was not the customary report released in the past by Mr. Trump and other presidents after a physical.

The president has frequently tried to raise questions about the health and mental fitness of his rivals, while growing indignant when his own is questioned.

Again, a 74 year old man walking gingerly down a ramp is not necessarily cause for concern. But when put together with everything else – the slurring, the weakness in one hand/arm, the slower speech patterns, it all adds up to something. The fact that all of Trump’s doctors are known liars is also problematic, as is the fact that no one knows why he was rushed to the hospital seven months ago.

6 months 28 days since trump was rushed to the hospital without explanation.

Which is in itself an explanation.

Whoever came up with #WaterGait is a friggin’ genius… 😈pic.twitter.com/3OUdvKwPrk