‘Karen’ Lisa Alexander apologizes: ‘I should have minded my own business’ 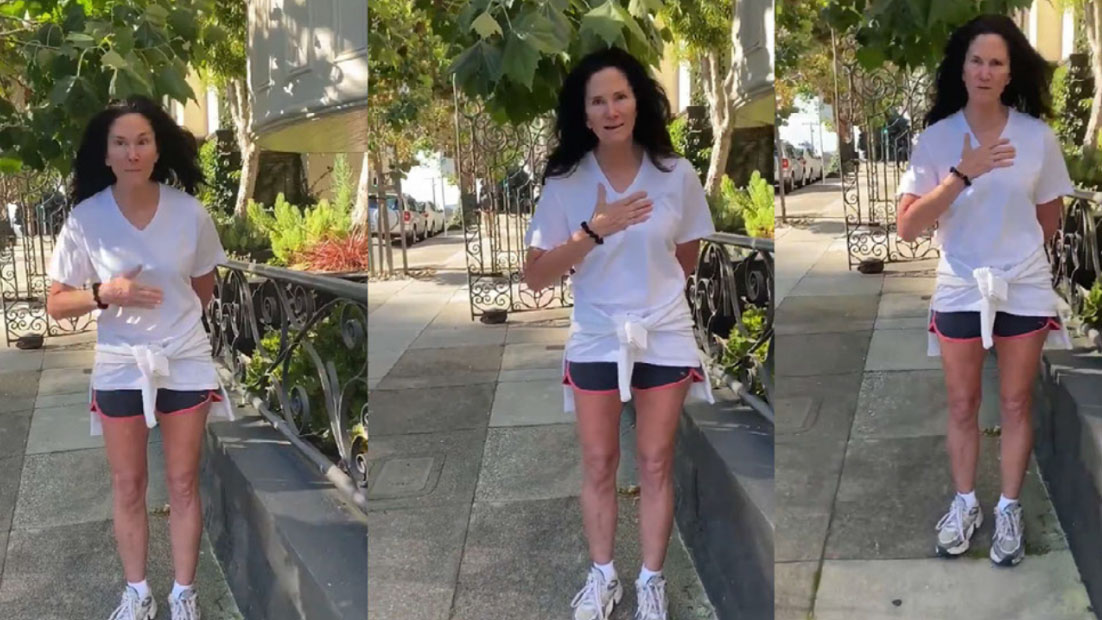 On Sunday, I wrote about “Karens Gone Wild,” how there has been a recent epidemic of white women behaving like absolute racist trainwrecks. One of the stories/videos getting a lot of attention was the one starring Lisa Alexander, the founder of LAFACE, a somewhat popular vegan skincare line. Lisa Alexander decided to act as a roaming police officer and speak down to a Filipino man named Jaime Juanillo, who was writing “Black Lives Matter” in chalk outside of his home. The video, again, is disgusting.

A white couple call the police on me, a person of color, for stencilling a #BLM chalk message on my own front retaining wall. “Karen” lies and says she knows that I don’t live in my own house, because she knows the person who lives here. #blacklivesmatter pic.twitter.com/rOpHvKVwgP

There are still so many people arguing that he should have said “this is my home.” But A) people of color do not “owe” white people answers, especially when white people need to mind their f–king business, and B) she lied so easily about “knowing” the person who lived in that home, it would not have mattered if he had said anything. Anyway, after tweeting and deleting several versions of “apologies,” Lisa Alexander finally issued one which she didn’t have to delete right away:

“I want to apologize directly to Mr. Juanillo,” Alexander told CBS San Francisco. “There are not enough words to describe how truly sorry I am for being disrespectful to him last Tuesday when I made the decision to question him about what he was doing in front of his home. I should have minded my own business. The last 48 hours has taught me that my actions were those of someone who is not aware of the damage caused by being ignorant and naive to racial inequalities.”

“When I watch the video I am shocked and sad that I behaved the way I did. It was disrespectful to Mr. Juanillo and I am deeply sorry for that. I did not realize at the time that my actions were racist and have learned a painful lesson. I am taking a hard look at the meaning behind white privilege and am committed to growing from this experience.”

Alexander also agreed to sit down with Juanillo so she could “apologize in person and share a dialogue where I can continue to learn and grow and be a better person.”

Juanillo has been interviewed a few times and he says he was open to speaking to Lisa Alexander too, and that his neighbors (his real neighbors) have left flowers for him and notes of support, and some even added to his chalk BLM art on his retaining wall. He told one outlet: “For me this experience has left me feeling vindicated and validated. I imagine that she regrets those couple of minutes. Do I believe that her life should be destroyed over this? No. I just hope that she realizes that what she did was racist and she can improve from this incident.” Yeah. Now, do *I* believe her life should be ‘ruined’? Absolutely. 100%. People looked through her Twitter before she deleted everything and apparently the woman is a raging Trump supporter. So yeah, racist B who will never change.

One more thing – that was Lisa Alexander’s husband standing a few yards away in the video, acting as if he might “catch” the non-whiteness. He was sh-tcanned from his job at Raymond James. LMAO.

The man in the racist Lisa Alexander video is names Robert Larkins, a managing director at Raymond James, who handles the pension funds for the State of California, the UC Regents, CSU, and dozens of counties and cities in California. @jaimetoons pic.twitter.com/uAGjcd0pEj

86 Responses to “‘Karen’ Lisa Alexander apologizes: ‘I should have minded my own business’”