Amanda Seyfried: ‘It really is hard for me to lie in my life’ 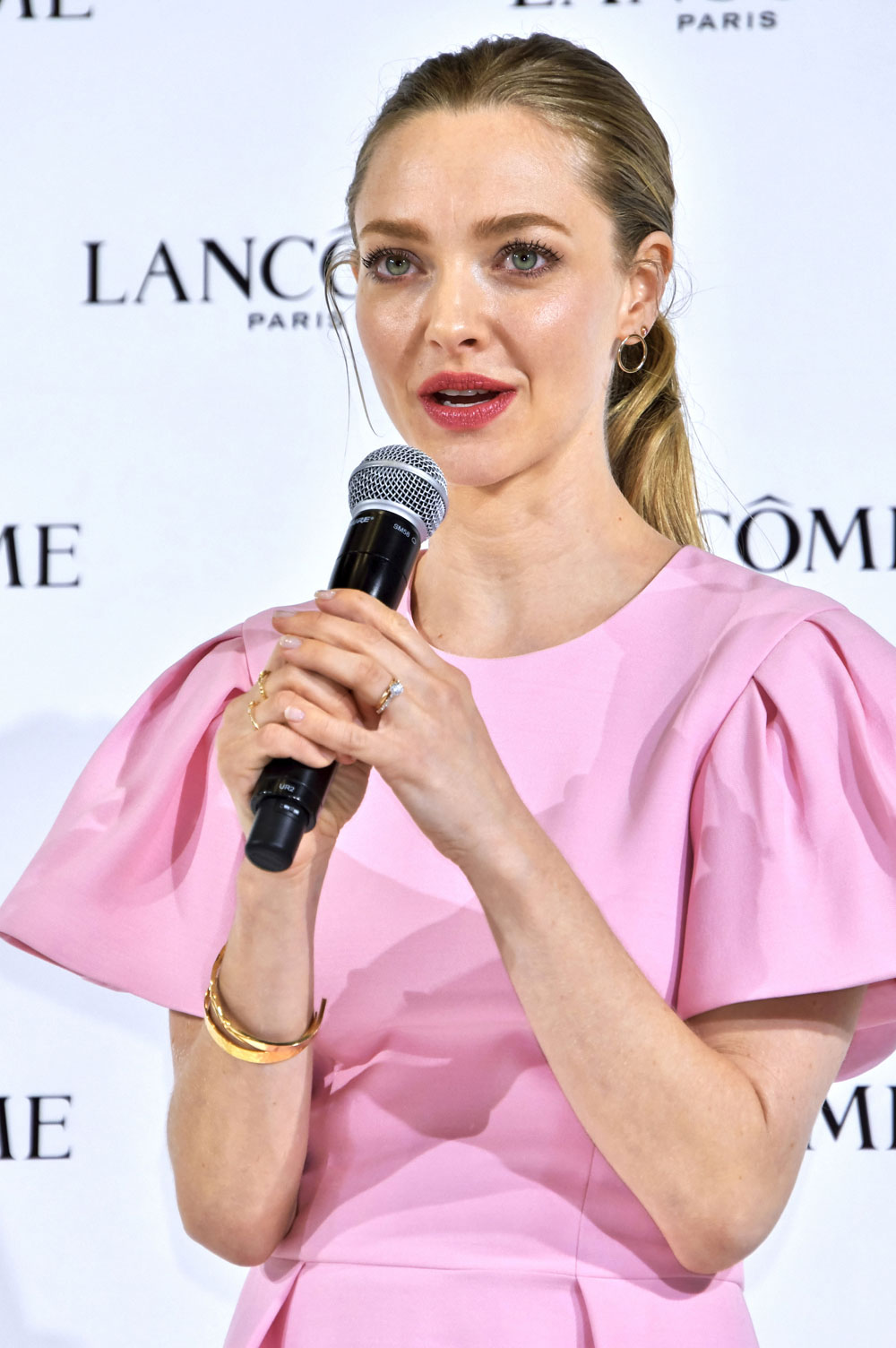 Amanda Seyfried and Kevin Bacon star in the VOD Blumhouse film You Should have Left, which is about a couple who rents a house in Wales which is toying with them. The trailer looks good and gave me goosebumps. The reviews I’ve read have not been good, which is too bad because I love horror and would have considered renting this. (Even with those reviews I would have seen in a theater pre-covid if my friends wanted to go. I have seen some sh-tty horror movies.)

Amanda and Kevin have a new interview with Cinemablend. Amanda kept scratching her shoulder, which was cute. I like how relaxed celebrities are at home. Interviewer Eric Eisenberg brought up the line that actors are professional liars, Amanda’s character is an actress and a duplicitous person, and she said she has a hard time lying and just tries to find the truth in her characters. I’m also including some quotes she gave Entertainment Tonight about her daughter, 3. I was able to google her daughter’s name but she tries to keep it private.

On being “a professional liar” as an actress
I, as an actor, try to find the truth in everything. I’m not lying I’m just trying to find the most truthful part in anything. In my opinion I think it’s hard for me to lie. It really is hard for me to lie in my life. The fact that she’s so blase about it, she’s clearly one person to him and one person to this other guy. That’s scary and I can’t wrap my head around it. I think it’s more interesting to play people that I don’t really understand.

On sharing stories about her daughter but protecting her identity
I don’t share her face or anything [online]; I’ll let her choose when she wants to do that later on in life. But I can’t help but share these insane conversations that [I’m] having with this 3-year-old. I mean, they’re so in touch sometimes it’s scary, but it’s also super funny. I love it, and if I can share any of that, I will.

She knows how badly I want to sing, and she will not let me. She’s smart. I gotta think of a way to [negotiate] because I’m a singer, and if she starts walking out of the room when I start singing, I’m going to get, like, an even bigger complex than I already have.

[From Cinemablend and ET Online]

I also have a hard time lying and am terrible at it. I have been playing Zoom murder mystery games about every other weekend during lockdown. Everyone plays a character, you get your role ahead of time, and it’s so much fun. They assigned me as the murderer once. I thought I did okay but so many people guessed it was me! (Also I know people are going to bring up Amanda’s history with her husband. She’s claimed that they didn’t get together until they were both single.)

As for the way Amanda selectively shares about her daughter while trying to shield her privacy, that’s understandable and I think she’s doing alright. The stories Amanda has told about her daughter so far are not stigmatizing at all. She’s not like Kristen Bell airing all her family’s dirty laundry and then asking for privacy at the same time.

Here’s the interview with Cinemablend.

The Scoob to my Shaggy 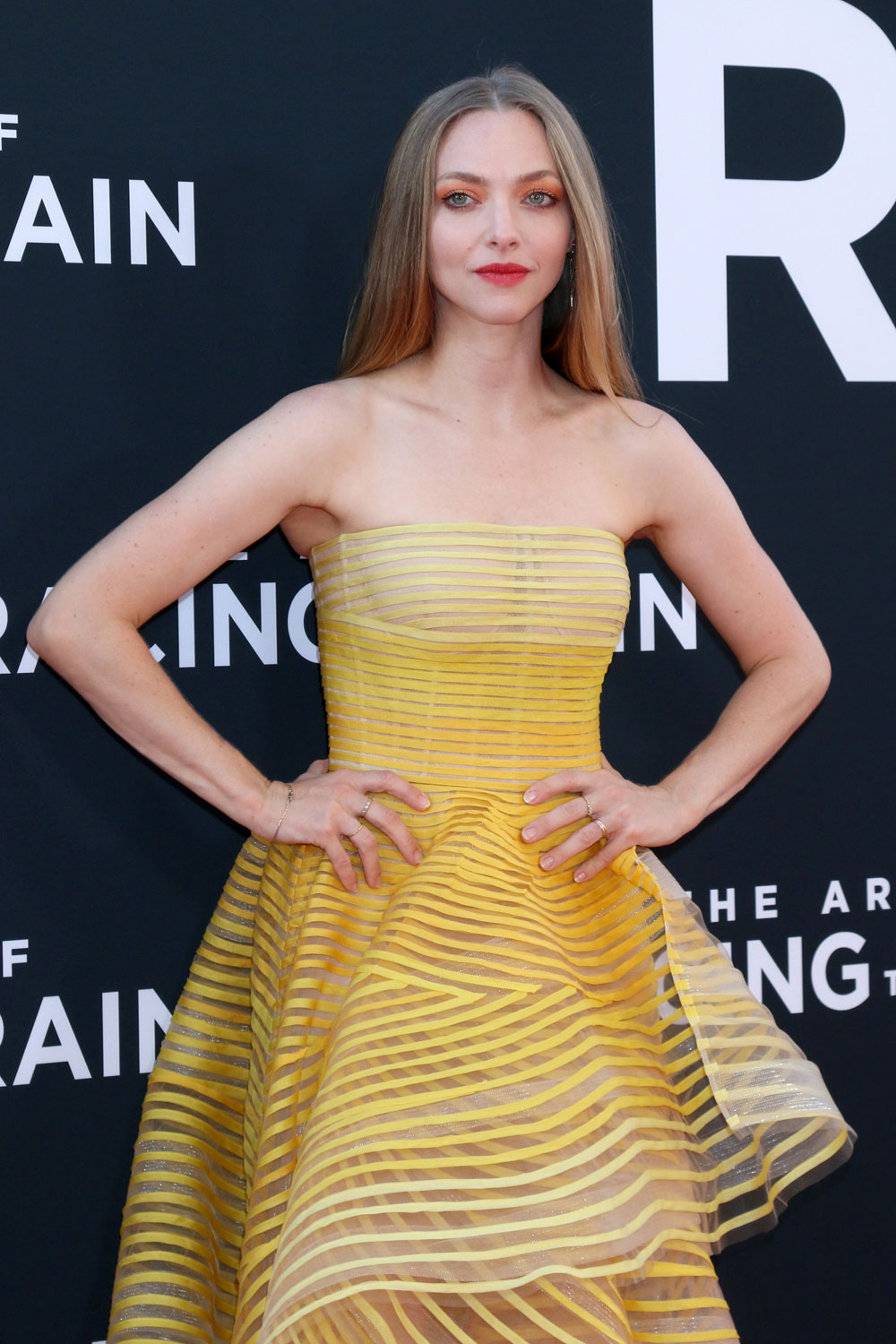 28 Responses to “Amanda Seyfried: ‘It really is hard for me to lie in my life’”