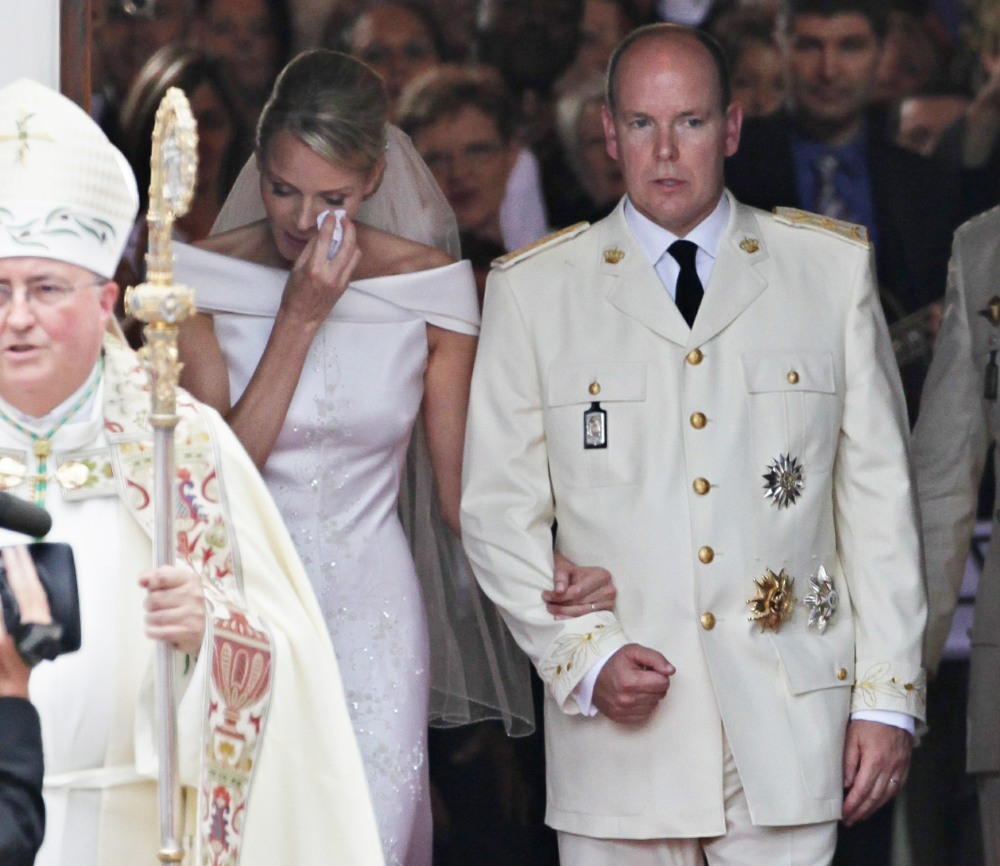 Prince Albert of Monaco married then-Charlene Wittstock on July 1st, 2011. That was the private civil ceremony, and then a day later, Charlene and Albert had their big splashy church wedding. As I was going through the old photos, I was struck by how “glamorous” this Monte Carlo wedding really was – there were royals from nearly every European royal house in attendance. There were models like Naomi Campbell in attendance. There were celebrities and President Sarkozy. And yet, the whole thing did come across as kind of tacky – yes, it was shiny and glamorous, but there was a veil of cheapness around just the optics.

Of course, the story of Albert and Charlene’s wedding was big news at the time, not just because Albert was then 53 years old and this was his first marriage. It was because it was widely reported in the French and American press that Charlene had tried to escape just days before the wedding. I still remember the story – she had cold feet, or perhaps just an impending sense of doom, and she bolted. Albert’s goons apparently caught up to her quickly and they brought her back to Monaco and – this was truly reported – Albert took her passport. Allegedly!

I remember how sedated she seemed at the event for the civil wedding and then how depressed she looked for the church wedding. “The Prisoner Bride” narrative really took hold. Then Charlene started crying during one part of the wedding service and she basically stood there sobbing for several minutes.

Looking back on it, the “cover story” of “Charlene was overcome by the singing” story might have been true. Albert didn’t seem that cold to her at all – he actually seemed to ask her if she was okay as she broke down. But yeah, it definitely fed into a certain narrative!

As for her wedding gown, it was Armani Prive (even though Karl Lagerfeld was a personal friend of Prince Albert). The gown was… not great, honestly. I remember thinking that “off the shoulder” cut was not that flattering. But looking back on it, that part doesn’t bug me as much as the fit throughout the bodice. And the fabric didn’t read as luxurious on-camera, it looked like cheap sateen. Looking back on it though, I really like the fact that Charlene didn’t wear a tiara – she did have a diamond clip on one side of her (lovely) low bun, but she kept the look from the neck up very clean. Her hair and veil honestly looked gorgeous. 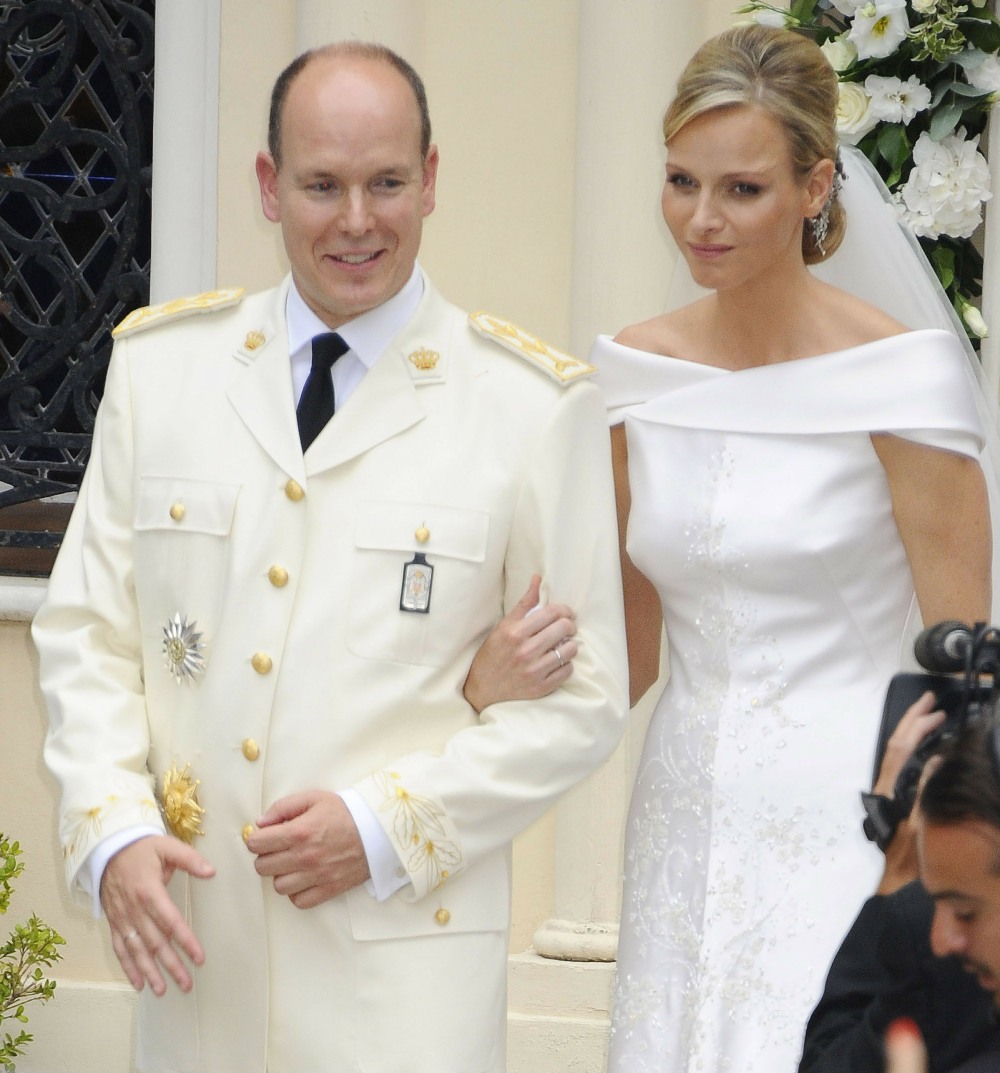 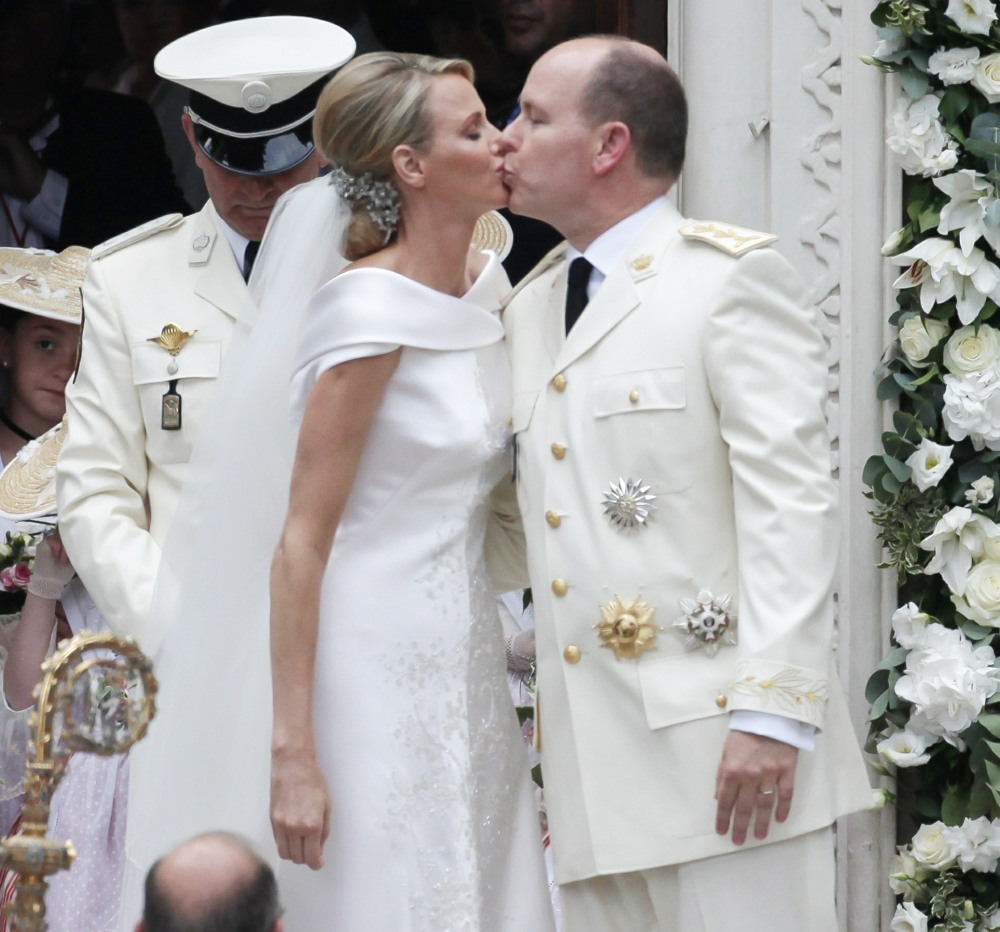 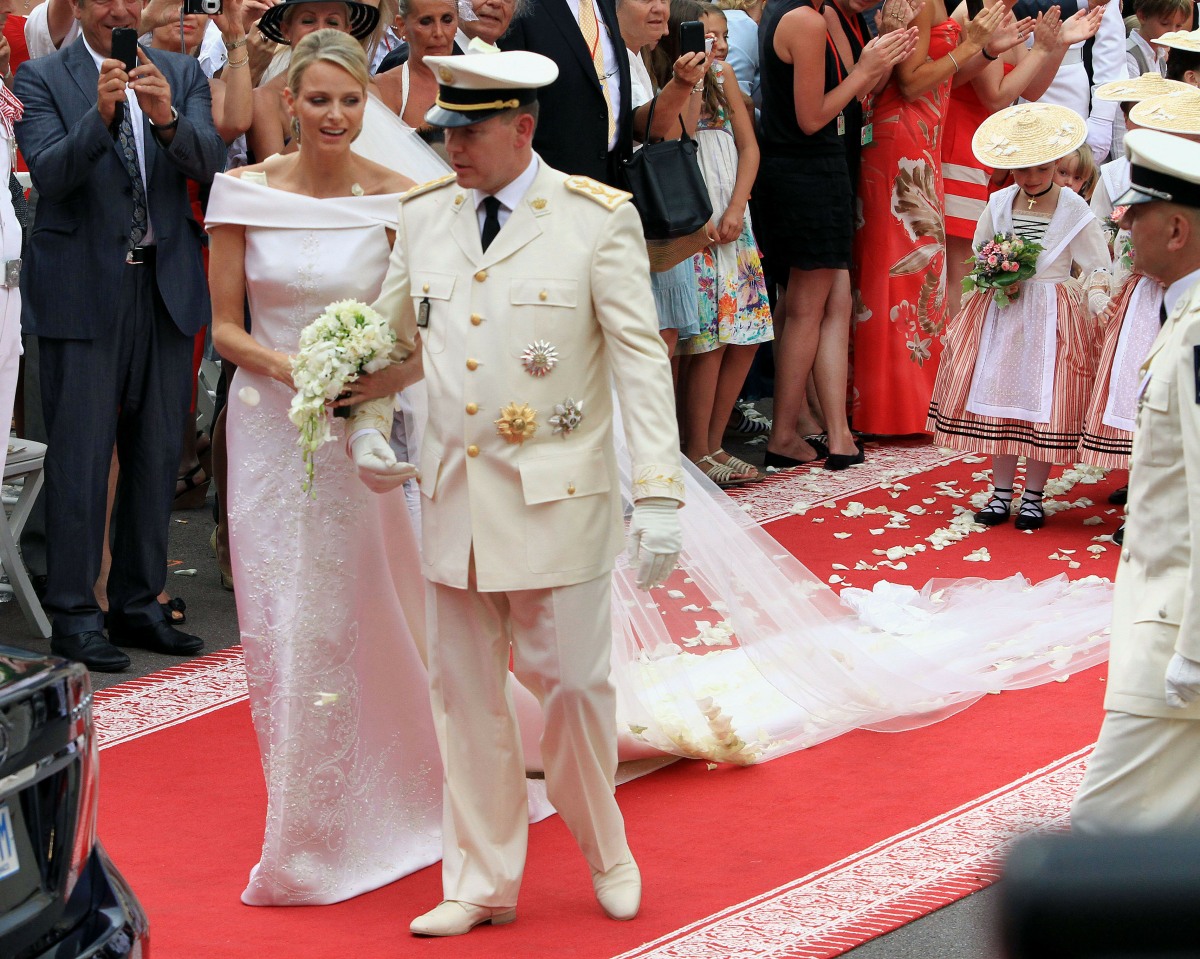 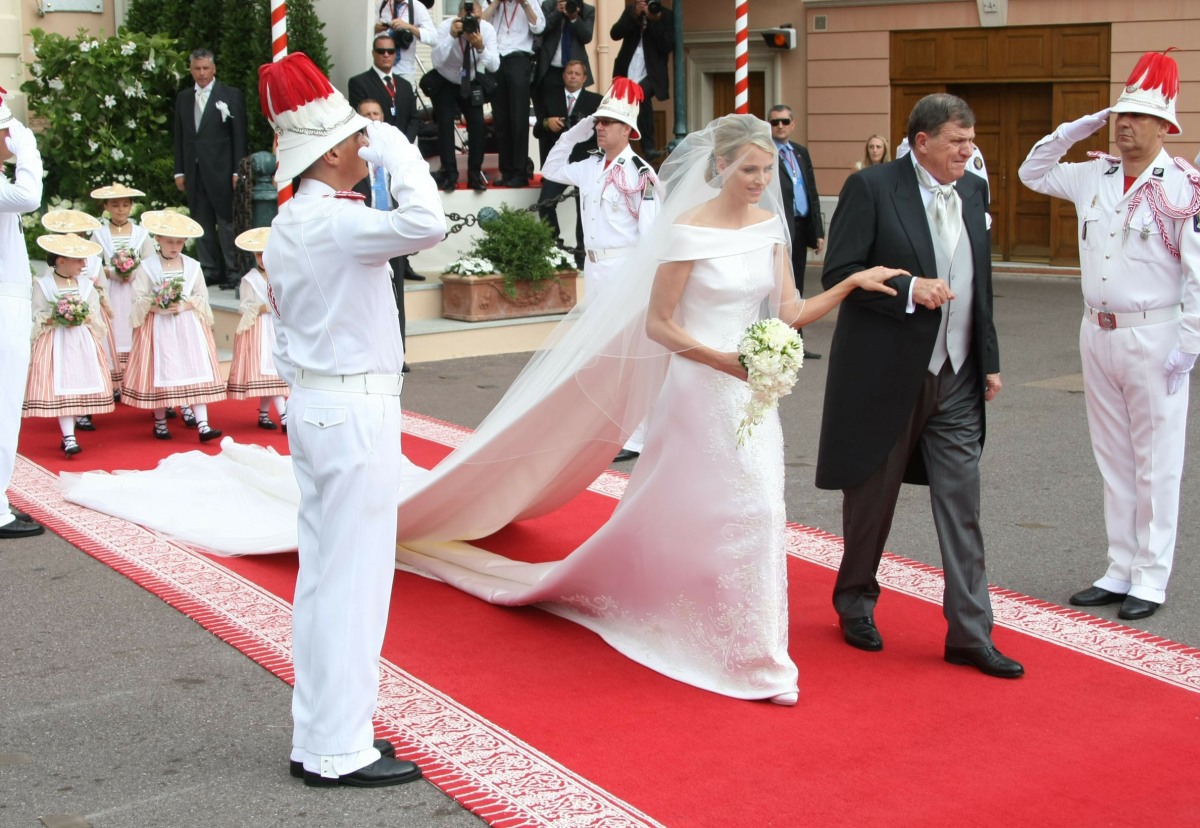 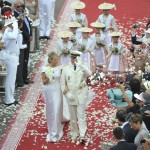