Regina Hall on Facetiming her mom: I see her chin and ceiling regularly 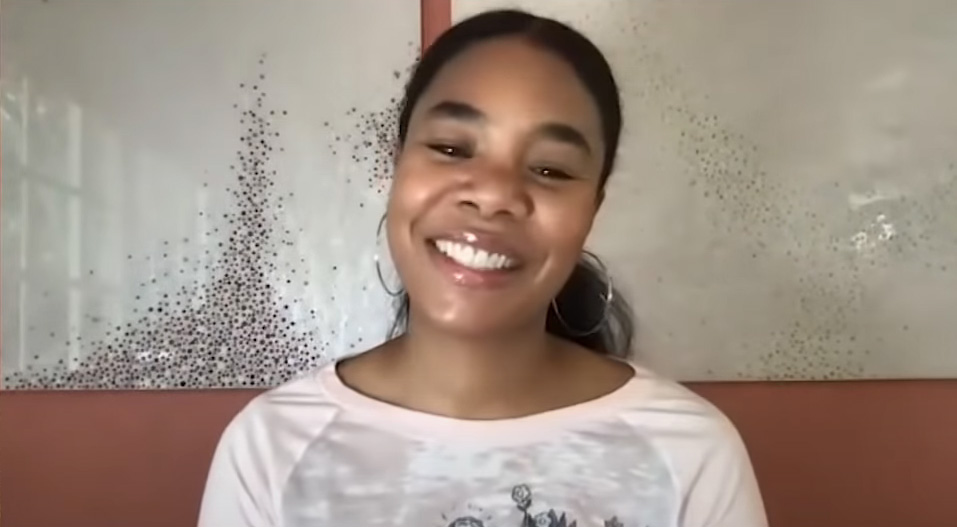 Regina Hall was on Late Night with Seth Meyers last week and I’m just getting a chance to see it now. She’s promoting Black Monday on Showtime with Don Cheadle, the second season of which is airing now. Regina was set to appear on Seth’s show right before lockdown, but her episode was canceled due to the pandemic. I remember her telling a story last year about how she gave her dog’s marijuana oil to her mom, who ended up so high she had to go to the hospital. This time she said that she got her mother an iPhone and that her mother disabled it by entering the wrong code too many times. Regina is now able to Facetime her, but it doesn’t sound like it goes smoothly. I’ve included that part of the interview below and it’s worth watching, I laughed out loud a few times.

On The Hate U Give being relevant today
The fact the people had to put their normal activities on pause has given them the room to take notice of things that have been going on. When we came out, there were a lot of movies and people were busy [and thinking] ‘I want to watch something happy.’ People are really in the process of wanting change and evolution. Now they’re discovering it and it’s resonating in a completely different way than it did two years ago.

In it’s own way it’s a coming of age story. It’s a very empowering movie. It’s about this young girl and how her group of friends band together. It touches a lot of things that are going on today.

On how her mom is doing and if she sees her
I see my mother’s chin and ceiling regularly. I got her an iPhone so we could facetime. When I first sent it to her I guess she kept hitting the wrong code and she disabled the phone, which I didn’t even know you could do. [Her brother had to take it to the Apple store] We removed some of the things, simplified it and she does Facetime. She hasn’t quite grasped the [angles and framing].

On how she sees friends
In the neighborhood we have a socially distanced block party. Chalk lines, everybody brings their own food and table and chairs. We do share wine [but] bring our own cups. If you’re holding you can pour [for other people].

[From The Late Show with Seth Meyers]

I would love to have a block party with strict rules like chalk line distancing, masks when not eating, and bring your own food. As long as everyone does that it sounds safe. During the interview Regina’s mom called her on the house phone! She still has a house phone it was so cute, and she said “mommy, I told you I had an interview.” She apologized and said she tells her mom her schedule but it doesn’t matter. That rings so true that her mom is trying to Facetime her and it’s not working that well. She should get her mom a little phone stand, but who knows if she’ll use it. I’ve been trying to Zoom my parents sometimes so we can do larger meetings and they can’t get the audio on their computer to work. (We’ve tried.) My parents and I use the Amazon Echo Show to video chat. My mom puts it in front of the couch by the TV so I can call her anytime. My mom is pretty technically savvy though, she’s even on Twitter.

The Hate U Give is on HBO. I watched it over the weekend finally and it’s as good as everyone has said. Amandla Stenberg is so good in it and I’d like to see more of her work. Also Little is super cute if you haven’t seen it yet, it’s on Amazon Prime.

Here’s that part of the interview! The first part is here.

Regina on March 12th. I remember March 12th!! The next day was my birthday and that’s when everything shut down. 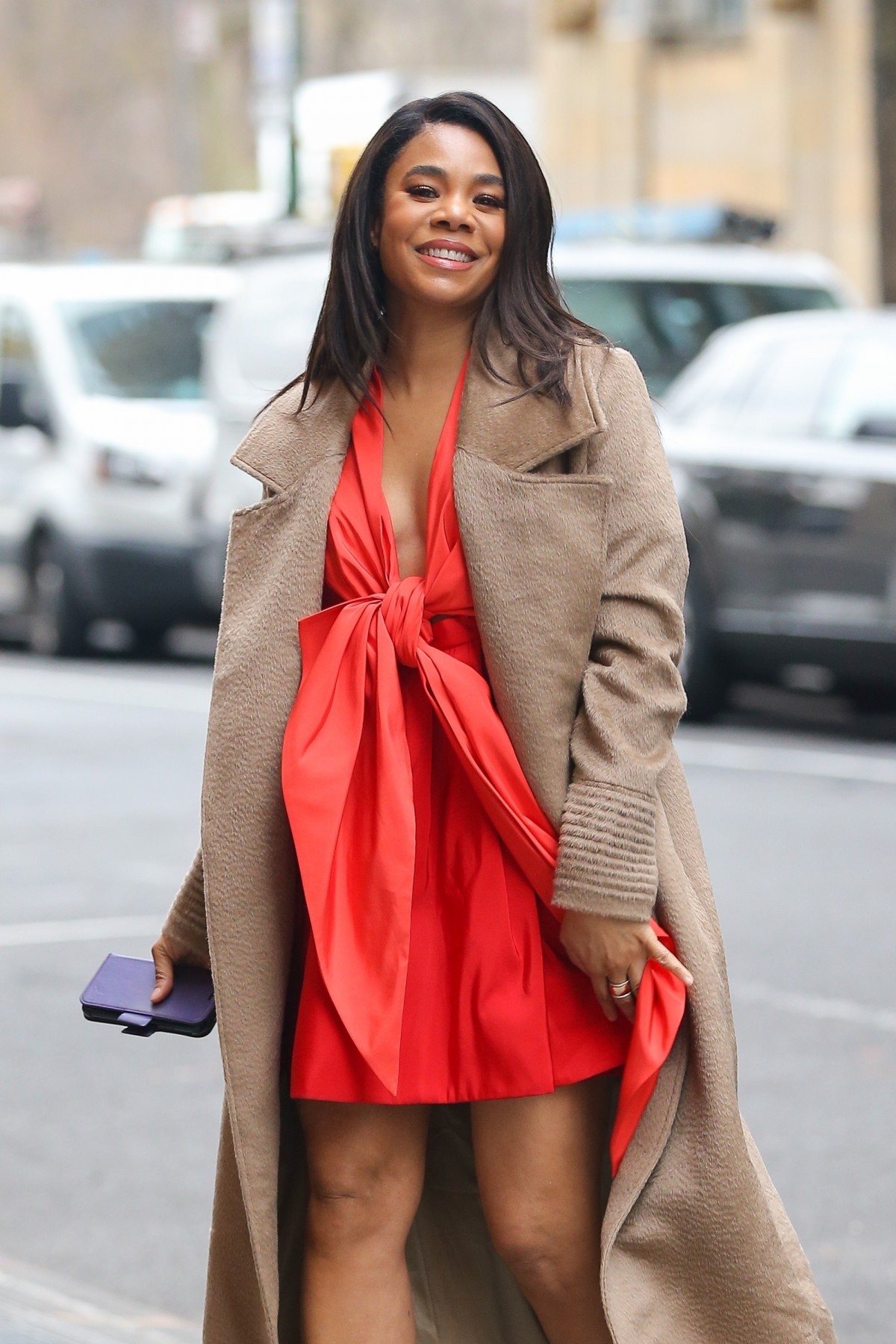 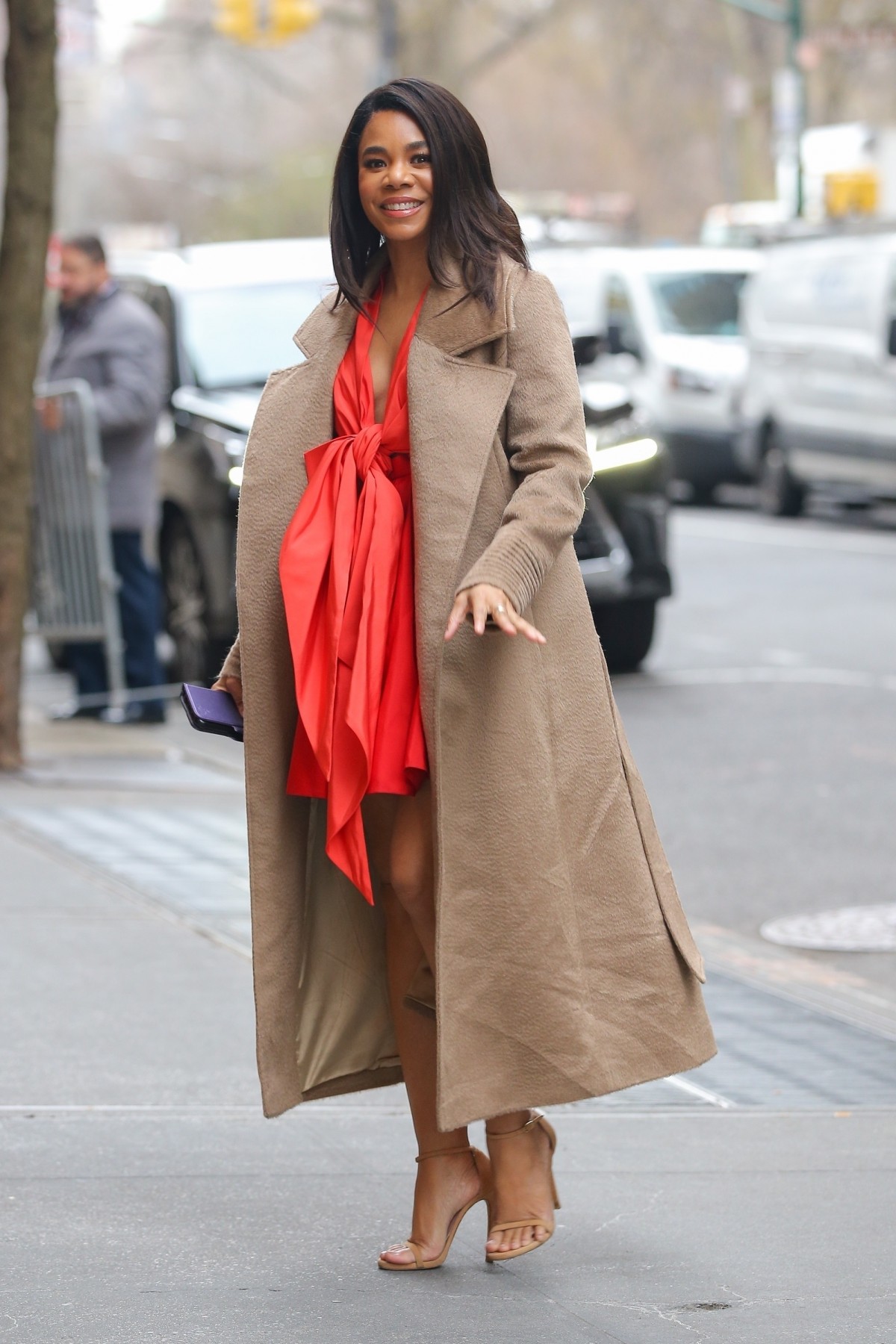 12 Responses to “Regina Hall on Facetiming her mom: I see her chin and ceiling regularly”