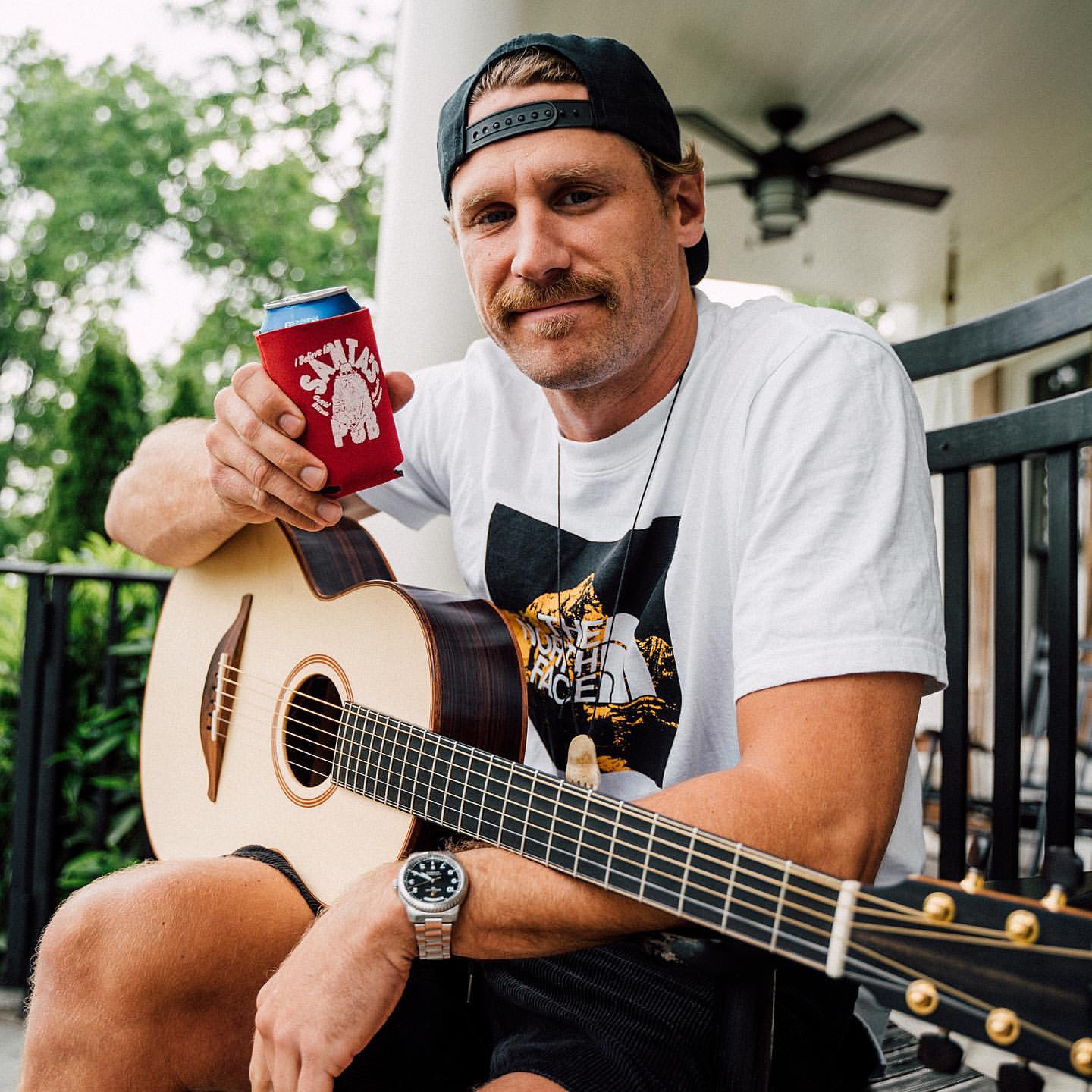 On Friday we talked about Vanilla Ice’s planned concert this Friday at a bar in Austin, Texas that has made headlines for packed crowds. Texas governor Greg Abbott has since closed bars and limited restaurant capacity due to infection spikes in Texas, but it’s unclear how that will affect Ice’s show. (Previous photos of people standing close to each other watching a show were during limited capacity events.) I’m worried that Fourth of July weekend is going to be a mess of super spreader events. Here’s more evidence of that. Both Chase Rice (“Eyes on You”) and Chris Janson (“Buy Me a Boat”) had huge concerts over the weekend. Thankfully they were outside, but photos of the crowd show that almost no one is wearing a mask! I did see a couple of people wearing bandannas in a sea of faces. Chase’s concert was in east Tennessee and Chris’s was in Filer, Idaho. Both artists posted videos and photos of their shows and Chris deleted his after criticism. Variety reports that the crowd in Idaho at Chris’s show was 2,800 and the crowd in Tennessee was around 1,000.

Country singer Chase Rice is taking heat after sharing video footage of a concerts he played in east Tennessee Saturday night, with footage showing large, packed outdoor crowds rocking out shoulder-to-shoulder with no sign of social distancing or masks.

Rice posted video of his riled-up audience in east Tennessee, taken from the stage, as part of an Instagram post with the caption: “We back.” The video clips remained up Sunday on his Instagram story, even as it became the subject of angry voices on social media.

Another country star, Chris Janson, also used social media to share footage of a concert he played to a sea of fans Saturday night , although it was difficult to tell from the footage whether any of the members of the similarly jam-packed audience at the Hwy 30 Fest in Filer, Idaho were wearing masks. Late in the day Sunday, he deleted his video footage from Instagram, along with a tweet that showed the festival crowd.

This is getting more headlines because Kelsea Ballerini rightfully called Chase out:

Imagine being selfish enough to put thousands of people’s health at risk, not to mention the potential ripple effect, and play a NORMAL country concert right now. @ChaseRiceMusic, We all want (and need) to tour. We just care about our fans and their families enough to wait. 🤷🏼‍♀️ https://t.co/eJaLnGu28k

The festival organizers in Tennessee said they checked temperatures, limited capacity and provided hand sanitizer, but could not get the crowd to social distance, which was voluntary.

Although the audience appears vast in the video Rice posted, and some news reports had attendance at 4,000, Brushy Mountain said the figure was actually well below that. “We drastically reduced our maximum venue capacity of 10,000 to 4,000 maximum capacity (lower than the state’s advisement of 50%) with less than 1,000 in attendance Saturday night, providing ample space in the outdoor lawn area for fans to spread out to their own comfort level,” said May. “All guests were given temperature checks prior to entering the venue and free hand sanitizer was provided to everyone at entry. All vendors and staff were advised to wear masks and gloves when interacting with guests, and bandanas were available for purchase on-site.”

May indicated the crowd was not eager to voluntarily follow social distancing guidelines, which will prompt reevaluation. “We were unable to further enforce the physical distancing recommended in the signage posted across the property and are looking into future alternative scenarios that further protect the attendees, artists and their crews and our employees. We are reevaluating the series from the top to bottom — from implementing further safety measures, to adding stanchions, to converting the space to drive-in style concerts, to postponing shows.”

Variety goes on to report how both artists have written ignorant (my words) songs about coronavirus. Chase’s includes such choice lines as “Dear corona, you don’t know the heart of a country fan / You don’t know that we don’t give a damn.” Chris sings “Open up the doors and fill the seats / ‘Cause people still gotta eat.”

I hope they are both shamed mercilessly, which is already happening. It’s so disheartening that not only has US “leadership” not outlawed large events like this, they’re actively encouraging people to not wear masks, which we know work. Stay home, wear a mask and socially distance. It’s a-holes like these people who are putting so many others at risk and who are going to keep us in lockdown so much longer than we need to be.

Oh look, Chris Janson also doesn’t care about the health of his fans! I used to work for his management company but they laid me off in April so now I can come right out and say that this is reprehensible, yay! pic.twitter.com/5LFeTpeYRk

So @ChaseRiceMusic had a concert tonight in TN.

Excited to be able to perform again on the stage that means so much to me… @opry starts tonight at 7 CT!