Tennis player Alex Zverev lied about self-isolating, he partied in France this weekend

Everyone in this ^ photo tested positive for the coronavirus except Alexander “Sascha” Zverev, the blonde dumbass (and would-be tennis heartthrob for youths) on the far right. Borna Coric, Grigor Dimitrov and Novak Djokovic all got infected with the virus at some point during the two weeks they spent in Belgrade and Zadar as part of the Djokovic-organized Adria Tour. We spent all of last week talking about Djokovic having NO precautions, testing protocols, or social distancing on the tour.

Personally, I found it strange that Zverev “tested negative.” A while back, he actually claimed to have caught the virus late last fall, when the tennis tour moved through Beijing and Shanghai (in what would have been the first half of October). He was sick around then, but… I have my doubts. Especially since he truly played so badly during the Adria Tour – he *looked* sick and he played like he felt ill. After Zverev got tested in Zadar two Sundays ago, he released this statement: 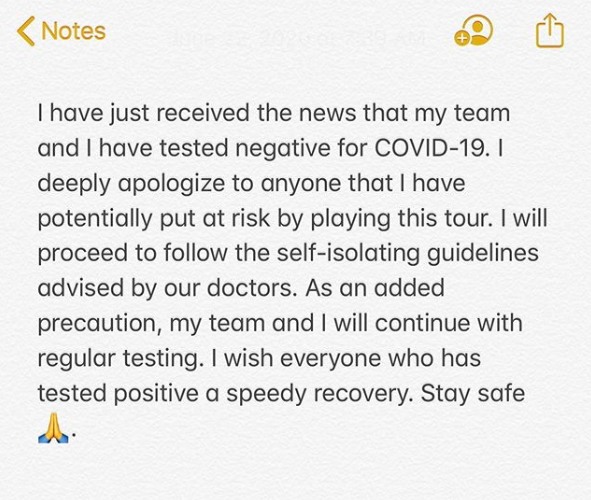 He likely released that statement when he was still in Zadar, Croatia. Ever since then, there have been reports that he actually didn’t stick around Croatia and he wasn’t self-isolating whatsoever. Then yesterday, there was proof. The idiot was in the South of France at a wedding or party. No masks, no social distancing, and he was drinking and hanging out with some, uh, ladies:

“I deeply apologize to anyone that I have put at risk…I will proceed to follow self-isolating guidelines…stay safe 🙏.”

I cannot believe this dumbass. I mean, I follow tennis so I know Sascha really is *that* dumb, but I honestly thought that after his team released that statement about self-isolating, he actually would, you know, try not to party for a few weeks. Between Zverev and Dominic Thiem (who also allegedly tested negative), there will be a major coronavirus outbreak in France and Austria anyday now because these idiots can’t stay in a hotel or a house for two full weeks.

So now it’s a huge thing and even Sascha’s former (?) BFF, Australian player Nick Kyrigos bashing Sascha as “selfish.” I really do love tennis drama, but this corona-drama is so dangerous.

23 Responses to “Tennis player Alex Zverev lied about self-isolating, he partied in France this weekend”