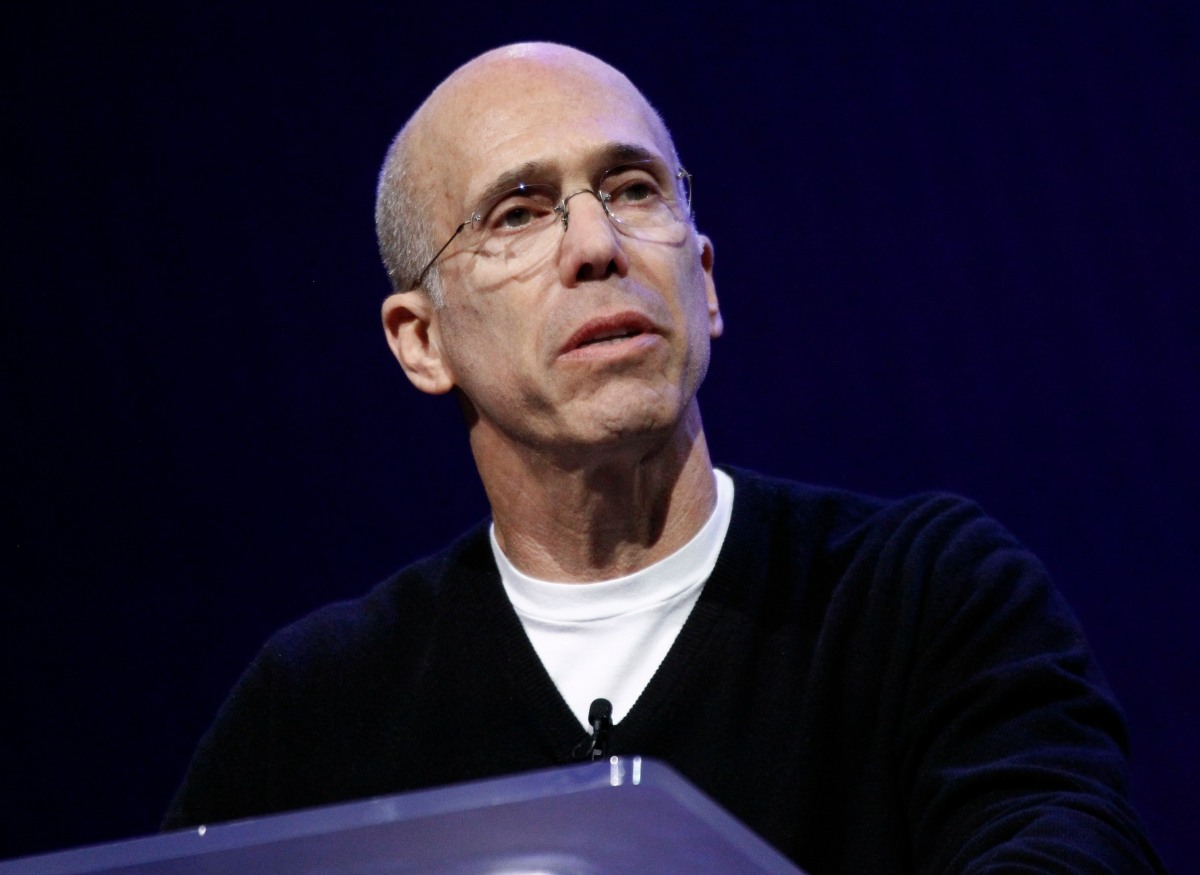 There haven’t been that many true Hollywood scandals this year, because most of Hollywood is locked down, unemployed and simply trying to deal. Which means everyone has time to really dunk on Jeffrey Katzenberg and the failure of Quibi, the streaming app service creating unique content meant to be watched on your phone. We discussed the failure of Quibi last month in the context of Reese Witherspoon, who got paid seven figures for her Quibi junk (promotion and a show), all while Quibi is facing massive layoffs because the service is doing so poorly. To be fair, it wasn’t Reese’s fault – Katzenberg was paying A-list talent gobs of money with the hope that it would all even out when Quibi’s launch was a massive success (Quibi is currently the 284th ranked app). The failure of Quibi is entirely on Katzenberg and Quibi’s senior staff for their poor decision-making throughout the entire process. And so here we are: another analysis piece on what went wrong. This one is from Vulture and it is full of some insidery tea.

Whether the pandemic is really to blame: Jeffrey Katzenberg and Meg Whitman, Quibi’s CEO, attributed the slow start in part to the pandemic. T-Mobile, Quibi’s most important launch partner, could hardly flex its marketing muscle when most stores were closed. The “on the go” users the app was meant to capture were now stuck at home. Of the 40 million newly unemployed, a disproportionate number are the young digital natives Quibi is trying to reach. But plenty of streaming companies have seen the stay-at-home orders as a boon: Instagram Live is surging, and mobile-phone use is up, with shocked iPhone users posting screen-time reports graphing dramatic spikes. It’s easy to imagine users of a new, bite-size video app sitting in bed at night gorging on mouthfuls of fresh content.

The name: The new name was Quibi. Katzenberg had originally wanted to call it Omakase, after the sushi tasting menus he enjoyed at least once a week at Nobu Malibu. “That would have really won over Wisconsin,” a former insider notes. Ultimately, Quibi won the day. “They never asked staff to weigh in on it,” this person says. “People on staff thought it was cringey and would ask, ‘Is it too late to change it?’ Meg loved it.” Though arguably no sillier-sounding than Hulu, Quibi would be roundly mocked by people who thought it sounded like a “quinoa-based doggy snack” or “the cry of an attacking Ewok.”

Katzenberg & Whitman are out of touch with the youths: People have wondered why Katzenberg and Whitman, in their late and early 60s, respectively, and not very active on social media, would believe they have uniquely penetrating insight into the unacknowledged desires of young people. When I ask Whitman what TV shows she watches, she responds, “I’m not sure I’d classify myself as an entertainment enthusiast.” But any particular shows she likes? “Grant,” she offered. “On the History Channel. It’s about President Grant.”

Oh my God: Katzenberg is on his phone all the time, but he is also among the moguls of his generation who have their emails printed out (and vertically folded, for some reason) by an assistant. In enthusing about what a show could mean for Quibi, Katzenberg would repeatedly invoke the same handful of musty touchstones — America’s Funniest Home Videos, Siskel and Ebert, and Jane Fonda’s exercise tapes. When Gal Gadot came to the offices and delivered an impassioned speech about wanting to elevate the voices of girls and women, Katzenberg wondered aloud whether she might become the new Jane Fonda and do a workout series for Quibi. (“Apparently, her face fell,” says a person briefed on the meeting.)

Katzenberg is awful: At a casting session this year, while watching a tape test for a Daily Essentials host who was a Black man with an Afro, Katzenberg said the man didn’t look “authoritative.” Content executive Shawna Thomas, an Emmy-winning journalist from Vice News and NBC, was used to the political incorrectness endemic to casting conversations, but as a discussion of the candidate’s hair went on and on, she felt increasingly uncomfortable and left the room to avoid becoming visibly upset. That evening, she and Katzenberg had a long phone chat in which she explained why she makes a point of wearing her hair in a natural style on TV — so that, say, a little Black girl watching MSNBC could see someone authoritative who didn’t conform to the predominant white American standard of beauty. Afterward, she felt Katzenberg had understood her. “The discussion was frank, honest, and positive and might not have gone as well at another company,” Thomas says.

Can you imagine thinking that you’re super-qualified to understand what the youths will want to watch on their phone and your frame of reference is Jane Fonda’s workout videos and America’s Funniest Home Videos? WTF?? And to listen to Gal Gadot talk about elevating the voices of girls and women and then asking her to do a workout series?? OH MY GOD. There’s a ton of other shade and typical Hollywood backstabbing in there – Katzenberg has made enemies throughout his career, especially when he was at Disney, where he was apparently known as a “scene f–ker,” a term I’m only learning now. It means a micromanager, someone who nitpicks every director constantly about every single little thing. Weird that he’s like that and he didn’t see the big picture of why Quibi would fail. 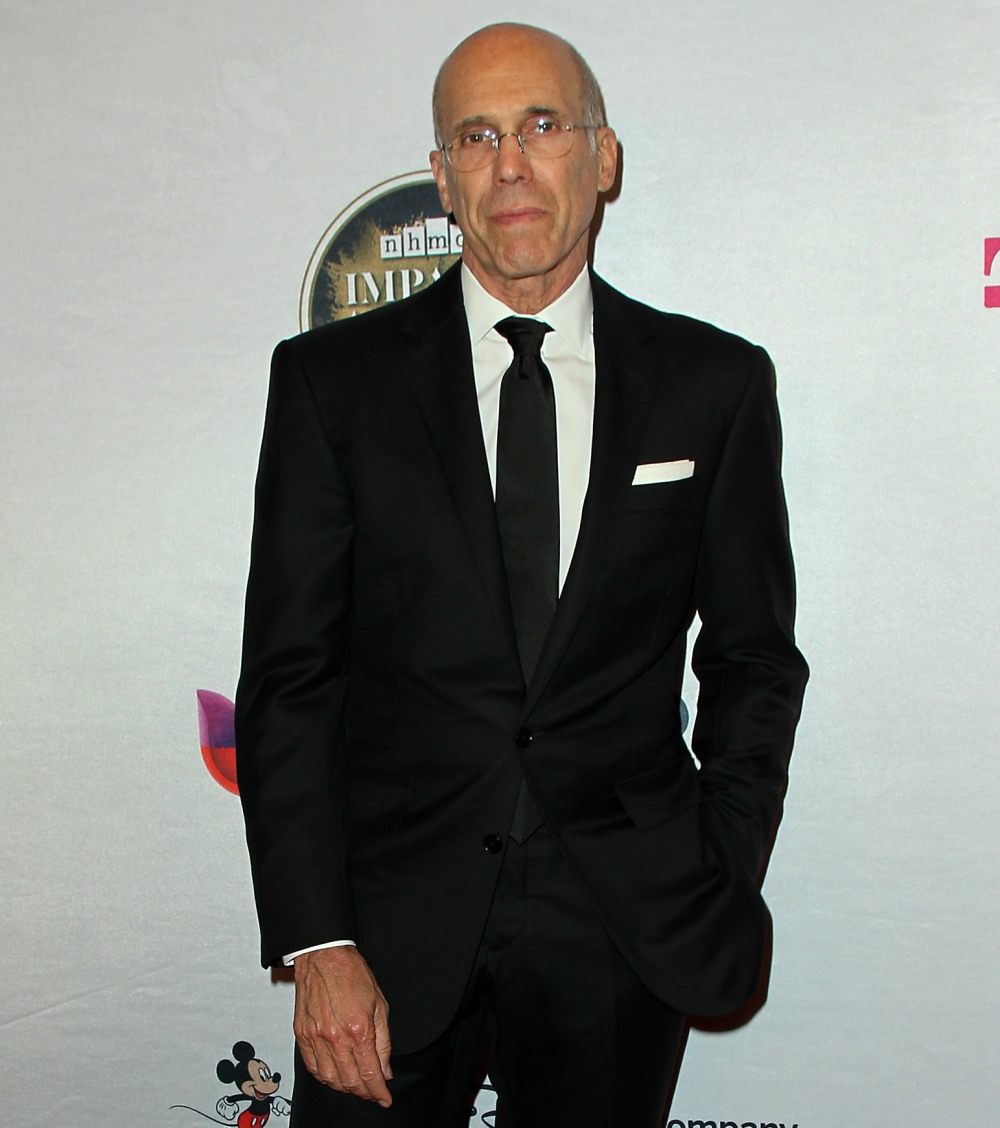