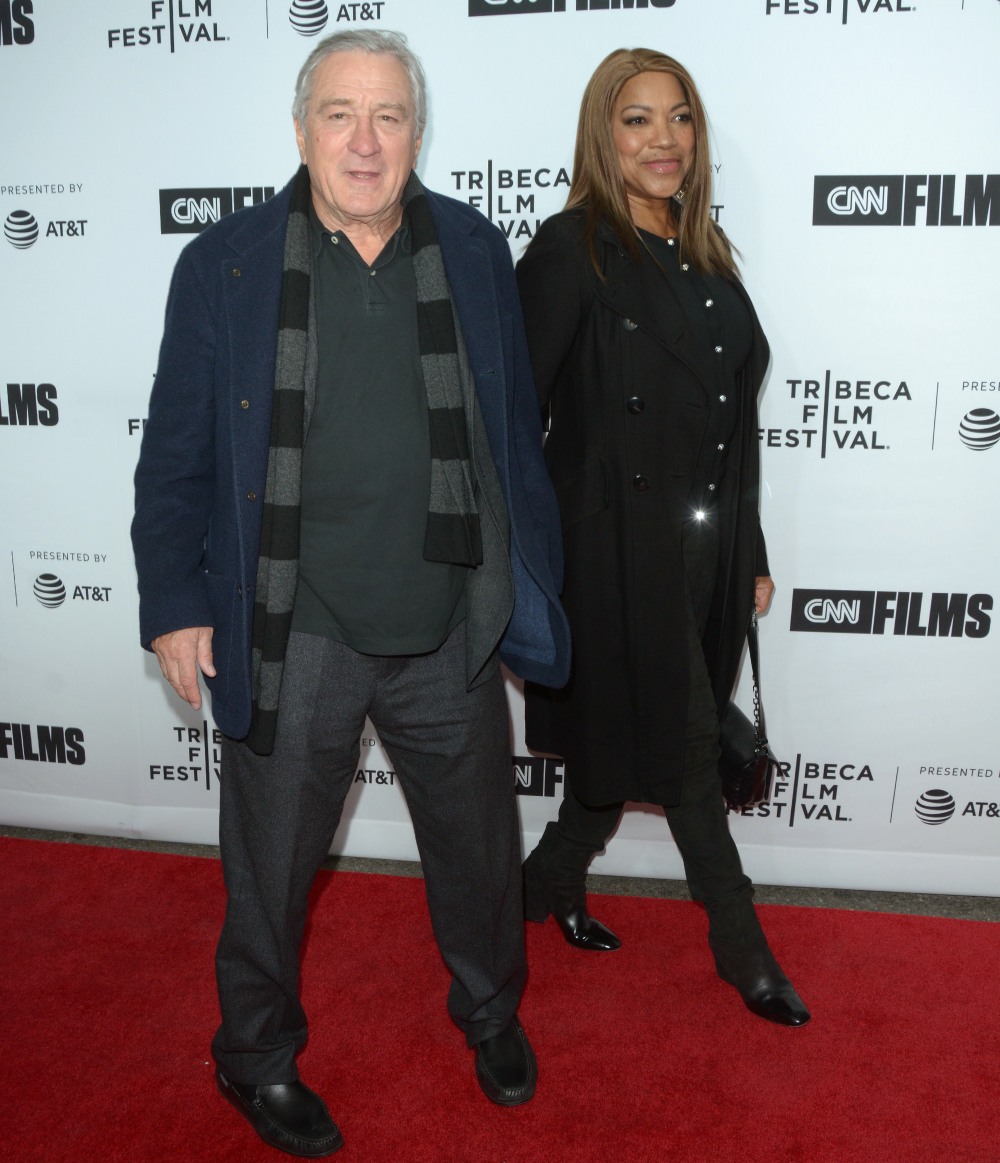 I’ve noticed that, on the whole, people generally aren’t interested in gossip about Robert DeNiro, especially about his personal life. I get that DeNiro is a national/international treasure and we tend to treat those “treasures” with kid gloves, but DeNiro is also very gossip-worthy. He does and says some notable and gossip-worthy sh-t. Case in point: DeNiro is divorcing his second wife Grace Hightower. Together, they are parents to Elliott (who is 22) and Helen, who is 8 years old. Their relationship formally fell apart in 2018, although they’d reportedly been having problems for a lot longer. They still haven’t completed their divorce, and they’re still haggling over money. Page Six has a story about DeNiro cutting Grace’s monthly American Express limit from $100K to $50K. A MONTH. This story is bonkers and it’s fascinating gossip:

Robert De Niro says he’s running out of dinero. The coronavirus dealt a massive financial blow to the actor’s finances he revealed in court, as his estranged wife asked for an emergency order to raise her monthly American Express card credit limit from $50,000 to $100,000.

The “Irishman” actor appeared by phone on a Skype call in his Manhattan divorce case with Grace Hightower as her lawyer told a judge that De Niro unfairly cut her monthly Am-Ex allowance from $100,000 to $50,000 and said she and their children had been banned from an upstate compound where De Niro is staying during the pandemic. But lawyers for De Niro said he cut Hightower’s credit card limit because he’s taken a huge financial hit as the restaurant chain Nobu and Greenwich Hotel, both of which he has stakes in, have been closed or partially closed for months with barely any business.

De Niro’s lawyer, Caroline Krauss, told the judge that Nobu lost $3 million in April and another $1.87 million in May. And he had to pay investors $500,000 on a capital call, which he borrowed money from his business partners to make, “because he doesn’t have the cash,” Krauss said. Krauss also explained that under the terms of their 2004 prenuptial agreement De Niro is only required to pay Hightower $1 million a year as long as he’s making $15 million or more in income and if his income declines his payments to her proportionally do too.

“His accounts and business manager … says that the best case for Mr. De Niro, if everything starts to turn around this year,… he is going to be lucky if he makes $7.5 million this year,” Krauss said. Krauss added that proceeds from Netflix’s “The Irishman” have mostly already been paid out and he is likely to get just $2.5 million in 2020 and 2021.

“These people, in spite of his robust earnings, have always spent more than he has earned so this 76-year-old robust man couldn’t retire even if he wanted to because he can’t afford to keep up with his lifestyle expense,” Krauss said, adding that De Niro has begun cutting back spending “dramatically.”

Hightower’s lawyer, Kevin McDonough, fired back, “the idea that Mr. De Niro is tightening his belt is nonsense. Mr. De Niro has used the COVID pandemic, my words would be, to stick it to his wife financially,” McDonough said. “I’m not a believer that a man who has an admitted worth of $500 million and makes $30 million a year, all of a sudden in March he needs to cut down [spousal support] by 50 percent and ban her from the house,” McDonough said.

Manhattan Supreme Court Justice Matthew Cooper issued a temporary ruling that De Niro should keep Hightower’s credit card limit at $50,000 a month and pay her $75,000 so she can find a summer home for their two kids while De Niro and his other children remain in his three-house compound upstate.

I mean, the financial shenanigans on both sides!! I’m aghast! The very idea that one would have to slum it on a mere $50K a month! And that Grace needs $75K for her own summer rental! HOW DARE YOU! But her lawyers have a point too – DeNiro’s net worth is substantial, even if he isn’t bringing in a lot of money currently. There could be a liquidity issue, or it could be an issue of the $500 million figure being inflated due to DeNiro’s many investments, like the Tribeca Film Festival, Nobu, etc. Whew. It feels like both things can be true: DeNiro is trying to financially screw over his estranged wife AND it’s insane that $50K a month isn’t enough to live comfortably, even in New York. 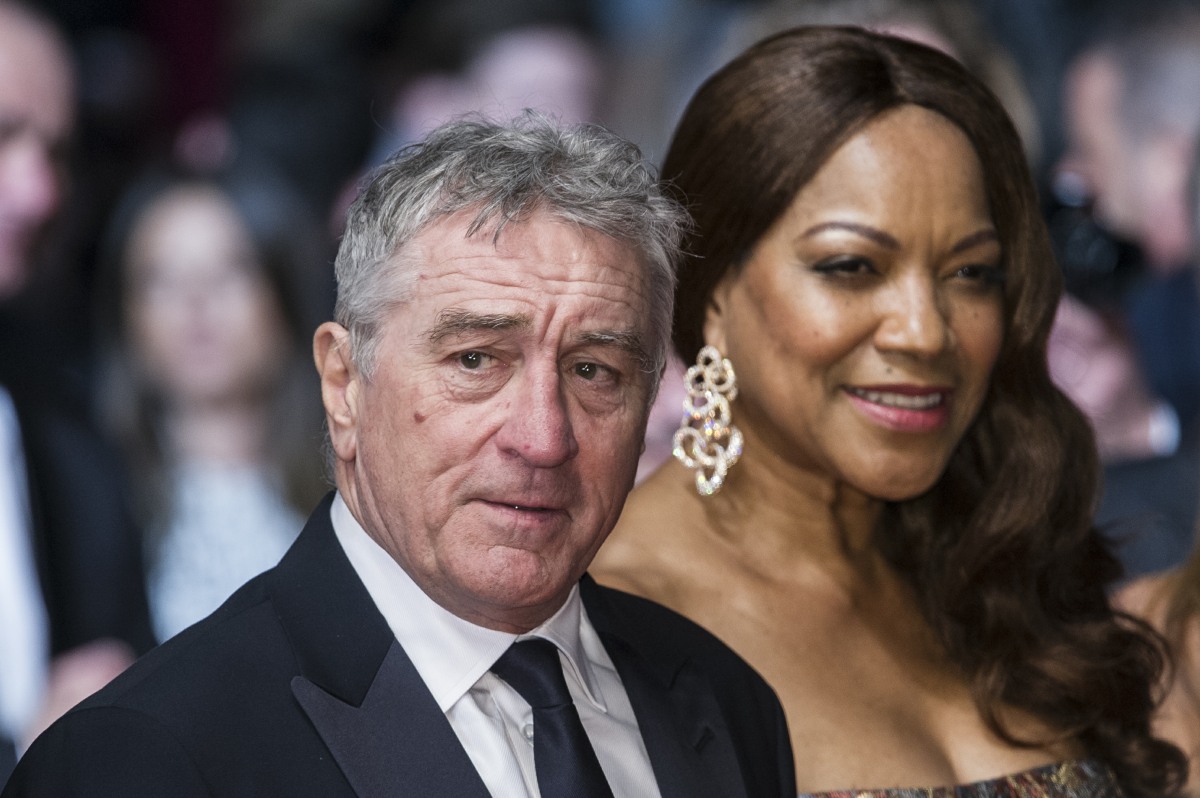