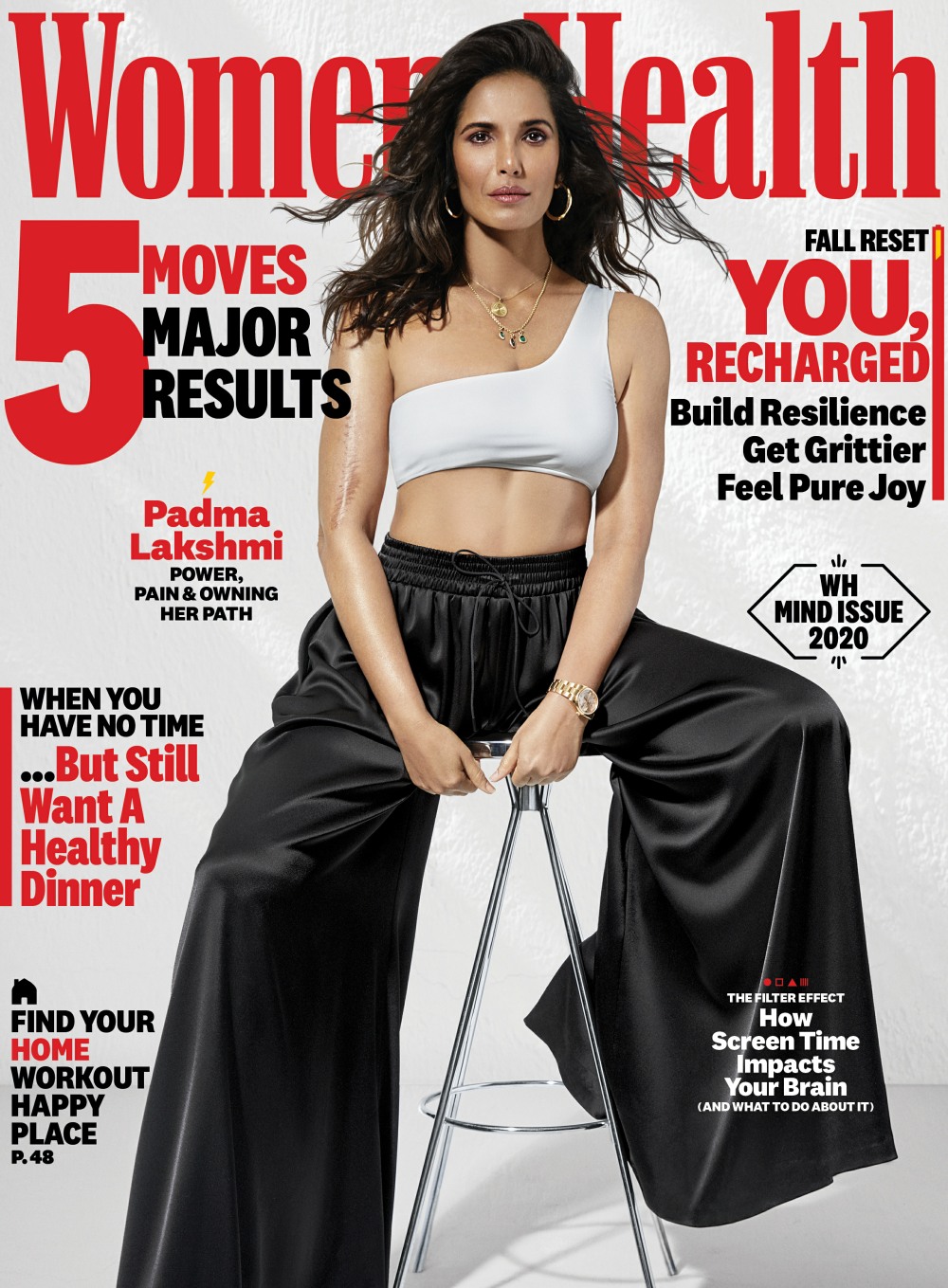 Padma Lakshmi covers the September issue of Women’s Health to promote her new food show, Taste the Nation. I’ve read some great reviews of Taste the Nation, basically calling it a political show with food, and that Padma leans into the politics of the current and historical immigrant experience in America. In the interview, Padma talks about the show, her endometriosis, and how women are usually the family cooks. You can read the full piece here. Some highlights:

On her quarantine Instagram cooking videos: “I’m very fluid with my cooking. I’m not a formally trained chef. But because I’ve been judging people for over a dozen years on television, I was afraid people wouldn’t be down with me doing this kind of ad hoc cooking [in my videos]. I’ll say, ‘Normally we use red onions in this, but I’m using shallots because that’s all I have,’ and I think that’s useful information for viewers.”

On improvising in cooking: “The professional food world is dominated by men. But most of the actual cooking of food in the world is done by women. And we women have always had to make do with whatever we can. We’re a little bit like water—we find our way because we’ve had to.”

On eating upwards of 7,000 to 8,000 calories a day while judging ‘Top Chef’: “Those chefs are cooking to win, so they’re putting in as much lard and butter and salt as they can.”

Her surgery to remove scar tissue from endometriosis: “At first, I was relieved. It wasn’t until a year after the surgery that I started getting really pissed. Like, ‘Wait a minute, I lost a week of my life every month of every year since I was 13 because of this sh-t, and I could have had this operation at 20 rather than 36?’ I’m shocked that a health professional didn’t say, ‘This is weird. Your cramps are above and beyond what they should be.’”

She came up with ‘Taste the Nation’ following the 2016 election: “I was always self-referring to my own immigrant story, and I kind of got sick of talking about myself. I started trying to find and understand the stories of other immigrants, to prove my political points. Taste the Nation is about exploring American food and how it evolves, and using food to get into a community. Because for so many of us in America, other people are deciding our narrative. Other people are telling our story in a more amplified way than we’re able to because we all don’t have access to that megaphone.”

Amplifying BLM: “I can never fully know what it is like to walk in the shoes of another minority, but I can use my own experience as a starting point to offer a platform to those who haven’t had it and most deservedly should. The only good that can come from this period of deep struggle and pain in America is a greater understanding of each other. We need every voice to play a part in making our country more inclusive.”

The part about her surgery hit me hard: “‘I could have had this operation at 20 rather than 36?’ I’m shocked that a health professional didn’t say, ‘This is weird. Your cramps are above and beyond what they should be.’” It’s remarkable how UNremarkable that story has become as more celebrity women talk about their health and healthcare. Nearly every woman has a story about a doctor minimizing their pain, misdiagnosing them or simply being bad at their jobs. And it happens to women consistently, especially about their gynecological needs or reproductive systems. It’s almost like the medical profession has always been tied to men and male-dominated politics, where “being in pain” is seen as simple part of the female experience.

And this: “Because for so many of us in America, other people are deciding our narrative. Other people are telling our story in a more amplified way than we’re able to because we all don’t have access to that megaphone.” See also: the Bon Appetit mess, where white people were running amok and “inventing” other cultures’ recipes and taking credit for it. 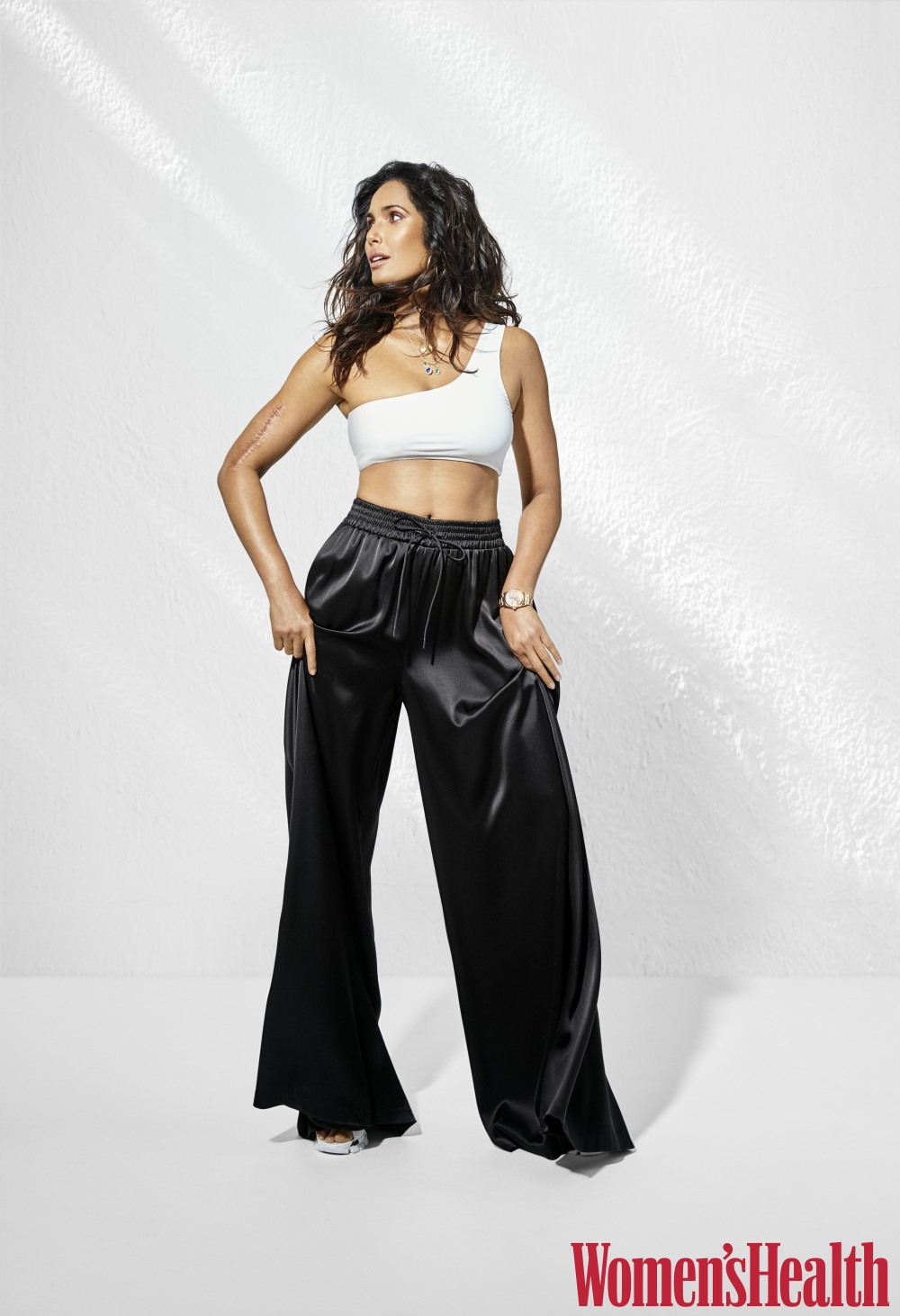