Troian Bellisario: Figuring out what to wear to the Sussex wedding was a ‘nightmare’ 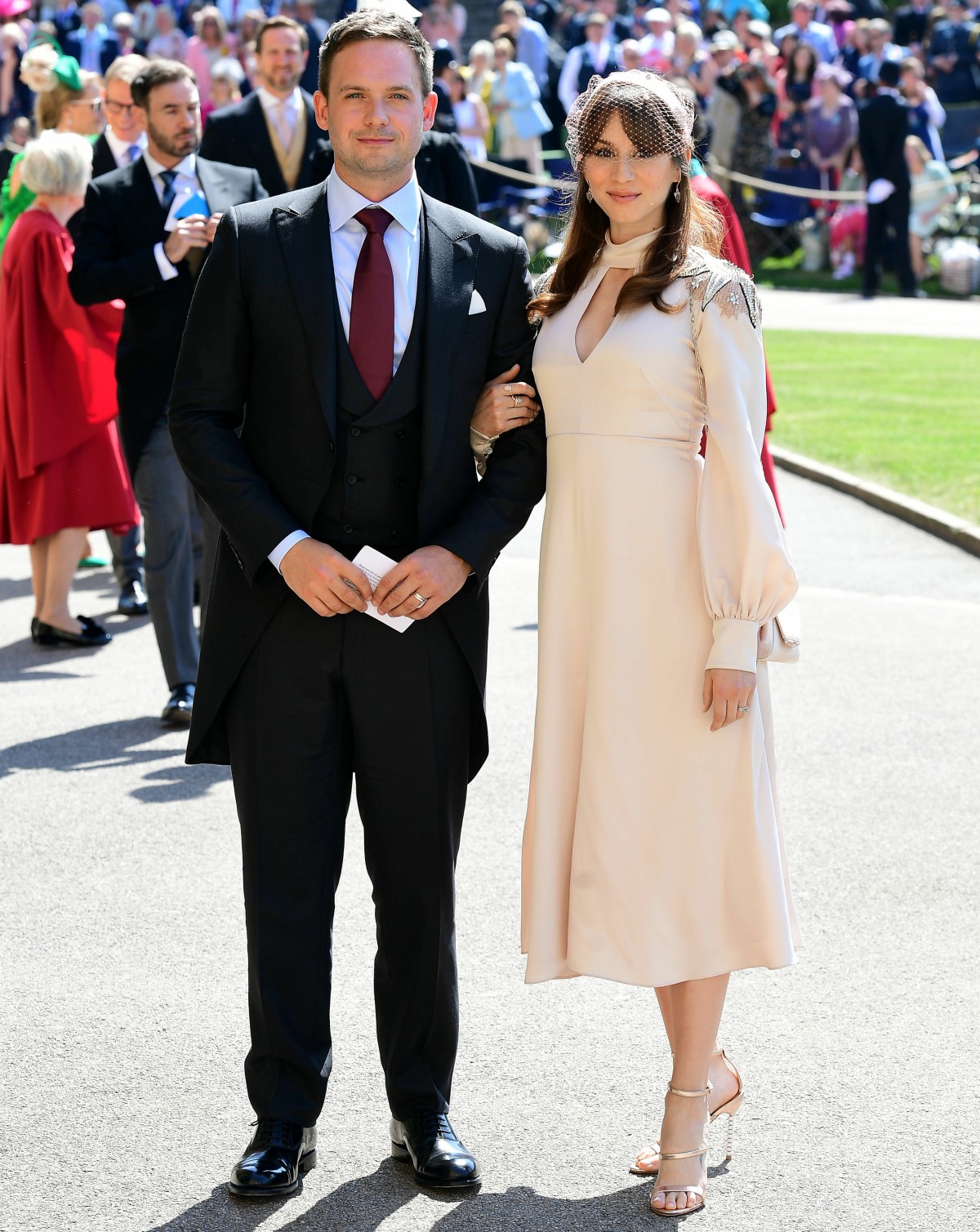 I think back often to the Duke and Duchess of Sussex’s wedding. There was so much drama leading up to it, especially with Thomas Markle and his bulls–t, but the Windsors basically “let” Harry and Meghan have their dream wedding, only the Queen specified that it had to be in Windsor. H&M were given the freedom to invite anyone they wanted, so Meghan invited practically everyone from Suits and even some people she didn’t know, like Oprah. Looking back, I feel like Meghan thought that she was being hired to bring some glamour to the staid institution (of course that glamour blew up in her face). But in any case, the Sussex wedding was “star studded.” Among the guests were Meghan’s Suits costar Patrick J. Adams and his wife Troian Bellisario. Troian recently spoke about all of the fashion anxiety that went into attending a royal wedding:

When Troian Bellisario was invited to Meghan Markle and Prince Harry’s wedding, picking an outfit wasn’t easy. The Pretty Little Liars star, 34, opened up about her struggle to find the perfect outfit in a recent interview with The Daily Telegraph’s Stellar, admitting that she had “extreme anxiety” leading up to the wedding.

“Of course I did, and I had it two-fold,” she told the outlet of her outfit anxiety. “I was trying to conceal the fact that I was five months pregnant. I was absolutely positive that it was going to be revealed.”

Most of her worries were about wearing “those hat things,” otherwise known as a fascinator. “They look ridiculous unless you’re in the 1930s,” she explained. The actress said she was worried about picking too big or too small of a fascinator. “You could get one that is an absolute piece of art, but then are you being too vain and trying to call too much attention to yourself? Or if you get a fascinator that’s very small, are you not going for tradition? It was a nightmare.”

Bellisario — who attended the wedding because her husband Patrick J. Adams was Meghan Markle’s Suits costar — revealed that she looked to her Australian-born stylist, Annabelle Harron, for advice on the hat situation.

I’m obviously including the wedding photos – Troian ended up wearing a peach-colored Temperley London dress and an Annabella Harron fascinator. It was a pretty look, but much like the Duchess of Cambridge’s “pale yellow” look at the same wedding, Troian’s dress reads as too pale and off-white-adjacent. I mean… what’s with women wearing these pale-as-hell colors to another woman’s wedding?? Just wear a jewel tone, for the love of God. That being said, I do like Troian’s look and the veil is very chic. I can’t even tell that she was in her second trimester at the time. 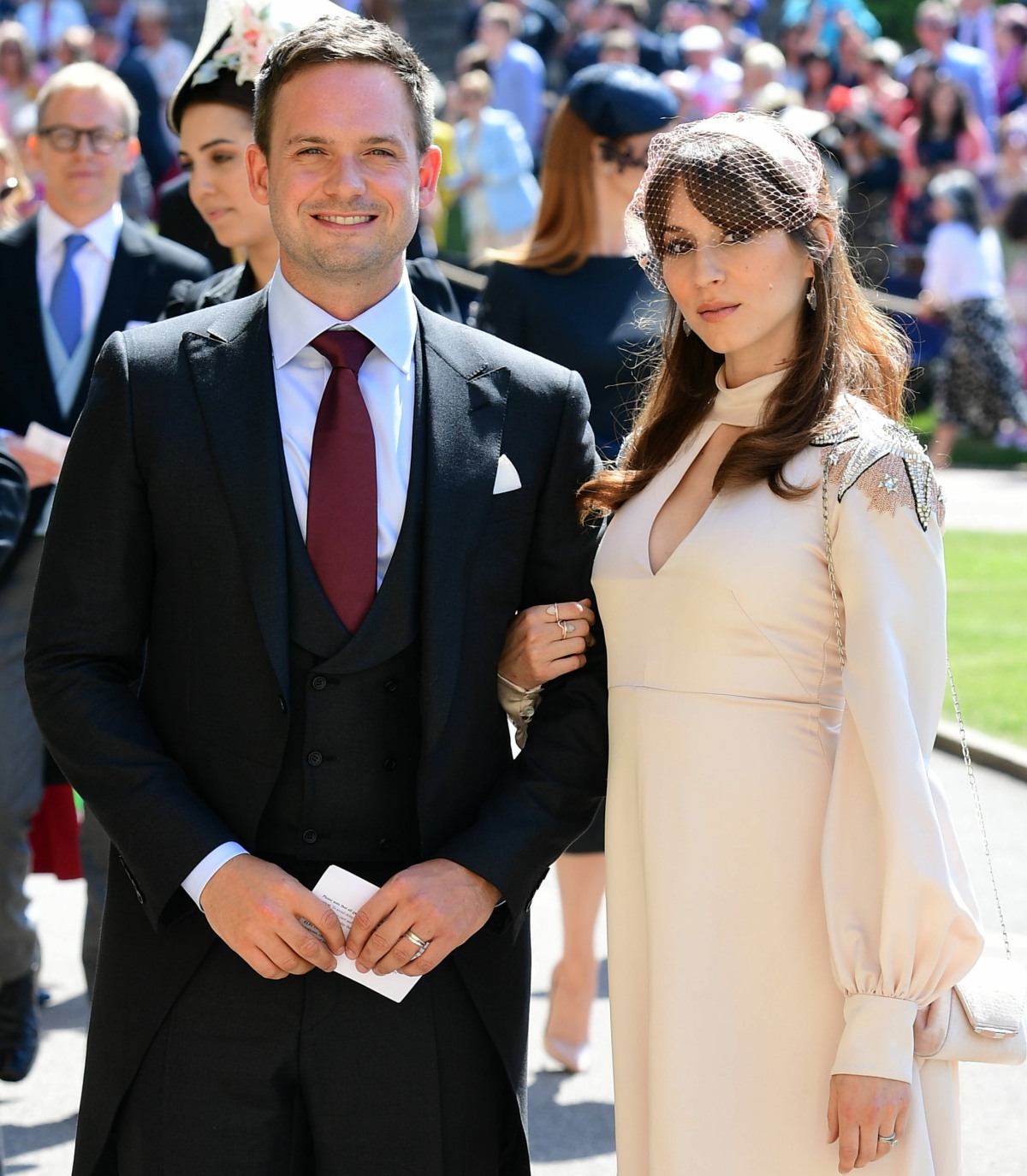 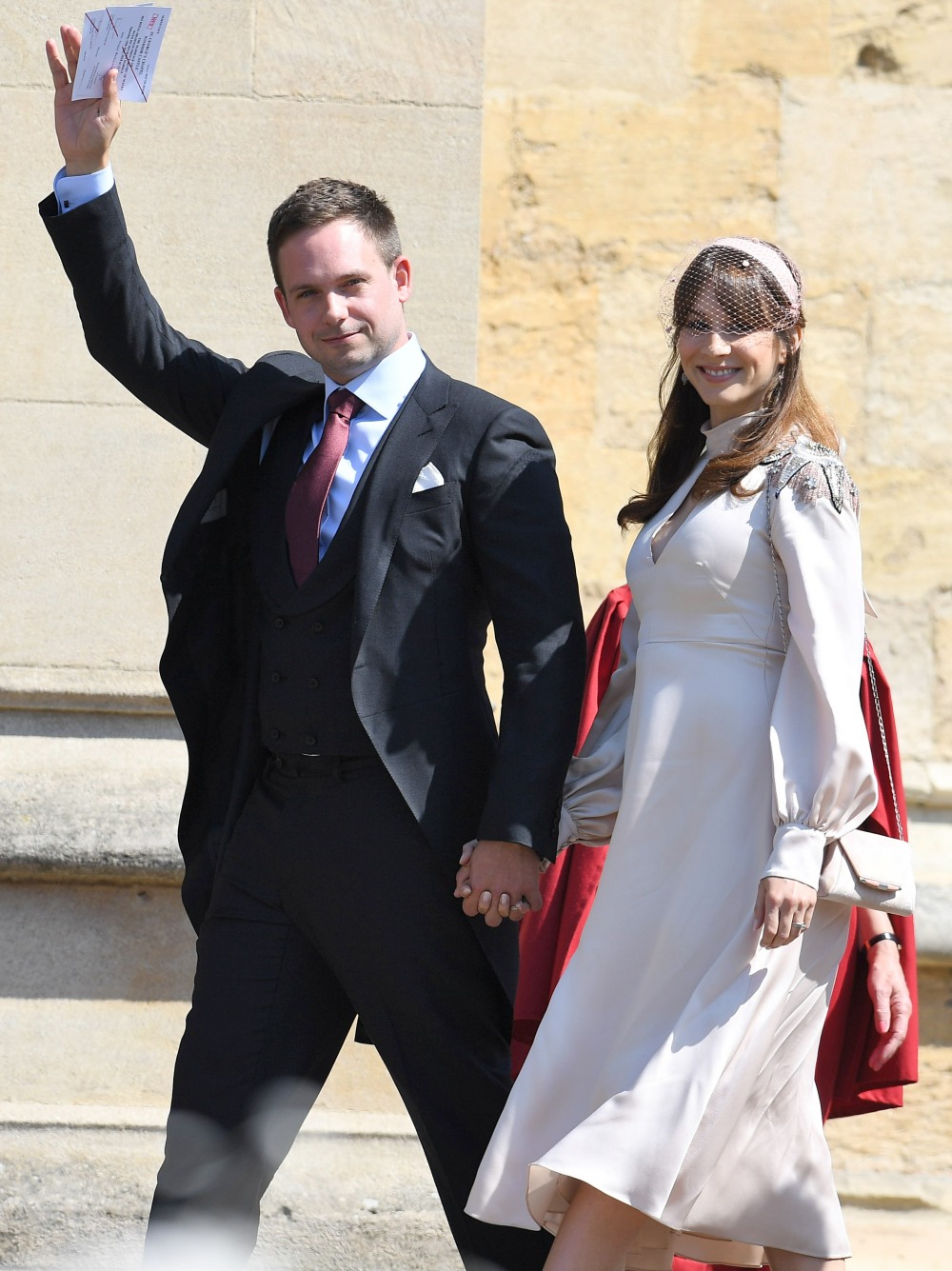 36 Responses to “Troian Bellisario: Figuring out what to wear to the Sussex wedding was a ‘nightmare’”