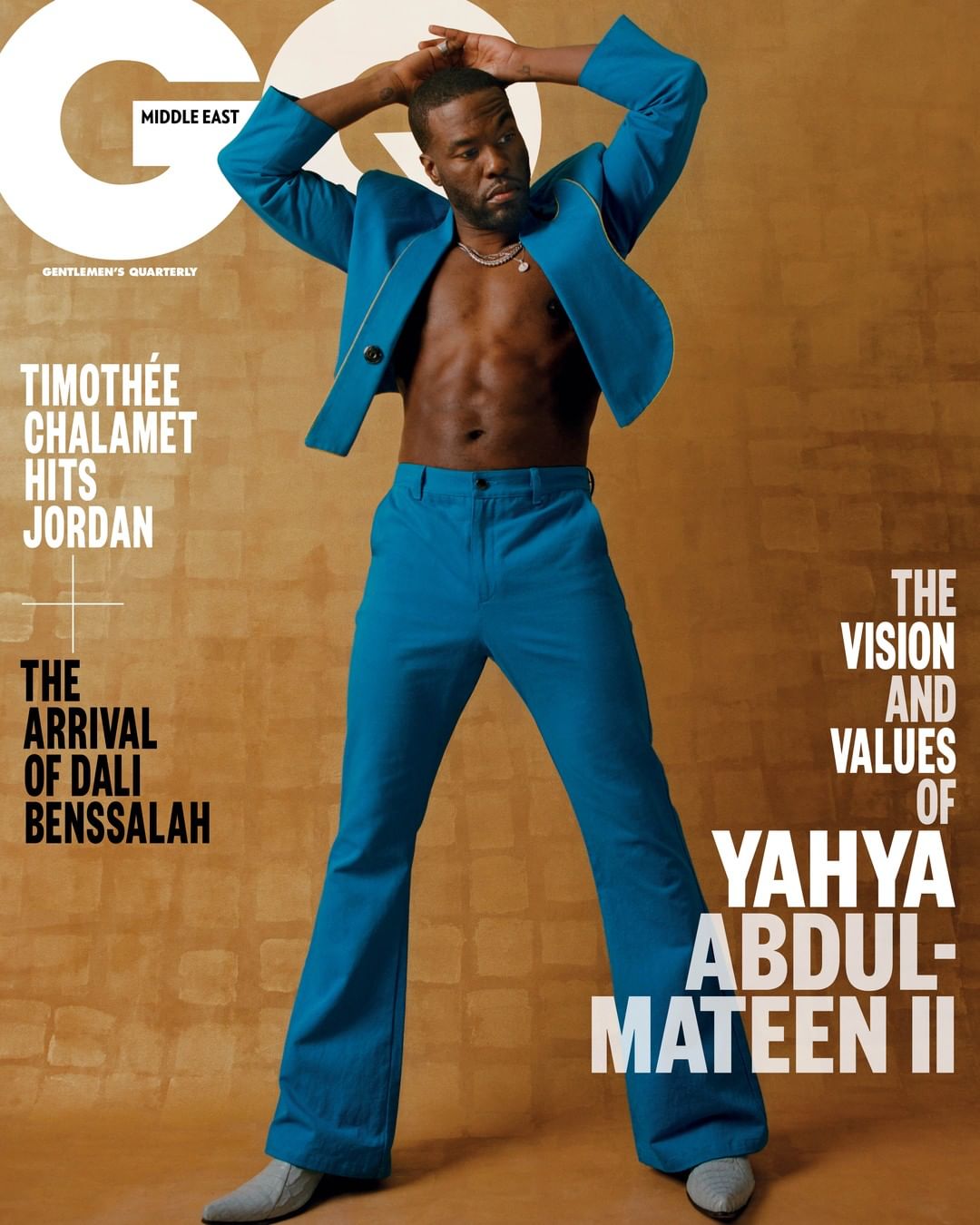 I could wax on about how ridiculously good looking Yahya Abdul- Mateen II is, but that would take away from the talent and passion that makes up the man.

I recently wrote about Yahya’s turn as Dr. Manhattan in HBO’s Watchmen and his activism through his art. He has a new movie coming out, Jordan Peele’s Candyman remake. In his interview with GQ Middle East, Yahya say witnessing a BLM protest has energized him to advocate for justice. He’s pushing the conversation about racial injustice forward through art that makes people uncomfortable.

On seeing a BLM protest in Santa Monica in early June
I’ve never seen anything like that. 90 percent of the crowd was white. I was shocked to see a predominantly white crowd out there saying, ‘Black Lives Matter. It made me realise that white people see there’s something about the conditions Black people like me live under that are inherently wrong. The protesters had a plan, they had a cause, and they were making people uncomfortable like it’s important to.

On the impact of Watchmen
To watch people watch Watchmen and then have new, more sophisticated conversations about the importance of telling the history of the Tulsa massacre – calling it a massacre not a race riot – fills me with pride. And with what’s happened to George Floyd, there’s a domino effect: now, we don’t have the excuse to ignore that part of history or say we weren’t educated.

On white people who don’t understand BLM
I may not have access to the demographic who choose to see something like our version of Watchmen and unfollow me on Instagram because they don’t share my beliefs. They’ll see the message from me, they’ll see my work and they’ll actively reject it as leftist propaganda. This is America, so they have zero reason to listen to me. But I can talk to my white friends and wider audiences who are enlightened and inspired to then go have uncomfortable conversations with relatives and co-workers. So I’m fortunate to be a part of that progress.

It’s so important to educate myself on our history so that when a microphone is shoved in my face, I have the right things to say and am sharp when I’m speaking about these issues. Because this race is still going – we are not there yet.

On his role in The Trial of The Chicago 7
That was a very important lesson for keeping my mind sharp: learning we have the tools within ourselves to combat fears by not allowing them to penetrate our souls, and turning oppression into our strength – to become stronger than the [oppressor].

There’s a strong message about putting your own convenience second and about standing up for the rights of what the Constitution in America says we are afforded. The world is collectively saying, look, we’re holding on to old worn out ways and we need to move on. Those old worn out systems are holding on and they’re pushing back very hard but they’re going to topple soon. Soon may not be this year, but soon may be in the next 30 years.

On his career
For a lot of aspiring actors and artists around the world, America is the destination, the comparison. So to have my name at the top of the billing on my own for Candyman, right up there on Aquaman, and next to Keanu Reeves in a big production like The Matrix is huge. To be validated, to hold my own, and to go on talk shows where they say my entire name, that’s inspiring.

Like Yahya, I’ve become energized by the shift in the diversity of BLM protest crowds. It gives me hope that many others are seeing how injustice for one group leads to injustice for all. The first BLM movement was mostly black youth and their parents. If felt as if their protests were falling on deaf ears, but things have changed. I’ve definitely been reading about African American and American history generally. Even though I know I’ll never have a microphone thrust in front of me, I want to make sure that every conversation that I have going forward will be accurate and honest.

I look forward to seeing any future projects featuring Yahya. Not only does he deliver excellent performances, he’s picking projects that are bound to create conversations. He could easily be JUST an actor, or be comfortable playing roles, but I love the fact that he is choosing to join a chorus of art activism. This will hopefully lead to a more equitable future for everyone

14 Responses to “Yahya Abdul Mateen II: ‘Those old worn out systems are going to topple soon’”