US: Eminem ‘knows that Mariah is going to say negative things about him’ in her book 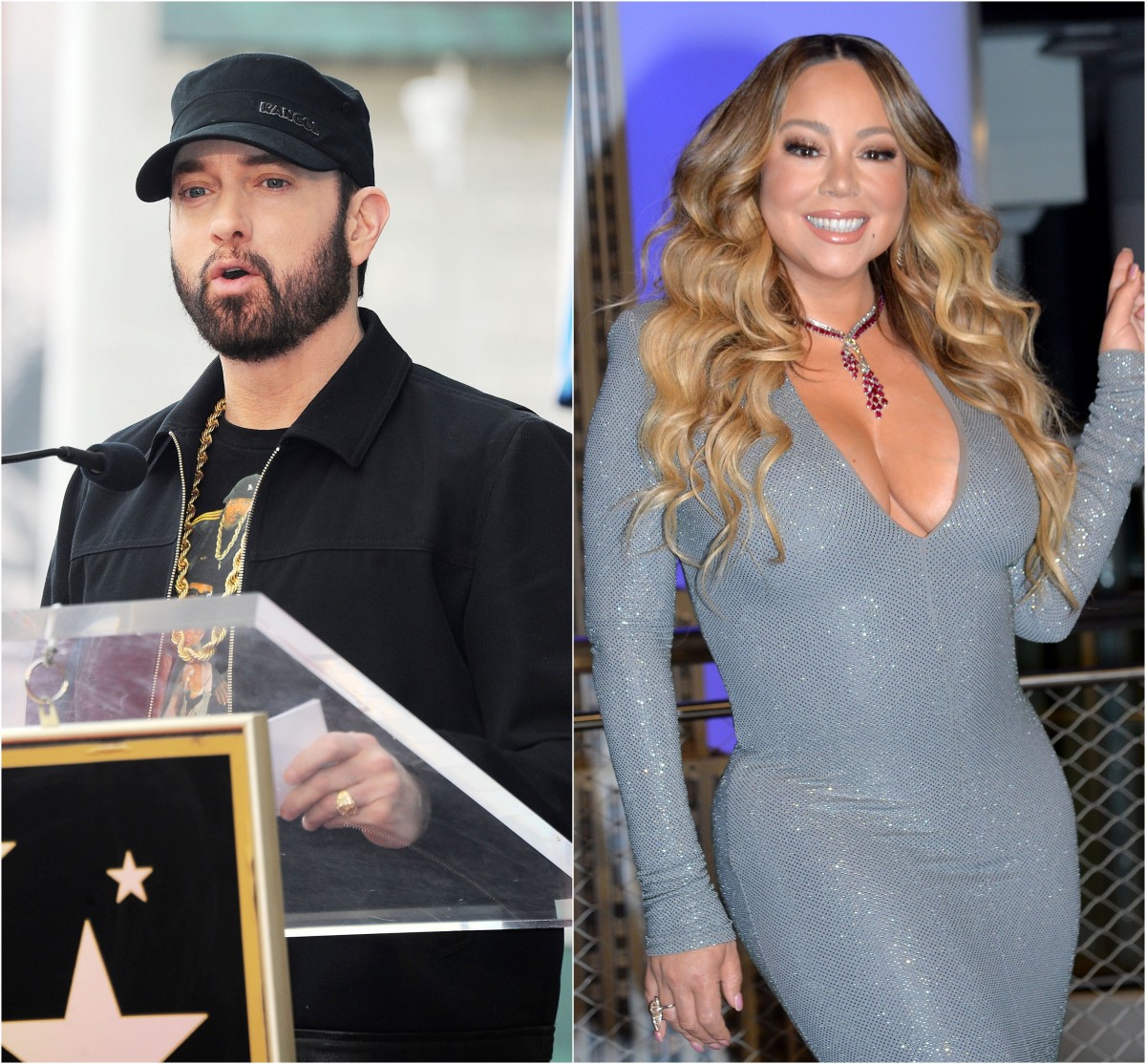 It would seem that the announcement that Mariah Carey releasing a tell-all memoir in September has a few people shook. Mainly, Eminem, who is afraid that details about their toxic situationship from 2002 may be exposed.

Now you’d think, after all of the diss songs and threats of exposing each other, specifically nude pics of Mariah, that Eminem feared that maybe she’d say he was abusive or stalkery or something along those lines. In true f*ckboy fashion, Eminem is allegedly more concerned that she may reveal a lot about their sex life, specifically how bad in bed he may have been.

Bracing himself. Eminem, whose real name is Marshall Mathers, is aware that his ex-girlfriend Mariah Carey could very well tell all about their past in her upcoming memoir — and that doesn’t sit well with him.

“Eminem’s Achilles heel has always been Mariah Carey. They had a very toxic relationship,” an insider tells Us Weekly exclusively. “He knows that Mariah is going to say very negative things about him. He is expecting the onslaught, and almost welcomes it.”

That said, there are things the rapper, 47, doesn’t want out there, including the details of their sex life, the source says. “Marshall is stressed out that Mariah is going to say s–t that he was bad in bed or a selfish lover because he has always been very insecure about that,” the insider says. “She knows that.”

If it wasn’t 2020, this would be laughable but at this point, 2020 has proven to be a tank of gasoline set ablaze just for the fun of it so I can’t even be mad. What I will say is, as much as I am both a stan for Mariah and Eminem for their musical talent, I am so over these celebrity beefs, especially ones that are steeped in one or both of their insecurities. If this is true and not just made up by US, Eminem shouldn’t have said anything as before now, everyone believed he had matured and evolved, but this overreaction has made him look small.

As someone who actually liked Glitter, don’t at me, and who is a self-proclaimed ‘lamb’ and can remember the first time I ever heard Mariah sing Vision of Love when it dropped in 1990 (I was 14), I am looking forward to listening to her memoir on Audible. I hope to hear a few of those new songs and learn more about her life because I am sure, in true Aries fashion, it’ll be hella entertaining and dramatic.

27 Responses to “US: Eminem ‘knows that Mariah is going to say negative things about him’ in her book”