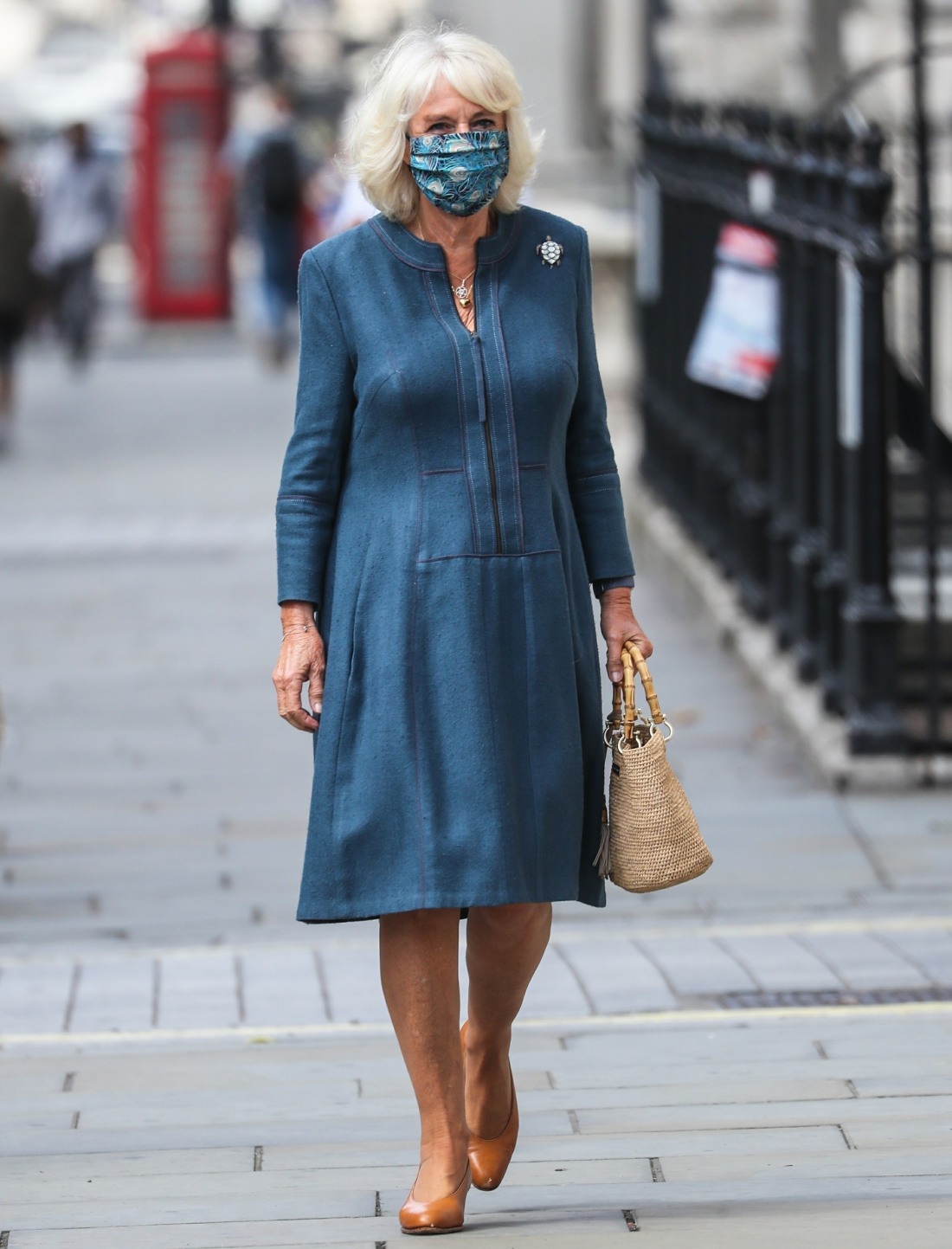 On Tuesday, the Duchess of Cornwall visited the National Gallery in London. She became the second member of the Windsor family to be photographed wearing a mask – the first was Prince William, who wore a mask briefly when he visited a medical/scientific building in June. Camilla’s mask apparently costs £75 and it’s “bespoke.” It was given to her as a gift by a friend, and it was made by designer Fiona Clare. Because I guess it breaks the holy royal protocol for a royal woman to buy her damn masks?

Camilla’s mask-wearing event came just days after she and Prince Charles completed a three-day tour of Cornwall, where neither of them wore masks for any of their public events. Following the tour, even the Daily Mail pointed out that the Windsors actually should be wearing masks for their public events, like the European royals have been doing for months. The Mail’s headline: “Will the royals start wearing masks? Cambridges and septuagenarians Prince Charles and Camilla avoid face coverings for public engagements despite the example set by their European counterparts and politicians.” The Mail noted:

The decision by the British royal family not to wear masks during public engagements comes in stark contrast to the attitude undertaken by their European counterparts. Queen Letizia, 47, and King Felipe of Spain, 52, have frequently stepped out wearing medical masks during their tour of the country over the last month, while Queen Matilde of Belgium has often colour-matched her mask to her outfit.

FEMAIL understands the Duke and Duchess of Cambridge will continue to follow government guidance with regard to use of face coverings.

Prince Charles and Camilla, who returned to in-person engagements last month, have undertaken a host of public engagements over the past week as they travelled to Cornwall for their annual trip. While the couple maintained social distancing at each engagement, neither the Prince of Wales or the Duchess opted to wear face coverings during the appearances, despite both falling into the ‘at risk’ age bracket.

My guess is that Charles probably believes he’s got immunity after his bout of coronavirus in March, but most medical professionals agree that people can get the virus again, that immunity probably only lasts for a few months. Charles and Camilla are being grossly irresponsible in real-life terms and irresponsible symbolically as public figures. But so are the other Windsors.

I actually saw some of the photos of Charles and Camilla’s maskless Cornwall tour last week and I never got around to writing anything about it because A) the Windsors going maskless is nothing new and B) Charles and Camilla’s tours never really get that much attention anyway. Which brings me to that Finding Freedom story about how Charles was “disappointed” that Harry released that statement to protect Meghan when they were first dating. Charles thought Harry was trying to pull focus from his (Charles’) tour at the time, which had been planned and managed down to the smallest detail. Harry released the statement anyway and pulled focus from Charles’ tour, which… honestly, no one was going to remember anyway. But that’s what Harry and Meghan were dealing with from the start: “you can’t issue a statement protecting your girlfriend from racist abuse because your daddy wants attention for a tour which wasn’t on anyone’s radar.”

PS… I am deeply fond of Camilla’s turtle brooch, to be completely honest. 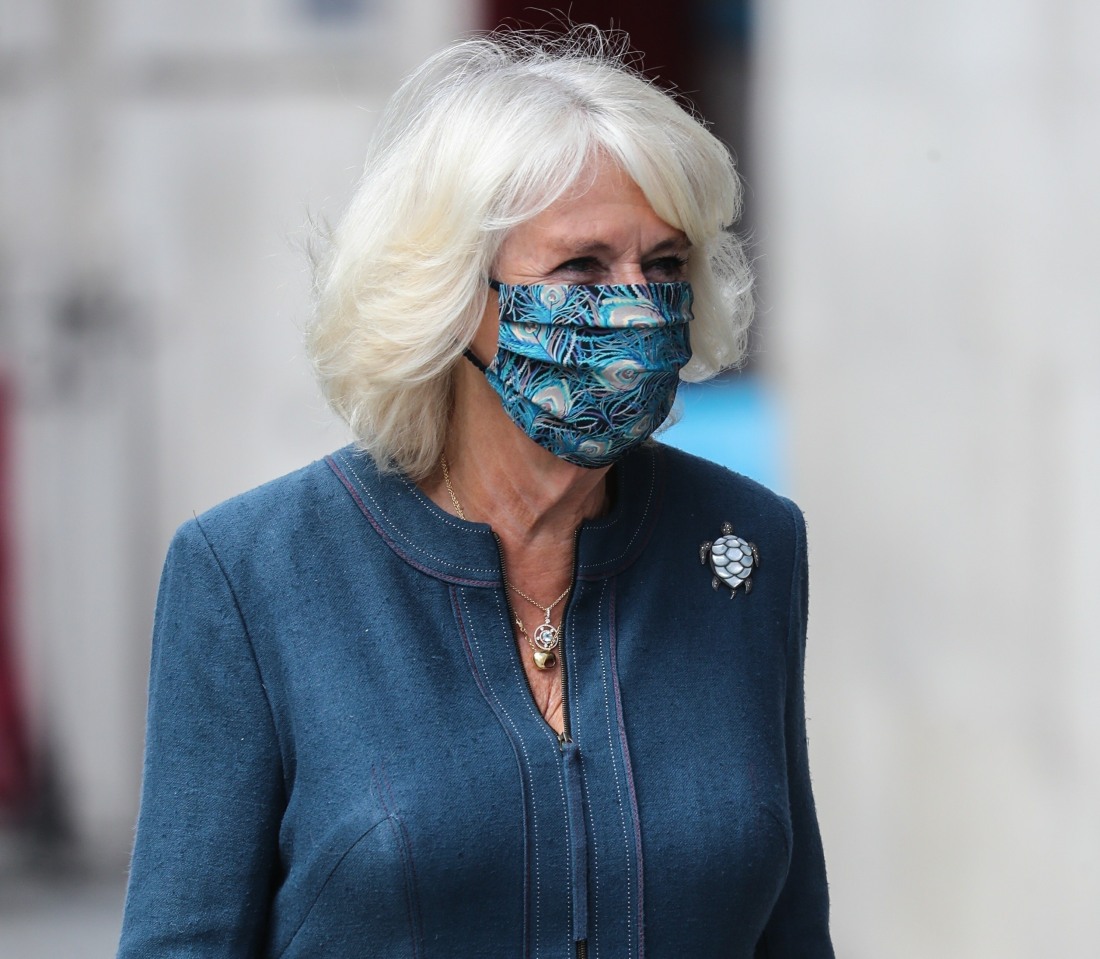 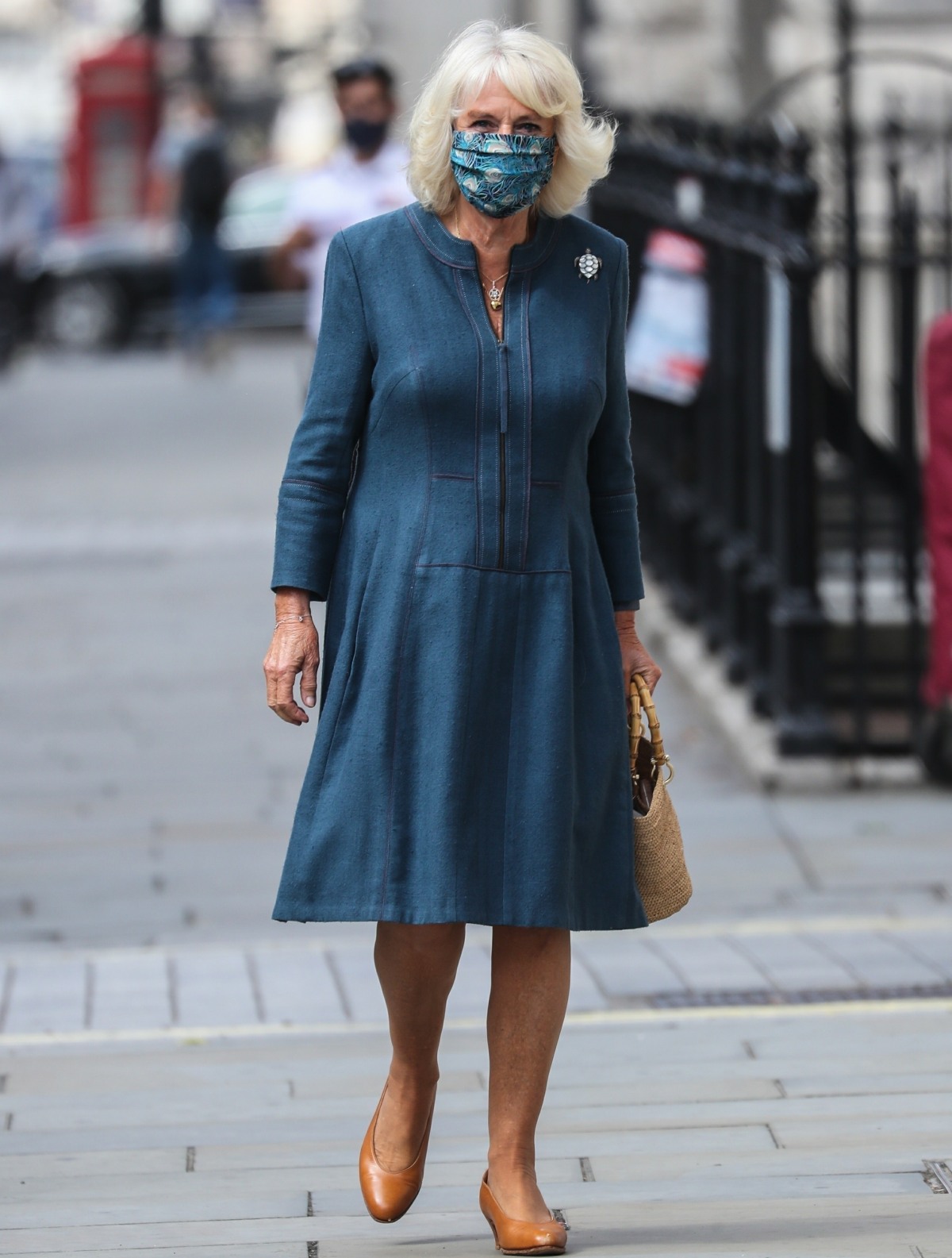