Kristen Bell was on The Late Show with Stephen Colbert last week, where she was promoting her children’s book, The World Needs More Purple People. That came out in mid June, in the initial surge of the BLM movement following George Floyd’s murder. The book was widely panned in the press as a variation on the antiquated, harmful concept “I don’t see color.” Kristen co-wrote it with a white guy as a way to explain dinner table arguments to their children. There’s an argument to be made that it’s about politics (red plus blue equals purple), which is how Kristen explains it to Colbert, but she’s also glossed over race in interviews about it. As I previously reported, this is what she told Gayle King on CBS this morning:

We need to teach people to look for sameness first. You can disagree with as many people as you want, as long as you’re identifying you have more in common than we have differences. How do we create a label that’s exciting that doesn’t leave anyone out.

That’s one of those “it doesn’t matter if you’re purple” arguments. Kristen didn’t address any of the criticism of her book at the time. She does post pro-BLM messages, but overall this is tone deaf. It’s been a month and a half and she’s still promoting it the same way, straight-faced and without any disclaimers. On Colbert she also told some embarrassing stories about her kids because of course she did. That video is below and here’s some of what she said:

An embarrassing story about her daughter Lincoln
They are 5 and 7 and they are so talkative. It’s like having two crazy parakeets stapled to your shoulders they talk so much.

“Who are the purple people and why do we need them?”
You write children’s books two years in advance. My friend Ben and I were sitting around at a family dinner and we realized our kids were absorbing every bit of conversation that sounded like debates, because it was mostly political. We had a personal experience of seeing this very polarizing political culture unfold in front of our children. They were seeing red vs. blue everywhere, they were seeing teams. All the fighting felt like too much so we wanted to give some social identity language that allowed kids to look towards other human beings and not just see enemies. Red plus blue equals purple. Purple people come in every color. It’s the idea that you can think for yourself, you can stand up for other people, you can find things in common even when you disagree and you can be uniquely you. You don’t have to fold in line.

“Did that occur to you about the one-eyed one-horn flying purple people eaters when you named this?”
No. I barely remember that song.

Two years ago was six months after Charlottesville and the president calling violent white supremacists “very good people.” Saying “let’s all get along despite politics” is very much a part of the both-sidesism of white privilege, and frankly, of white people not calling out other white people for supporting a white supremacist. The fact that Kristen is still promoting this book and hasn’t tried to dial it back says so much. Yes there is a polarizing political culture, but there is absolutely a good side and an evil side. The party in power is dehumanizing, brutalizing and taking people’s rights away. Kids understand race and racial identity and they can be taught to recognize and appreciate differences, and to recognize evil when they see it. Even if this is about “politics” and just making nice with people, there are occupying forces in US cities kidnapping protesters! At least stop talking about this book. She is exhausting and makes me so mad.

Oh and Kristen has another clip on Colbert where she talks about leaving her biracial role on Central Park. She said “I guess over the last six months it just occurred to all of us that there is no decision too small to move progress.” Just parse that for a moment. 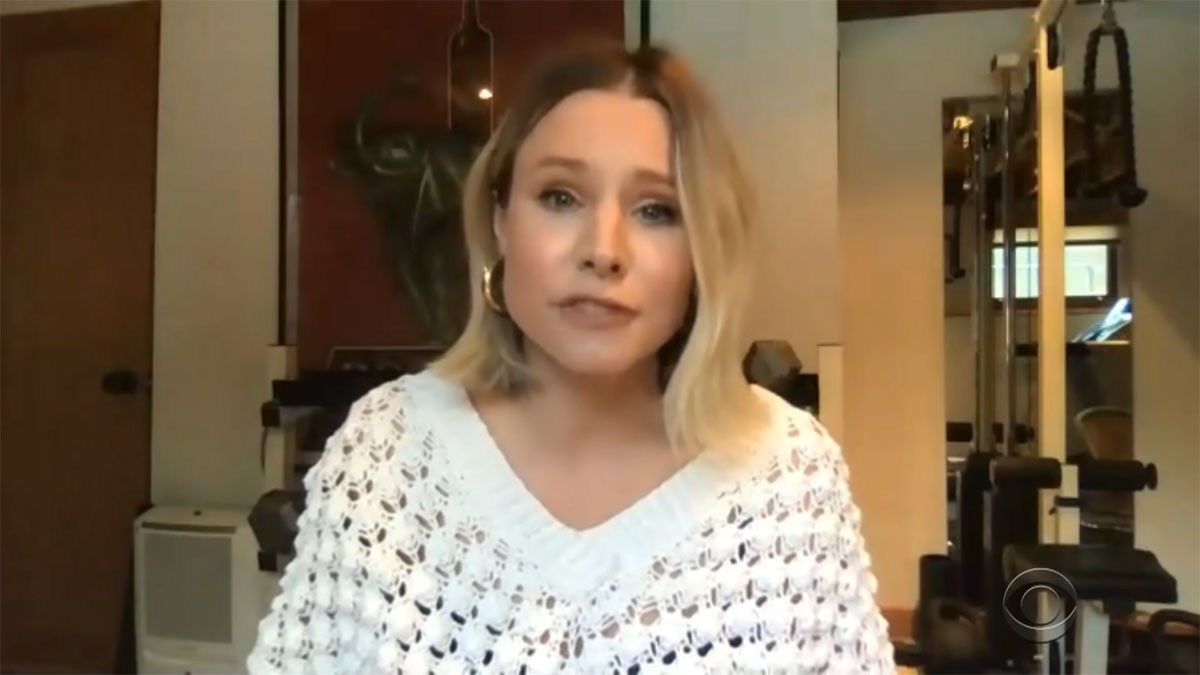