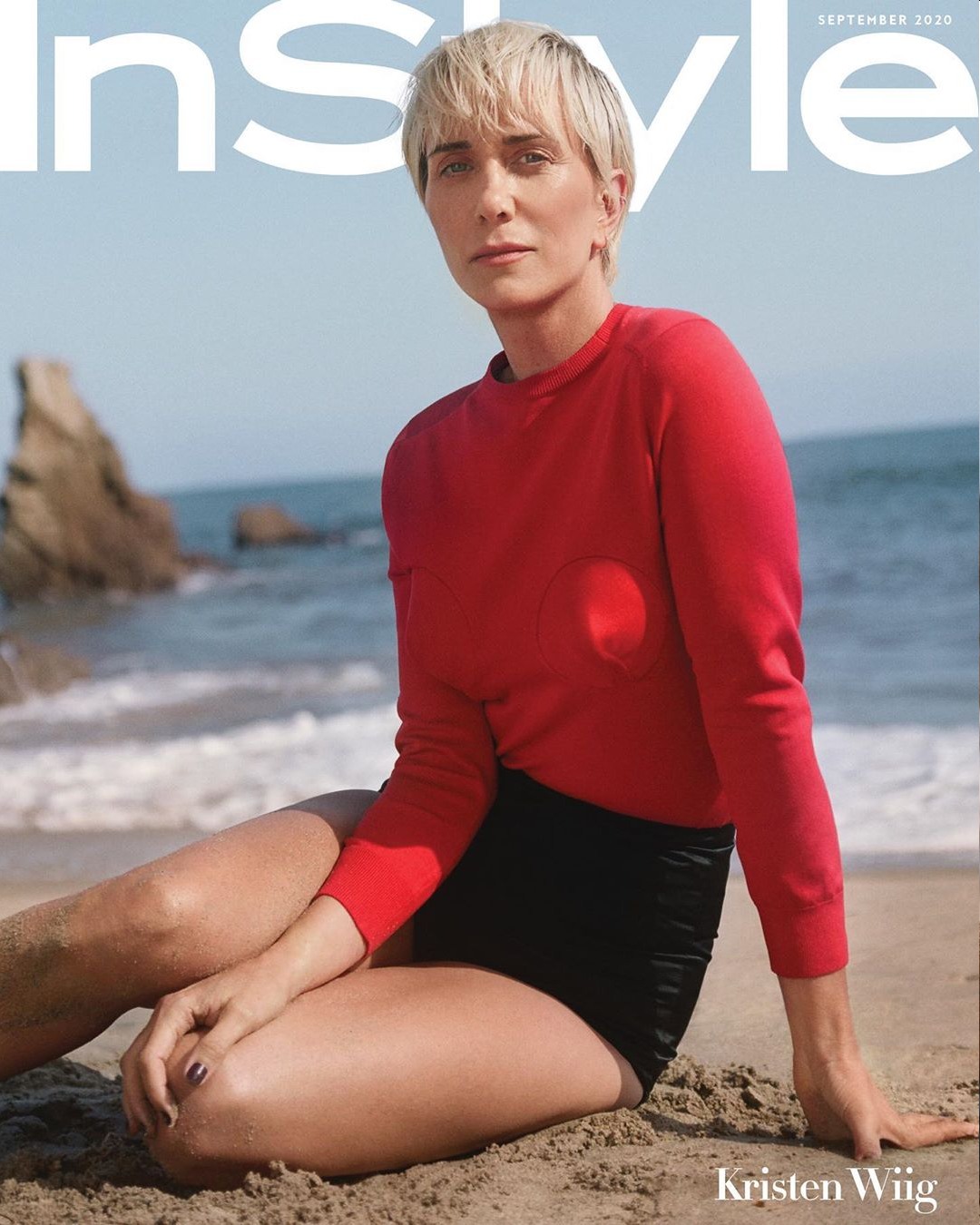 Kristen Wiig is one of the “cover girls” for InStyle’s September issue. It’s a subdued beach photoshoot in LA, pandemic-style, and I feel like Wiig is serving up some Kristen Stewart Realness, especially with her current hair. Wiig talks about a lot of different things in this piece, like working on Wonder Woman: 1984, and how she welcomed twins with her fiance in January. Remember that? We only found out about the fiance and the babies in June. Kristen is engaged to Avi Rothman, and they welcomed their twins via surrogacy. You can read the full InStyle piece here. Some highlights:

Being a quiet, private person: “It’s not a conscious choice to be secretive. I just want to exist in real life with my family, my friends, and my dogs. Work is work…. The longer I’m in this business, the less I care what people think.

Quarantined in LA: “We’ve sort of been quarantining since January because of the babies. We’re nesting, and we’re tired. Having two 9-month-olds is a lot! But they’re growing, and I can’t wait to see them every morning. It’s not all just lying around and smiling at babies, though. It’s overwhelming to think about everyone else who’s struggling, and it’s hard to be good knowing that.

The surrogacy process: “It was a very long road…We tried to keep the [surrogacy] process private for as long as possible, because it is a very private thing. Unfortunately, we were photographed with them — and, well, it’s out there! As private as I am and as sacred as this all is, what helped me was reading about other women who went through it and talking to those who have gone through IVF and fertility stuff. It can be the most isolating experience. But I’m trying to find that space where I can keep my privacy and also be there for someone else who may be going through it.

When she & Avi started the process: “We’ve been together for about five years, and three of them were spent in an IVF haze. Emotionally, spiritually, and medically, it was probably the most difficult time in my life. I wasn’t myself. There are so many emotions that go with it — you’re always waiting by the phone and getting test results, and it was just bad news after bad news. Occasionally there would be a good month, but then it was just more bad news. There was a lot of stress and heartache. It was a long f–king time. It got to the point where I just kind of stopped talking about it entirely, because I would get sad whenever someone asked. It was just part of my life. I gave myself shots in airplane bathrooms and at restaurants — and those shots are no joke.

Talking about fertility with other people: “It’s hard not to personalize it when you get a negative result. You go through so much self-deprecation, and you feel like your partner may be seeing you in a different way and all this other stuff we make up in our heads. But when I did talk about it, every time I said that I was going through IVF, I would meet someone who was either going through it, about to go through it, or had a friend who just did it. It’s like this underground community that’s talked about but not talked about.

Deciding to use a surrogate: “I remember when our doctor mentioned going other routes, and I was just like, “Nope. Don’t ever bring that up again. I’m getting pregnant. I’m doing this.” I finally realized that I just needed help. And, thank God, we found the most amazing surrogate.

The feelings about surrogacy: “So many things were bittersweet. I was over the moon feeling them kick for the first time, but then I would get in my head and ask myself all these questions, like, “Why couldn’t I do this?” At the same time I would tell myself it didn’t matter. She was giving us the greatest gift, and I just wanted them to get here! Overall it was a very beautiful thing, and now that I’m on the other side, I wouldn’t have had it any other way. I’ve always believed that things happen the way they’re supposed to happen, and this is how [our babies] were supposed to get here. I became really close with our surrogate, and it was her first time doing it so we kind of went through everything together. When the children were born, I wanted to make sure she was OK and she wanted to make sure I was OK. It was a lot of navigating through emotions and respecting that she had a connection with them and trying to be really honest about how I was feeling. Ultimately, I realized that I’m very fortunate. I’m grateful. I’m a different person now.

I found this very real, everything she said about her mixed emotions, feeling like she was in a haze because of the IVF, still believing she could get pregnant, and then a different set of emotions when she chose surrogacy. I appreciate that she’s talking about it in real terms, what she was going through and the toll it took on her. But now she has two babies and no job and she just sounded pretty blissed out. 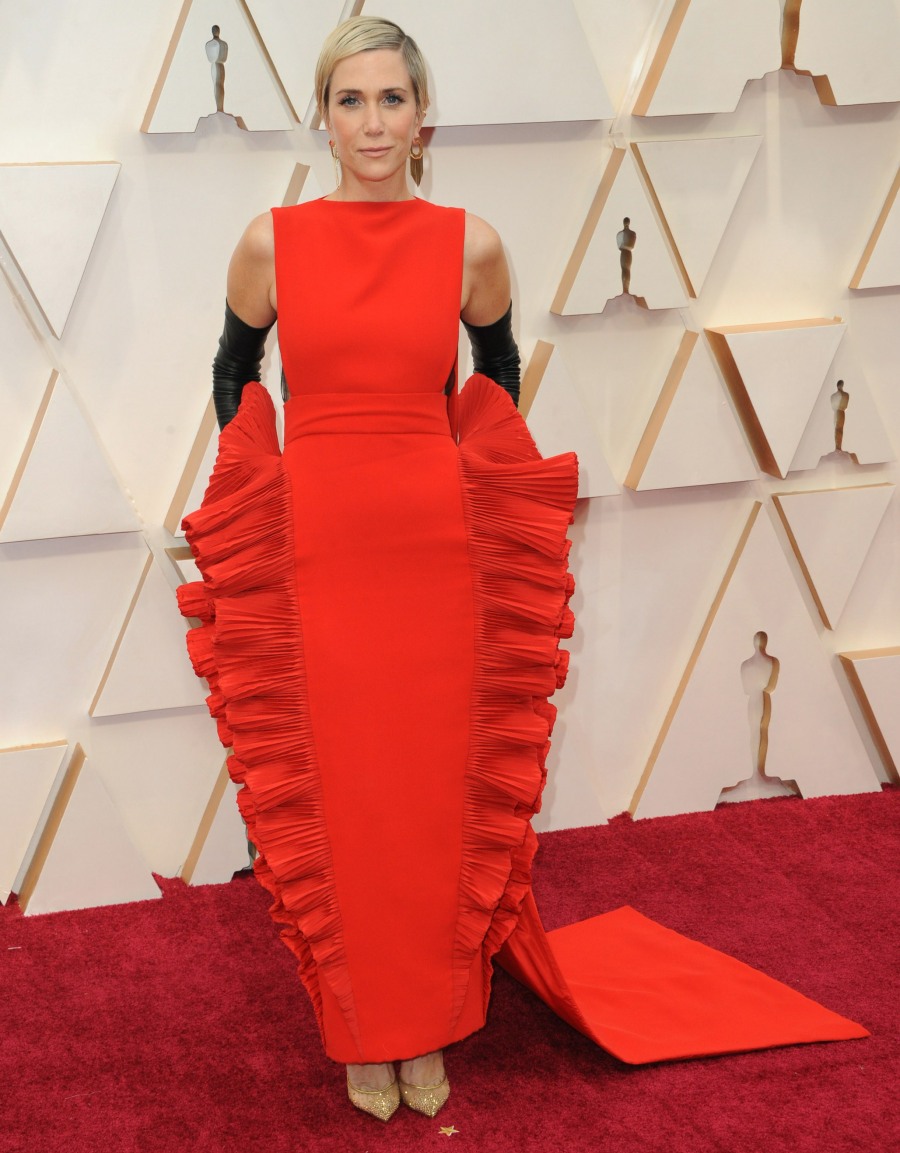