Yahya Abdul-Mateen II: ‘There’s a stigma around mental health in the Black community’ 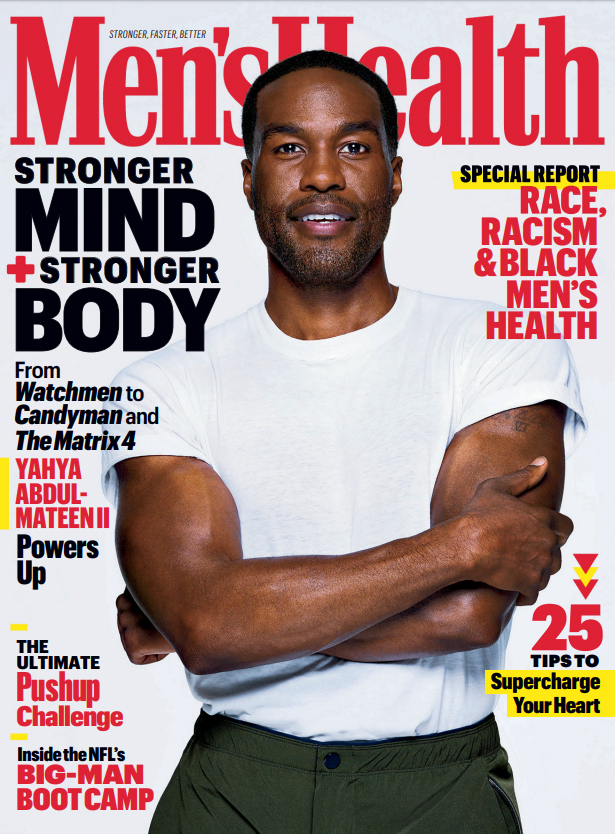 Yahya Abdul-Mateen II covers the September issue of Men’s Health Magazine. He has been making the rounds to discuss his roles in Jordan Peele’s Candyman Reboot out sometime this year (its summer release was delayed), The Trial of the Chicago 7, and the upcoming Matrix reboot. He has been really candid in his recent interviews about how he wishes to choose thought-provoking roles and advocated for social justice.

In MH, Yahya opens up about going to a therapist and the stigma around mental health in the black community. He tells a harrowing story about his first time experiencing racism and how his parents gave him confidence to pursue his dreams. Below are some excerpts from the interview:

On one of his first times experiencing racism:
“One of the first times I remember experiencing any kind of victimization centered on my Blackness was during my freshman year at Berkeley. I studied architecture, and for architecture students, it was common to spend the whole night working in the studio. One night, I left the studio around 1:00 a.m. to go to my dorm and get something to eat, and then I headed back to the studio to keep working. As I approached the building, there was a woman going inside, just a couple steps ahead of me, and I thought, Okay, I’m just going to have her let me in. She must have felt me walking behind her, because she began to hurry. She made it to the door, and as she was going to close it behind her, I tried to go in after her. She turned around and pulled on the door and wouldn’t let me in. She said, “Stop, you don’t belong here.” I said, “What are you talking about? I’m going to the studio. I’m going to the same place as you.” And she said, “Please stop. You don’t belong here.”

As we stood on either side of the door, still slightly open, I went to pull out my ID—to say, Look, I’m a student, too. She said, “I’m gonna call the police and tell them that you’re trying to rape me.” I pulled the door open, and she began running and screaming at the top of her lungs, “Help! Help! He’s trying to rape me!” It’s 1:00 a.m., and I’m trying to get her to be quiet, but she’s still screaming, so I just stopped and let her walk. I knew there was no rationalizing with this person. Two minutes later, I walked up to the studio and sat down at a computer. I saw her across the room, but she wouldn’t make eye contact.

The campus police came in, because she called them. They asked her to step out to talk, and then they called me out to ask what happened. They apologized and left. What more could they do? I went back to my computer to work, and I remember being so angry that I cried. It was frustrating. I deserved to be there. Period. That was my reminder that even if I did everything right—played the game by the book—some things in life would be unavoidable. Because I was Black.

I was 18 years old. I did the only thing I knew to do. I cried, and I swallowed that shit.”

On the Black community and therapy:
“There’s a stigma around mental health in the Black community, particularly with men, that means we don’t talk about how we’re feeling, and it was strange to be around Black people who openly discussed seeing a therapist. It wasn’t until 2019 that I finally motivated myself to go. I found a Black therapist, a woman, and within three minutes, I’m telling her everything. I’m comfortable, because she can relate. I trust her. She’s Black. We speak the same language. (With my therapist, I wanted to be able to talk about being Black. I wanted to be able to use my vernacular. I didn’t want to have to explain what it felt like to have someone follow me around the store. I just wanted to talk about the fact that it happened and have that person understand.)

Then I began telling everybody else about it: “Man, I started doing therapy, and it changed my life!” It changed the way that I believed in myself, the way that I began to move through the world. I had a completely new understanding of what therapy could be, and as I’d talk to my friends about it, they would say, “Yeah, I’ve been thinking about therapy, too.” There was this collective curiosity that I didn’t even know was there. Historic disenfranchisement kept those resources out of reach to the point

that many believed that our rejection of therapy was primarily cultural. I’m glad to see this narrative changing. We’ve got a lot of internal healing to do in this world, and therapy is going to be a big part of that. With the right relationship, therapy can be a safe space where we can be heard and seen in a world that too often chooses not to hear or see us.”

On how his upbringing enabled him to feel confident in accomplishing anything he wants:

“My life is hardly without struggle, but I guess when I was a kid, love kept things hidden that needed to stay in the dark. Because my parents insulated us with love, I’ve been blessed with a naivete—some might call it confidence—that allows me to think that I can do anything I want. I got into Berkeley. I got into Yale. I had a job before I graduated. I went straight from The Get Down to my next job. And then I got Aquaman and The Greatest Showman. I had the fortune of following my appetite.”

There are several high profile people taking on the stigma around mental health, like Prince Harry and Oprah Winfre,y but it is powerful having a black man talk about seeing a therapist and how it has helped him. My heart dropped reading about his first encounter with racism. It is every innocent black man’s nightmare, being accused of rape by a white woman when there was none. That entire situation could have ended terribly and these blatant false accusations enrage me. Honestly, I am tired that this is something BIPOC must face every day.

However, it is encouraging to see many like him doing the work to heal our society. I also love the fact that his parents did not raise him with a stigma for blackness. Instead, they gave him a different definition of it. Black is love and community and that is dope. Needless to say, each story I read about him makes me like him even more. In the meantime, however, I’ll be drooling over every photo of him I can get my hands on as I wait for the Candyman reboot to drop. 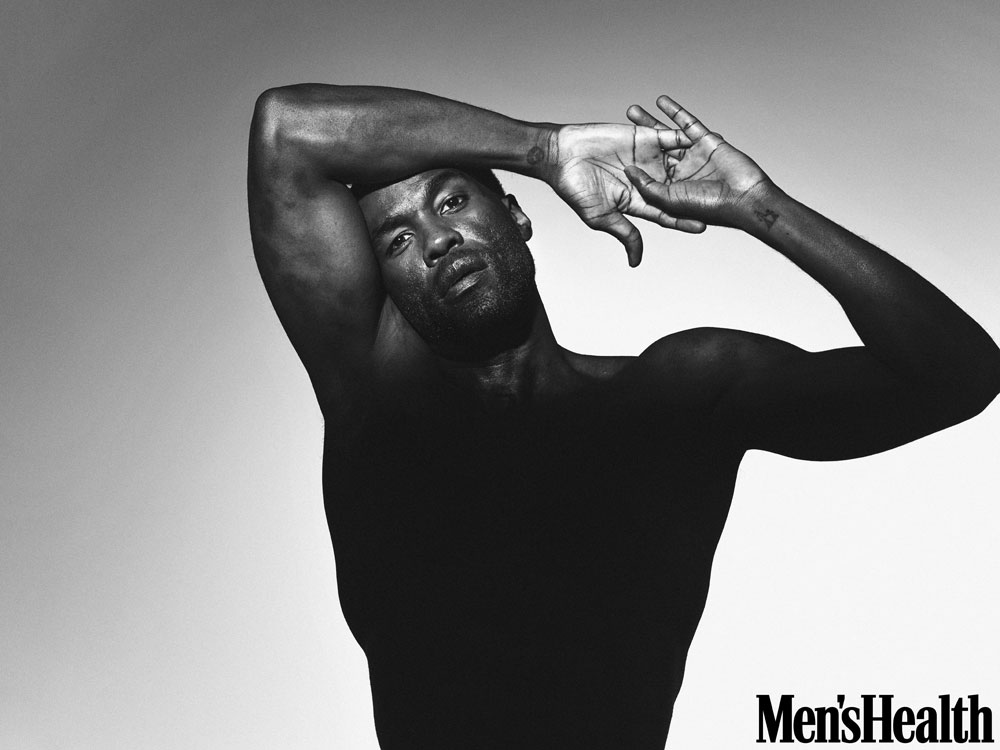 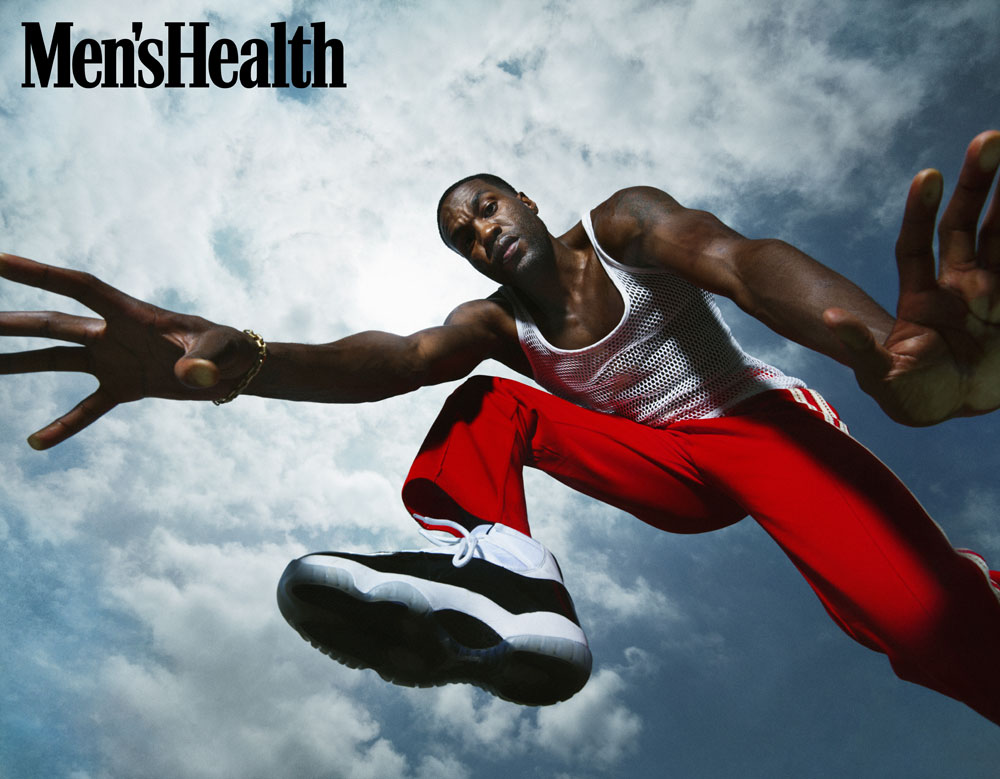 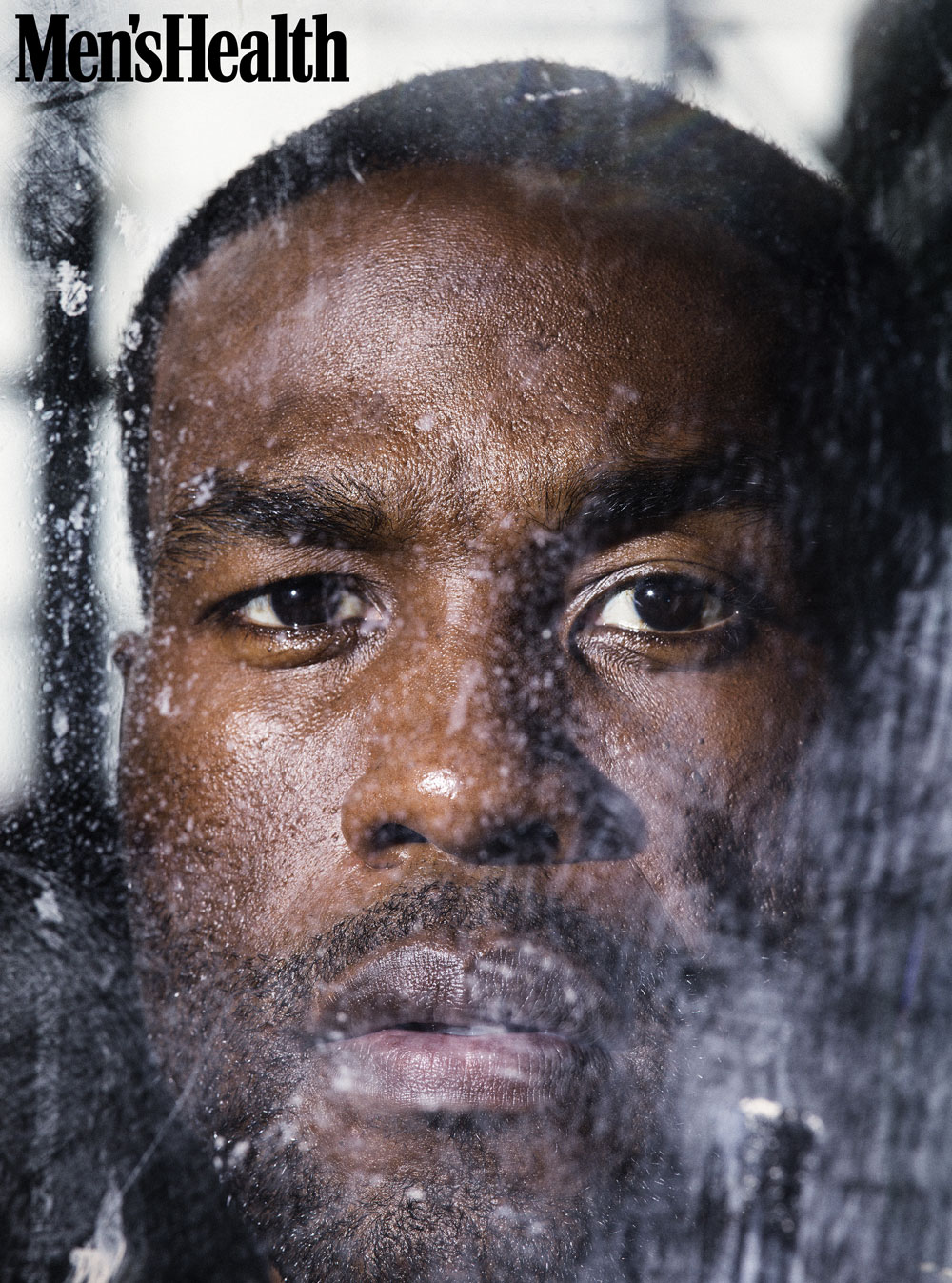 6 Responses to “Yahya Abdul-Mateen II: ‘There’s a stigma around mental health in the Black community’”