Chris Pratt left the UK set of ‘Jurassic Park: Dominion’ for the birth of his daughter 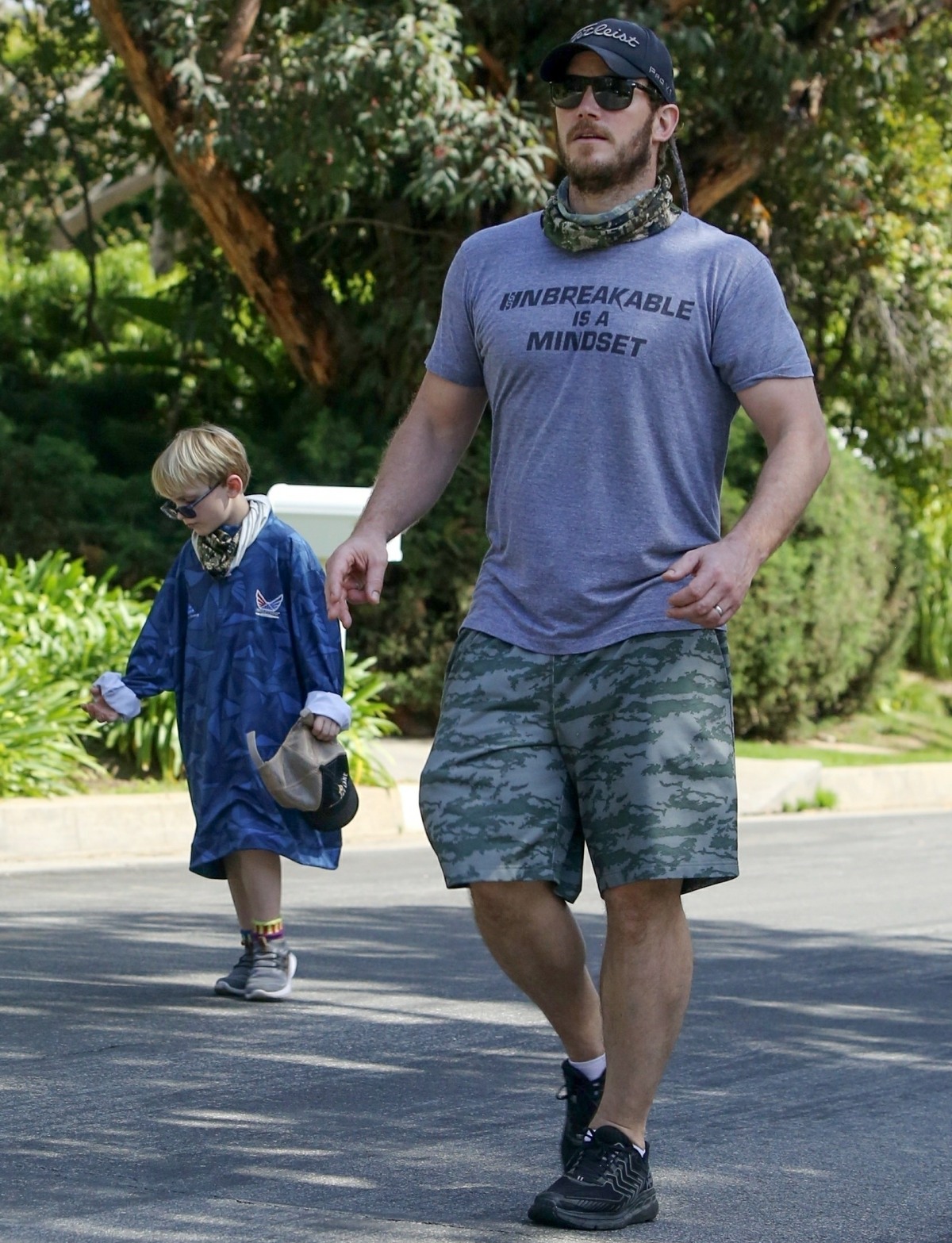 Chris Pratt and Katherine Schwarzenegger welcomed their daughter several days ago. I think Katherine gave birth on Friday or Saturday, and she was home by Sunday with the baby. They already announced the name: Lyla Maria Schwarzenegger Pratt. Which I kind of like? I was expecting a name like Elizabeth or Ethel, so Lyla feels sort of modern for a Kennedy-adjacent. And I honestly love that Katherine used her mother’s name as the middle name. It has a nice flow, especially if they’re pronouncing the name Lie-la. Anyway, predictable as always, People Magazine has a nice update on how Katherine and Chris are doing:

Chris and Katherine Schwarzenegger Pratt are settling into life at home with a newborn. The actor, 41, and the author, 30, recently welcomed their first child together, daughter Lyla Maria. Chris and Katherine confirmed the arrival of their baby girl on Aug. 10, sharing a photo of them holding hands with their new addition on Instagram.

“Everyone is doing well,” a source tells PEOPLE. “They haven’t left their house since they returned home from the hospital. They just want to bond with the baby and get to know her. They have some help and Maria also makes sure they have everything they need. Lyla is adorable.”

“And Kat has the best attitude,” the insider adds. “She is obviously still tired, but she loves being a mom. She is so positive and excited about the whole experience. She loves seeing Chris with their girl. He is such a good dad. This was one of the things that Kat was attracted to from the beginning: Chris loves being a dad. Kat feels very lucky that Lyla gets to grow up with Chris as a dad.”

A source previously told PEOPLE that the couple “knew they were having a girl and were thrilled about it.”

“Kat had a good pregnancy, and she is hoping for a quick recovery — so far, so good,” the insider added. “She is going through all the first-time-mom emotions. She is extremely happy but a bit tired and overwhelmed.”

Chris, who left the U.K. set of his latest film, Jurassic World: Dominion, to be home for Lyla’s birth, has been a steady source of support for Katherine, an author whose most recent book is The Gift of Forgiveness. “It’s comforting for Kat that he is already a dad and understands how it is to have a newborn,” the source said of the actor, who is also dad to son Jack, 8 next week, with ex-wife Anna Faris.

“Chris, who left the U.K. set of his latest film, Jurassic World: Dominion, to be home for Lyla’s birth…” I wonder how long his paternity leave is? The original plan was probably for Chris to have a nice space of time around the birth so he could spend the summer with the baby. But then the pandemic happened and tons of movie productions were put on hold, and it sucks that he has to go back to the UK at some point, probably very soon. I wonder what the quarantine situation is like, given all the traveling too? In any case, I’m sure Maria and Arnold and the extended family will step in and help while Chris is away. And yes, I imagine it is sort of comforting for a first-time mom to have a husband/partner who has already been through all of this. I bet Chris was a big help.

We are beyond thrilled to announce the birth of our daughter Lyla Maria Schwarzenegger Pratt. We couldn’t be happier and we feel extremely blessed! Love, Katherine and Chris

A post shared by Katherine Schwarzenegger (@katherineschwarzenegger) on Aug 10, 2020 at 8:42am PDT

10 Responses to “Chris Pratt left the UK set of ‘Jurassic Park: Dominion’ for the birth of his daughter”