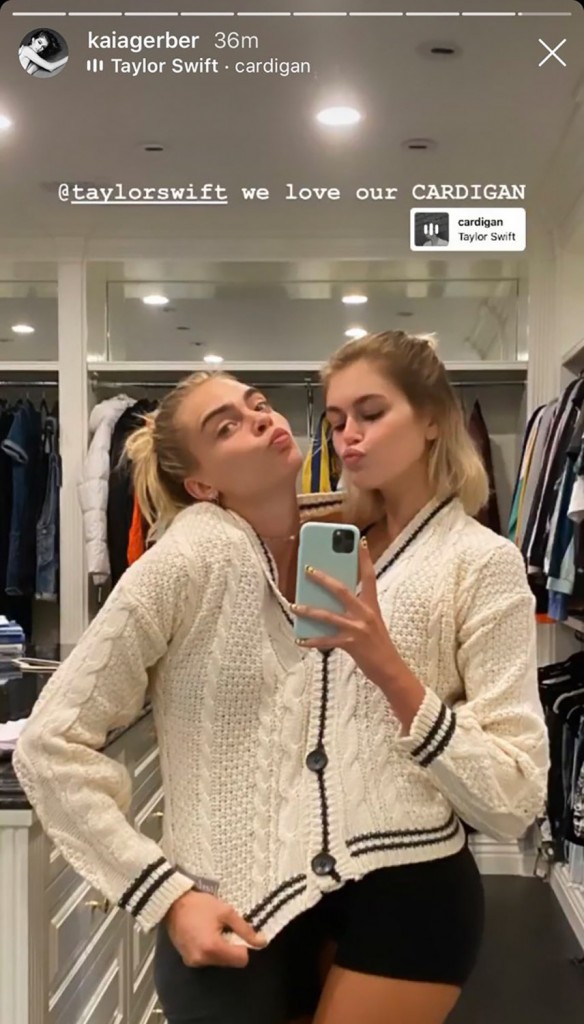 Cara Delevingne turned 28 on Wednesday, which she used to promote ocean clean up. Like all popular supermodels, everyone who’s anyone in nepotistic fashion wished her many happy returns. Among them were her very good friends and potential Lockdown Roomies, Margaret and Rainey Qualley and Kaia Gerber. Since Cara and Ashley Benson spilt back in April, Cara has been leaning hard on her friends, particularly Kaia, who attended the LA protests with her and shared the cardigan Taylor Swift sent them (the header photo). Apparently, they have become “matching tattoo” close. Not just any matching tattoos, but clever play on words matching tattoos.

Delevingne rang in her 28th birthday on Wednesday, and her friend and fellow supermodel Kaia Gerber wished her a happy day on Instagram — revealing they have matching tattoos on their feet.

“Happy birthday to my solemate @caradelevingne,” Gerber, 18, wrote atop a photo of the friends hugging feet.

Sharing several more photos of the Carnival Row actress, Gerber shared some more tributes, writing, “the only person who wears my face on a sweatshirt,” and “the best protest buddy,” and atop a video of the duo dancing, “coolest guys at the function.”

Included in the photos was a snapshot of the models’ feet, showing tattoos of the word “solemate” along each woman’s arch of her foot.

I actually thought they were dating, which I’ll admit made me slightly uncomfortable given that Kaia is just 18. But in reading for this post, I don’t see that they have ever said that so perhaps they’re just friends. They do have a lot in common as they’re both models and they come from money. As far as getting matching tattoos, they’re cute and work independent of each other so I’m for it. There’s more chance of your friend relationship working out so it’s a safer bet to sync up friend tattoos. Then again, Cara and Ashley Benson got matching tattoos too.

I have to admit, I am far more curious about Margaret Qualley and Kaia Gerber’s friendship. Like, did Pete Davidson introduce them or did they seek each other out as some kind of Pete Davidson’s Ex Support Group? Now that’s the IG story I want to see posted. 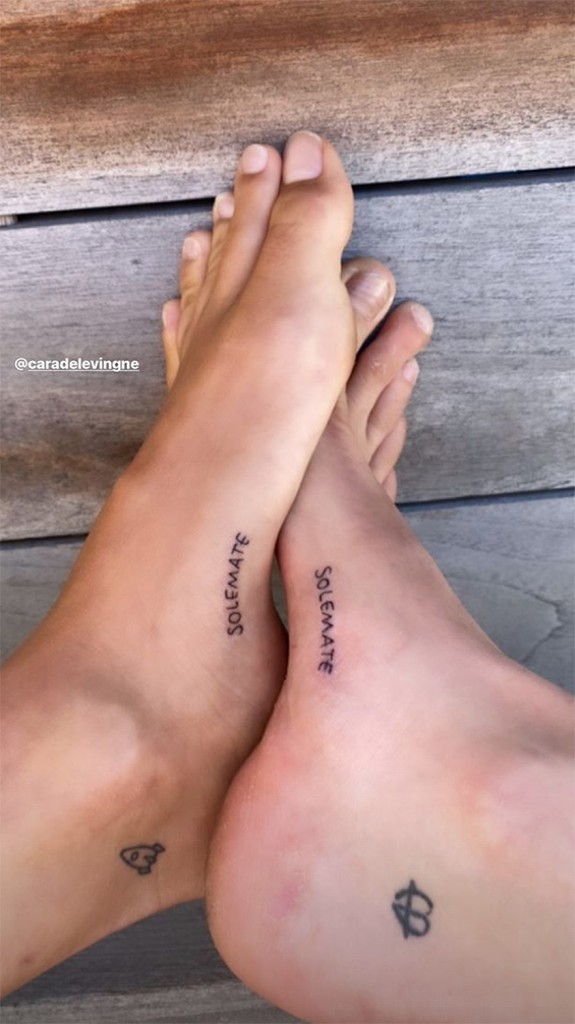 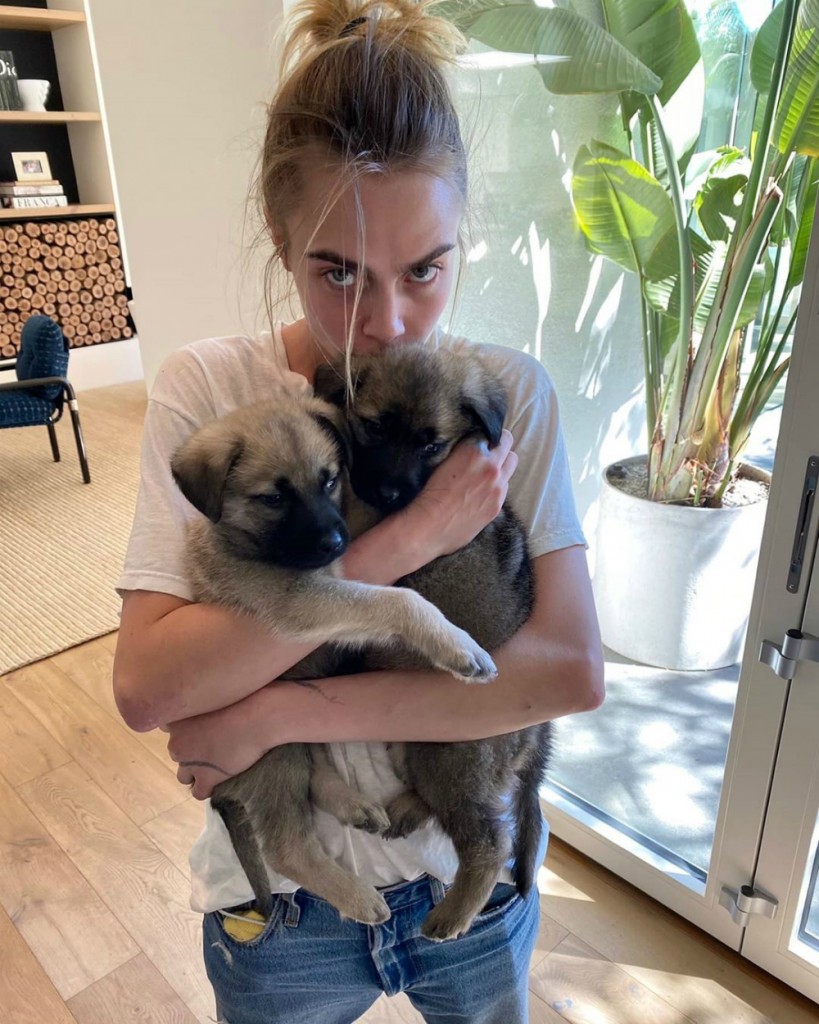