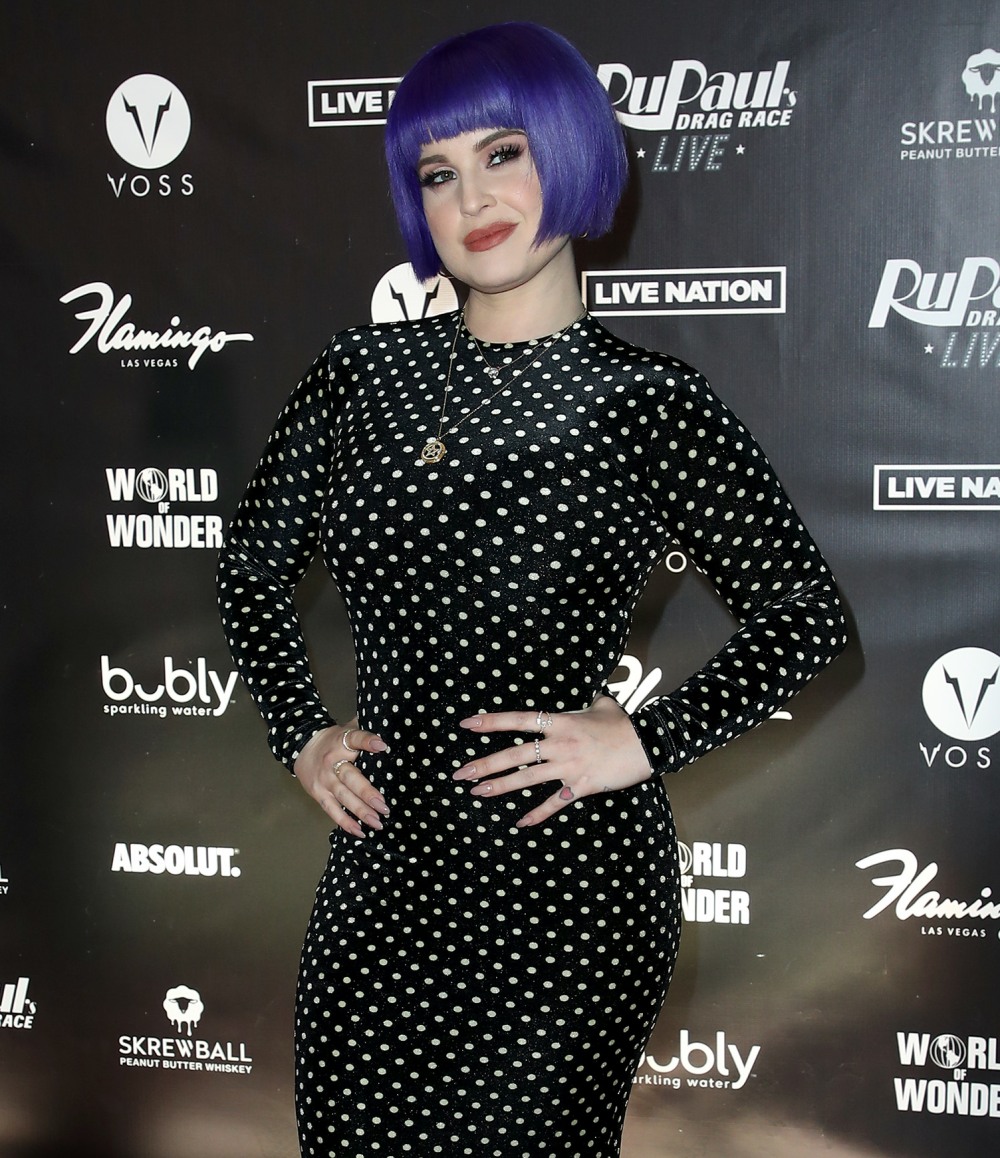 Earlier this month, people noticed that Kelly Osbourne suddenly looked dramatically different, and that she’d lost a significant amount of weight. I did a cursory search of the photo archives from the past year, and it looked to me like Kelly had been losing weight steadily, as opposed to a sudden 40-pound weight loss over the course of a couple of months. Kelly said on her social media that she’d lost 85 pounds, but no one knew when she began counting, which is honestly further evidence that the weight loss was pretty gradual. Now Kelly is speaking about what exactly happened: a gastric sleeve.

She got gastric sleeve surgery several years ago: “I had surgery; I don’t give a f— what anyone has to say,” Osbourne told hosts Dax Holt and Adam Glyn on their “Hollywood Raw” podcast, in response to rumors about plastic surgery. “I did it, I’m proud of it, they can suck s—. I did the gastric sleeve. All it does is change the shape of your stomach. I got that almost two years ago. I will never ever ever lie about it ever. It is the best thing I have ever done.”

It still required a lifestyle change: “The kind of surgery I had… if you don’t work out and you don’t eat right, you gain weight. All it does is move you in the right direction. So, anyone who’s thinking of doing something like this, really think about that. I had to do a year of stand-alone therapy to prepare myself for the surgery before I even had it. What people don’t realize is, it cuts out this hormone that if you have addiction issues, it stops your craving and it makes you not emotionally eat, which is a huge problem for me. … All it is, is a push in the right direction. It doesn’t solve all your problems. It’s not a quick fix.”

The fundamental thing she had to do to change: “The number one thing I had to do was get happy. I had to fix my head before I could fix my body. You can never go into this if you’re not in a good mindset.”

She also quit drinking: She started by quitting drinking, which she said, “is the best thing I’ve ever done…I really wanted to fix the things that were broken in me. I’m not perfect. I still make a lot of mistakes. I have bumps in the road, I fall down, I get back up again.”

People ignored her when she was heavier: “My weight loss made me resentful at Hollywood. So f—ing resentful. Because when I was fat, I was invisible. They didn’t want to work with me, they didn’t want to do anything with me. Now in retrospect, I know exactly who I’ll work with and who I won’t. Because I know who called me fat, I know who didn’t want to work with me. I know exactly who said it,” she said. “I’ve got really thick skin, but I take that, and I put it into my memory bank. I remember what you said about me, and that’s the best revenge.”

I laughed at the part when she gave this big speech about how she had to get happy and work on feeling content within herself and then immediately went to the most negative place of resentment and anger at all of the people who wronged her by, like, not giving her enough attention when she was heavier. Sounds like someone might need a little bit more therapy! As for the gastric sleeve, I honestly didn’t know what the surgery entailed, so I looked it up on WebMD. It’s interesting, I guess. It really does make your stomach smaller so you feel “full” a lot faster. But yeah, for some of us emotional eaters, it’s not about the feeling of fullness, it’s about eating to feel better. So I can see why Kelly went into therapy too.