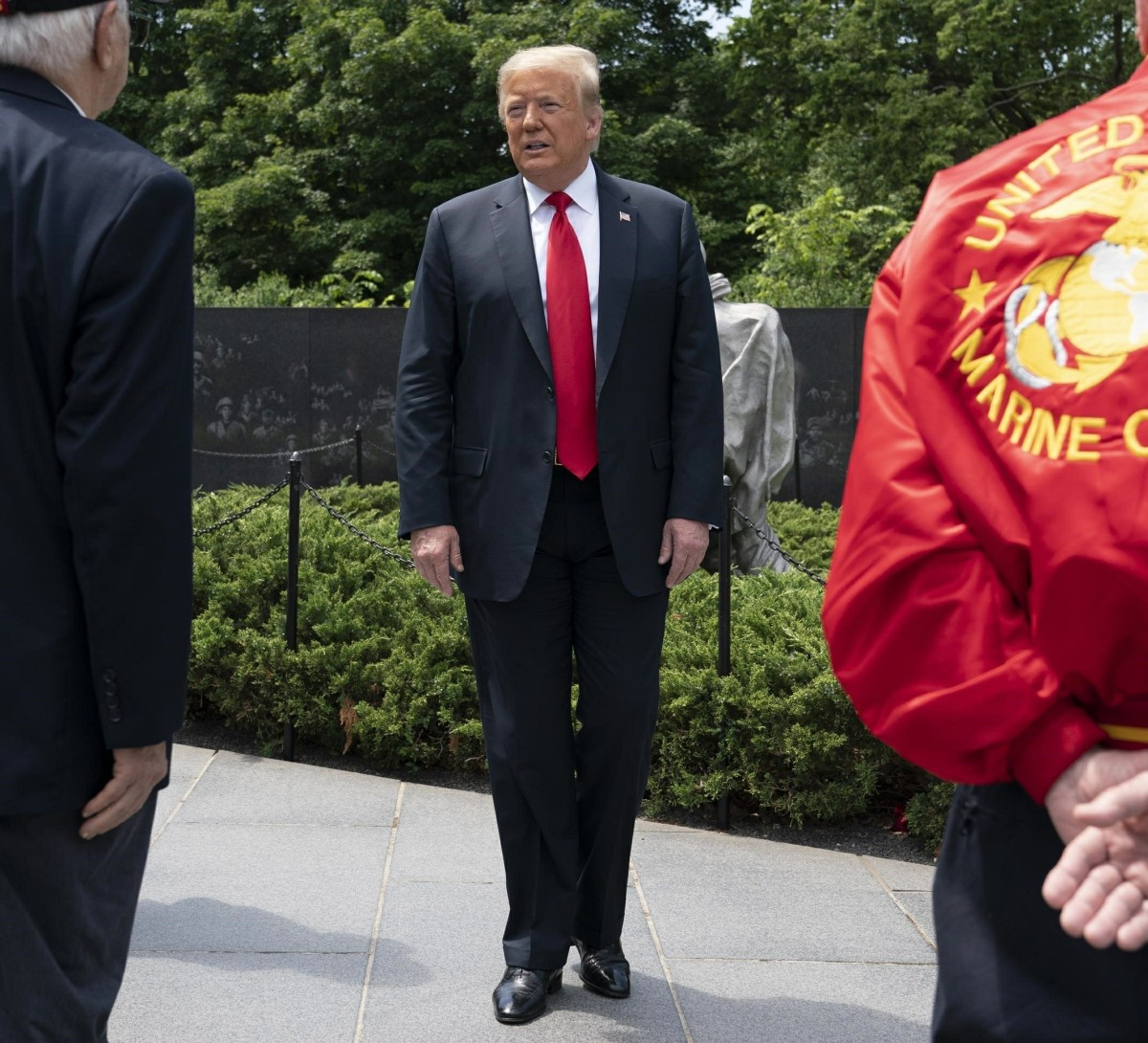 The Jerry Falwell Jr. story highlighted the utter hypocrisy of the Evangelical community’s support of Donald Trump. The fact that so many Evangelicals are still ride-or-die for this disgusting sexual predator, serial adulterer and chief death cultist says more about the American Evangelical community than anything else. But there’s another group which is ride-or-die for Trump: the white dudes in the American military (although that is hopefully changing). You would think with Trump Vietnam War-era deferments and fictitious bone spurs and his generally flaccid and toxic masculinity, that these soldiers and generals would want to stay the f–k away from Trump. And in return for their support, Donald Trump thinks they’re all a bunch of suckers and losers.

Donald Trump is denying a report that he called U.S. soldiers “losers” and “suckers” during a 2018 trip to Paris when he canceled a visit to the Aisne-Marne American Cemetery. Trump, 74, slammed a report from the Atlantic on Thursday that said he “rejected the idea of the visit because he feared his hair would become disheveled in the rain, and because he did not believe it important to honor American war dead, according to four people with firsthand knowledge of the discussion that day.” The magazine did not identify the four sources.

“Why should I go to that cemetery? It’s filled with losers,” Trump reportedly said to senior staff members the morning the trip was scheduled to take place.

He also reportedly later called the marines who died at Belleau Wood — the battle during which American troops and allies halted Germany’s advance into Paris during WWI in 1918 —”suckers,” and asked his aides, “Who were the good guys in this war?”

Sources also told the magazine that in a 2018 White House planning meeting for a military parade, Trump allegedly did not want wounded veterans included as “Nobody wants to see that.”

The Atlantic report also touched on Trump’s repeated criticisms of the late Sen. John McCain, both on his 2016 campaign trail and after the senator died of brain cancer in August 2018.

“We’re not going to support that loser’s funeral,” Trump reportedly told senior staff members of McCain after he died. Trump on Thursday told reporters that though he disagreed with McCain, he had to “approve” his funeral in 2018 “without hesitation and without complaint.”

“I felt he deserved it,” Trump said Thursday. Trump did not have to approve McCain’s funeral.

His heated denials — on Twitter and at the foot of the stairs of Air Force One — rang hollow alongside his past public, on-the-record disparagements of McCain which has included calling the late senator “not a hero” and “horrible” as recently as last year.

I haven’t read the entire Atlantic piece yet, I’ve only read these highlights and the highlights I’ve seen on Twitter. The Atlantic piece focuses not just on Trump’s hatred of the American military, but also his general worldview, that patriotism and service to one’s country is a fool’s errand and a weakness. He thinks that if you’re smart enough and a winner, you don’t have to concern yourself with serving your country. Smart people go and make money. That’s it. That’s his whole deal. He doesn’t respect people whose motives aren’t monetary. When he sees a cemetery full of fallen soldiers, he thinks they all died because they were losers and poor.

Trump tweeted some pathetic denials which are not even worth posting. I will give you this one though:

1/ President Trump, who never served in the military, canceled a 2018 visit to a cemetery where American troops are buried, saying: “Why should I go to that cemetery? It’s filled with losers.” https://t.co/25GkwyjjJM 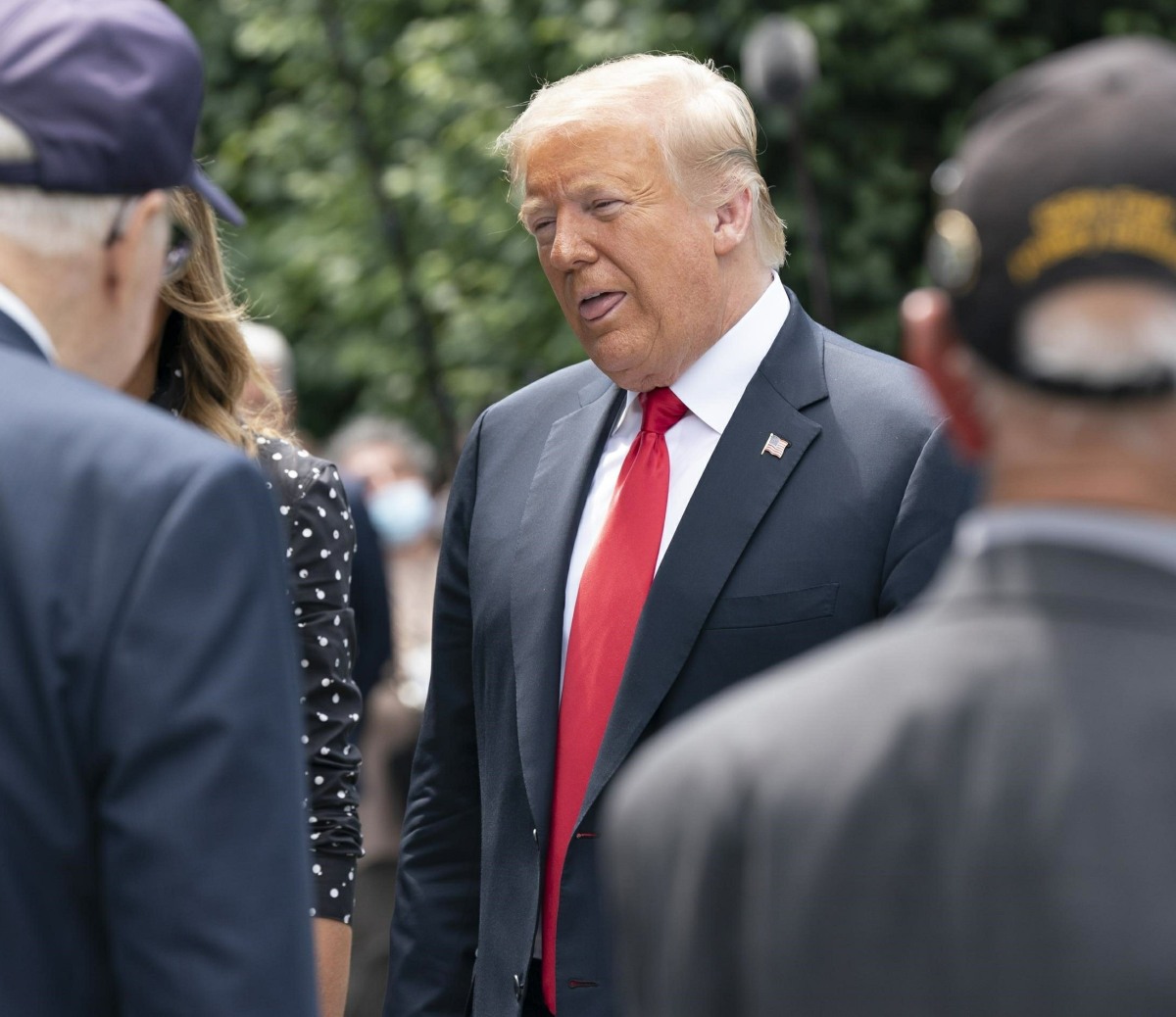