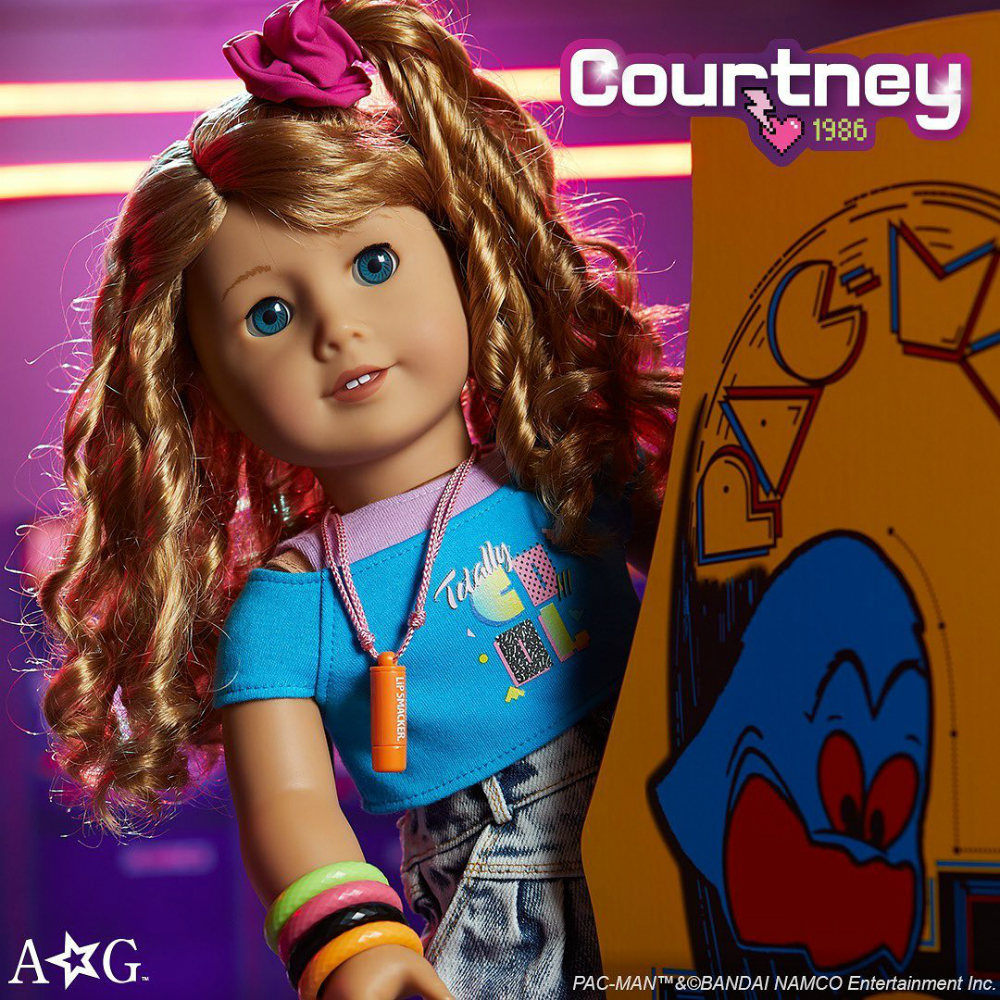 I am, unapologetically, the Weird Doll Bitch on this site. As some of you know, I live under the thumb of my haunted doll overlord, Jessica-Gwendolyn, who, by the way, dropped a binder clip on my shoulder the other day after I’d tried a new scent of incense. I am so devoted to Barbies I use my three best ones, my Bob Mackie Celebration Barbie, my Venetian Carnivale Barbie and my Audrey Hepburn Barbie as the guardians to my altar to Hecate in my office. And let’s not even discuss the Roughneck in my garage full of perfectly nice dolls I defiled to fulfill my Haunted Dollhouse theme last Halloween. But I missed the boat on American Girl dolls, simply because I aged out of their demographic before they hit the scene (much to my mother’s checkbook’s delight). American Girl dolls, for those who don’t know, are a collection of expensive dolls who represent different periods in American history. They each have a (supposedly) historically accurate outfit and an accompanying book that tells how women and girls contributed to the American landscape during that time. It’s not a bad concept. But the American Girl factories/mega-stores with their super high-priced restaurants that have seating for your doll speak more to American priorities than any scrubbed-up history the books tell, I fear.

Yesterday, Mattel released its first new doll in three years. Ladies, push down your leg warmers and tease you hair, because American Girl has just rolled out Courtney Moore – the ‘80s doll! Courtney is a Care Bear-loving, side ponytail-sporting, arcade rat who is not afraid of neon.

American Girl has added an ’80s gamer chic to its beloved collection of historical dolls, designed to teach young people how girls and women helped shape our country by bridging the past and present.

On Tuesday, the iconic brand (a wholly owned subsidiary of Mattel since 1998) introduced the world to Courtney Moore, a doll with big hair and even bigger ideas, marking the first addition to its historical collection in three years.

Courtney comes wearing a crop top, a high-waisted acid-wash jean skirt, hot pink leggings, white faux leather slouchy boots and the ultimate ’80s accessory — a scrunchie. In true American Girl fashion — the company is famous for launching dolls with fully-realized personalities and lifestyles — consumers can dress Courtney in any number of looks, as she has a 13-piece mix-and-match wardrobe with plenty of accessories.

According to an American Girl press release, Courtney will experience the cultural shift surrounding blending families and new technology, a rise in female politicians, space exploration, the popularity of music television and video games and more.
“The ‘80s are back, and we’re thrilled to celebrate this pop culture-defining decade with girls and their parents through Courtney,” Jamie Cygielman, General Manager of American Girl, said in the press release. “For nearly 35 years, American Girl’s historical characters have helped to bridge the past and present, while providing inspiring role models through immersive storytelling and imaginative play.”

She continued: “Likewise, Courtney’s story illustrates how to create positive change by standing up to fear, finding strength in every challenge, and developing empathy for others—qualities that are timeless and more important than ever.”

Okay, let’s do this. First of all, her look – Courtney is definitely repping the 80s with her scrunched boots and plastic stacked bracelets. The hair is big, which is essential. And then there’s the acid wash denim. It’s important to address these dark periods of our history and let’s face it, our willingness to wear acid wash is one of the bleakest. I wasn’t allowed to wear crop tops, nor were my friends, so I have no idea how prevalent they were outside of Jazzercize classes, but the color scheme is right. In other shots, Court is sporting a lip balm on a cord necklace and listening to a Walkman. Her accessories include a bunk bed and a boom box, so Courtney is clearly a rich kid whose former hippie parents bought some Xerox stock and ended up voting for Reagan – whatevs. Apparently, Courtney also has her own Molly American Girl doll, which is a really cute addition, I think.

As for her story (going off photo assumption), Courtney hangs out at the local arcade, playing Pac Man and then swings by the mall to shop with friends. That’s sweet, but if Courtney were really a preteen in the 80s she’d be a latchkey kid who’s used to making her own TV dinner and wonders why all their mirrors have a light dusting of white powder.

American Girl is partnering with Girls Who Code on this launch and will match up to $50K in donations to various organizations supported by GWC. They are also offering four $5,000 scholarships to GWC members, all of which is admirable. Or, as Courtney would say – dude, that’s totally rad! 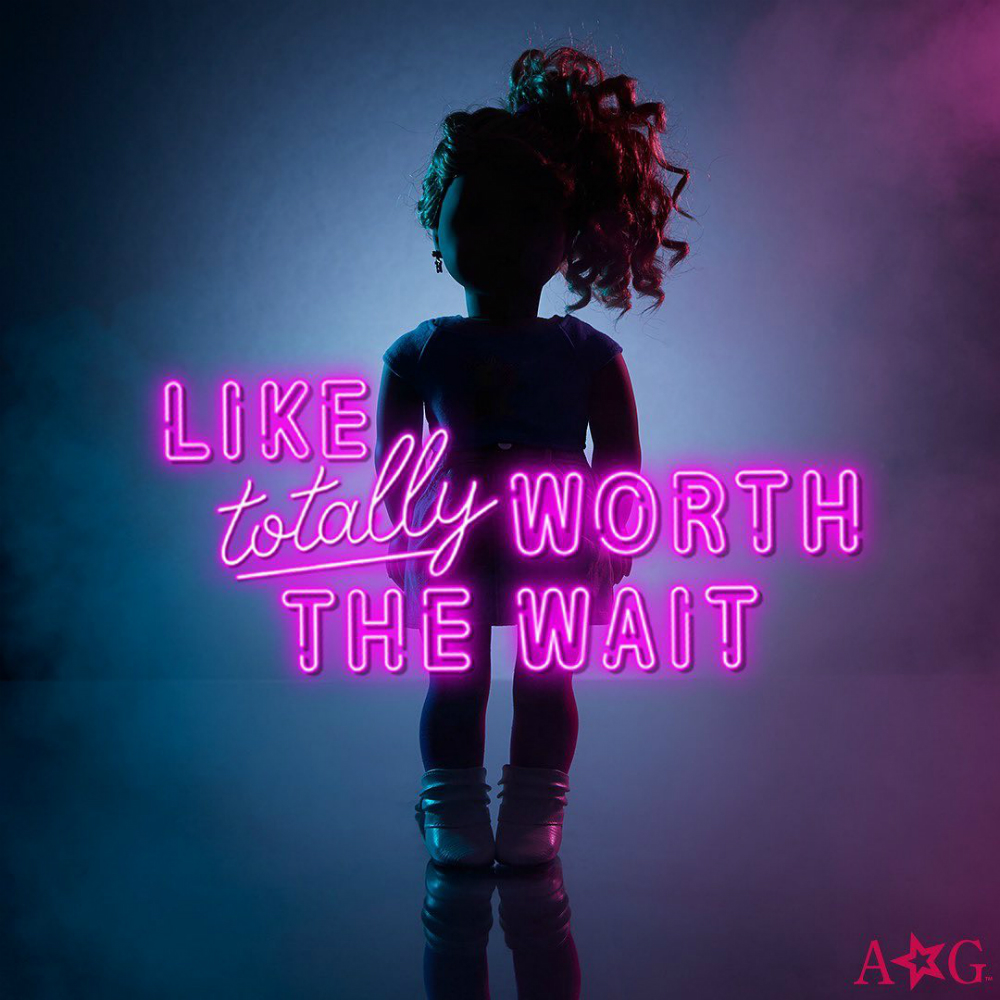 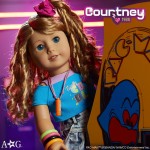 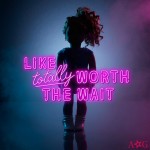 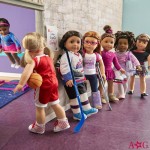