Cardi B isn’t ‘crying’ about her divorce: ‘I just got tired of f—ing arguing’ 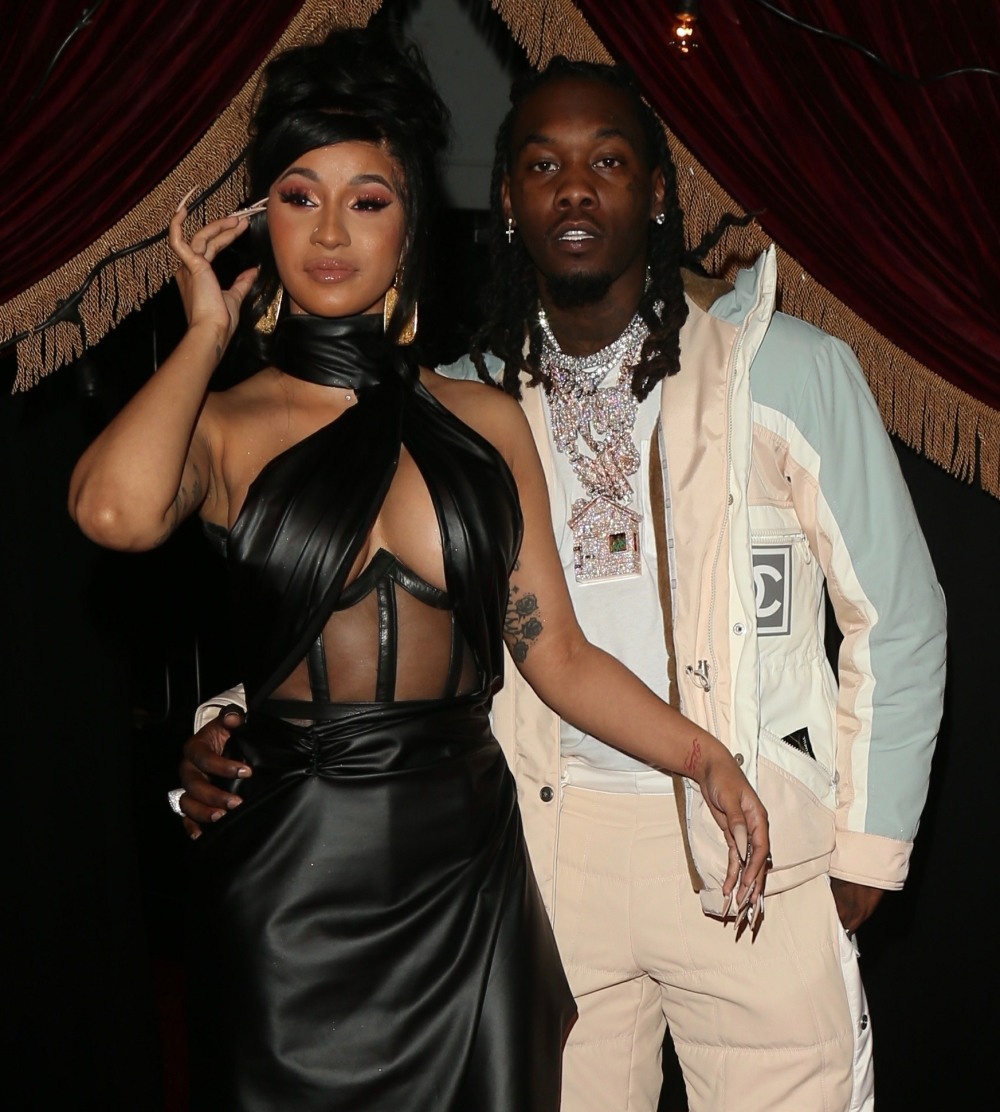 My overwhelming vibe towards and for Cardi B’s divorce is that I’m happy for her and I hope she sticks with it. Offset might genuinely care about her and he might truly be a great dad to Kulture, but Offset brought out the worst in Cardi, and he endlessly disrespected her and their marriage. I feel like she was done with him two years ago too, but he managed to worm his way back into her life. I hope that she doesn’t allow Offset and the other people close to her to “guilt” her into feeling bad about doing sh-t for her own sanity and self-care. Cardi did a video/audio for her fans on Friday, talking about the divorce and what she’s going through. She actually sounds like she’s in a good headspace?

Cardi B recently filed for divorce from husband of three years, Migos rapper Offset, taking to Instagram Friday night to clarify exactly why they didn’t make it. After thanking fans for their prayers and well wishes, the “WAP” artist, 27, revealed that she has “not shed one tear” over their split, adding that the divorce has nothing to do with Offset’s past infidelities, which led to their initial separation in late 2018.

“Every single time that this guy has been so crazy, so f–ked up and it hits the media, I’m always crying, always sad because I don’t like that type of s–t,” Cardi said. “This time, I wasn’t crying. You want to know why? The reason for my divorce is not because of none of that sh-t that ever happened before. It’s not because of cheating. I’m seeing people be like, ‘Oh, he has a baby on the way.’ That’s a whole f–king complete lie. That’s the second time people are trying to pin babies over here. No, that’s bulls–t.”

The Bronx native went on to say she and the “Racks 2 Skinny” rapper have simply outgrown each other. “I just got tired of f–king arguing,” she continued. “I got tired of not seeing things eye-to-eye. When you feel like it’s just not the same anymore, before you actually get cheated on, I’d rather just leave. Nothing crazy out of this world happened, sometimes people really do grow apart. I been with this man for four years. I have a kid with this man, I have a household with this man…sometimes you’re just tired of the arguments and the build up. You get tired sometimes and before something happens, you leave.”

CB and I talked about this in our podcast – Cardi was only 23 years old when she and Offset started up, and their relationship was happening as Cardi was becoming one of the biggest stars in music. Add in “having a child at the height of her career,” and it’s like… of course something’s got to give. Even if Offset had been the most perfect husband who never, ever cheated on her, something would still have to give. She was too young for marriage, a baby and a thriving career – and I’m not saying that women can’t have it all, I’m saying that Cardi was maybe too young to figure out how to have it all in a healthy way longterm, and Offset wasn’t the healthiest option for her? Anyway, it sounds like this divorce is going to stick and I’m happy for her. It sounds like she’s in a good headspace.

Cardi B talks about divorce with Offset:

"Nothing crazy out of this world happened, sometimes people really do grow apart. I’ve been with this man for 4 years. I have a kid with this man, I have a household with this man. Sometimes you’re just tired of the arguments & build up” pic.twitter.com/btTOglE38L 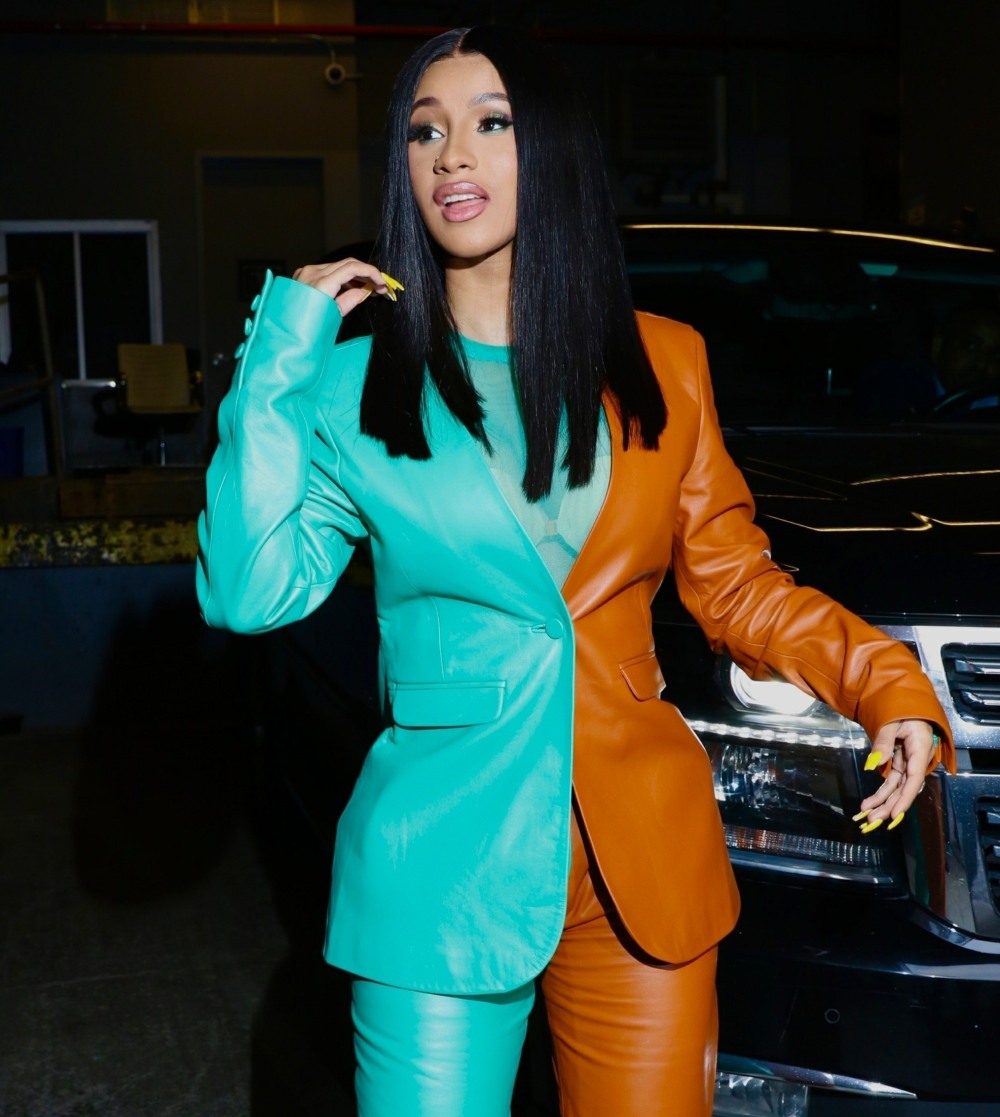 10 Responses to “Cardi B isn’t ‘crying’ about her divorce: ‘I just got tired of f—ing arguing’”