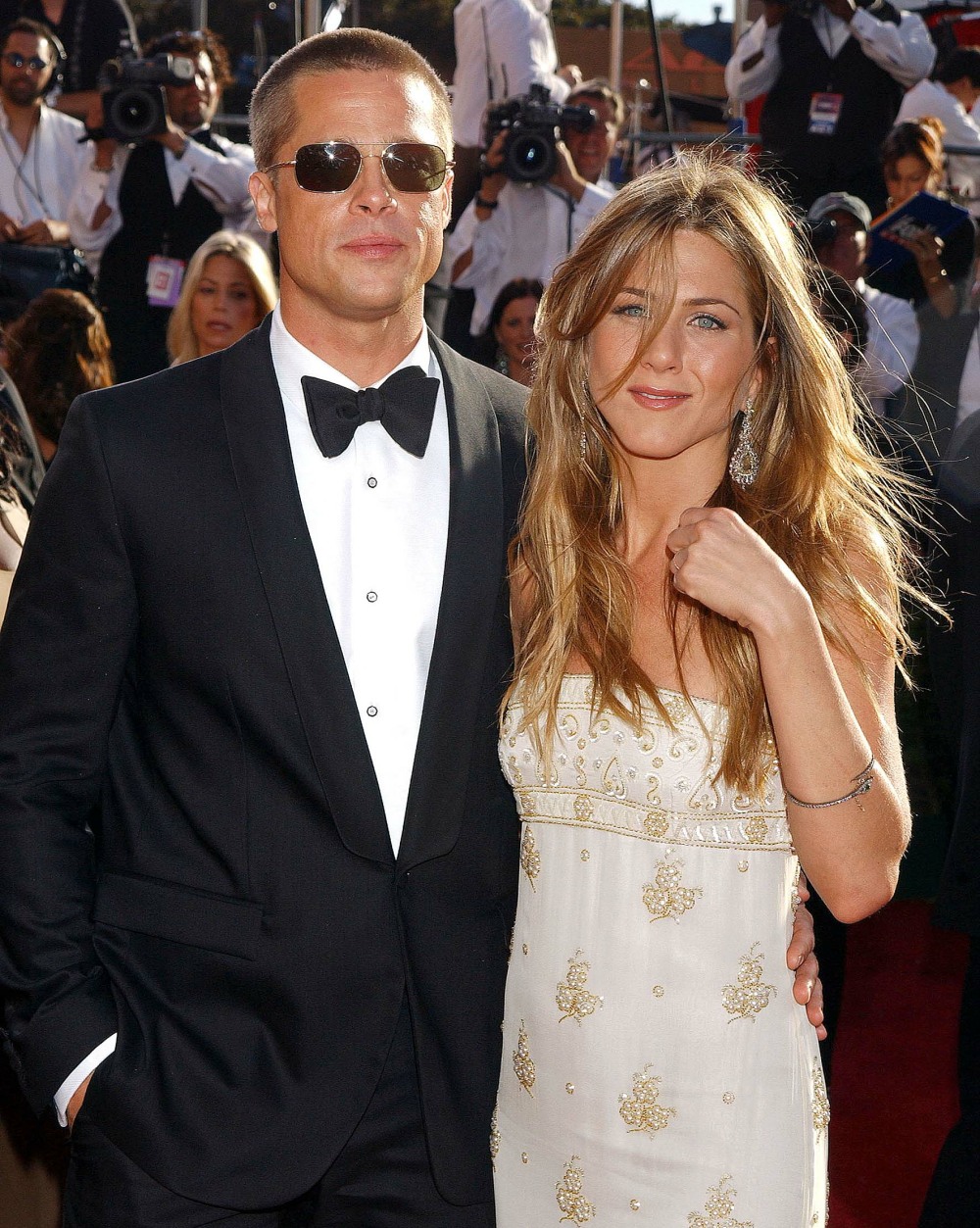 For basically the past year, Brad Pitt and Jennifer Aniston have been dancing around each other, begging us to pay attention to their quaint tabloid drama. I’ve made it clear that I’m personally quite disgusted with their little games, but clearly, other people feel differently. For me, the problem is two-fold. On one side, if you believed the mountain of press Aniston carefully cultivated about herself from 2005-2012-ish, Brad Pitt was insensitive and cruel and he’s a fool for dumping America’s Sweetheart. That was her whole brand: the wronged ex-wife, throwing herself a pity party. And now 15 years later, all is forgiven and it’s all water under the bridge? Is that Aniston’s new brand?

The other side is that Brad is so obviously USING her. Clearly, I’m not an Aniston super-fan, but I just don’t understand why she’d agree to be used like this to help Brad’s image in the wake of a buffet of bad headlines for him, or to help his image when he’s campaigning for an Oscar. Or is it all a “gloat” on her part – that she played the long game, she waited more than a decade for his “dalliance” with Angelina Jolie to end, and now she “won” the grand prize of… having Brad flirt with her in a charity script reading?? When just one month ago, he was rolling out a 27-year-old Instamodel as his married girlfriend? This is all just a mess. But whatever, would you like to hear more about how Aniston and Pitt are playing this?

Focusing on the positive. Jennifer Aniston and Brad Pitt “were a little nervous going into” the Fast Times at Ridgemont High table read on Thursday, September 17, a source exclusively reveals in the latest issue of Us Weekly. Pitt, 56, and Aniston, 51, who played roles originated by Judge Reinhold and Phoebe Cates in the 1982 film, “both enjoyed themselves” during the special, as it all went off without a hitch. The virtual table read, hosted by Dane Cook, raised money for two different charities, Sean Penn’s emergency relief organization, CORE, and the REFORM Alliance, a nonprofit is centered around criminal justice reform.

The Once Upon a Time in Hollywood star playfully said hello to the Friends alum at the top of the video, referring to her as “Aniston.” She quickly responded with, “Hi, Pitt,” before later calling him “honey,” sending fans into a frenzy on social media. Although body language expert Tonya Reiman says that Aniston appears to have some “hidden thoughts” in the video, the insider tells Us the exes have a genuine friendship these days.

“It used to bug them how everyone pulls for them to get back together, but now they laugh it off,” the source says of the pair. “The truth is they have each other’s backs. They constantly bounce ideas off each other and share happy news when they have it. They have such a natural, easy energy together.”

In fact, the former couple hope to work together again when the time is right. “They don’t want to milk this ‘friendly exes’ dynamic they’ve got going on too much,” the insider adds. “They’re both very mindful of that.”

“They don’t want to milk this ‘friendly exes’ dynamic they’ve got going on too much. They’re both very mindful of that.” Translation: whenever Brad needs to change the subject from a damaging story, he arranges some comforting friendly-ex bulls–t with Jennifer, and she goes along with it, for reasons. I guess that’s the admission that it is all just a game to them, a little PR strategy. Remember in February of this year, there was that story of how Brad and Jen think it’s “hysterical” that their fans want them to get back together? I wonder if they’re still laughing about it. 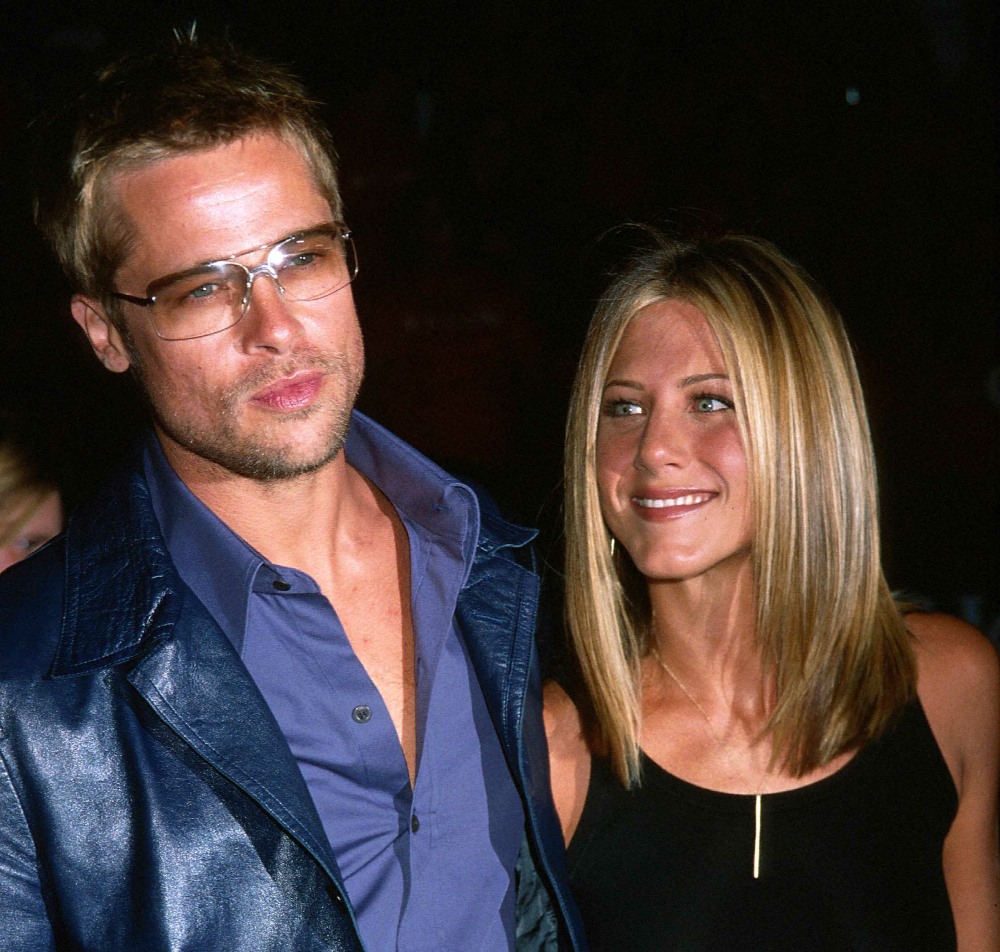 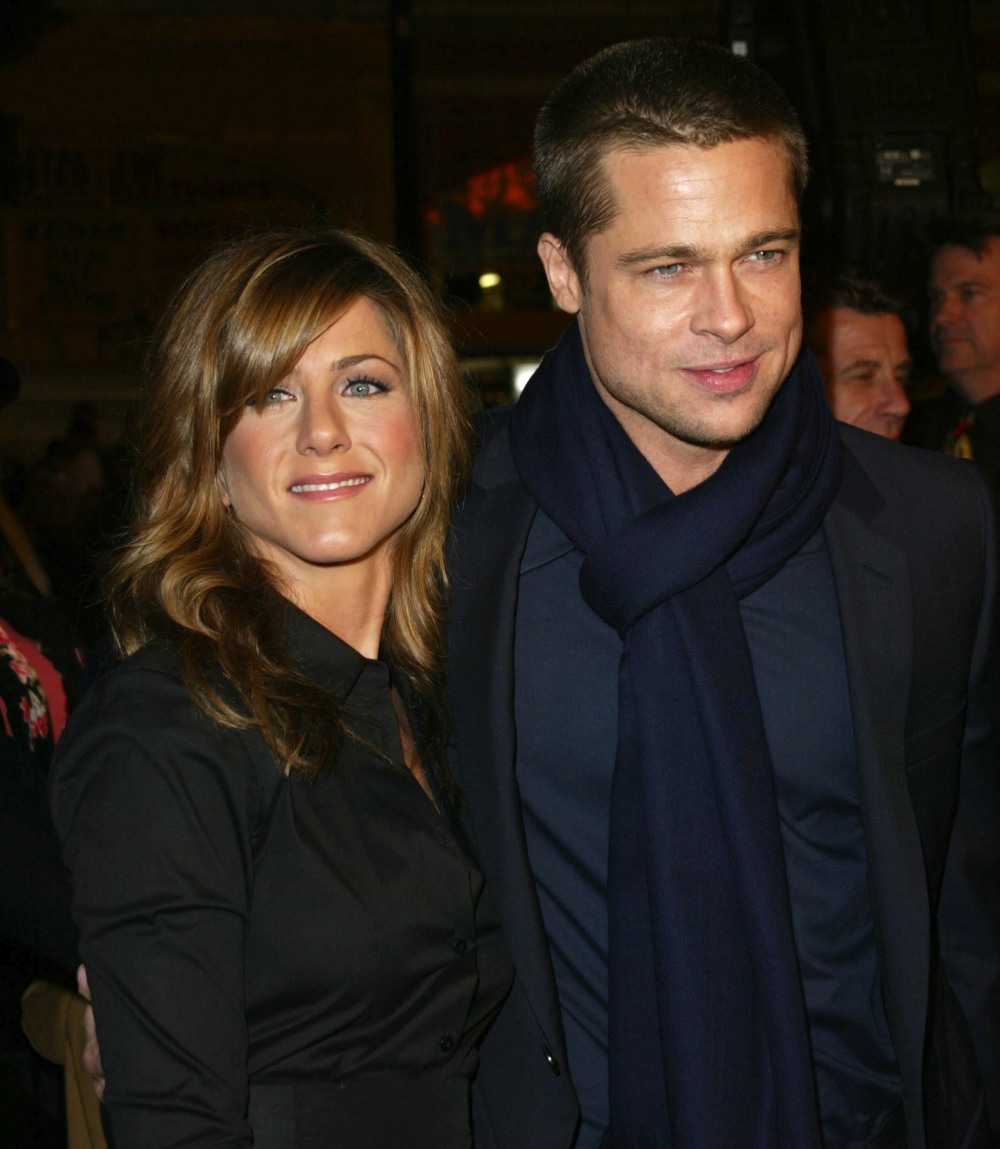