Kayleigh McEnany tested positive for the coronavirus, calls herself ‘essential’ 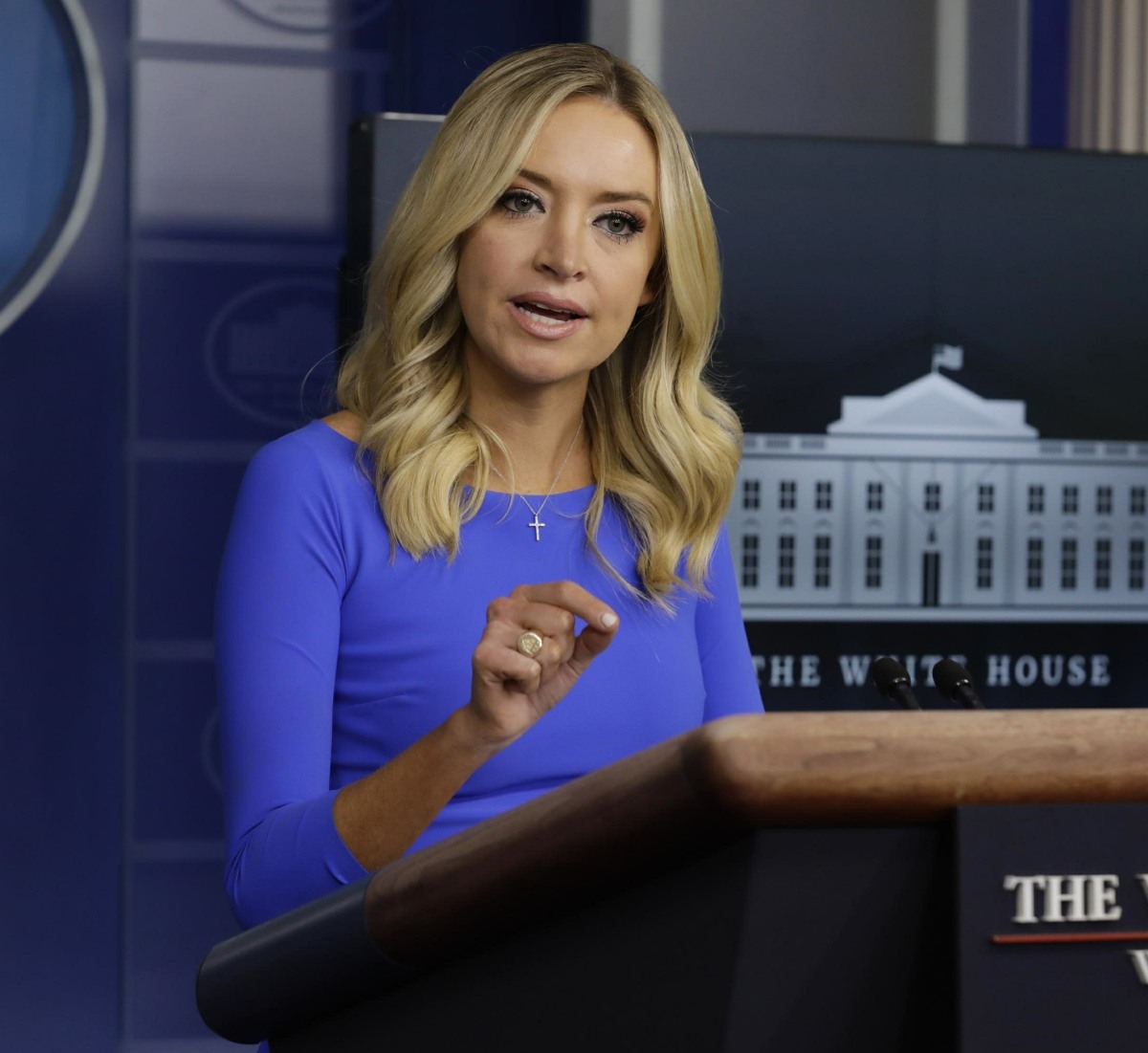 This ^ is a photo from last Thursday, October 1st. As you can see, White House press secretary Kayleigh McEnany didn’t wear a mask for the indoor briefing and she was inane as always. Hours later, her boss would test positive for the coronavirus for the second time, and the dominoes would begin to fall – more than a dozen people from the Rose Garden Massacre tested positive for the virus. Kayleigh is one of the latest.

White House press secretary Kayleigh McEnany and two of her deputies have tested positive for the coronavirus as President Donald Trump remains hospitalized with the virus. McEnany and her two deputies, Chad Gilmartin and Karoline Leavitt, are among at least 18 in the White House, or connected to Trump’s reelection campaign or to recent White House events, who have tested positive for Covid-19 since late last week.

“After testing negative consistently, including every day since Thursday, I tested positive for COVID-19 on Monday morning while experiencing no symptoms,” McEnany said on Twitter. “No reporters, producers, or members of the press are listed as close contacts by the White House Medical Unit.”

“I definitely had no knowledge of Hope Hicks’ diagnosis prior to holding a White House press briefing on Thursday,” McEnany tweeted Monday. “As an essential worker, I have worked diligently to provide needed information to the American People at this time. With my recent positive test, I will begin the quarantine process and will continue working on behalf of the American People remotely.”

The carelessness and callousness of these people is astounding. It’s not enough that they are all hellbent on putting all of their coworkers at risk with their stupidity. It’s not enough that they’re happy enough to blatantly lie constantly about a very real public issue. But they’re actually infecting their children and spouses and loved ones too, or at the very least, showing a callous disregard for the lives and well-being of their families. But yeah, Nazi Barbie has Covid. Who would have thunk.

This clip from February was making the rounds yesterday: “We will not see diseases like the coronavirus come here, we will not see terrorism come here, and isn’t that refreshing when contrasting it with the awful presidency of President Obama?”

On the same day Larry Kudlow said coronavirus was “contained” on Feb. 25th, Trump’s campaign spox made an even more bold claim.

“We will not see diseases like the coronavirus come here..and isn't it refreshing when contrasting it with the awful presidency of President Obama." pic.twitter.com/O0DDH3Rvkw

Here are some photos of Kayleigh briefing the press outdoors on October 2nd (Friday) without her mask. She took off her mask to speak to reporters.

38 Responses to “Kayleigh McEnany tested positive for the coronavirus, calls herself ‘essential’”