Kim Kardashian on Kanye having corona in March: ‘It was so scary & unknown’ 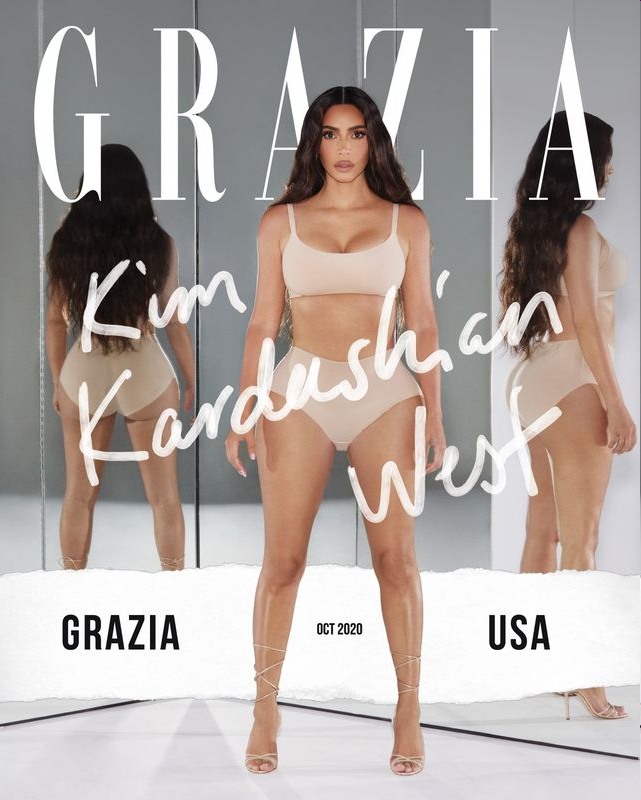 Kim Kardashian covered a recent issue of Grazia, which is sort of a low-rent tabloid, correct? She gave them an exclusive interview to promote her Skims shapewear line, and the photoshoot is all Kim modeling Skims. Kim chats with the mag about Kanye West having coronavirus back in March, the end of KUWTK and a lot more – you can read the full piece here. Some highlights:

Kanye had corona very early on: ‘Kanye had it way at the beginning, when nobody really knew what was going on. It was so scary and unknown. I had my four babies and no one else in the house to help. I had to go and change Kanye’s sheets and help him get out of bed when he wasn’t feeling good. It was a challenge because it was so unknown. Changing his sheets with gloves and a face shield was really a scary time.’

Talking to her kids about Black Lives Matter: ‘I am very open and honest with them. I don’t want to give them too much information that they won’t fully understand and that will give them anxiety. But they obviously sense that there is something going on. You have to keep it together and not be scared yourself. As a parent, your number one goal is to make sure your children feel safe and secure.’

Leaving the reality show behind: ‘This was a dream of all of ours,’ she says. ‘We never imagined we would get on to season two. Now we’re on 20. Sometimes we just need a break. It’s really simple. We just need a minute to regroup. You know, we haven’t had a break for 14 years. We’ve gone in filming a season, then a spin-off, and I think there’s no other way to say it other than, we just live such big lives. And we have kids now. And they need us. There’s so much going on that, even just for a minute, we need a break.’

The success of Skims: ‘Yeah, well… I’ve always worn shapewear and I really wanted to start a shapewear line. I have worn shapewear for years and years. But there was always something I felt was wrong with what was out there. Especially the shade range. I couldn’t even find my colour tone in shapewear. I thought, wow, if I can’t find a shade colour, think of all the women out there who couldn’t find their colour either. I found something I felt was missing in the market place and made sure we filled it.’ Diversity casting for ads, Kim says, ‘wasn’t even a question. That was what we had to do. That was why I invented the brand. It was why I created shapewear, so that my friends and every women out there has undergarments that are representative. It wasn’t even a thought when we were casting, “Oh, we have to be strategic and make it this way.” It wasn’t an option. This is just what this brand is.’

Kim really wanted us to know that she changed Kanye’s sheets huh. I mean, I don’t doubt it. But to think that she was nursing him back to health in March and then just a few months later, Kanye was slamming her and her family in the middle of a manic episode… well, I imagine that she’ll nurse that grudge for a while. And honestly, f–k Kanye. I know everyone hates Kim, but she’s been ride-or-die for him and she clearly wanted this marriage to work. As for the other stuff… I’ve heard from very reasonable people who do not care about the Kardashians at all that Skims is a really good product. Kim must be so happy to have a “success.” 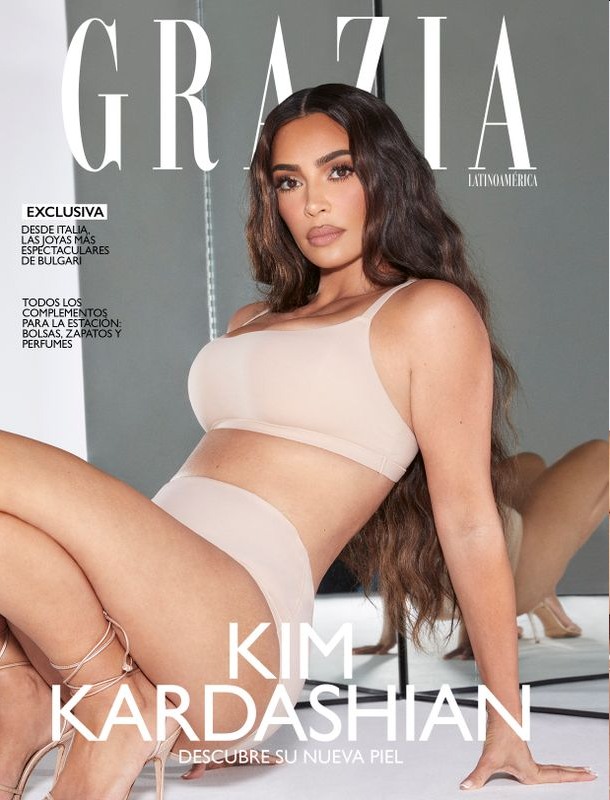 33 Responses to “Kim Kardashian on Kanye having corona in March: ‘It was so scary & unknown’”