Kerry Washington: Centering myself is political, women and Black folks are marginalized 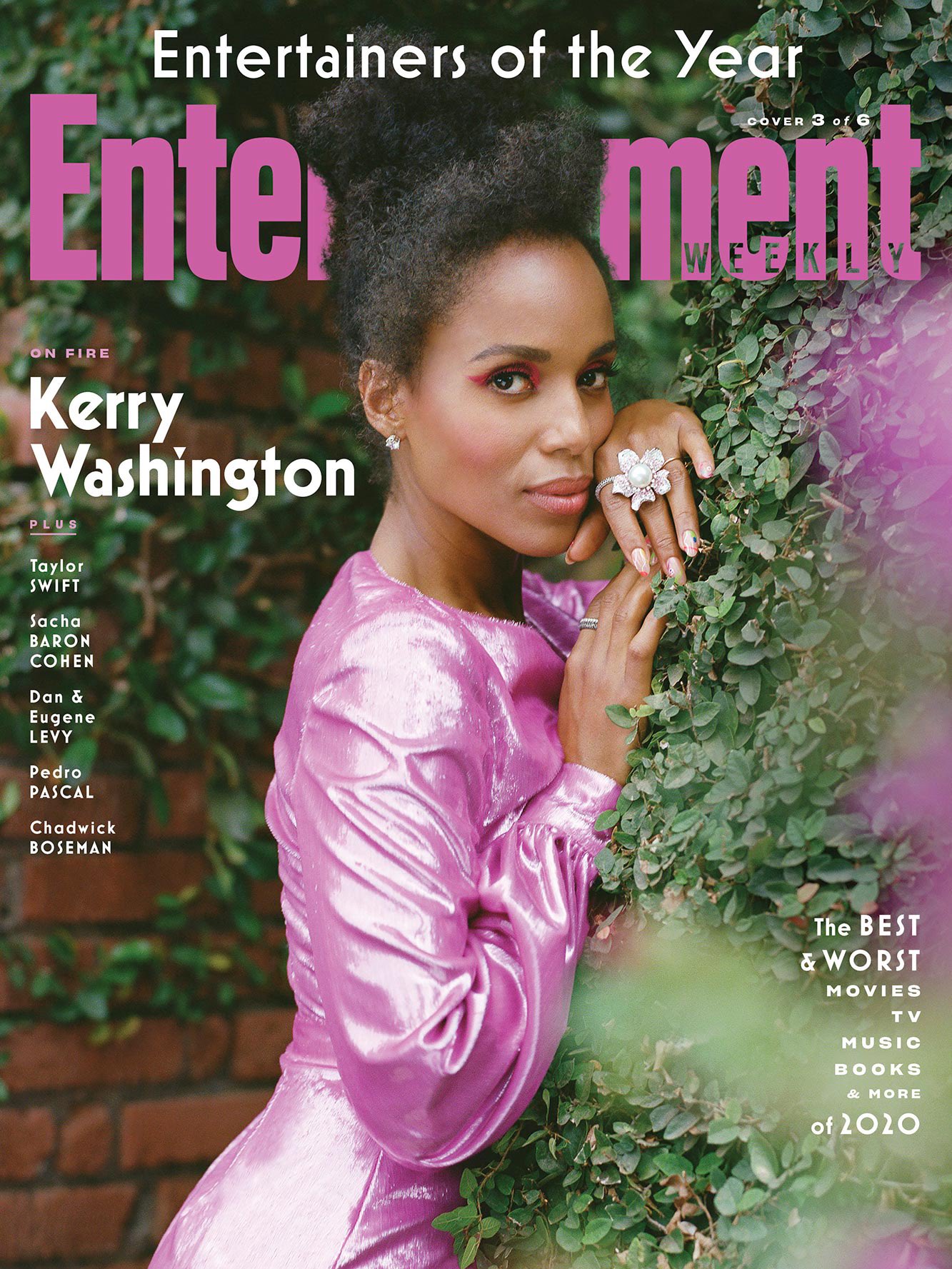 It has been a great year for Kerry Washington. Not only was Kerry named one of Entertainment Weekly’s Entertainers of the Year, she won her first Emmy for producing two live variety shows. Many of us Kerry Washington fans believed he should have won an Emmy for her portrayal of Olivia Pope in Scandal, but I digress. In her profile in EW, Kerry talks about all of the complicated characters she’s portrayed this year, working behind the camera, and how she sort of made her mother’s wish come true when she produced The Fight, a documentary about the ACLU. (Her mother wanted her to become a lawyer) Kerry also talks about being a political activist. She says she hopes her art and activism can help others realize their voices are powerful.

Other EW entertainers of the year include Pedro Pascal, Eugene and Dan Levy, Taylor Swift and the late Chadwick Boseman. Below are a few excerpts from the interview in Entertainment Weekly:

On being an activist
“I understand that because of what I do for a living, my voice may resonate louder than some others, but my commitment to go out there in the field or to do a special like Every Vote Counts or to host the DNC is to remind people that my voice shouldn’t matter more than anybody else’s. Because we live in a democracy, every vote matters, every voice matters. I get barraged on social media when people are like, ‘Olivia Pope, you have to fix COVID!’ In 2016, it was like, ‘Olivia Pope, you have to fix this election!’ I always want to say to people, Olivia Pope is a pretend character on a TV show, you have so much more power than Olivia Pope. You can have so much more impact than Olivia Pope ever could because you live in this world and we need your voice.”

On centering herself
“I really believe that we are each the hero of our own story. Part of what drives me as a producer or director or actor is this idea that just the mere act of centering myself is a political act in this world because women are marginalized and Black folks are marginalized. All of our stories deserve to be at the center. And wanting people to feel that when they engage with the stuff that Simpson Street makes, they are either, as a marginalized person, they see themselves or their experience in some way, or as a privileged person, they are more aware of the other side. For people to be able to have that experience of seeing themselves and also witnessing others, that’s what we’re always looking for at Simpson Street. Each person deserves to understand their power to influence the narrative of their life.”

Seeing Kerry go from playing Chenille in Save the Last Dance to the mega Hollywood powerhouse she is now was something to behold. I have been aware of Kerry’s political activism for quite some time. She stomped for Barack Obama back in 2008 when I was volunteering for the campaign. She has been quite an active and vocal supporter of the Democratic Party.

I appreciate that Kerry uses her production company Simpson Street to tell stories that don’t center whiteness or maleness like most shows. Little Fires Everywhere was one of my favorite series this year and I look forward to seeing where it goes in the next season. I haven’t watched The Prom yet as I am currently not into musicals. That said, I am here for any woman of color, especially a Black woman, showing others how to center themselves without guilt. Black women in particular struggle with being the work horse of the community without protection or reciprocity. I do hope I continue to see more Black celebrities advocate for mental health awareness and selfcare while using their art as activism.

8 Responses to “Kerry Washington: Centering myself is political, women and Black folks are marginalized”