Embed from Getty Images
About two weeks before Christmas I confronted an anti-masker at the post office, which was crowded with people waiting to mail packages. There was a masked elderly woman standing with the door propped open because she was understandably scared. I said to the maskless woman “you know you’re supposed to be wearing a mask, you’re just being arrogant.” She then proceeded to sneer “have a nice day” and then “God loves you” at me while I stared her down. It was scary, but I’m more scared of dying than of being yelled at. I double mask and wear a visor so I’m probably safe unless someone decides to fight me. Given my mood lately, I don’t know if this would be unwelcome.

My long point is that awful people are weaponizing their Christianity to excuse their reckless and incredibly selfish behavior during a pandemic. I’m sure many of you will say those people are not true Christians, and I appreciate you.

Here’s something so much worse though. Kirk Cameron held yet another maskless event with his evangelical crowd to “pray” on New Year’s Eve. This is despite the fact that California has a stay at home order and is one of the worst hit states in the pandemic with 0% ICU capacity. This complete a-hole is encouraging people to gather as an eff you to everyone trying to keep us safe and healthy, I guess. This is Cameron’s third public event. His first two were superspreader caroling events.

Kirk Cameron hosted a large gathering on a California beach on New Year’s Eve to pray “for our nation,” defying the state’s stay-at-home orders and marking the third time in several weeks he’s hosted or attended such an event amid a surge in coronavirus cases.

Cameron, 50, was joined by dozens of people at Point Mugu State Park in Ventura County for a “Sunset Singing and Prayer Event” on Thursday, and gave a four-minute speech to the crowd that was broadcast on Instagram and Facebook.

“We are inviting you to join us in prayer for our nation,” he said as a preface to the event.

Photos the Growing Pains star shared to his Instagram Story showed little to no social distancing among attendees, and no masks, despite the fact that the stay-at-home order forbids gatherings with members of other households, and requires masks.

“If you want to wear masks, we welcome masks,” Cameron said in a clip shared to his Instagram Story. “If you want to spread out with your family, there’s plenty of room here. Remember, you’re in charge of your healthcare. Use wisdom, common sense and good judgment with that.”

Cameron posted a video to his Instagram from the event. He told some story from the Bible and said “God will give us the battle plan in his word and we need to search the scriptures as God speaks to us. We need to be listening for the voice of God rather than being distracted by the noise of men. Let 2021 be a year of trumpets and shouting. Watch our Jerichos fall as we praise him with our tongues and lungs.” So does that mean God is telling them to gather and not wear masks? Like they can’t praise God from home or with their immediate family? This is beyond. He told another Bible story that ended with “As they began to sing and praise, the Lord ambushed the enemy. I believe that the Lord is ready to do the same for you and me in 2021.” It scares me that these people believe this. Are they trying to kill nonbelievers?

As I always say, these people will be immortalized in history. When this guy dies, (and I’m not wishing it on him although he seems like a candidate for covid) the fact that he held multiple public gatherings during a pandemic will be in his obituary. People who held superspreader events like Trump and Kirk Cameron are going to be immortalized as villains in the incredibly sad history of this pandemic. They are causing death and suffering by gleefully spreading the virus and disinformation about it. Thankfully so many more of us are staying home and masking up, but it’s a-holes like this who are killing people and who have helped ruin entire industries. 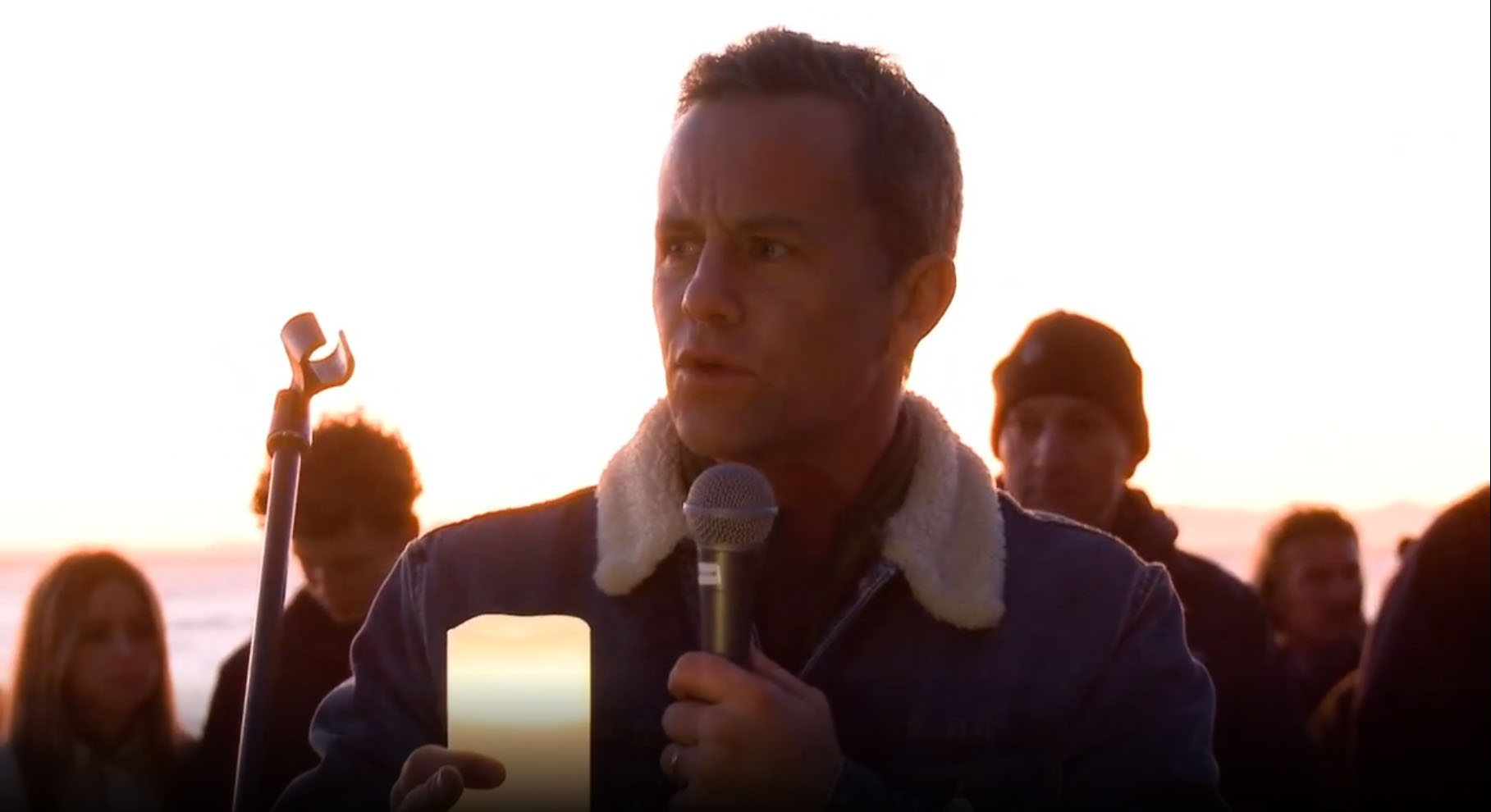