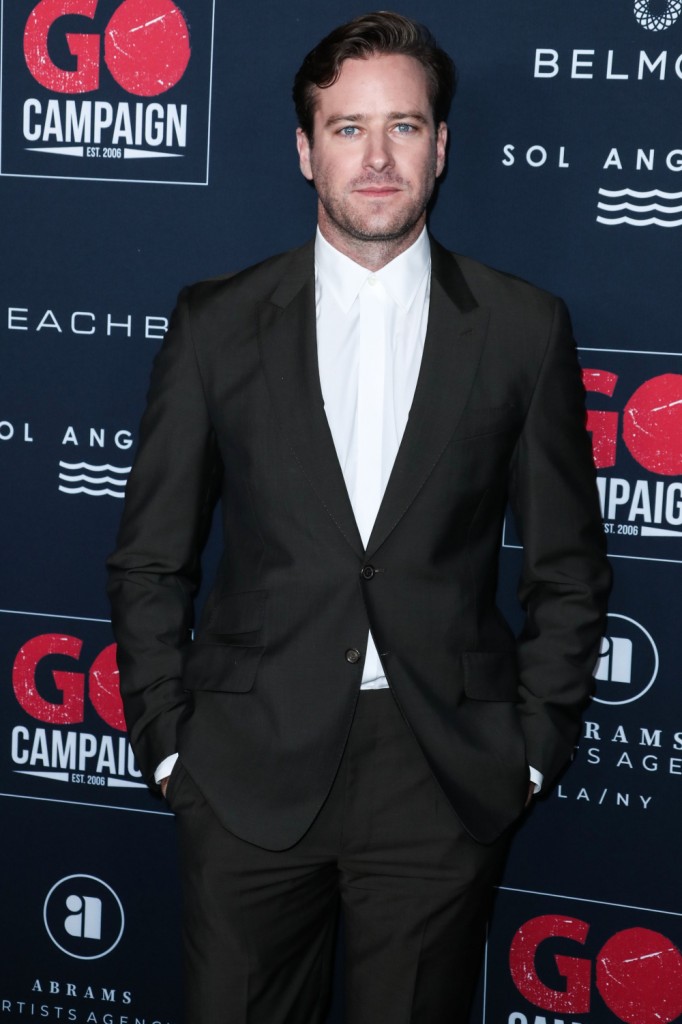 I used to babysit for Armand Hammer’s grand-niece. I don’t know that Armie Hammer was even born when I was babysitting for her, but they were always traveling to extended family reunions. I even housesat a few times while they did. I really enjoyed that family, they had the greatest dog. For a long time it made me like Armie on principle. But I think my residual affection for his cousin (?) is wearing off Armie these days. Armie flew down to the Cayman Islands to see his kids, who have been staying with Armie’s estranged wife, Elizabeth Chambers, since their split six months ago. Armie responsibly quarantined himself for the required 14 days, and finally got to see his little rug rats on New Years. To celebrate his freedom to move about the island with, what I hope are COVID free family, Armie posted this to his Instagram:

I’m not sure what the safety concerns for his kids are. If there are concerns, then good for him for looking out for them. But it’s a curious note to add on the caption, considering that his kids are all over Elizabeth’s Instagram. Technically, there are no shots of the kids since 2021, but it looks like they went with Armie on New Years Eve. Is this a dig at Elizabeth for posting too much of the kids? I hope not because this is the kind of stuff he needs to work out in court. Remember that Armie is ticked at Elizabeth because she won’t uproot the kids from the Caymans to move back to LA to accommodate his construction job or whatever he’s doing now. Also remember, one of her arguments is that the Caymans have managed COVID better and therefore it’s safer than California, and she’s right. Who, exactly, is he protecting them from? Don’t get me wrong, I fully support parents who decide against posting their kids, but this sounds like a jab more than a statement. And it also makes whoever allowed their kid to be in the photo with Armie look like a jerk. His kids need protecting from Instagram, but who cares about this kid in the shot?

I think Armie is still angry because he’s not getting his way so he’s taking passive aggressive pot shots where he can, hoping it will gain him some traction. This is a bad look on him. Kaiser keeps saying this is probably going to get messier before its done and I think she’s right, Armie’s inviting trouble. Elizabeth may not be a saint in their whole thing, but she’s handled herself well since the split. Armie would be wise to start working with her and cut this crap out. 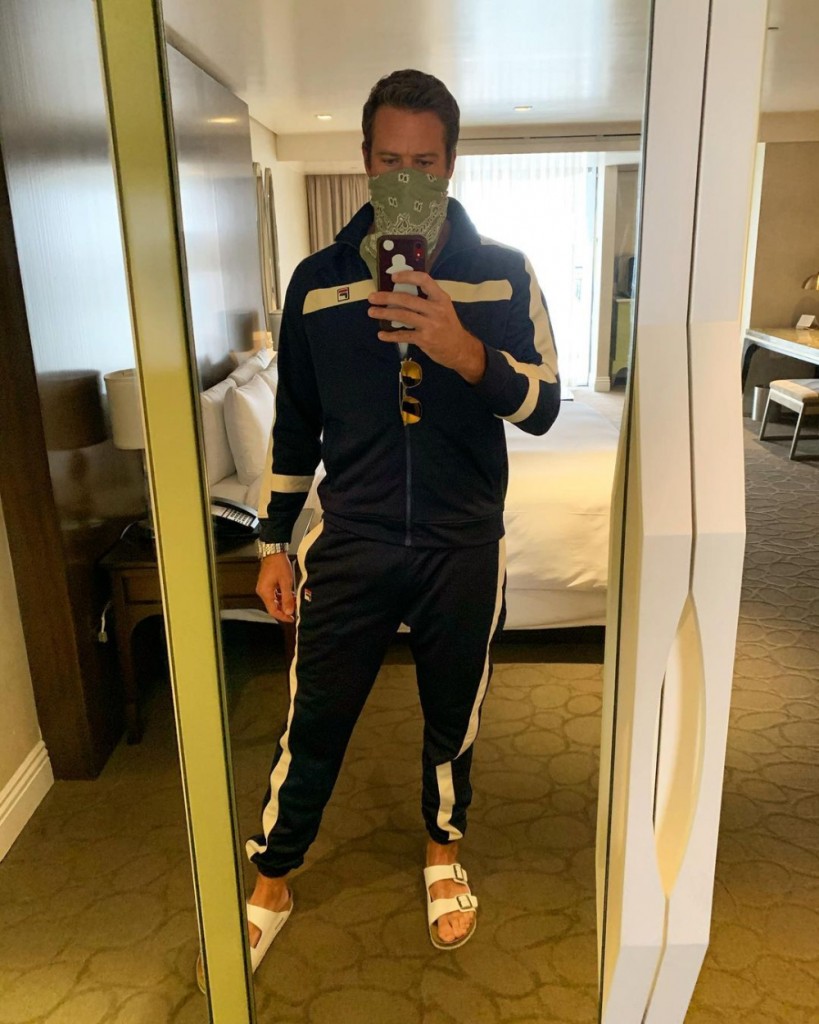