Gina Carano: Being cancelled is ‘one of the hardest things that you’ve ever been through’ 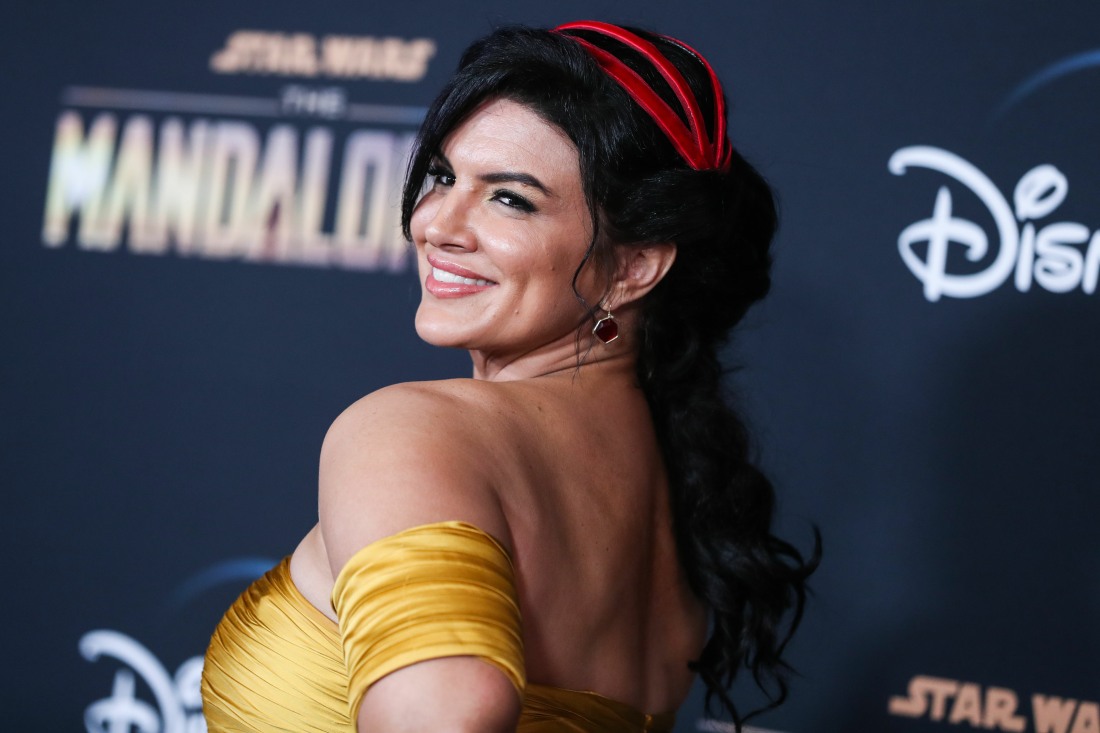 Disney/LucasFilm fired Gino Carano about two weeks ago. She was a fan favorite on The Mandalorian, but now she’s being erased from the franchise and the Cara Dune toys are being discontinued. While it was clear that Carano’s anti-Semitic social media post – where she compared the plight of Jewish people during the Holocaust to Republicans in 2021 – was the final nail in her coffin as far Disney was concerned, it’s also clear that Carano knew she was on notice for months, given her increasingly toxic social media behavior. She was literally spreading QAnon conspiracies, mocking transgender inclusion, and screeching about mask mandates hurting her freedom. If you told me that she was friends with many of the January 6th insurrectionists, I would believe you.

Well, as soon as Disney fired Carano, she was hired by Ben Shapiro, an alt-right lunatic who absolutely knows a lot of the Jan. 6th insurrectionists because he helped radicalize them into the terrorists they are now. Shapiro and his production company plan to make a movie with Carano, but before that, Carano sat down with Shapiro for a lengthy, self-pitying interview about the dangers of cancel culture. Some highlights:

Before the anti-Semitic post, she knew she was in trouble with Disney: Carano came out swinging against Disney, admitting the writing had been on the wall since she had crisis talks with higher-ups last year after she was accused of being transphobic. “I’ve been through so much, and I’ve seen so much now, clearly, of the bullying that’s been taking place, and I saw it before. I’m not the only one that’s ever been bullied by this company, and I know that so deeply. I was prepared at any point to be let go because I’ve seen this happen to so many people. I’ve seen the looks on their faces. I’ve seen the bullying that takes place and so when this started… you know it’s only a matter of time. I’ve seen it happen to so many people and I just thought to myself, ‘You’re coming for me, I know you are.’”

Disney executives were watching her like a hawk: She also accused Disney of having a double standard, saying executives had been “watching [her] like a hawk,” but other people “on the same production [could] say everything they want, and that’s where I had a problem. I had a problem because I wasn’t going along with the narrative. I could share a story and would turn things around in the media, but I can’t do that because it would be selling out a friend that I don’t really have the same views as but I’m not gonna sell out someone to take the attention off me… everyone is afraid of losing their jobs.”

On her anti-Semitic post: Carano insisted she wasn’t trying to make comparisons, saying she’s “so inspired by the gentle spirit of the Jewish people going through” the Holocaust. She said her only intention was to “bring people together” and that she believed the post was “more about people tearing each other apart.”

Gina is full of self-pity for being cancelled: “I do want people to know that this has not been easy. I’m a human being, I have so much to learn and grow, and I am. I am deeply understanding, it’s like the curtains got pulled and I’m seeing so much. Being canceled might become trendy one day, but don’t think that when it happens to you, it’s gonna be easy because it’s not. It’s maybe going to be one of the hardest things that you’ve ever been through. But each day that goes by, you find your legs again, and you stop feeling sorry for yourself and you show up. My body is still shaking. It’s devastating, but the thought of this happening to anybody else, especially to somebody who could not handle this the way I can, no, they don’t get to do that. They don’t get to make people feel like that.”

I mean, it’s clear that she’s absolutely an idiot. A tone-deaf idiot who centers herself as the victim of every story. She spent the past year spreading vile, hateful, dangerous conspiracies online and when she has to face career consequences for it, suddenly her body is shaking from the trauma of being “cancelled.” Girl, you literally said that your employers had you on notice, and that you knew that if you continued to post that offensive sh-t, you would be fired. Breaking news: Woman did some sh-t knowing she would be fired, yet she’s shocked that they fired her when she did some sh-t. 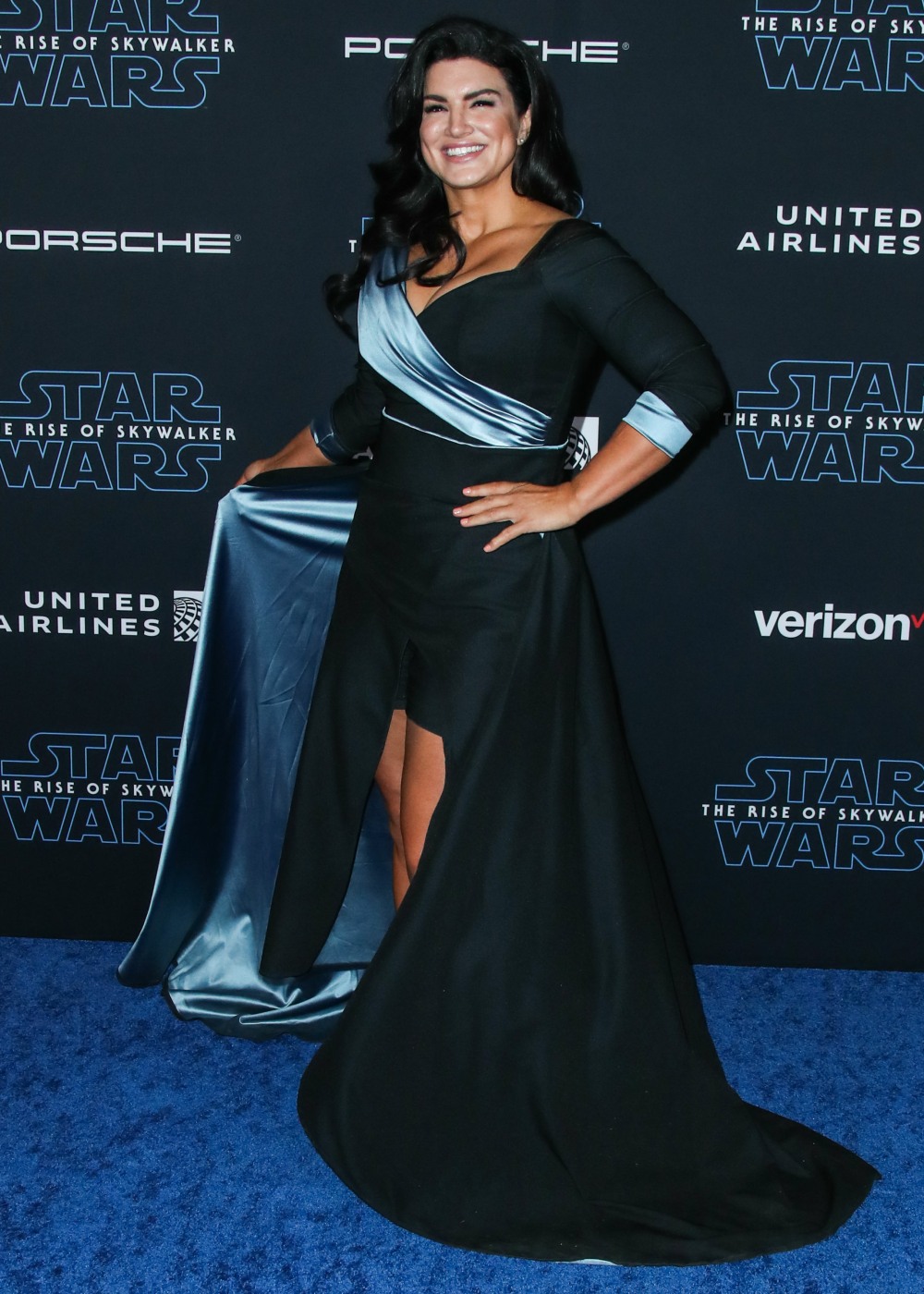 70 Responses to “Gina Carano: Being cancelled is ‘one of the hardest things that you’ve ever been through’”