Nicolas Cage got married for a fifth time, this time to 26-year-old Riko Shibata 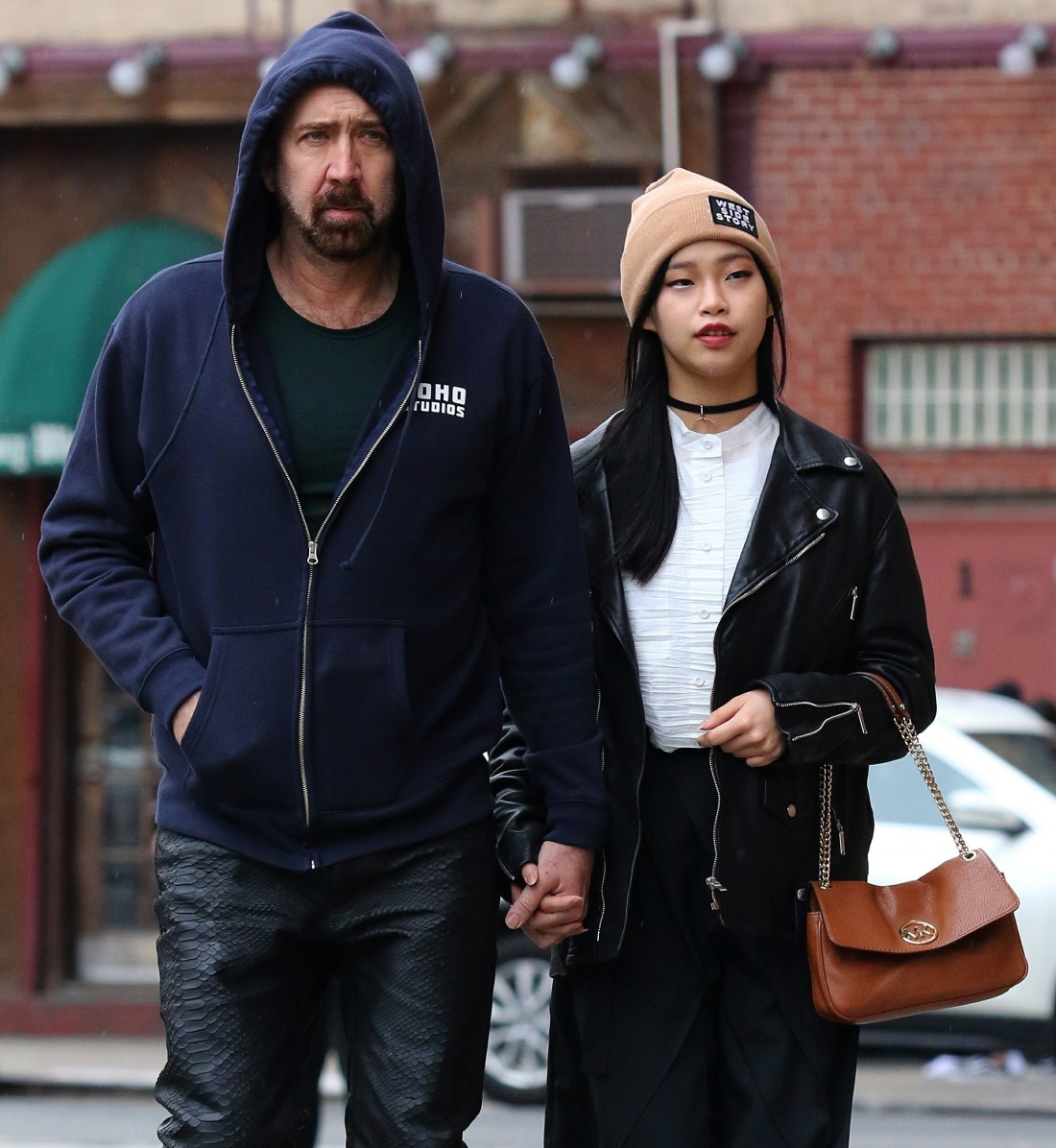 In 2019-20, we heard from Nicolas Cage a few times and honestly, he didn’t sound all that terrible. He’s self-aware enough to understand that outsiders think he’s bonkers, but really he’s just a weird guy who likes to spend his money on cobras, cats, crows, quests for the Holy Grail and dinosaur bones. That flurry of interviews happened after he drunkenly and mistakenly married Erika Koike in March 2019. The marriage lasted all of four days and apparently, Cage was pretty embarrassed about it. It was kind of messy for a few months as he tried to get an annulment and was eventually successful in getting a divorce. So, that four-day marriage “counts” as his fourth marriage. And now he’s gotten married for a fifth time.

Nicolas Cage is in newlywed bliss! The actor, 57, wed Riko Shibata last month in a “very small and intimate wedding” at the Wynn Hotel in Las Vegas.

“It’s true, and we are very happy,” Cage says in a statement to PEOPLE. While news of the wedding broke on Friday, they tied the knot on Feb. 16 — a date that is very special to Cage.

“The date was chosen to honor the birthday of the groom’s late father,” Cage’s rep tells PEOPLE. “The bride wore a handmade Japanese Bridal Kimono from Kyoto that required three layers.”

Cage wore a Tom Ford Tuxedo for their special day. The bride walked down the aisle to her favorite song, “Winter Song” by Kiroro. The couple — who met in Shiga, Japan, more than a year ago — exchanged traditional Catholic and Shinto vows with poetry from Walt Whitman and Haiku sprinkled in. In photos of the ceremony obtained by PEOPLE, Cage gives his bride a passionate kiss as they are declared husband and wife with a backdrop of lush greenery and fairy lights. The couple walked out of the ceremony hand in hand before heading to a “small celebration.”

“After the wedding, the happy couple was joined for a small celebration attended by Nicolas’ ex-wife, Alice (who he remains very good friends with) and their son Kal,” his rep says. This is Cage’s fifth marriage following his public split from Erika Kookie after a four-day marriage in March 2019, which also took place in Las Vegas. He was granted a divorce two months later. The Face/Off star was previously married to Patricia Arquette from 1995 to 2001, to Lisa Marie Presley from 2002 to 2004 and to Alice Kim from 2004 to 2016. In addition to Kal-El, Cage has a son, Weston, 30, from his relationship to actress Christina Fulton.

I’m including photos of Nic with Riko Shibata about one year ago in New York. She’s very pretty! And very young-looking and trendy/fashionable. She’s apparently 26 to his 57. So… just over 30 years younger than Nicolas. Whew. I mean, it’s a good thing that this one didn’t end after four days and a Las Vegas annulment. It sounds like they’ve actually spent some time together and have been serious about each other for much of the past year. I would guess that they quarantined with each other. And his cats too, one would hope. Congrats to them.

21 Responses to “Nicolas Cage got married for a fifth time, this time to 26-year-old Riko Shibata”