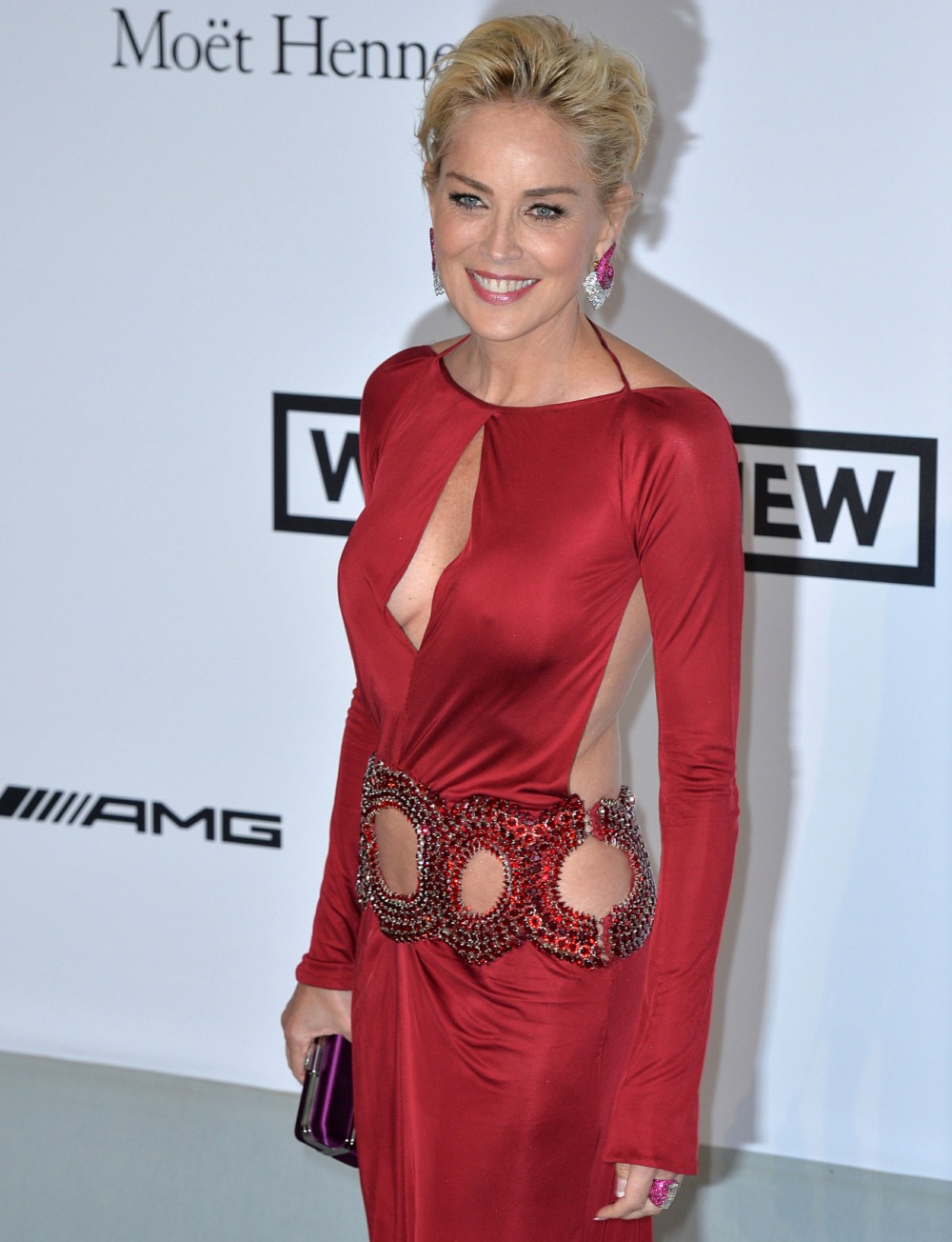 Sharon Stone is just endlessly promoting her (stale-tea) memoir, The Beauty of Living Twice. I like Sharon, but I do think she’s gone too heavy on the stories from the ‘90s, most of which were already widely known. But here’s something new: Sharon Stone got breast implants after she had surgery to remove benign tumors in her breasts. And her implants are larger than she wanted, because her plastic surgeon decided – without her authorization – to go bigger.

Sharon Stone says that a plastic surgeon gave her larger breast implants without her consent, telling her that they would “go better” with her body, she writes in her new memoir. The Basic Instinct star, 63, explains in her memoir, The Beauty of Living Twice, that she was undergoing breast reconstruction surgery to repair her chest after doctors had to remove benign tumors that were “gigantic, bigger than my breast alone,” in 2001. But when Stone woke up from the reconstructive surgery, she discovered that the surgeon gave her large breast implants, The Times reported in an interview with the actress.

“When I was unbandaged, I discovered that I had a full cup-size bigger breasts, ones that he said ‘go better with your hip size’ ” Stone said. “He had changed my body without my knowledge or consent.”

And when Stone questioned her surgeon on her breast size, she said he told her that he “thought that I would look better with bigger, ‘better’ boobs.”

Stone also writes in her memoir, out on March 30, about the stroke and cerebral hemorrhage she experienced in 2001, at age 43. Speaking about that harrowing health scare with Willie Geist on Sunday Today, Stone said that she was lying in a hospital bed as a doctor told her that she was close to death. “The room was so silent,” she said. “When the room is so silent and no one’s running around trying to fix you, that’s when you realize how near death is and how serious everything is.”

Stone recovered and took a two-year break from acting as she rebuilt her health, but said in a 2019 interview with Variety that the stroke stunted her career. She went from being at the top of her game following 1992’s Basic Instinct and 1995’s Casino to struggling to find work for seven years, while also losing primary custody of her adopted son Roan.

“People treated me in a way that was brutally unkind,” Stone said. “From other women in my own business to the female judge who handled my custody case, I don’t think anyone grasps how dangerous a stroke is for women and what it takes to recover. I had to remortgage my house. I lost everything I had. I lost my place in the business. I was like the hottest movie star, you know? It was like Miss Princess Diana and I were so famous, and she died and I had a stroke. And we were forgotten.”

Diana was not forgotten!! What the sh-t. That is an absolutely bonkers statement, oh my God. “It was like Miss Princess Diana and I were so famous, and she died and I had a stroke. And we were forgotten.” WOW. No, I’m not going to touch it. (CB pointed out that the quote is actually from 2019. Still bonkers.) As for the reconstructive surgery and the implants… it’s very strange. So she was definitely there to have the benign tumors removed and have her chest reconstructed, so she knew she was getting implants. Did she not approve of the implant size before the surgery? Did she just wave her hand and say “you do what you think is best” and her surgeon was like “go up a cup size, damn it”? It’s such a strange story. I probably would have sued. 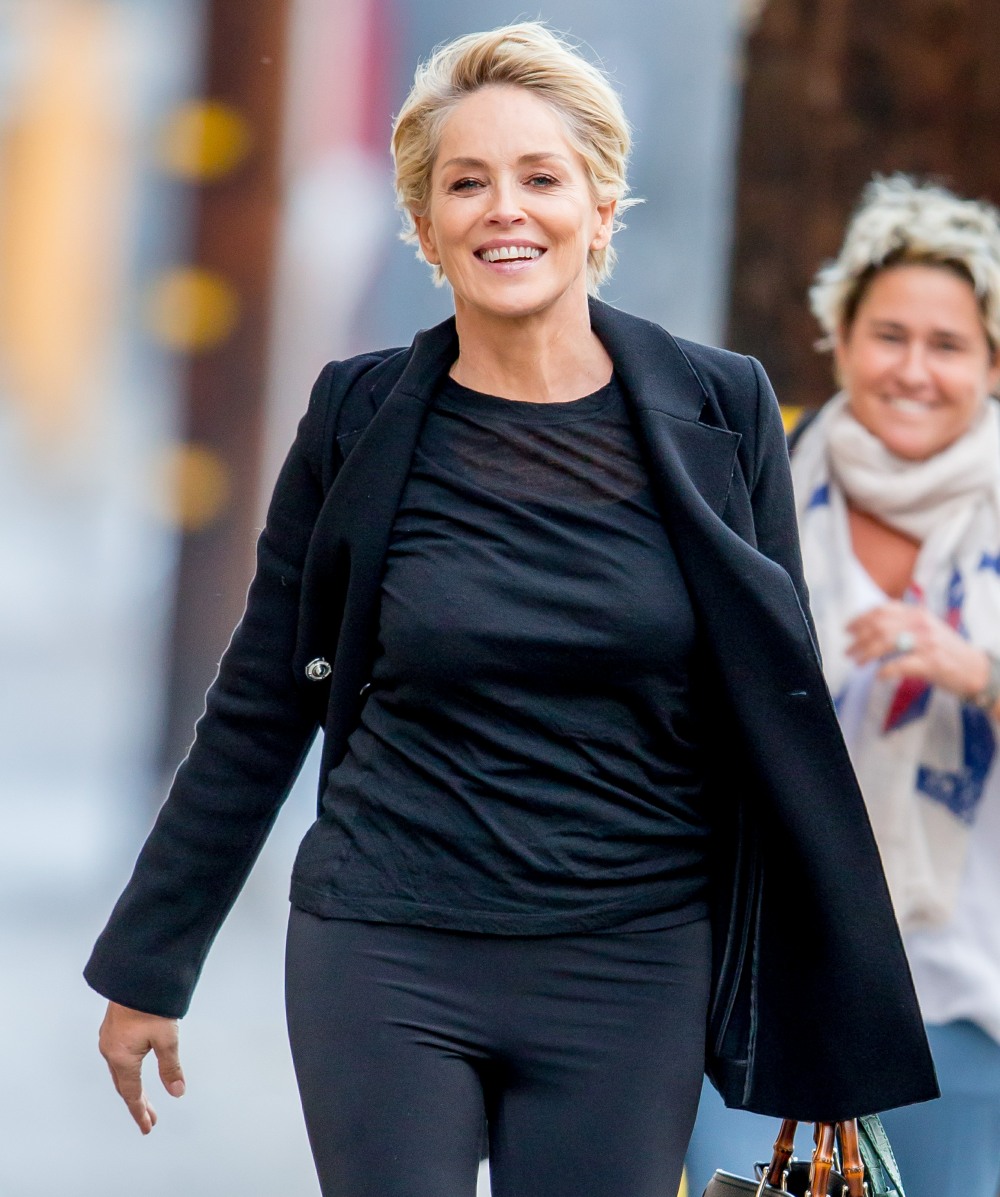