Sharon Stone: ‘Princess Diana & I were so famous – and she died and I had a stroke’ 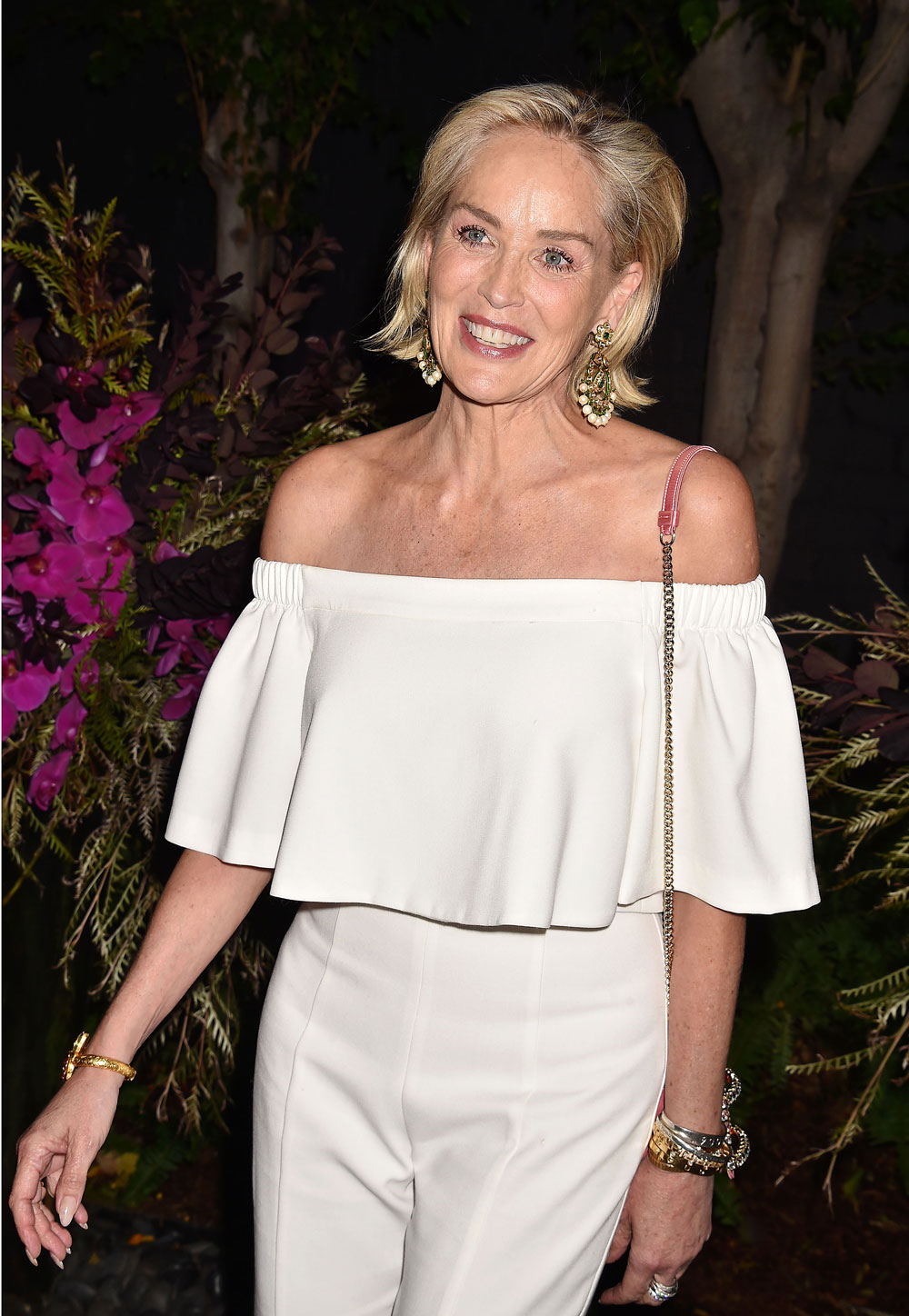 There’s this tendency for commenters to point out the worst thing a celebrity has said or done, even years later. When it’s sexual harassment, a violent crime, or a racist or sexist remark that’s completely understandable. Sometimes they’re just a bit assholish or they say something that’s up to interpretation (like when Anthony Mackie said a woman’s role was to make him a sandwich. I get it, just let me still like him please). When the person says another questionable thing though, it’s perfectly fine to bring up the other bad things they’ve said and done. Like Sharon Stone, who asked in 2008 if the horrible earthquakes in China were karma for the government’s treatment of Tibet. Sharon apologized for that and it sounded like she learned her lesson, but she’s not the most compassionate person. She recently gave an interview to Vanity Fair in which she discussed her 2001 stroke and compared herself to Princess Diana. (Sharon first opened up about her stroke in 2014 I believe.) Sharon’s cerebral hemorrhage was so bad it took two years for her to learn to walk and talk again and she almost lost everything. She said it took seven years for her to recover. All of that sounds harrowing, and quite different from dying in a car crash.

“This is why I do it: My mother had a stroke. My grandmother had a stroke. I had a massive stroke — and a nine-day brain bleed,” [Sharon Stone] told Variety at an event she hosted to raise awareness for the Women’s Brain Health Initiative in West Hollywood on Wednesday night.

They say that Hollywood loves a comeback but unfortunately, that has not been Stone’s experience. “People treated me in a way that was brutally unkind,” she said. And she wasn’t referring to men (other than perhaps her ex-husband Phil Bronstein). “From other women in my own business to the female judge who handled my custody case, I don’t think anyone grasps how dangerous a stroke is for women and what it takes to recover — it took me about seven years.”

During that time, Stone suffered insurmountable losses, both professional and personal: “[From] trying to keep custody of my son to just functioning — to be able to work at all,” Stone added. “I was so grateful to [LVMH head and now the second-richest person in the world] Bernard Arnault, who rescued me by giving me a Dior contract. But I had to remortgage my house. I lost everything I had. I lost my place in the business. I was like the hottest movie star, you know?” she said, her voice trailing off. “It was like Miss Princess Diana and I were so famous — and she died and I had a stroke. And we were forgotten.”

But what Stone wants people to remember is her potentially life-saving advice: “if you have a really bad headache, you need to go to the hospital,” she said. “I didn’t get to the hospital until day three or four of my stroke. Most people die. I had a 1% chance of living by the time I got surgery — and they wouldn’t know for a month if I would live.” At the time, Stone wasn’t even aware of how dire her chances for survival were. “No one told me — I read it in a magazine,” she added.

Maybe Sharon comparing herself to Princess Diana would make sense if she had a stroke the same summer that Diana passed in that horrible accident. If it happened around the same time then she would associate her own tragedy with Diana’s. Diana passed in 1997 and Sharon’s stroke was in 2001. She’s comparing her fame level with Diana’s, which I don’t think is accurate at all, but at least she has a high opinion of herself. I mean a lot of people strive for that. Plus no one forgot Princess Diana! We still talk about her all the time. It sounds like Sharon felt like she died too in a way. That must have been awful and I can’t imagine how bad it was. Sharon has said that her stroke made her much more blunt and outspoken, so maybe that’s the reason why she talks smack like this, she lost her filter. Also I’m reminded of Emilia Clarke’s story of her brain aneurysm and how it was the worst headache she ever had.

Also, Sharon Stone looks good because she has not jacked up her face. She is aging goals. 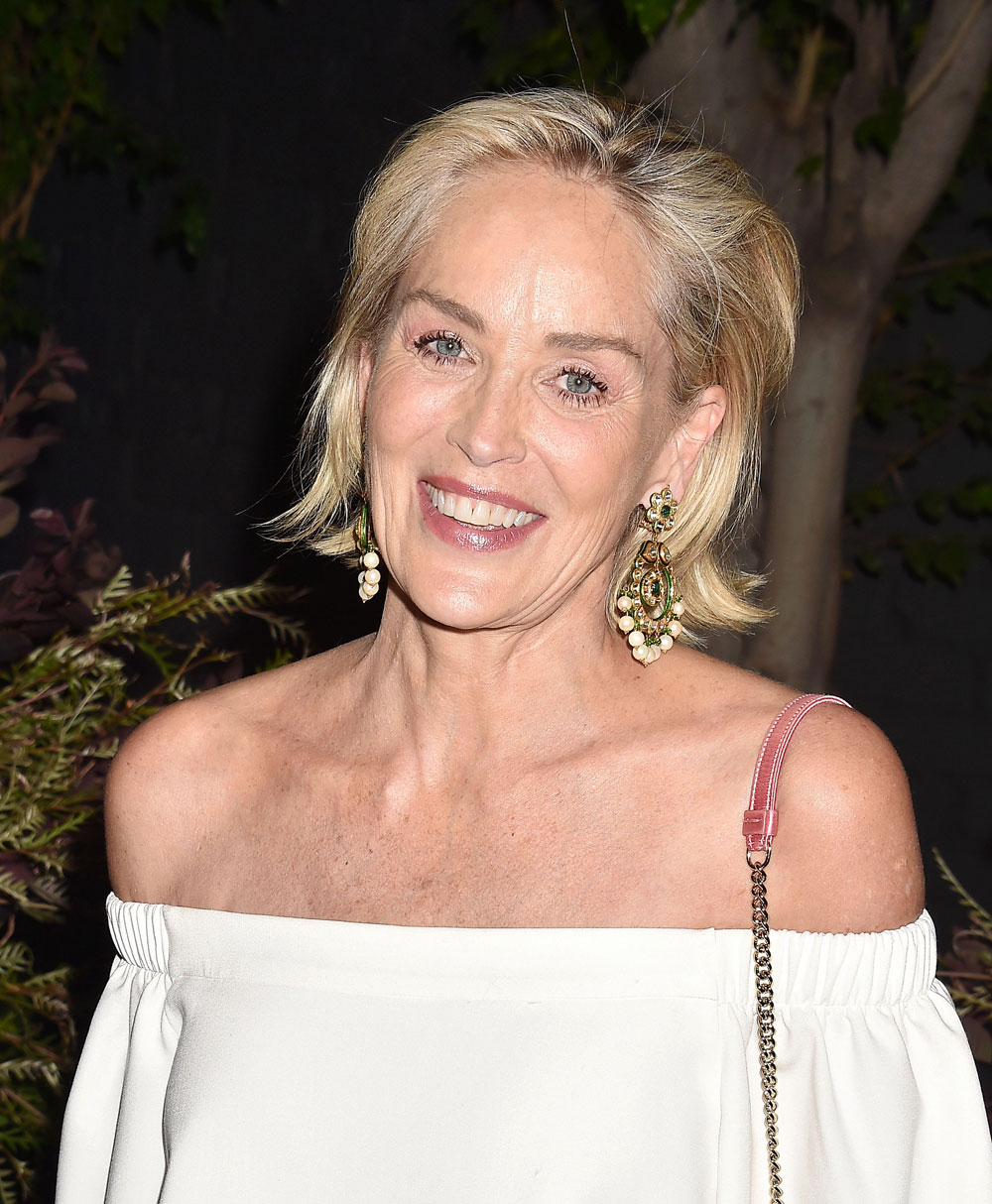 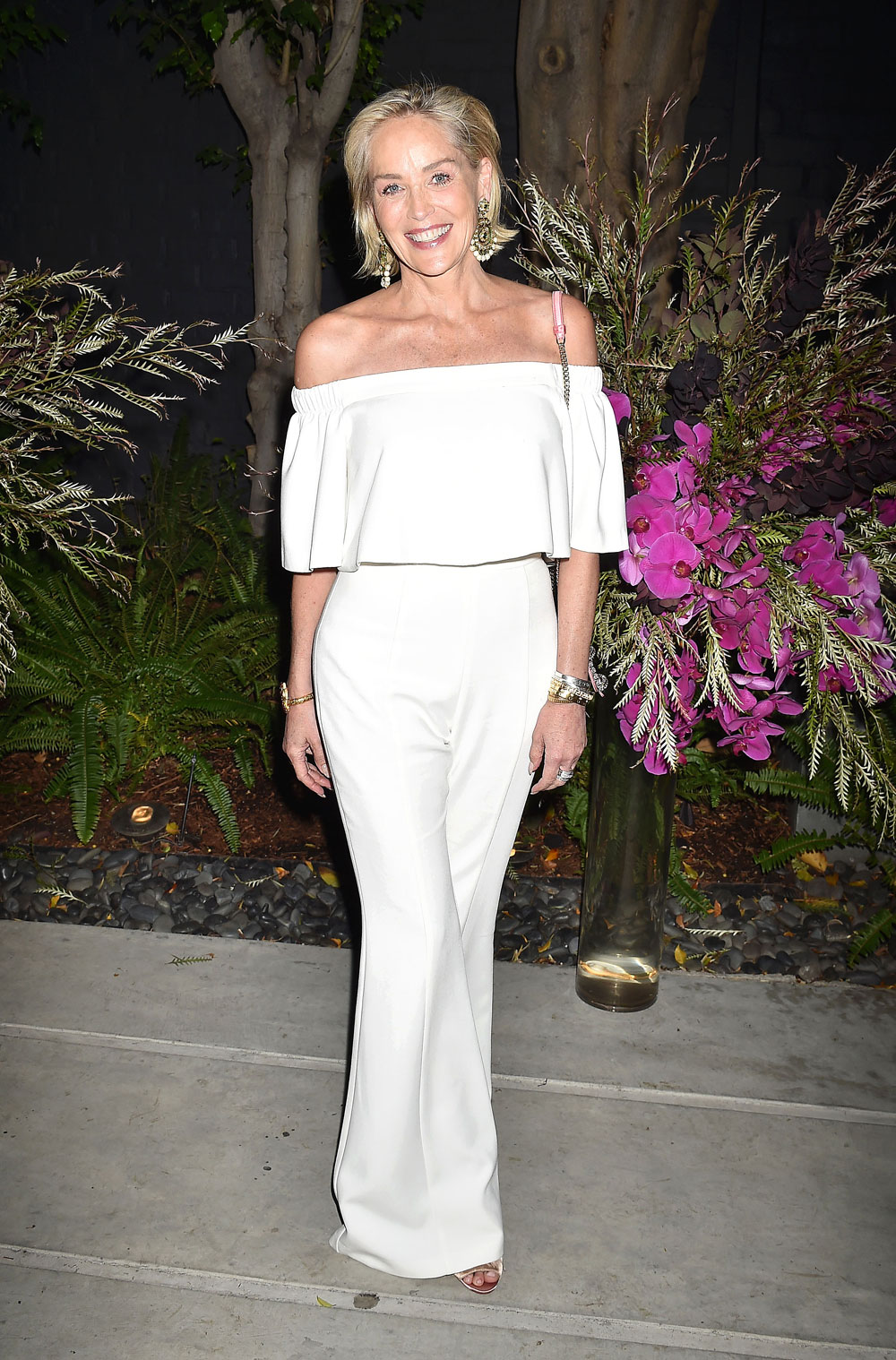 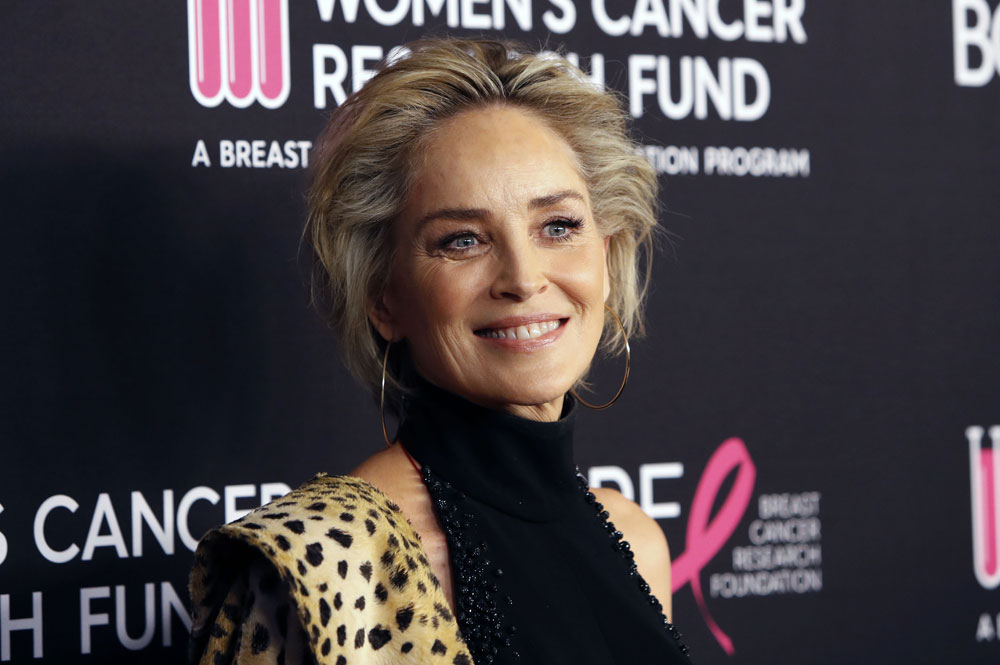 58 Responses to “Sharon Stone: ‘Princess Diana & I were so famous – and she died and I had a stroke’”