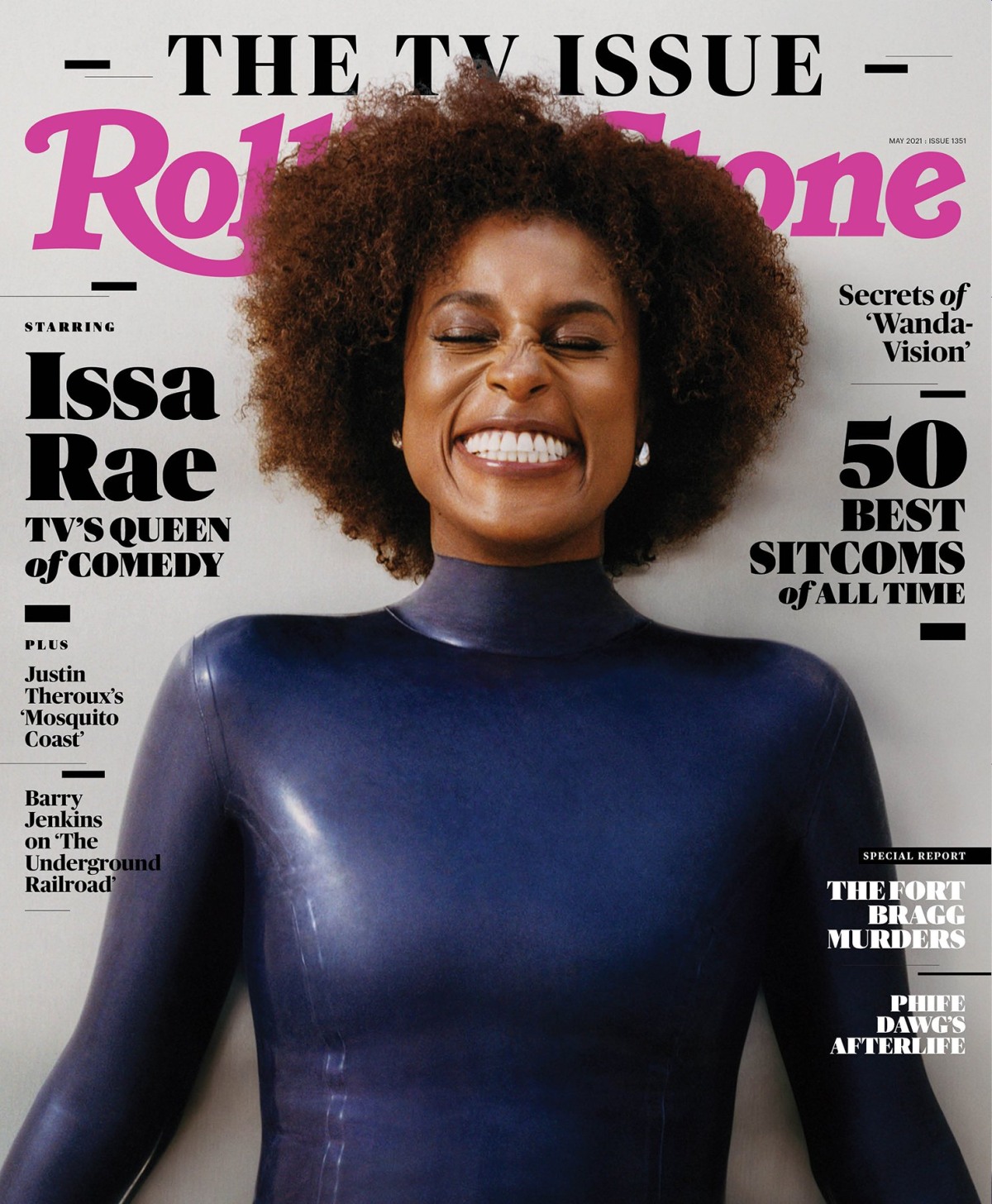 Issa Rae covers the latest issue of Rolling Stone to promote the fifth and final season of Insecure. Issa has big plans post-Insecure, and I have no doubt that she’s well on her way to media-mogul status after she signed a huge, eight-figure deal with WarnerMedia and HBO which will see her producing, developing and starring in many projects. She’s already started – soon after Insecure comes to a close, her new show, Rap Sh-t, will begin. Some highlights from RS:

She usually gets up at 4:20 a.m and walks for an hour: “I hadn’t done my walking since January. During filming, all routine goes out the window, which sucks.”

Her new show, Rap Sh*t, is based on a quote from Jermaine Dupri: Rap Sh*t is said to be about two best friends who decide to take a chance at a Rap career, and while Rae tells Rolling Stone that other artists like Megan Thee Stallion and Cardi B also influenced the series, it was when Dupri came forward “criticizing female rappers for only talking about their p*ssy” that gave Rae pause, she said. In 2019, Dupri stated that he didn’t have a favorite woman in the Rap game because he believed they all sounded similar. “I can’t give you a favorite because I feel like they’re all talking about the same thing. I was talking about these people’s names they gave me. I said, ‘It’s like strippers rapping,’ and it went crazy.” Issa says now of Dupri’s comments:“I was just like, ‘This is so unfair.’ So that inspired the writing of it.”

She has her own record label now too, Raedio: “The conflicts of interest. The perpetuation of specific images, especially when it comes to Black women…I guess I feel more empowered in the film and television industry. We have our own problems, but it is nothing like the music industry. I’m in awe every single day of just, ‘Y’all can do this? This can happen, and it’s still going to happen?’ I have a lot of catching up to do. That feels exhausting in a different way.”

Why she began performing in school: “I was like, ‘Oh, I’m not as good at calculus as I thought I was.’ For me, I found success in creating plays for black people, directing and adapting them. I don’t even remember much about my grades. They were OK, but it was just really about creating a community and discovering my love for the arts.”⁠

I forgot Jermaine Dupri said that, and it reminds me of Snoop Dogg getting his panties in a bunch about Cardi and Thee Stallion last year. The older, male rappers are really mad that younger women are coming into the rap game and out-hustling the men, huh? And Issa is right about the music industry and how it’s worse than the film/TV industry. She isn’t saying Hollywood is perfect, but there have been a series of reckonings in Hollywood and at least things are slowly getting better. The music industry has not done much to change and you can tell.