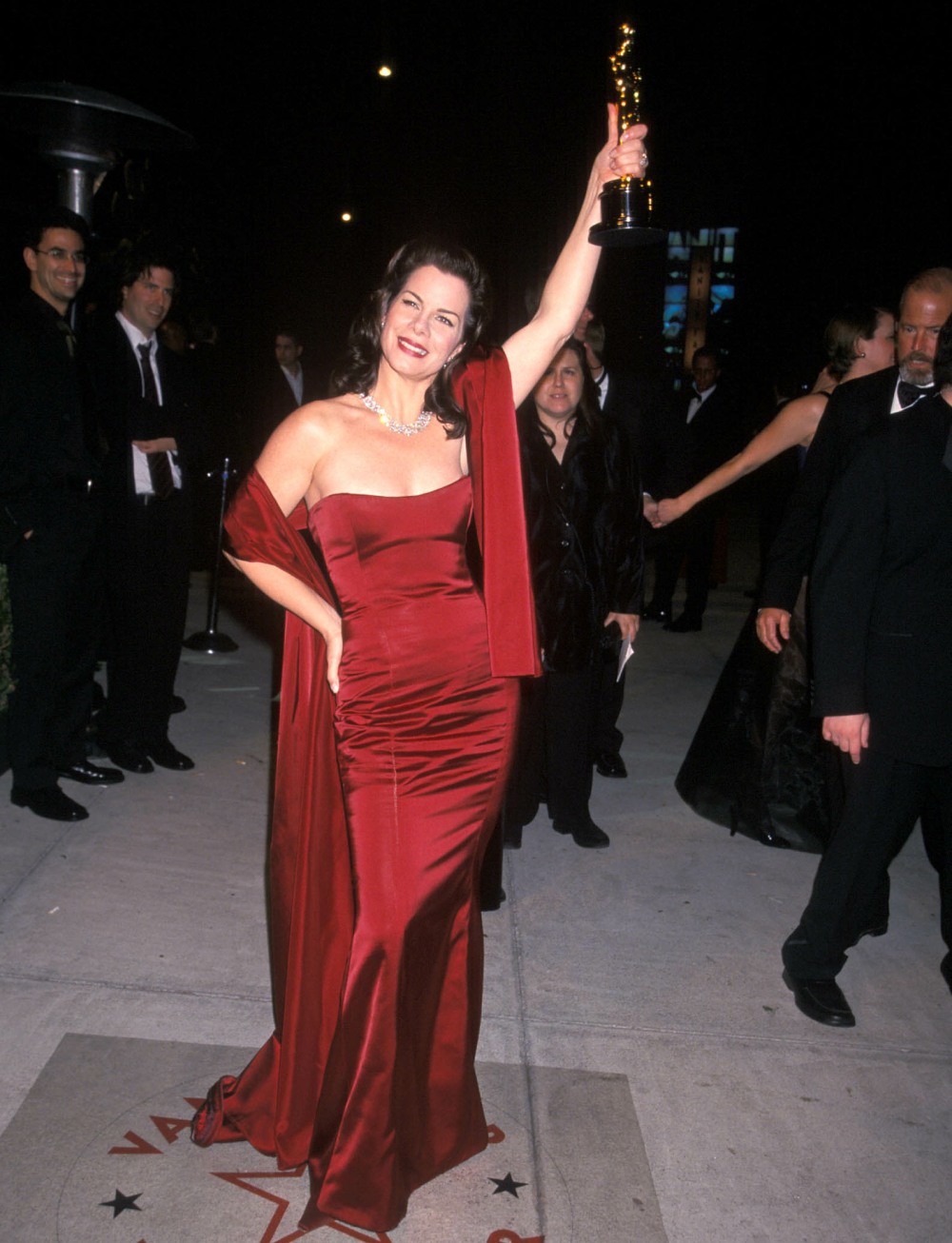 Marcia Gay Harden gave a wonderful interview to Vulture a few weeks ago to mark the 20th anniversary of her surprise Oscar win for Pollock. Harden dished on what the awards season was like back then, what went into preparing for the night of the Oscars, how it felt to win, and all of the stuff that happened after the win. It was a really fun, enjoyable interview and Marcia served up some wonderful 20-year-old gossip about Ed Harris, Kate Hudson, Frances McDormand and more. She also indicated that one of the nominees in the Best Supporting Actress category was “displeased” with her win. The Vulture interviewer used the process of elimination to get Marcia to basically admit that she was talking about Judi Dench, who had been nominated for Chocolat that year. People got really mad at Marcia! They were mad that she dissed an international treasure who had lost her husband just a few months before that Oscar ceremony. So Marcia posted a message to her Instagram:

Marcia Gay Harden has apologized to Dame Judi Dench — claiming her comments about a past Oscars win were “misinterpreted.” Harden, 61, who recently spoke to Vulture about her 2001 Academy Award win for Best Support Actress in “Pollock,” appeared to suggest that fellow nominee Dench, 86, wasn’t pleased about the loss. Harden said Tuesday she is “deeply sorry” after the remarks went viral.

“In a recent interview, one of my answers that related to Dame Judith Dench was misinterpreted. I have never met Ms. Dench – though if I had, I am certain I would have found her to be as generous and supportive as she is respected,” Harden posted to Instagram this week.

Harden concluded her message Tuesday stating, “I am deeply sorry for anything that would have led anyone to think otherwise.”

I mean, I didn’t put it together that Judi was probably not in the best frame of mind at that Oscars because Michael Williams (her husband) passed away in January of that year. Perhaps Marcia had never put it together either until now? And besides, Marcia didn’t go into that interview trying to trash Judi. She was just gossiping about that night and how she felt like one of the nominees was kind unpleasant towards her. Whatever. She apologized. This is why we can never have good celebrity gossip anymore! Celebrities used to trash other celebrities in interviews all the time. I miss that.